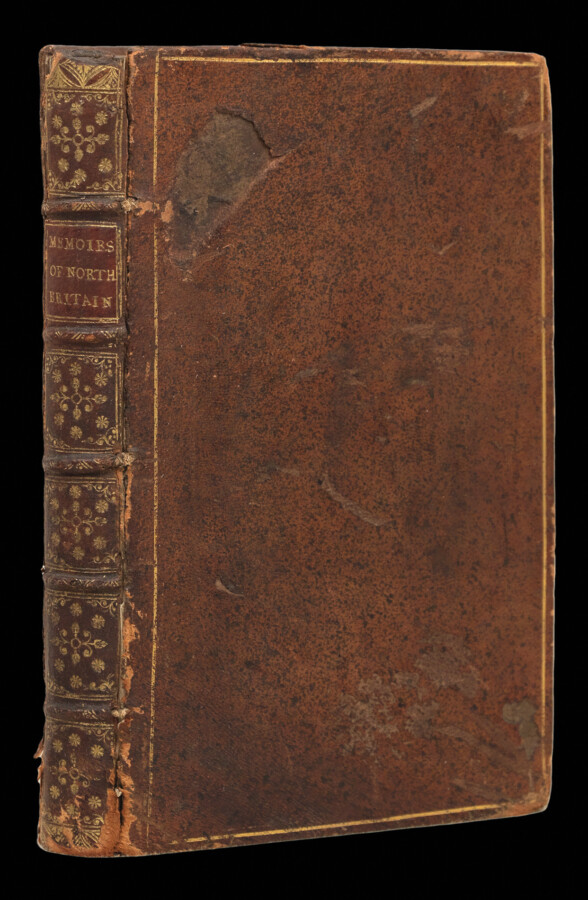 [Darien Scheme]. Memoirs of North-Britain; Taken from Authentick Writings, as Well Manuscript as well Manuscript as Printed. In which it is Prov’d, That the Scots Nation have Always been Zealous in the Defence of the Protestant Religion and Liberty.

One of many books written by John Oldmixon in the early 18th century pointing out the nefarious actions of France. In this volume he assesses the actions and loyalties of the Scots. He notes with particular interest the Darien Colony scheme advanced by Scottish businessmen, also known as the ​“Scottish East India Company.” They attempted to establish a trading outpost on the Isthmus of Darien, and although they had good relations with the natives, Spanish hostility and British pressure forced them to abandon the venture. In this copy the dedication is unsigned. 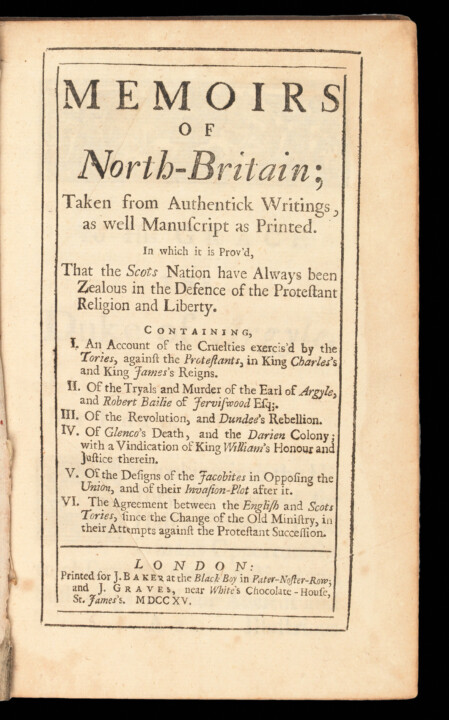