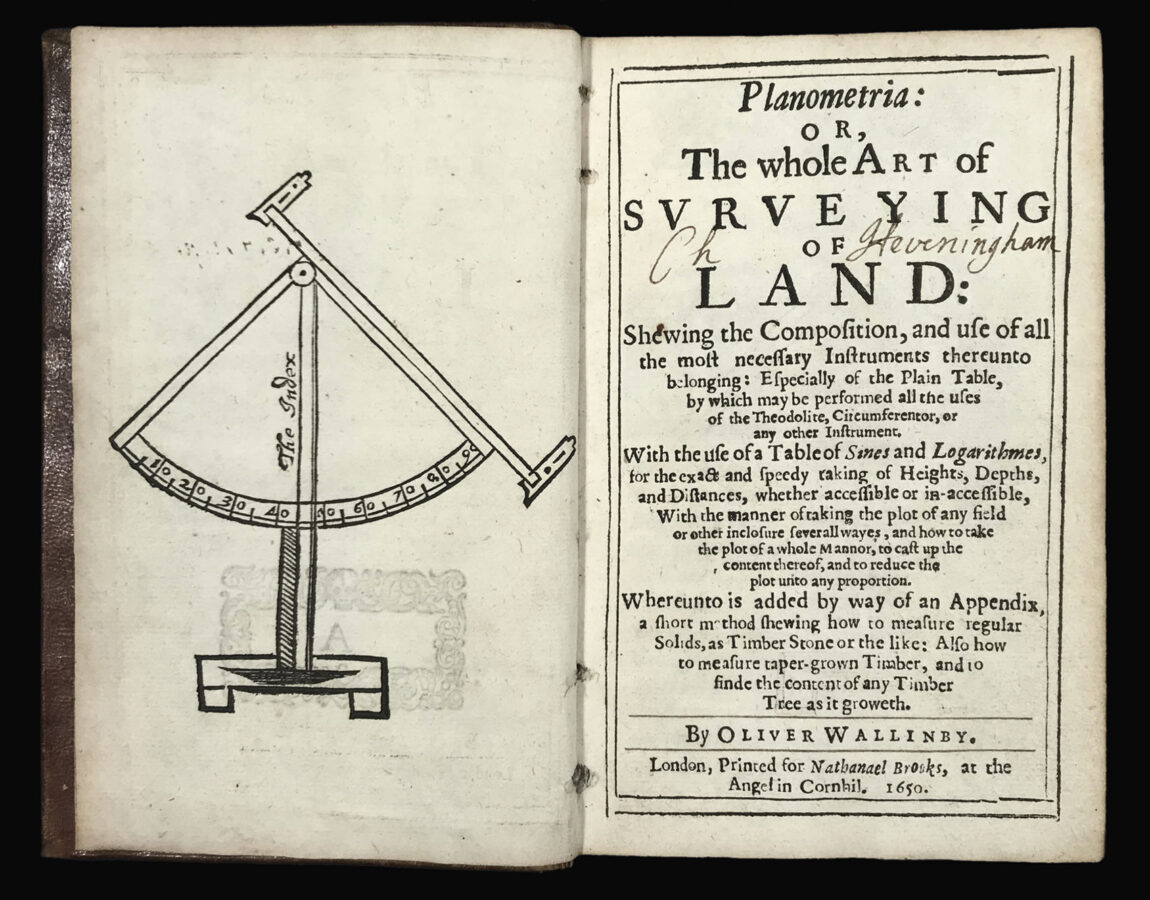 Planometria or the Whole Art of Surveying of Land: Shewing the Composition, and Use of All the Most Necessary Instruments thereunto Belonging.

Leybourn’s study of surveying was highly influential in advancing the practice during the seventeenth century and into the eighteenth. Leybourn began his career as a bookseller and printer, specialising in technical books of scientific and mathematical treatises. In 1650, he turned his attention to writing, when he published a small pamphlet on surveying, the Planometria, the present work, under the pen name Oliver Wallinby, an anagram of his name. This small tract proved so popular that he was obliged to enlarge it, and in 1653 he published The Compleat Surveyor. The work would go through a further four edition in the seventeenth century.
The present work begins with a discussion of the various surveying instruments available, such as plane table, the theodolite, and the circumferentor. Leybourn then goes onto discuss the use of logarithms and trigonometry in the calculation of area, and ends with the measuring of solids, such as timber and masonry.

Due to the publication of the Compleat Surveyor shortly after, the Planometria is a rare work. We are only able to trace two examples appearing at auction since the Second World War. 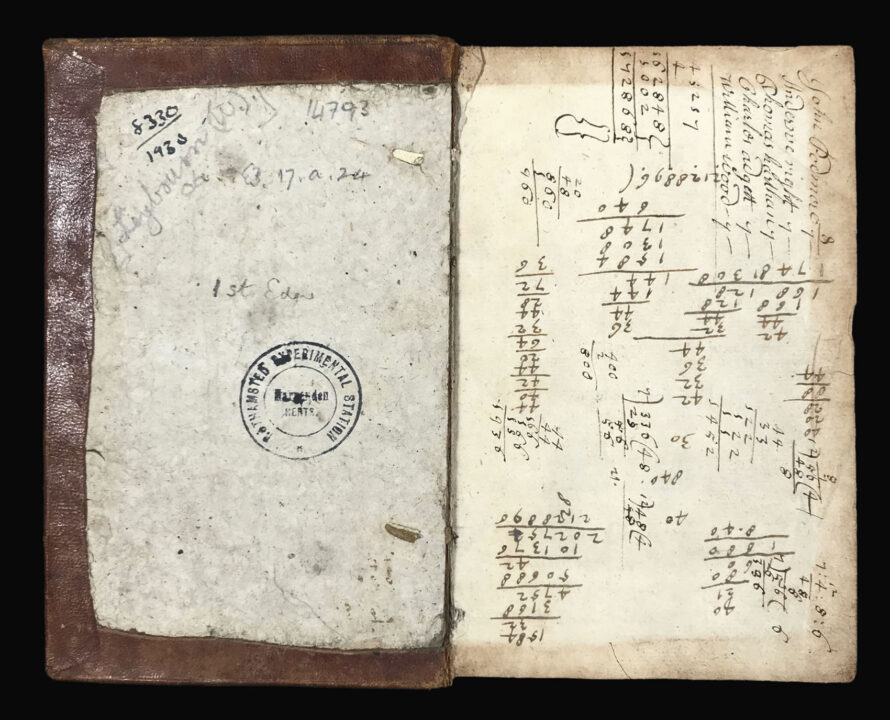 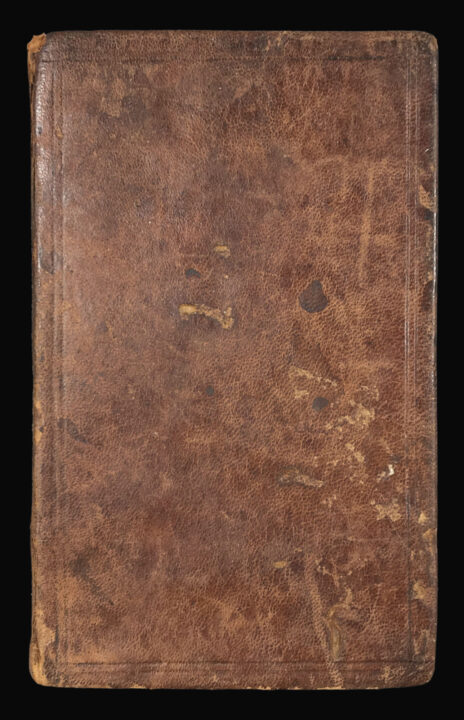