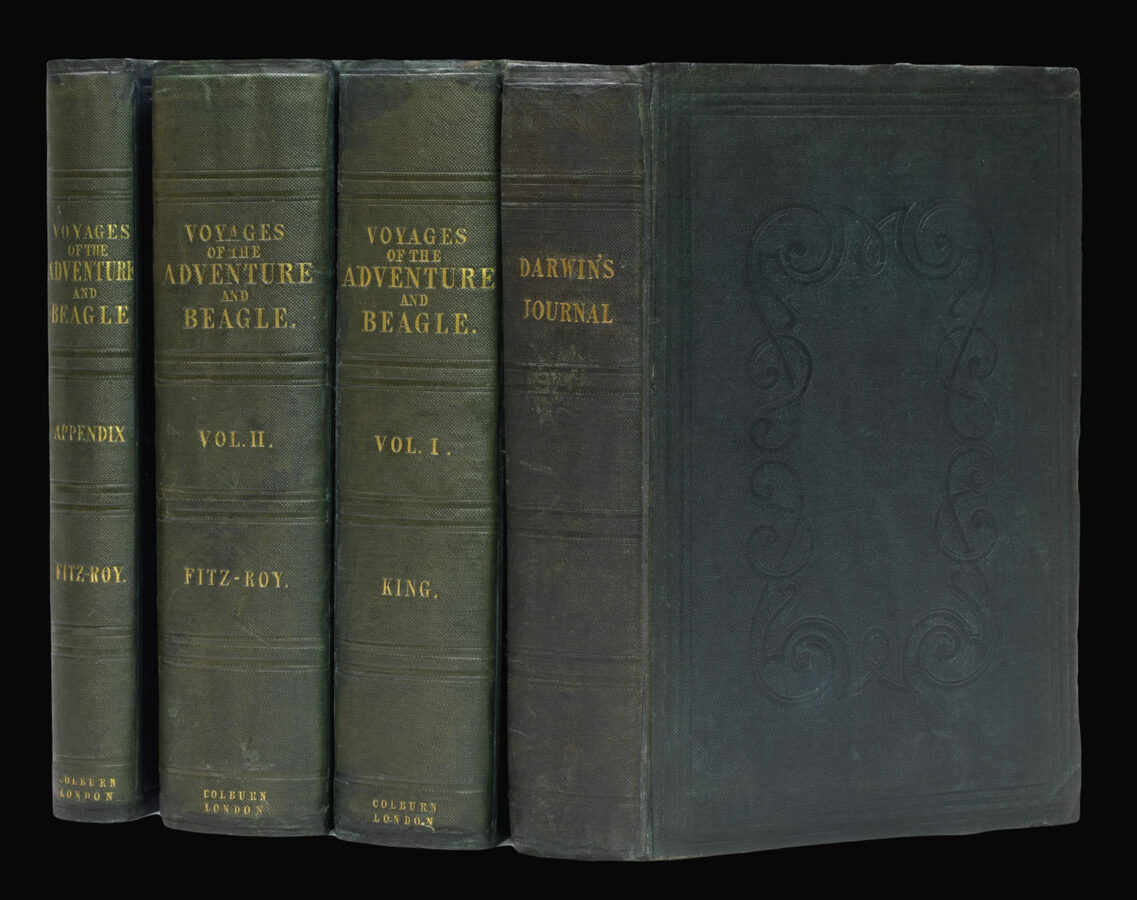 Narrative of the Surveying Voyages of his Majesty’s ships adventure and Beagle, between the years 1826 and 1836.

George Stebbing was FitzRoy’s private assistant, the son of an instrument maker from Portsmouth, brought on board to maintain the chronometers and other navigational instruments.

Darwin’s account is ​“one of the most interesting records of natural history exploration ever written and one of the most important, for it was on this voyage that Darwin prepared for his lifework, ultimately leading to The Origin of Species” (Hill). The voyage of the Beagle was ​“the most important event in Darwin’s intellectual life and in the history of biological science. Darwin sailed with no formal scientific training. He returned a hard-headed man of science, knowing the importance of evidence, almost convinced that species had not always been as they were since creation but had undergone change… The experiences of his five years … and what they led to, built up into a process of epoch-making importance in the history of thought” (DSB).

The third volume of the set is Darwin’s first published book, best-known as the ​‘Journal of Researches or The Voyage of the Beagle’. This is an extremely rare and important presentation copy relating to the voyage of the Beagle. One of a very small number of copies specially-bound for presentation, this copy is inscribed in Darwin’s hand to Andrew Smith, M.D. Darwin visited Smith at Cape Town on the Beagle’s return voyage. He accompanied Smith, superintendent of the South African Museum, on several geological journeys. In a letter to his mentor John Henslow, who had arranged the introduction to Smith, Darwin wrote, ​“he is a capital person and most indefatigable observer: he has brought back an immense collection, & amongst other things a new species of Rhinoceros. If you had heard him describe his system of travelling and mode of defence, it would have recalled the days of enthusiasm, which you have told me, you felt on first reading Le Vaillant.” In The Descent of Man Darwin quoted liberally from Smith’s works on subjects from ​“on Hottentot notions of beauty” to ​“an instance of memory in a baboon.” The men corresponded until 1871, the year before Smith’s death.

The Beagle crew consisted of sixty-five officers and men and nine ​“supernumeraries,” including Stebbing, who was engaged ​“to secure the constant … attendance required by a large number of chronometers, and to be enabled to repair our instruments and keep them in order.” These nine extra men also included ​“Mr. Charles Darwin … a young man of promising ability, extremely fond of geology, and indeed all branches of natural history” (Voyages of the Adventure and the Beagle, vol. II, pp. 19–20).

No other presentation copy of Darwin’s ​‘Journal’ has appeared on the market in the last seventy years. 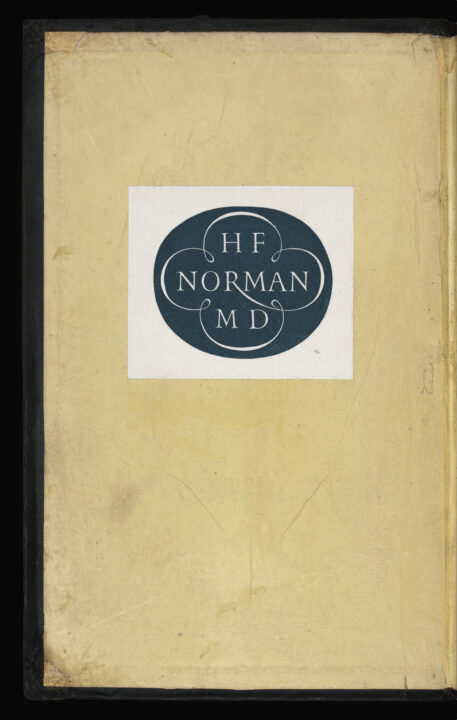 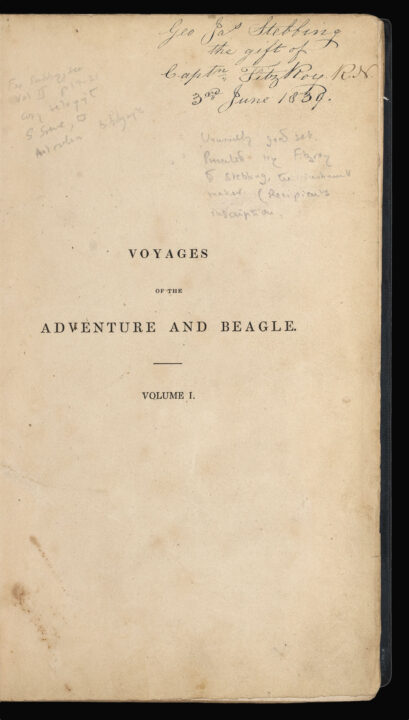 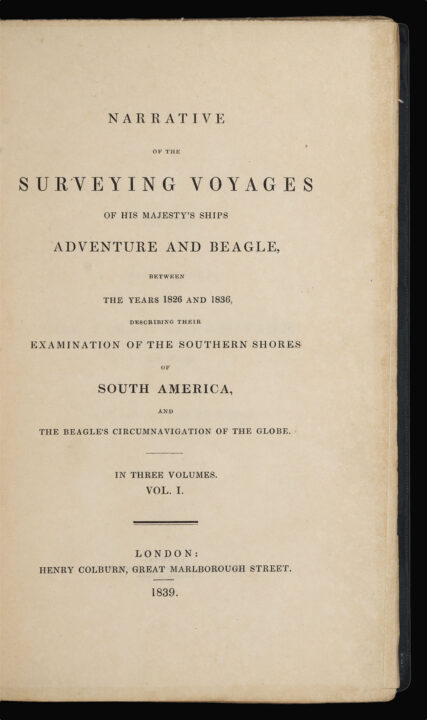 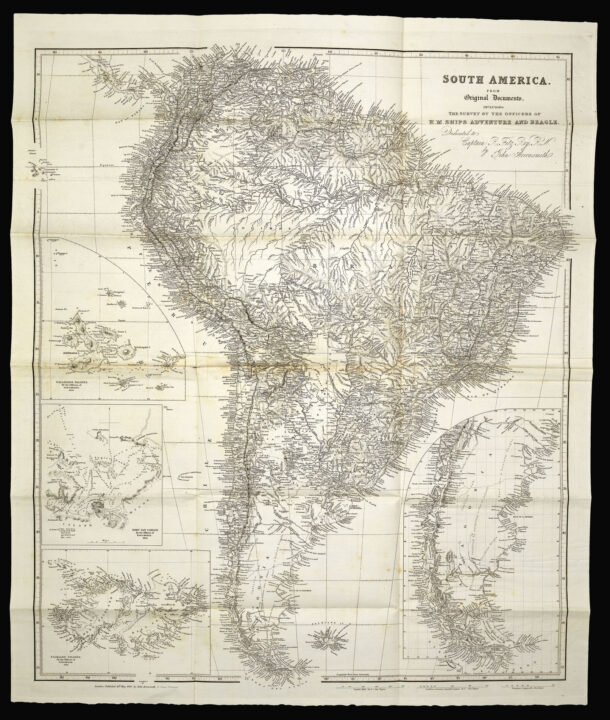 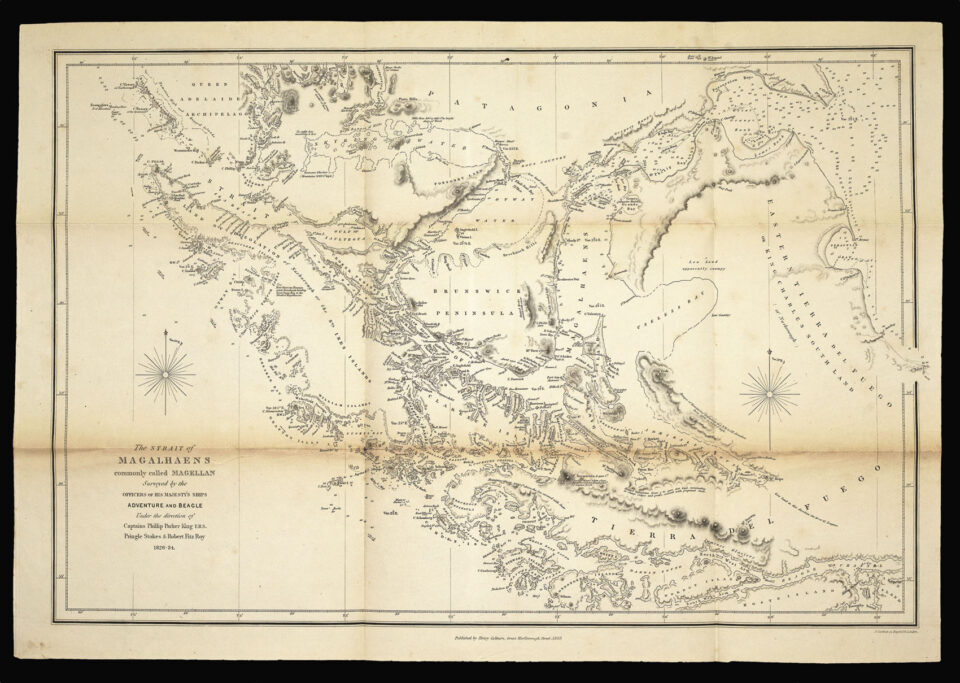 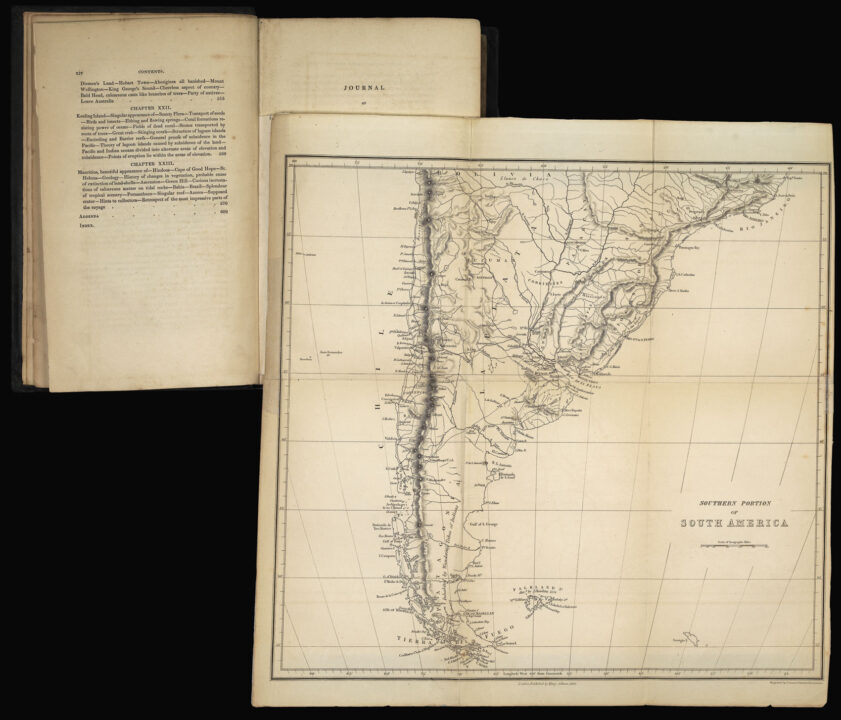