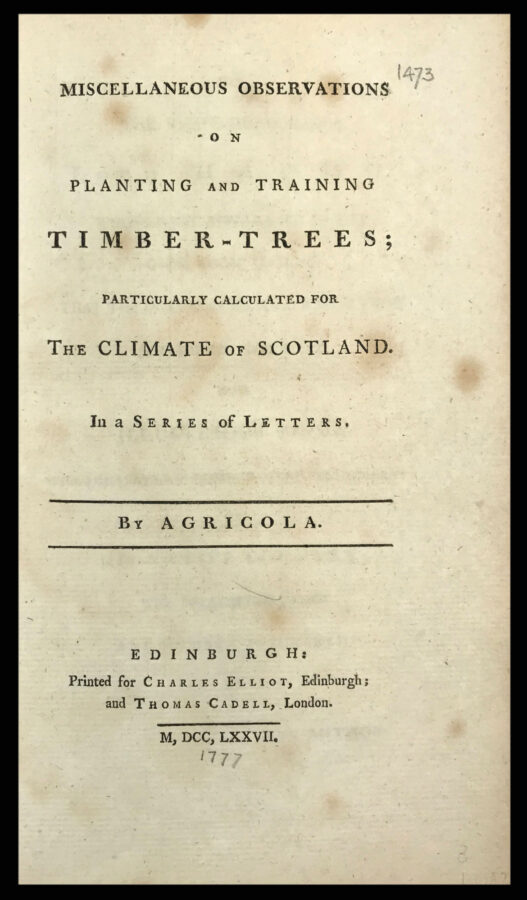 Miscellaneous observations on planting and training timber-trees; particularly calculated for the climate of Scotland. In a series of letters.

A rare treatise on timber-trees written under a curious pseudonym.

From 1771–1773, agriculturalist James Anderson wrote a series of 11 letters to the Edinburgh Weekly Amusement on the state of Scotland’s timber industry. These correspondences proved so popular that they were published in book form four years later, under the pseudonym ​‘Agricola’, an apt alias for a dendrologist. Following the death of his parents, the 15 year old Anderson had been forced to take over the family farm, which equipped him with a great deal of practical experience in planting and maintaining land. At this point in time, Scotland was experiencing a deforestation crisis, much like the rest of the British Isles. In this commentary, Anderson sets out several ideas for the preservation and propagation of new timber stores. His writing relays a number of successful horticultural experiments, instructions on how to effectively extract sap from various trees, and his views on soil quality.

This last point was one which later won Anderson great renown, as his theory of rent — an important precursor to later economic understanding — was largely based around the quality and fertility of soil. In fact, it won him the admiration of many notable contemporaries, including Jeremy Bentham and George Washington. He also corresponded with Robert Burns, who was later to publish some of his own work under the name ​‘Agricola’. Whether he appropriated the pseudonym directly from Anderson is unclear, but it certainly seems a strange coincidence that both writers chose such an obscure pen-name.

​‘On planting and training timber-trees’ was published in both Edinburgh and London, but only one edition was issued. As a result, the volume is particularly rare, and we have been able to trace only one other example of the book on the market. 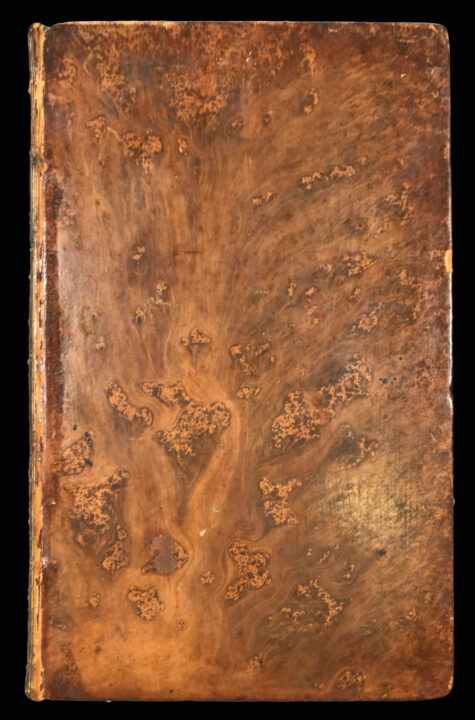