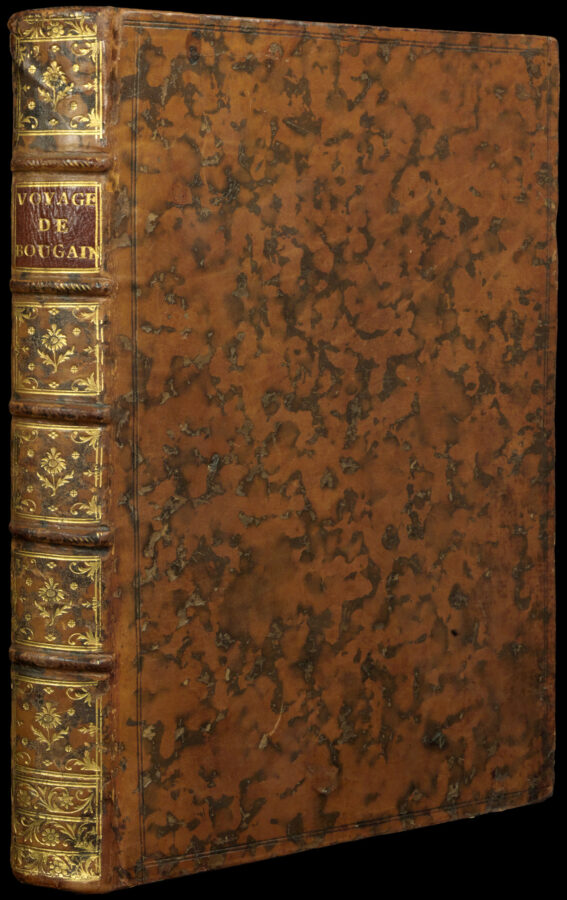 The first French expedition to sail around the world.

Bougainville had been sent to hand over control of the Falkland Islands to Spain. ​“He gives an account of the discovery and occupation of the islands … and a chapter devoted to their natural history … He then proceeded through the Strait of Magellan and across the Pacific to the East Indies and thence home in a three-year voyage that was France’s first official circumnavigation of the world … Bougainville created a great deal of interest among the French in the Pacific, which resulted in the voyages of Nicholas Marion du Fresne and Jean Francois de La Perouse. The largest island in the Solomons and two straits in the Pacific bear his name, and the tropical flowering vine Bougainvillea was named after him. Later in life, Bougainville took part in the American Revolution and was made a senator and count of the Empire of Napoleon I. This account confirmed Jean Jacques Rousseau’s ​‘noble savage’ concept, and inspired Denis Diderot to pen his denunciation of European contact with indigenous peoples” (Hill).

Bougainville’s voyage across the Pacific touched at the Tuamotu archipelago and Tahiti (where Ahu-toru, a Tahitian, was taken back to France), before progressing to Samoa, the New Hebrides, the Solomon Islands, and the previously unknown Louisiade Archipelago. 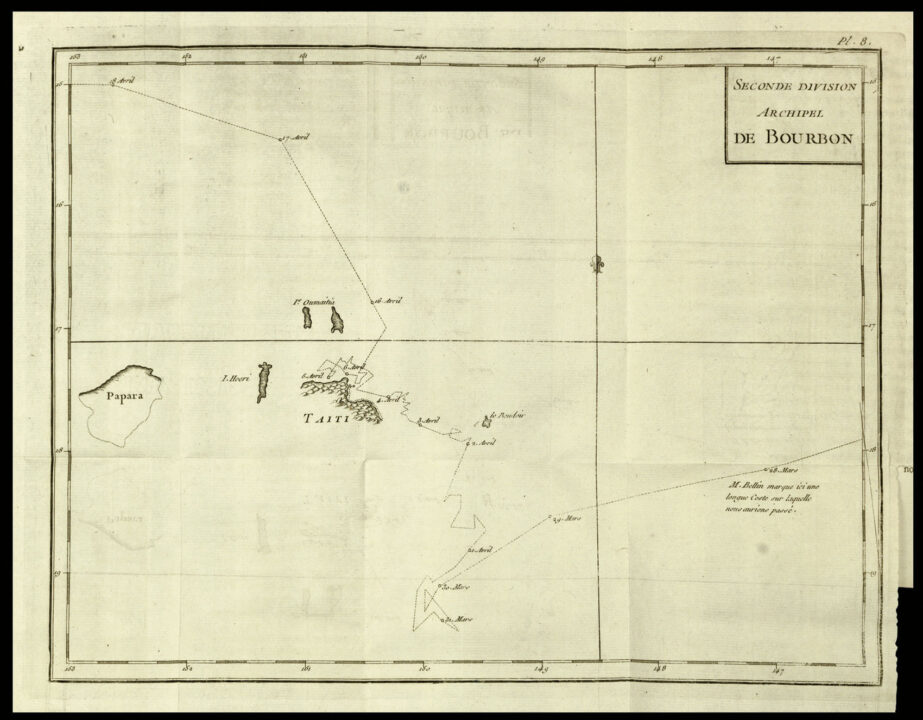