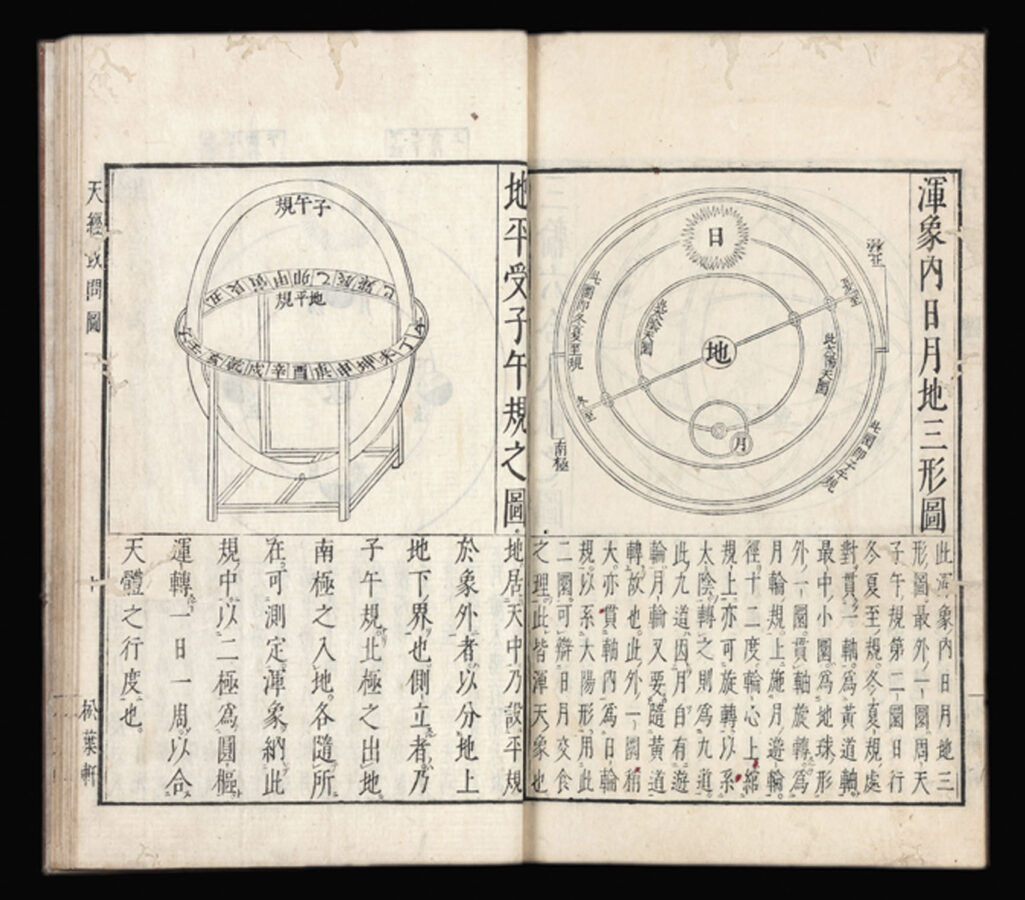 First edition to be printed in Japan of this rare and important astronomical and geographical text which exercised a profound influence on Japanese astronomy and geography. There was an extremely rare edition printed in China — no copy seems to have survived in its native country — in 1672 (or 1675). The present edition consists of three volumes in Chinese and a fourth supplementary volume in Japanese, entitled Tengaku shogaku mondo, written by Seikyu Nishikawa (1693–1756).

​“The Tianjing huowen, brought to Japan about 1672–79, combined ancient Chinese theories, the theories of the natural philosopher Zhu Xi (1130–1200), and the recent philosophical opinions of Fang Yizhi (1611–71) with knowledge that had been obtained from the Jesuits. Although the Tianjing huowen did not receive much attention in China, it was widely available in Japan and inspired many explanatory and critical books, especially after Nishikawa Masayasu (1693–1756) published the first Japanese version in 1730. Of particular importance was its illustration of the stars around the South Pole, which had not been shown on previous celestial maps; the book therefore provided the Japanese with their first knowledge of such stars.”–Miyajima, ​“Japanese Celestial Cartography before the Meiji Period” in History of Cartography, Vol. 2, No. 2, p. 585.

This treatise was allowed to be imported into Japan and printed by the censors ​“because of its purely astronomical nature. Although it is in effect a treatise on Western astronomy, it contains no elements of Christianity. During the Tokugawa period everyone with an interest in astronomy read it.”–Nakayama, A History of Japanese Astronomy, p. 101 (& see pp. 101–04).

​“The Chinese text most influential in Japan was the T’ien-ching huo-wen…authored by Yu I, who studied under the prominent scholar Hsiung Ming-yü, a close friend of the Portuguese Jesuit Manoel Dias (1574- 1648)…The T’ien-ching huo-wen was brought to Japan after its first printing in China and was already widely known before the first Japanese reprint appeared in 1730…Very popular among Japanese intellectuals, it was reprinted many times with commentaries and was viewed as a classic in astronomy — partly because of the scarcity of such works.”–Sugimoto & Swain, Science & Culture in Traditional Japan, p. 261.

Harumi Shibukawa (1639–1715), ​“one of the greatest astronomers to have lived in Japan” (Miyajima, p. 588), based his knowledge of Western astronomy entirely on the Chinese edition of the present text; he was ​“especially impressed by its clear explanation, using a geometrical model, of eclipses, which he had never found in Chinese calendrical writings.”–D.S.B., XII, p. 404.

Tienjing Huowen is partly based on the work of the Jesuit scholars in China, members of the Jesuit missions sent from Rome from the sixteenth century onwards. Matteo Ricci and Ferdinand Verbiest were the most notable of these missionary-scientists who brought western knowledge of astronomy and other disciplines to China. The following Jesuits in China are specifically mentioned in the text: Matteo Ricci, Giacomo Rho, Manoel Dias, Niccolo Longobardo, and Jan Mikolaj Smogulecki.

The identification of the South Polar stars, particularly the South Star (sigma Octanis), barely visible to the naked eye and sitting directly overhead the Earth’s South Pole, is important. Knowing its location is the key to understanding the workings of all the stars of the Southern Hemisphere since it is the South Star that these stars circle every night. This information is crucial for navigation and map-making. The geographical maps are of particular interest: four separate maps form a double-hemisphere world map, including a southern hemisphere with a very distinctively-shaped Australia joined to a southern continent. The celestial and world maps here are entirely based on the work of Ricci and Verbiest.

Nice set, preserved in a box. 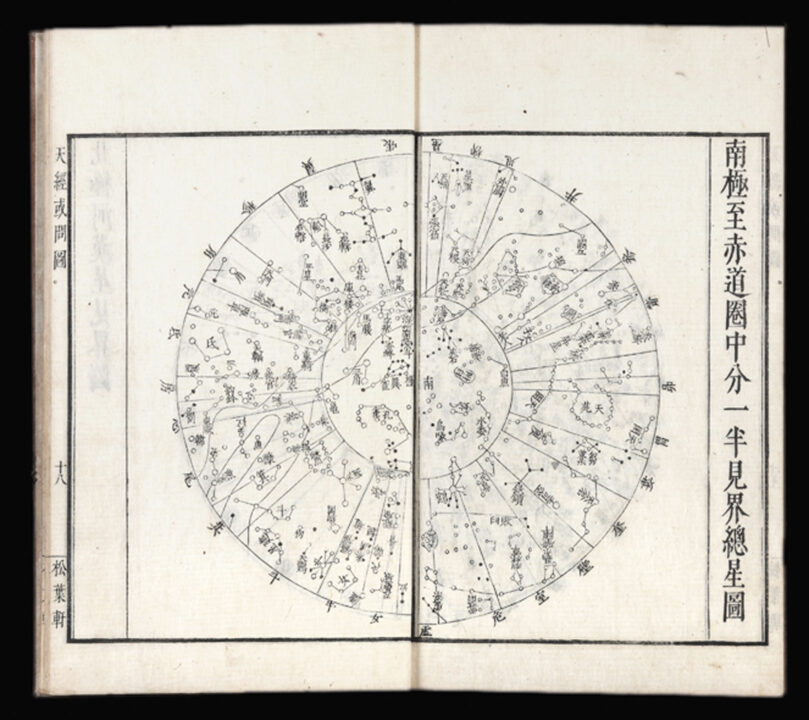 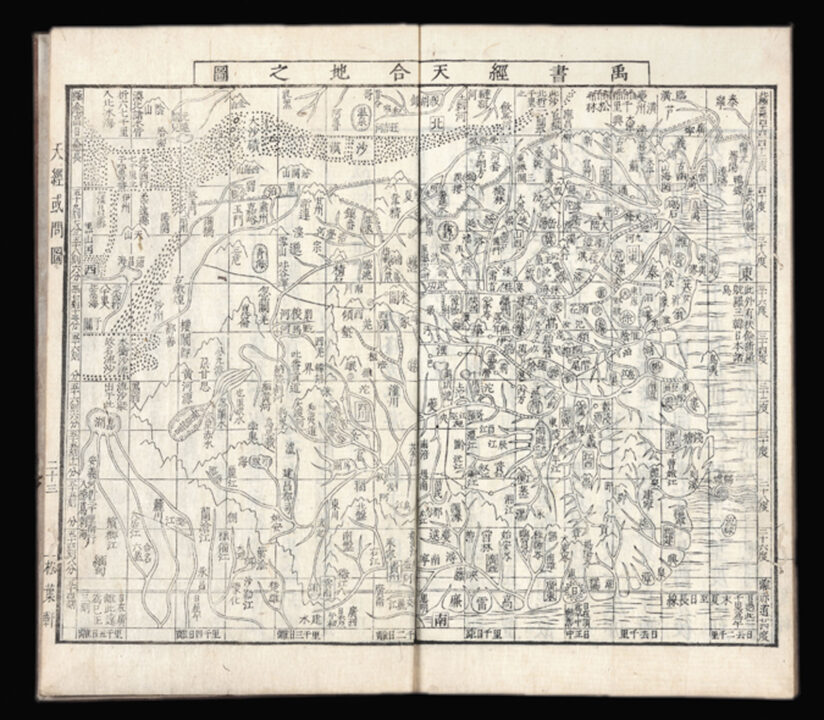 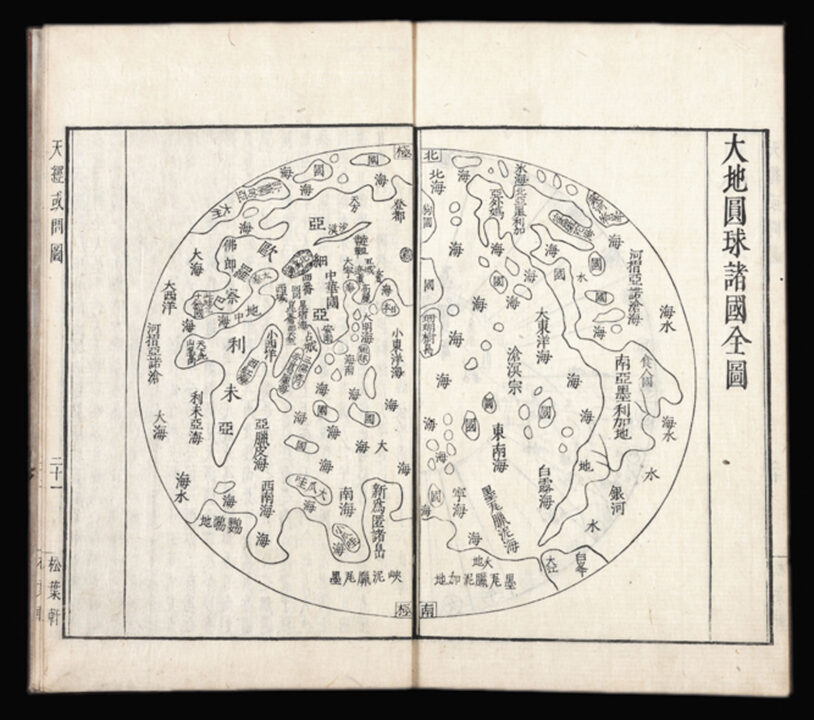