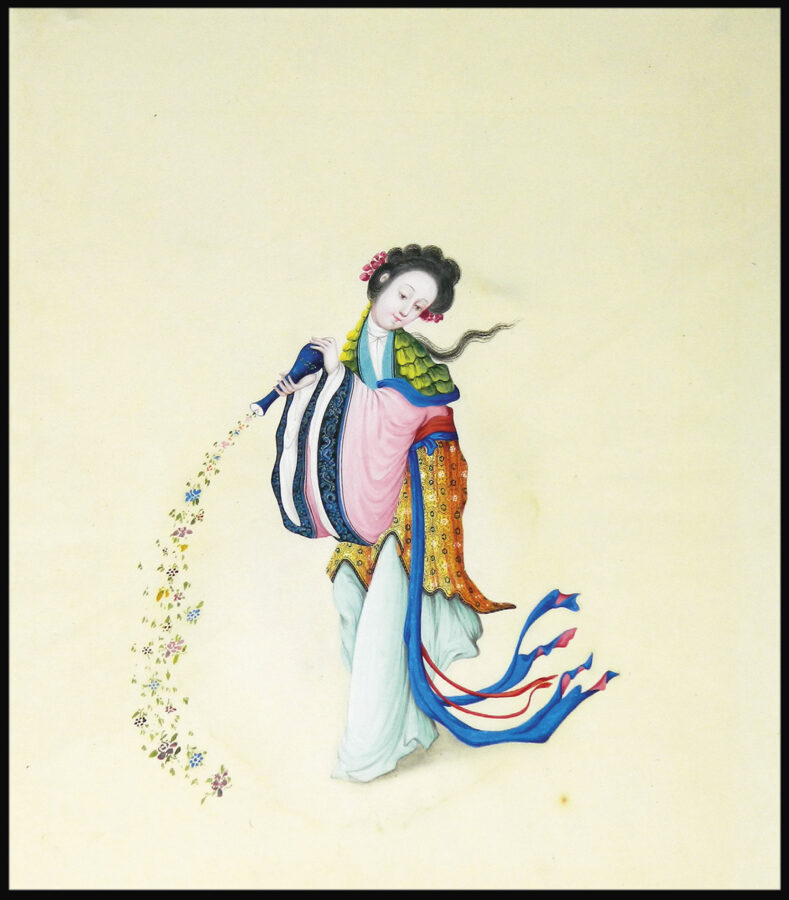 Fine Chinese album of watercolours of the Eight Immortals

An exceptional collection of brightly coloured paintings of immortals from the Taoist Pantheon.

Some of the paintings portray: Li Tieh-Kua as elderly and elegant sitting with a white crane; Lu Dongbin; Zhang Guolao; Lan Caihe; He Xiagu. The representation of He Xiangu is of particular beauty: dressed in flowing silk, she dispenses a cascade of flowers and petals.

The Eight Immortals became immortal deities through the means of Taoist religion. Within the myth, they lived on an island paradise called Penglai Shan, found east of China, which only they could traverse due to the ​“weak water” which would not support ships. Among the eight immortals, Li Tieh-Kuai was one of the more popular, and was depicted as a man leaning on crutch and holding a gourd. Some say that in the myth the ​“gourd had spirals of smoke ascend from it, denoting his power of setting his spirit free from his body.” Lü Dongbin is usually portrayed as a scholarly, clever man with a genuine desire to help people obtain enlightenment and to learn the Tao. However, he is often portrayed as having some character ​“flaws”, not an uncommon theme for the colourful Taoist immortals, all of whom in general have various eccentricities. The immortal Zhang Guolao was also a hermit. Famous for his skills in magic, he traveled around on a white mule that he could fold up like a sheet of paper and put into a carrying bag. The immortal Lan Caihe sometimes appears as a man and other times as a woman. He is usually shown with a flute or a basket of fruit.

The eighth Xian, He Xiangu, is the only one who is definitely a woman. As a young girl, He Xiangu dreamed that a spirit told her to grind up and eat some mother-of-pearl. She did this and became immortal. Thereafter, she floated from mountain to mountain gathering herbs and fruit. Artists generally portrayed her as a beautiful woman wearing a lotus flower in her hair or on her clothing.

Lord Mark Robert Kerr, Marquis of Lothian. He was Lieutenant on board the Lion, Earl of Macartney’s mission to China in 1793. 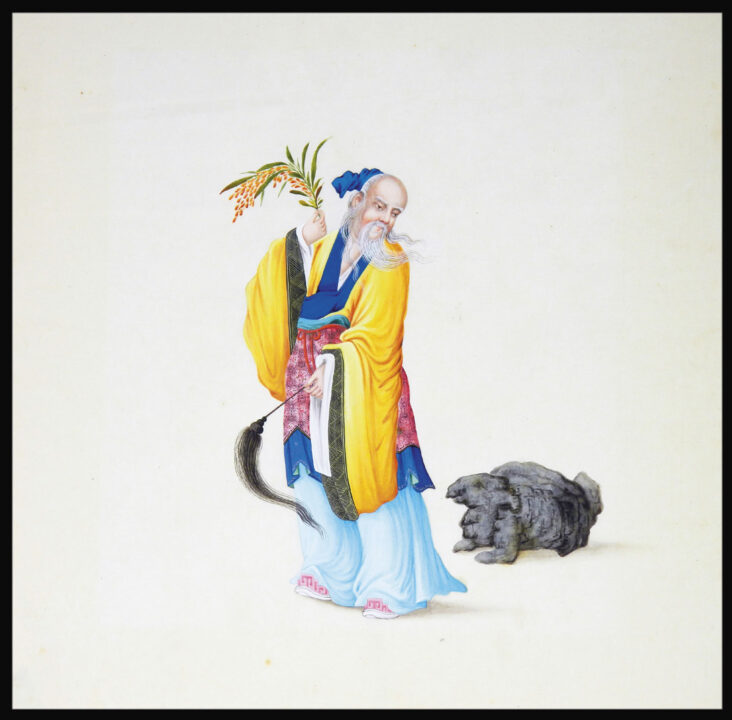 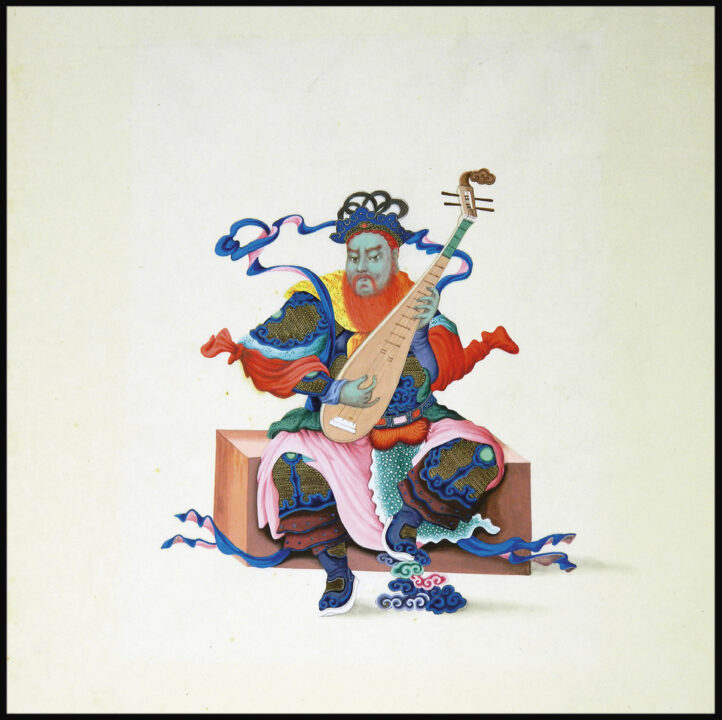 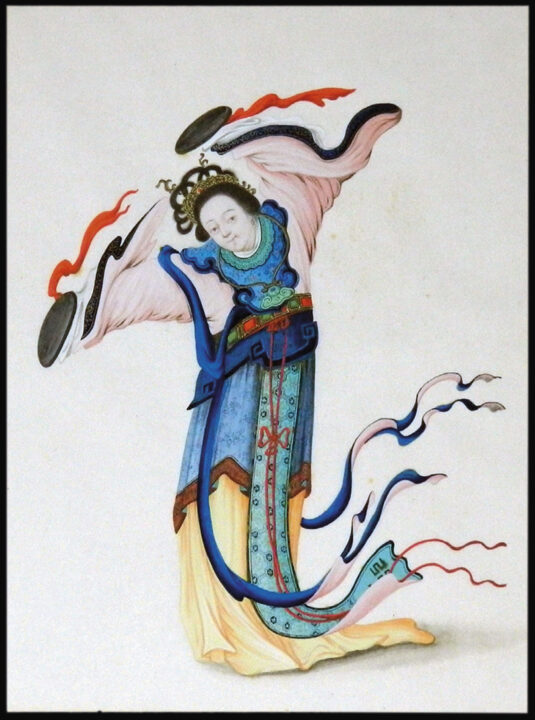 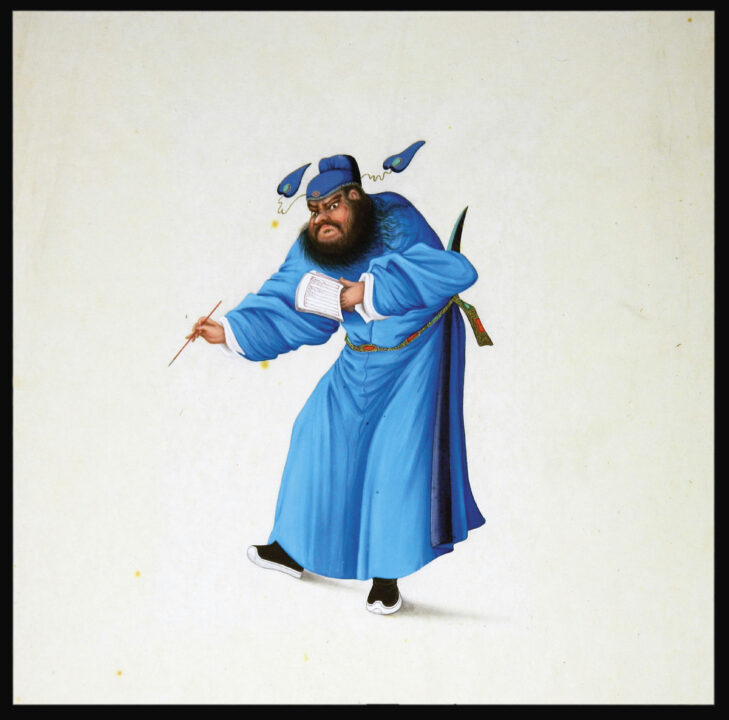 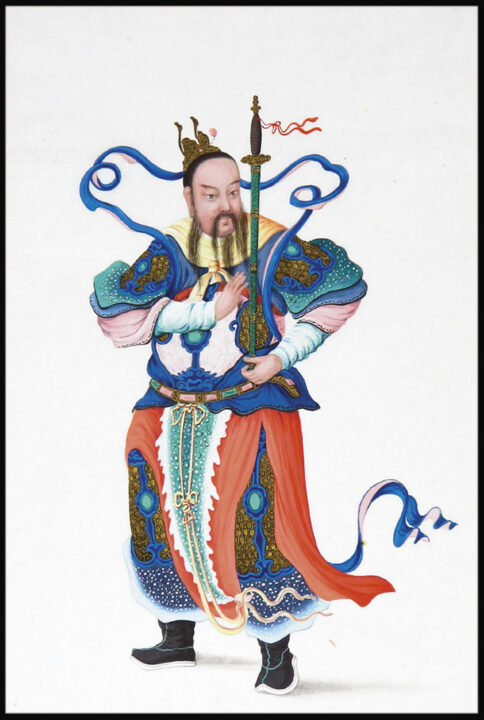 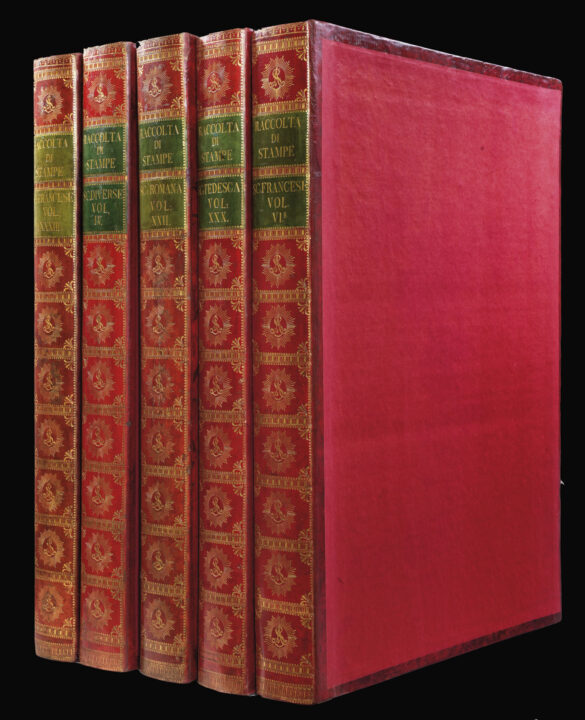