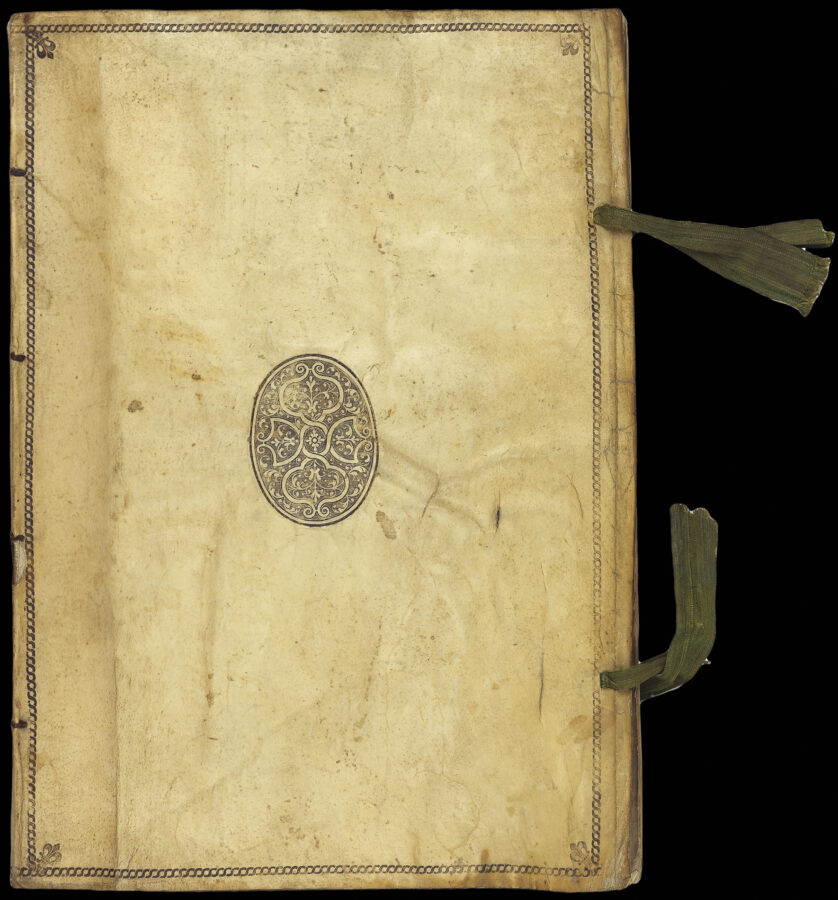 A fine copy of the first German edition of de Bry’s seminal work on the early exploration and mapping of America.

The work records the history of the failed Roanoke colony in North Carolina, established by the British some five years earlier in 1585. The expedition to found the colony had been sponsored by Sir Walter Raleigh and led by Sir Ralph Lane. Also aboard were Thomas Harriot and John White. Harriot — Raleigh’s tutor in navigation — was sent as linguist, recorder and surveyor of land to ascertain its suitablity for farming and trade. White was there to produce visual records and maps in order to encourage further investment in the nascent colony. The text, which Harriot produced upon his return from Roanoke, is the first description of the Virginia and Carolina country. It was first published in 1588 — only six copies are known — and is here republished by De Bry in German. The map by John White that accompanies the text is here present in the extremely rare first state with the village to the right of the native woman and child engraved ​‘Ehesepioc’, is ​“one of the most significant cartographic milestones in colonial North American history”(Burden). It was the first map to delineate the Chesapeake Bay and contains the first printed use of the name ​‘Chesapiooc Sinus’.

White was also responsible for the wonderful illustrations which detail the Carolina Indians and their customs, costums, rituals, hunting practices and dwellings, finely engraved here by De Bry. The originals reside in the British Library and were the focus of British Museum Exhibition in 2007. De Bry also includes 5 plates of the ancient Picts of Scotland with whom he wished to compare the Carolina Indians.

In 1587 White retuned to Roanoke as Governor together with 12 assistants. However, they landed with insufficient supplies and White was forced to return home to garner more assistance. Due to the Spanish Armada White did not return to the colony until 1590 by which time the colony and its colonist had vanished. 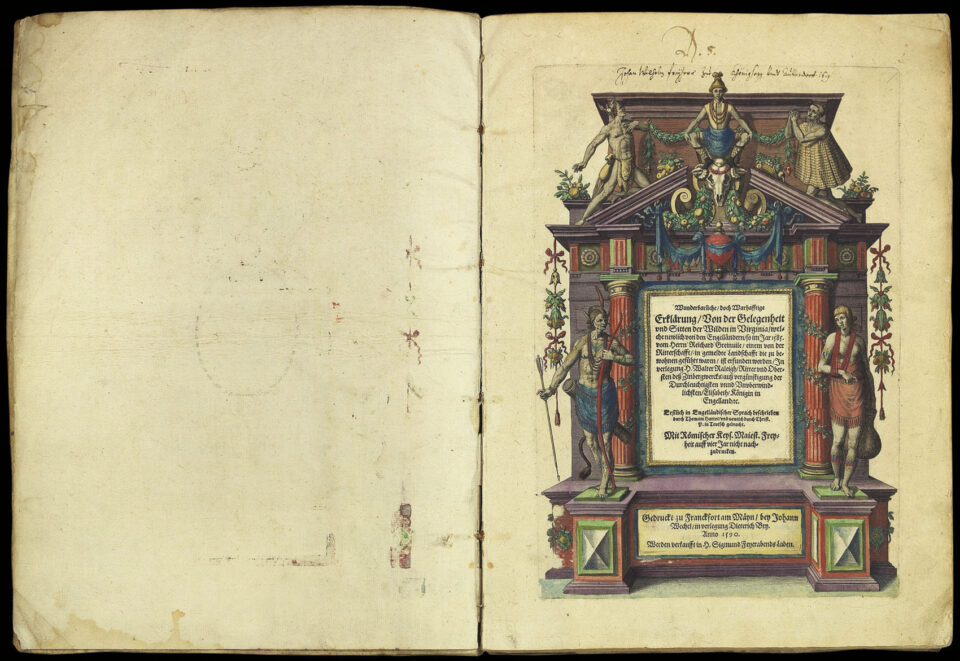 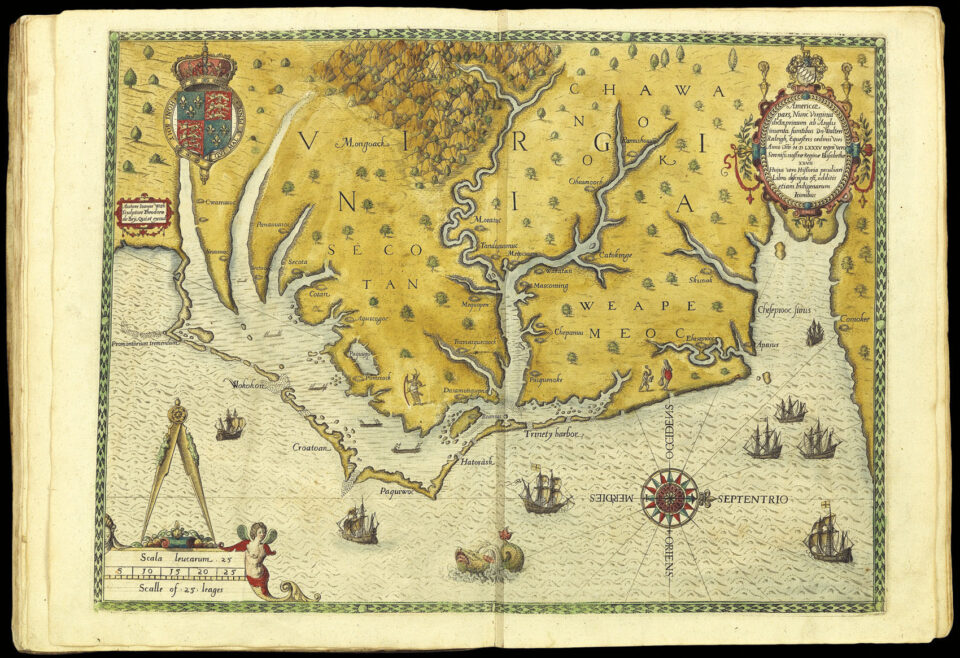 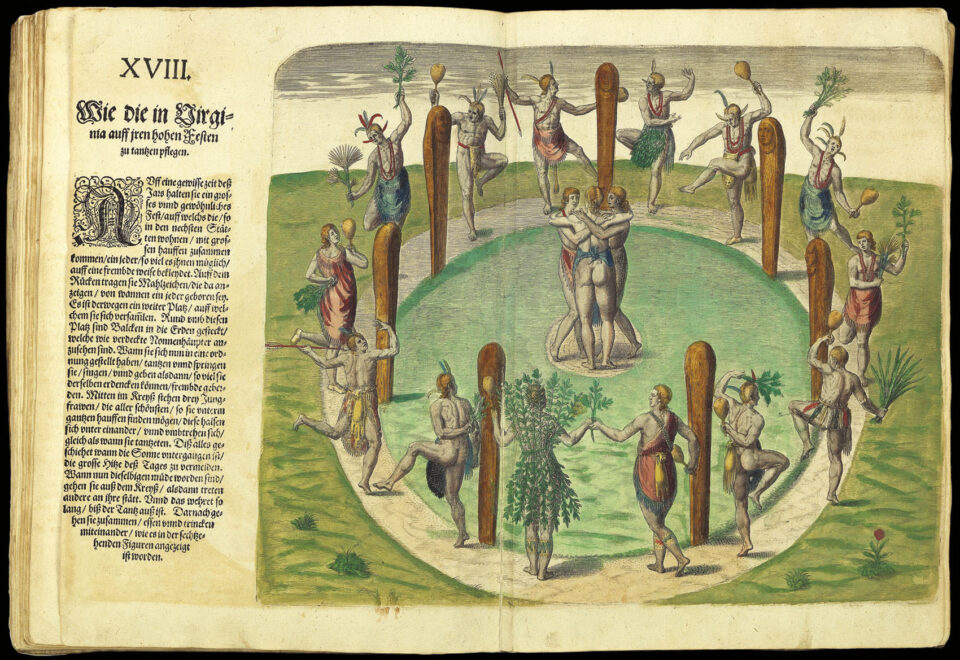 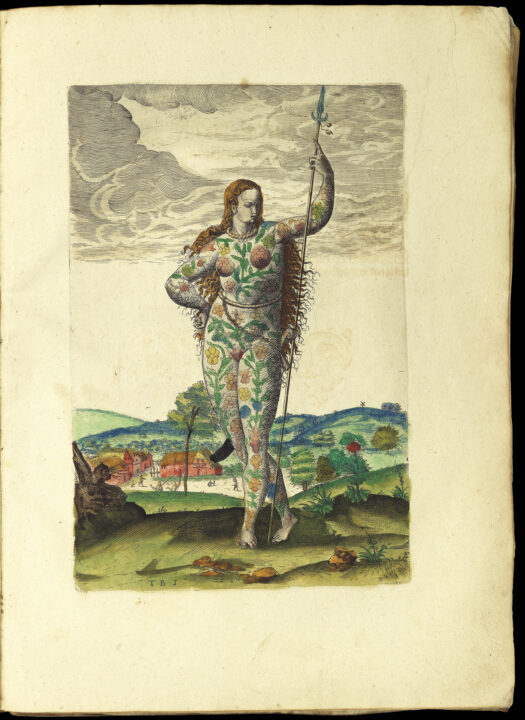 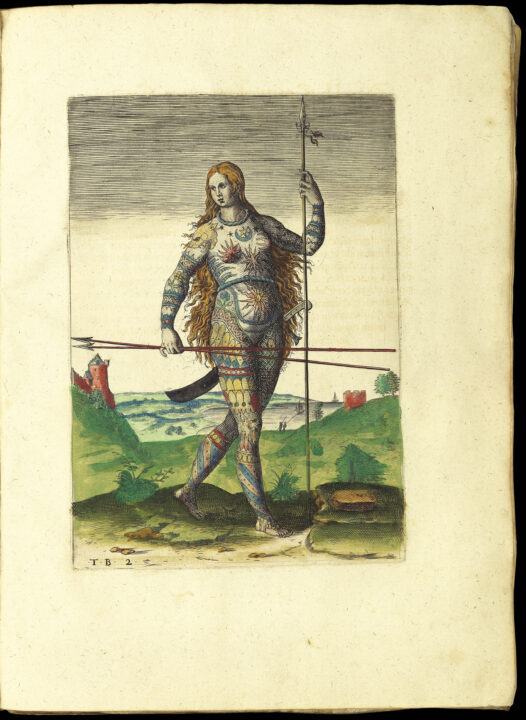