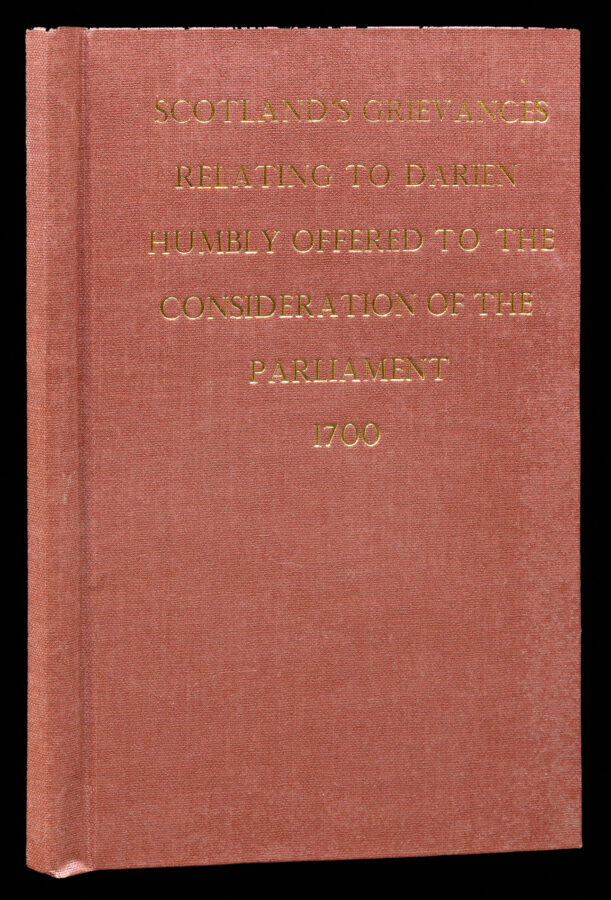 Scotland’s Grievances, Relating to the Darien, &c. Humbly offered to the Consideration of the Parliament.

A rare pamphlet relating to the injustices meted out by the English Parliament on Scotland; with particular reference to the Darien Scheme.

George Ridpath (d. 1726) was a Scottish journalist and pamphleteer, who seemed to be in constant trouble with the then Tory authorities. 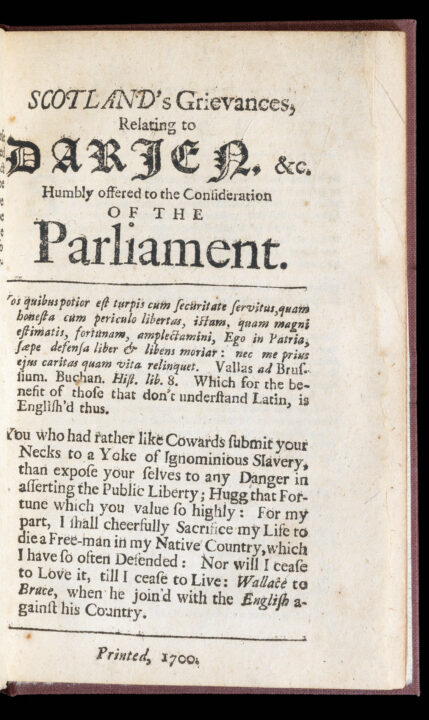