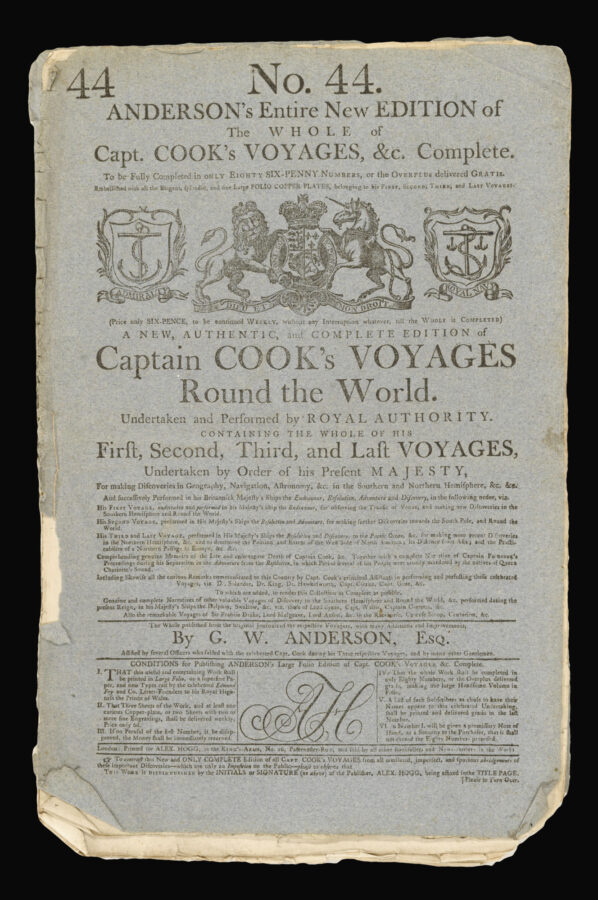 A new, authentic, and complete Edition of Captain Cook’s Voyages round the World. Undertaken and performed by Royal Authority. Containing the Whole of his first, second, third, and last Voyages…

This folio contains the 44th installment of the account of Captain Cook’s voyages produced by G.W.Anderson in 1785. During his three great voyages on HMS Endeavour, Resolution, Adventure and Discovery, Captain James Cook made a revolutionary contribution to the geographical understanding of the Southern Hemisphere. Unsurprisingly, upon his return the public appetite for the stories of his adventures was huge. In response to this demand, G.W. Anderson produced his complete edition of Cook’s journeys, in a variety of formats including large compendia, and smaller collections. The account was also serialised into 80 six-pence parts to make it accessible to all the ​“many Thousands of Persons who would wish to peruse the valuable Discoveries”. Within the series appear original accounts recorded by Cook himself, or other sailors on his travels, as well as frequent additional material supplied from other sources to give added depth to the narrative.

This issue is comprised of four double-sided and double-columned pages of text, describing Cook’s experiences in China and Macau, as well as two full-page copperplate engravings. The first of these vivid illustrations depict a human sacrifice witnessed by Cook in Tahiti, and the second shows the equally striking image of the earlier explorer, Thomas Doughty, beheaded on the orders of Sir Francis Drake. The travels of Drake, alongside those of some other British explorers, are also included in Anderson’s account. It is not entirely clear why these images are included here, in the 44th installment, but they certainly intensify the portrayal of the ​“extraordinary and important Voyages and Discoveries” described throughout the series. The entire collection of all 80 issues contain a total of 124 such engravings, and 31 maps and charts. The serialised edition was produced for popular consumption at a cheap price, and for this reason the individual issues were often subject to neglect and damage from handling, making the survival of this example a rare find. 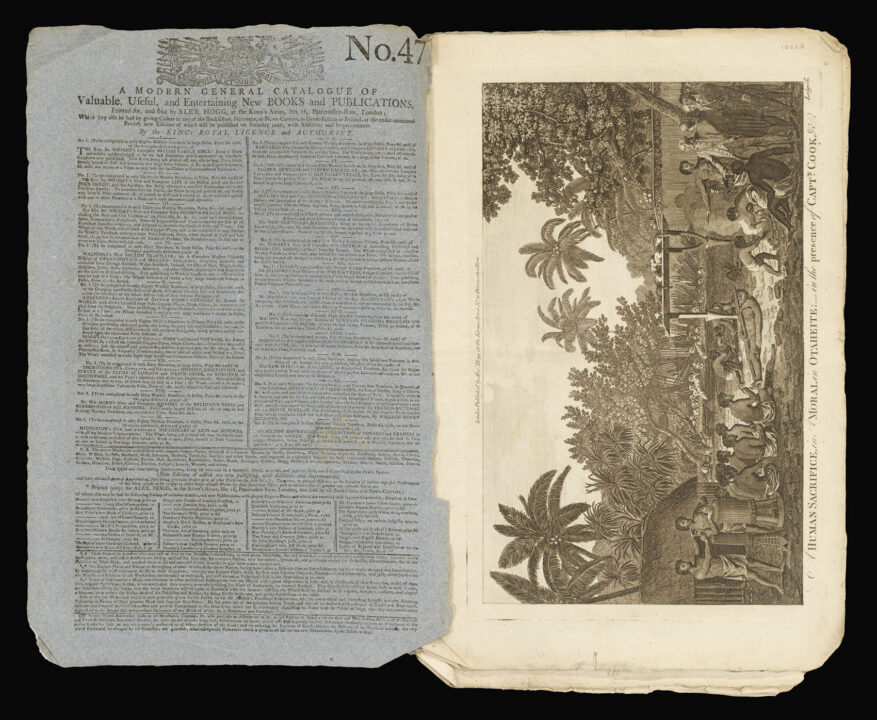 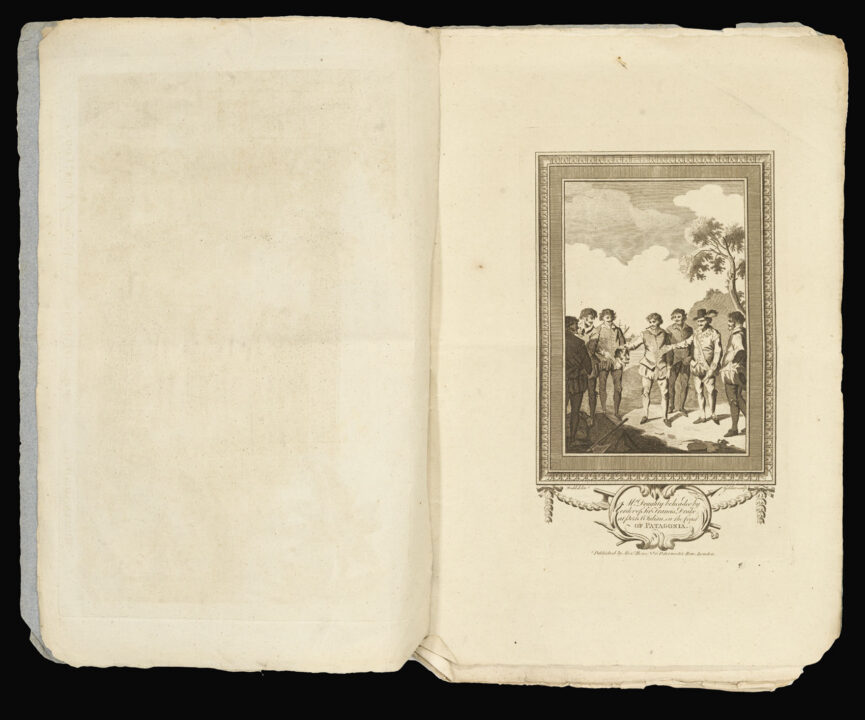 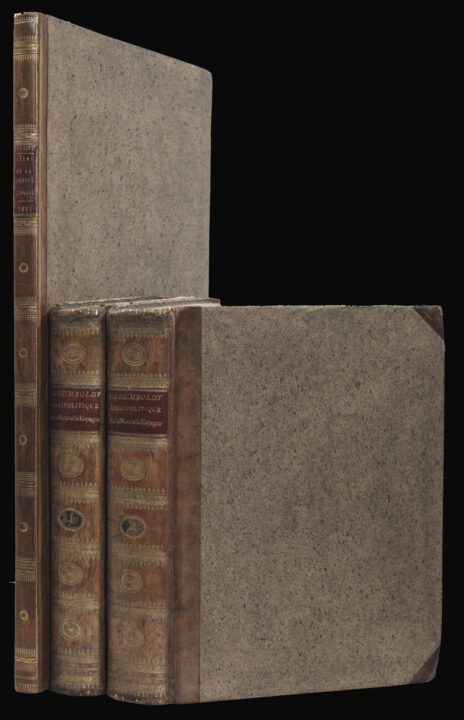