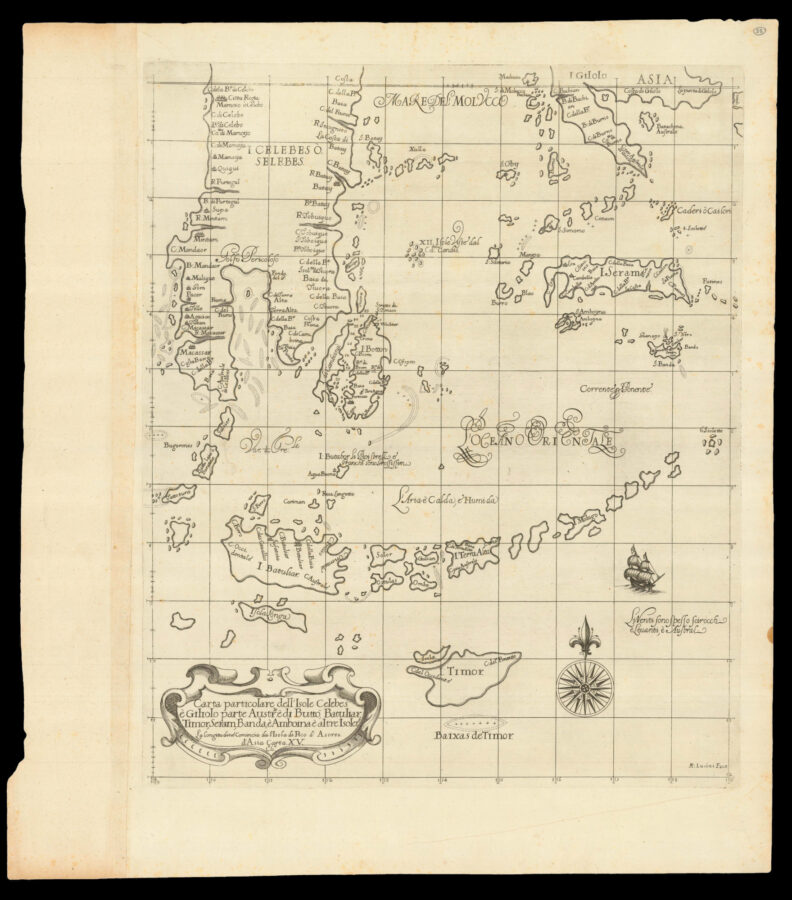 Chart of the southern routes to the Spice Islands

Dudley’s beautiful chart of Indonesia, from the Celebes in the north, to Timor in the south, which guarded the southern routes to the Spice Islands, showing shoals, and names of coastal features, capes, rivers and settlements. The Portuguese first settled on Timor in 1520, and the Spanish arrived in 1522. The Dutch took possession of the western portion of the island in 1613. Thereafter, until the twentieth century, the Dutch and the Portuguese struggled for supremacy of the island, with East Timor being virtually all that eluded the Dutch domination of Indonesia.

Information regarding the islands of Ambon, Seram and Banda was strictly controlled in order to protect the VOC’s effective monopoly on the trade in nutmeg and cloves. ​“Having calculated that their market could be supplied from the clove production on Ambon alone, it set about destroying all the clove trees on Seram though happily without complete success. This policy was more effective, however, on the small island of Pulau Run, where the VOC succeeded in extirpating all the nutmeg trees that grew there, thereby ensuring that the English, who had been allowed to remain on a tiny coral islet just to the north of the island could not profit from their fruit” (Suarez 235).

The Bandanese refused to cooperate with the VOC demands for exclusive rights to their nutmeg, and so were effectively erased from the map in 1621. The VOC divided the islands into plantations which were leased to former Company employees who had stayed on after their term of service. They were given slaves to work the land, and the VOC bought their crops at fixed prices.

From the second edition of ​‘Dell’arcano del mare’, one the ​“greatest atlases of the world” (Wardington), first published in 1646 when its author, Robert Dudley, was 73. It was not only the first sea atlas of the world, but also the first to use Mercator’s projection; the earliest to show magnetic deviation; the first to show currents and prevailing winds; the first to expound the advantages of ​‘Great Circle Sailing’ – the shortest distance between two points on a globe; and ​“perhaps less importantly the first sea-atlas to be compiled by an Englishman, albeit abroad in Italy” (Wardington). 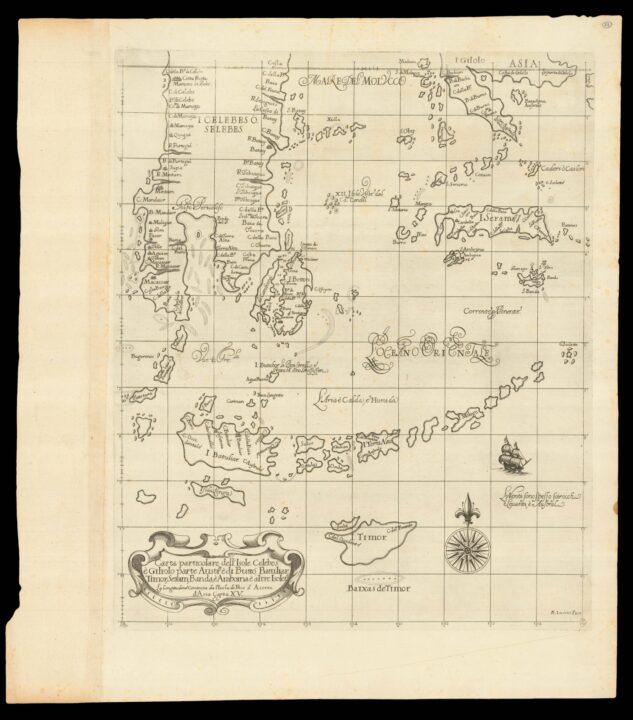 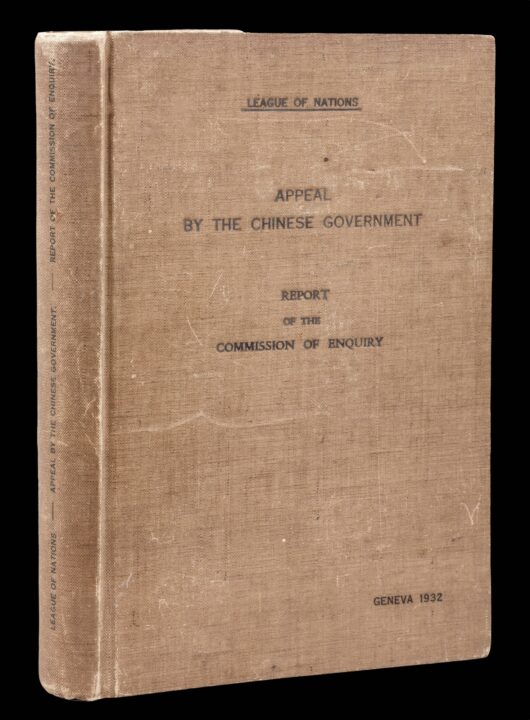