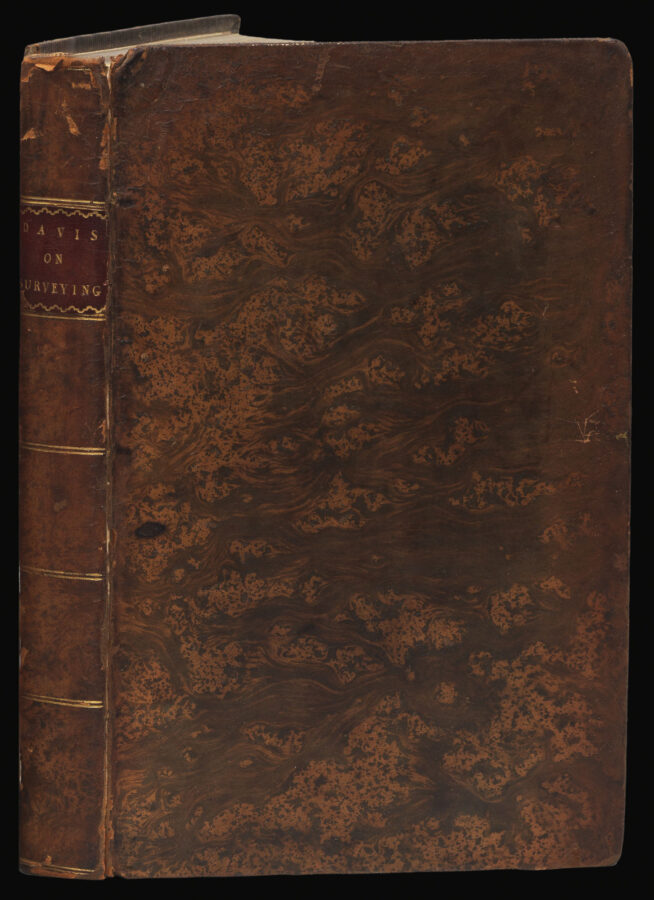 “Chain, Cross, and Offset Staffs Only”

A complete treatise on land surveying by the chain, cross, and offset staffs only.

First produced in 1798, Davis’ ​‘Treatise on land surveying’ was written at a time of great change in the field of surveying. The Ordnance Survey had begun only seven years before, and there was increasing demand for property surveys from the emerging middle class. Despite this new flurry of interest, Davis maintains that ​“this Art is nearly as antique as the world” and claims that a knowledge of geometry and geography has been considered an essential attribute throughout history. A member of the Mathematical and Philosophical Society, and a biographer of Isaac Newton, Davis was well-equipped with the technical skills required to produce accurate plans. In this volume, he shares his knowledge of geometry and mapping, including both theoretical and practical information.

The work is split into three parts, beginning with practical geometry and trigonometry, accompanied with exercises, followed by an explanation of how to use a cross-staff to survey land. He goes on to outline the rules and directions for planning and mapping estates, and then issues further instructions on managing and measuring land features. The work was a success, and Davis revelled in ​“the flattering reception and rapid sale which the former Editions of this Work have experienced”.

Despite its popularity, with numerous reprints, the book is rare. We have been able to trace only two institutional examples of this edition, held at the University of Edinburgh and Newcastle University, and one other appearing at auction. 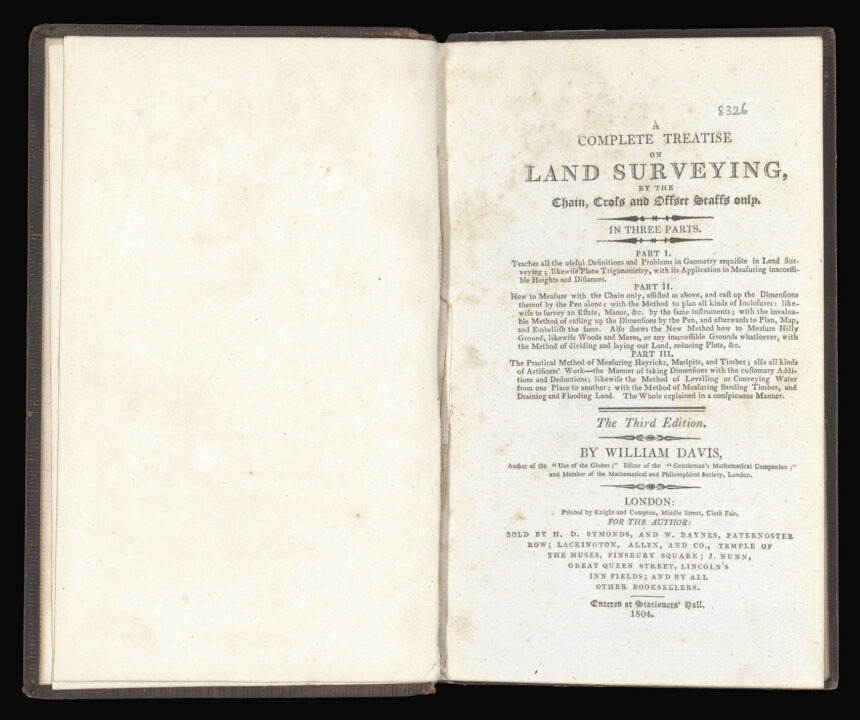 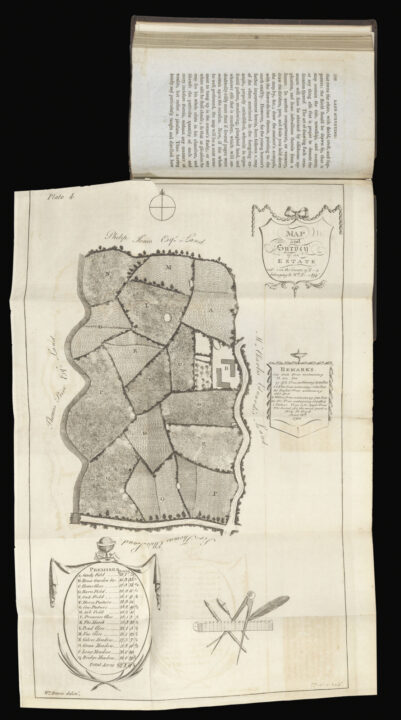