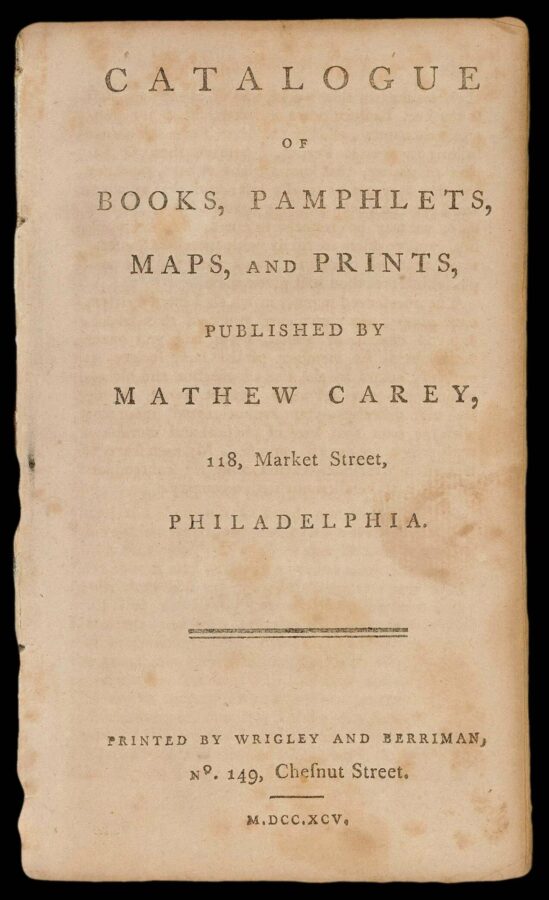 Apparently, the first catalogue issued by Mathew Carey (1760–1839) after his decision to sell his own printworks in 1794, in order to concentrate his energies on his increasingly numerous publishing ventures. It is a deceptively inconspicuous pamphlet, yet lists and describes in some detail seventy-six individual books, plus a large selection of ​“Elegant Fancy Prints”, maps and pamphlets. A thoroughly modern bookseller, between 1785 and 1821, Carey published an estimated eleven hundred titles. He founded a book distribution network which made use of travelling book agents, armed with catalogues like these, to reach remote settlements, initially in Pennsylvania, but eventually extending to all parts of the United States and South America. In 1801 Carey hosted what was essentially the first trade fair for the booksellers of America.

Significantly, the catalogue lists the ​“FIRST AMERICAN EDITION, corrected, improved, and greatly Enlarged” of Guthrie’s ​‘A New System of Modern Geography’, accompanied by twenty-one new maps, by Carey. This is the forerunner to Carey’s ​‘American Atlas’ which was issued separately later in 1795, and is often described as the first folio atlas published in America. Also offered, are the latest editions of Carey’s best-sellers: the ​‘Columbian Magazine’, ​‘The American Museum’, his edition of the Douay Bible, and Susanna Rowson’s ​‘Charlotte Temple’.

6. ​‘An Impartial History of the French Revolution; From its Commencement to the Execution of the Queen…‘

23. ​‘Letters from an American Farmer,… by Hector St. John, a Farmer of Pennsylvania’

25. ​‘The Constitutions of the Several United States, According to the latest amendments – with the Declaration of Independence; the Federal Constituion, and the Amendments made thereto’

28. ​‘Short Account of the Malignant Fever, lately prevalent in Philadelphia, with a statement of the proceedings that took place on the subject, in different parts of the United States. To which are added,… a list of the dead in Philadelphia, from August to te middle of December, 1793’

34. ​‘Complete Atlas for the Present War. Containing Maps of the United Provinces, of the Netherlands,… and the West-Indies’

37. ​‘A View of the United States of America, in a series of Papers, written at various times between the years 1878 and 1794, by Tench Coxe, of Philadelphia,…‘

38. ​‘A New System of Modern Geography,…by William Guthrie’, accompanied by twenty-one new maps, by Carey, for this American edition.

69. ​‘Observations on Dr. Rush’s Enquiry into the Origin of the Late Epidemic Fever in Philadelphia’.

70. ​‘Maps’. Listing 45 individual maps of the world and states of America. 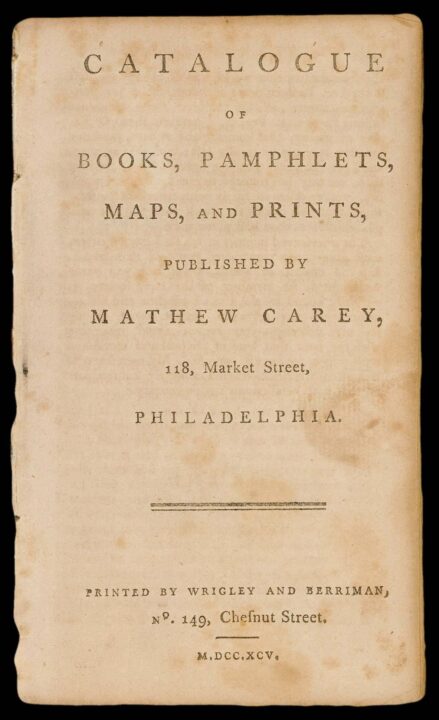 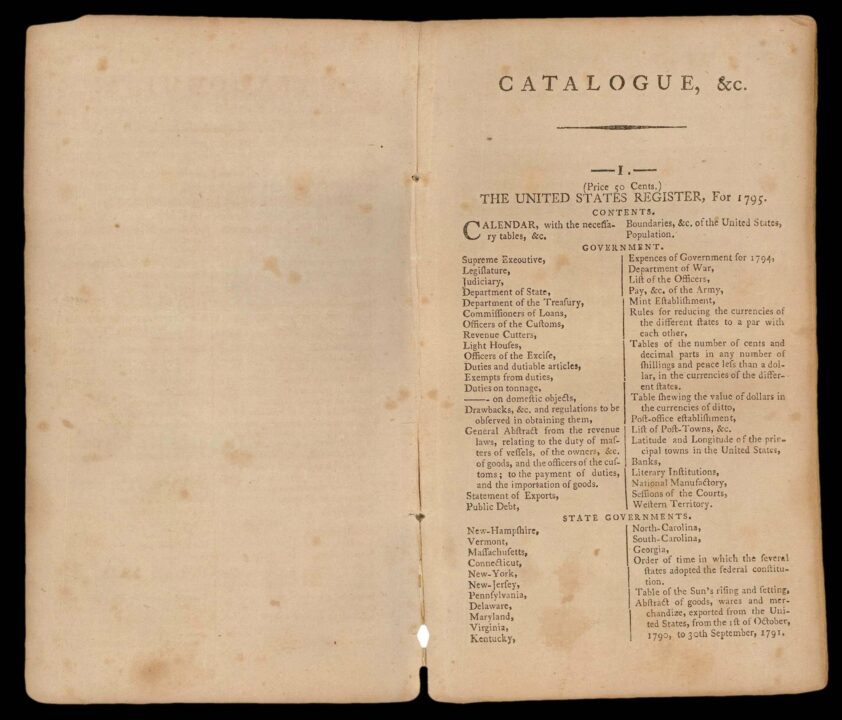 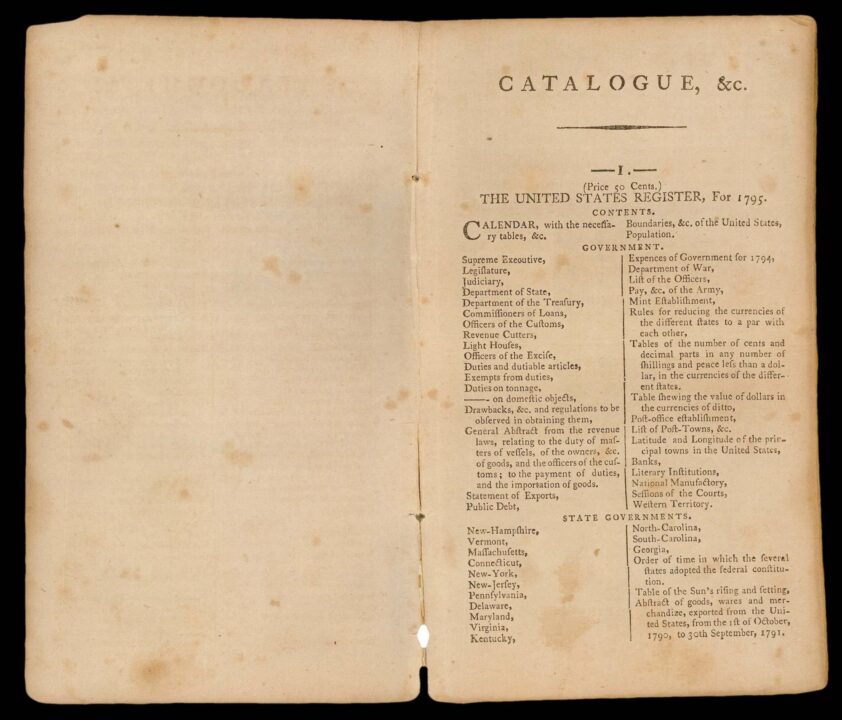 Lame, as a result of being dropped by his nurse as a baby, Mathew Carey began his life as a recalcitrant young man in Dublin, Ireland, and ended it as ​“the leading book publisher in America in the formative years of that industry” (Green). His first published work, was an anonymous inflammatory pamphlet, The Urgent Necessity of an Immediate Repeal of the Whole Penal Code (1779). Not surprisingly, it was suppressed, and a reward offered to any that would reveal its author. Making a hasty trip to Paris, Carey came within the orbit of Benjamin Franklin and the Marquis de Lafayette, working briefly at Franklin’s press at Passy. 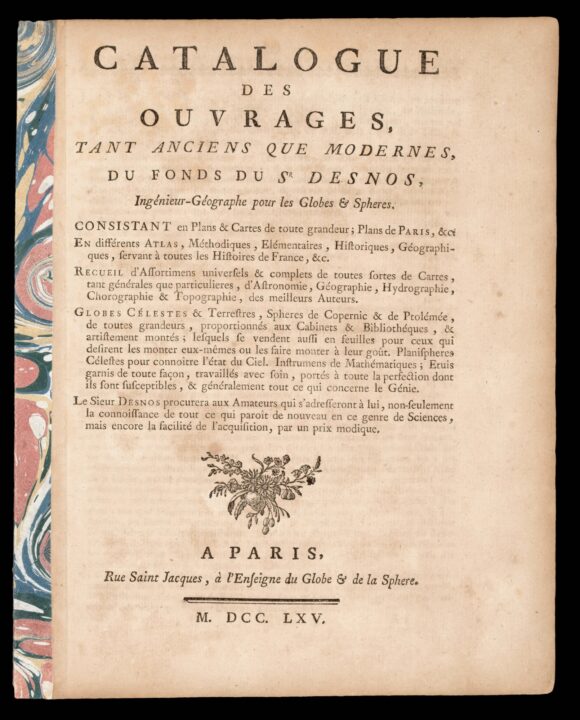