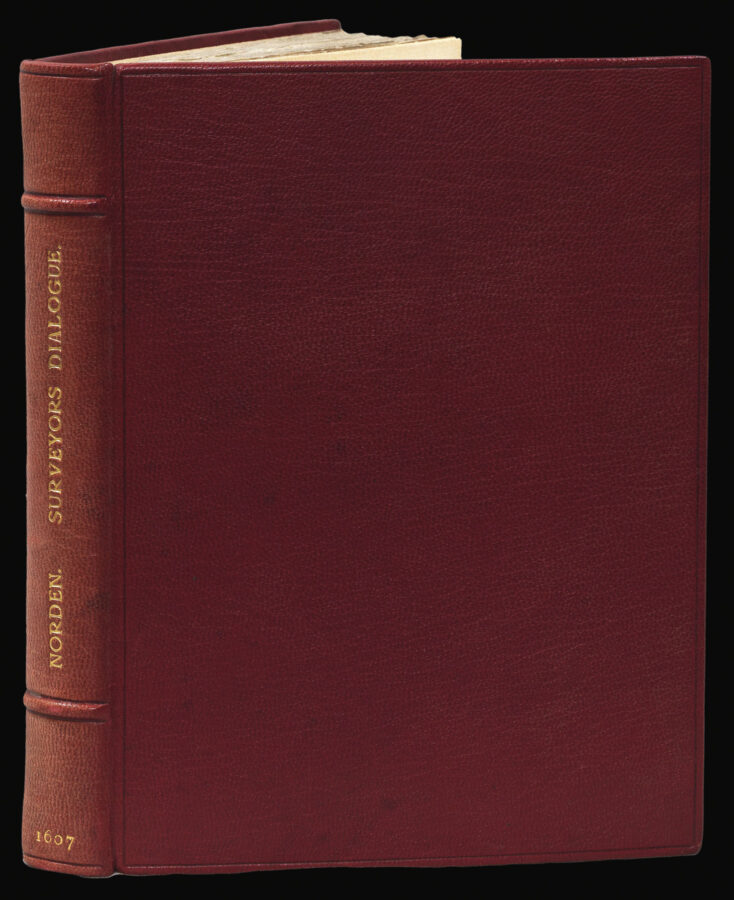 John Norden (c1547-1625) was one if not the leading surveyor working in late Tudor and early Stuart England. He began his career as surveyor to Lady Anne Knyvett. In 1600, he was appointed surveyor to crown woods and forests in southern England, and in 1605 he would be appointed surveyor to the Duchy of Cornwall. Between, 1611 and 1623, Norden led a peripatetic life travelling throughout England and Wales and carrying out numerous surveys. Duchy records show attempts to retire him in 1623, but the poor quality of surveys being made by his successors led to his recall.

It was from this eminent position that Norden in 1607 produced The Surveyor’s Dialogue. The work, the first English book on surveying published in the seventeenth century, consists of discussions among a surveyor, a farmer, the lord of the manor, a bailiff, and a purchaser. The surveyor was often seen by tenant farmers as a mere tool of the rapracous landlord, whose survey’s sought only to increase the farmers rent. Norden’s sympathetic surveyor points out to the farmer that as grain prices have increased so the land has become more valuable, and thus requiring more accurate surveys, on the other hand he reminds the lord of the manor of his obligations to his tenant. He goes on to cover the legal aspects of surveying together with the works practical side, including the difference between the theodolite and the circumferentor, the use of the plane table, backsighting, and the method of estimating the number of trees in a forest through sampling.

Norden also produced several maps and topographical writings throughout his career; one of the most important of which was his Speculum Britanniae, which contained descriptions of the counties of England. Although the work was never completed, Norden did publish parts of the Speculum througghout his career. One of the most important parts was his description of Middlesex, which not only containe plans of London and Watminster but also a map of Middlesex. The map was the first printed map in England mark roads and contain a key to symbols used on the map. This map together with his maps of Surrey, Essex, Surrey, Hampshire, and Kent would be used by Wliliam Camden in 1607, and John Speed in 1611.

Rare. We are unable to find another copy coming up on the market in the last 50 years. 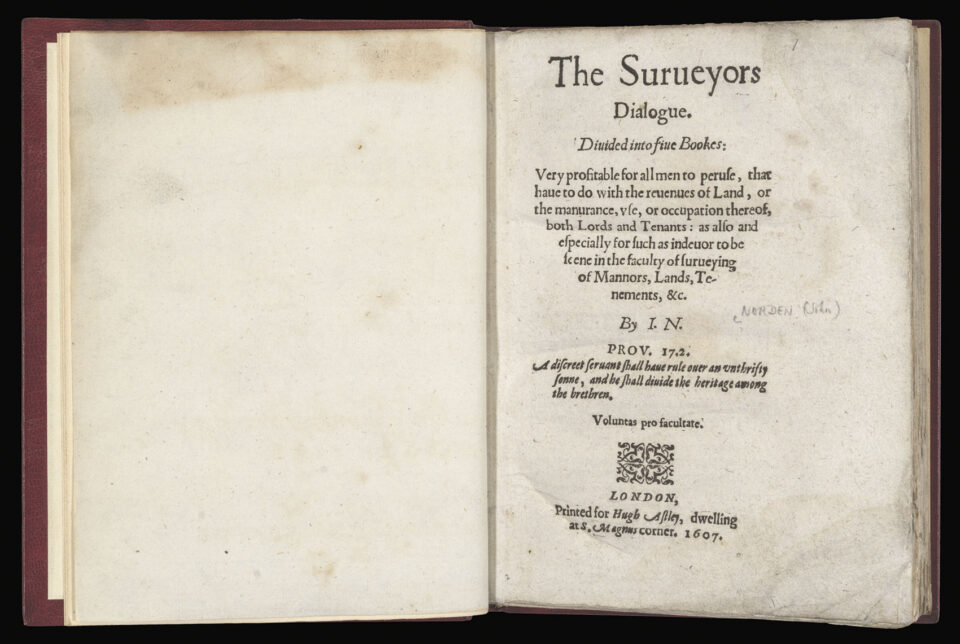