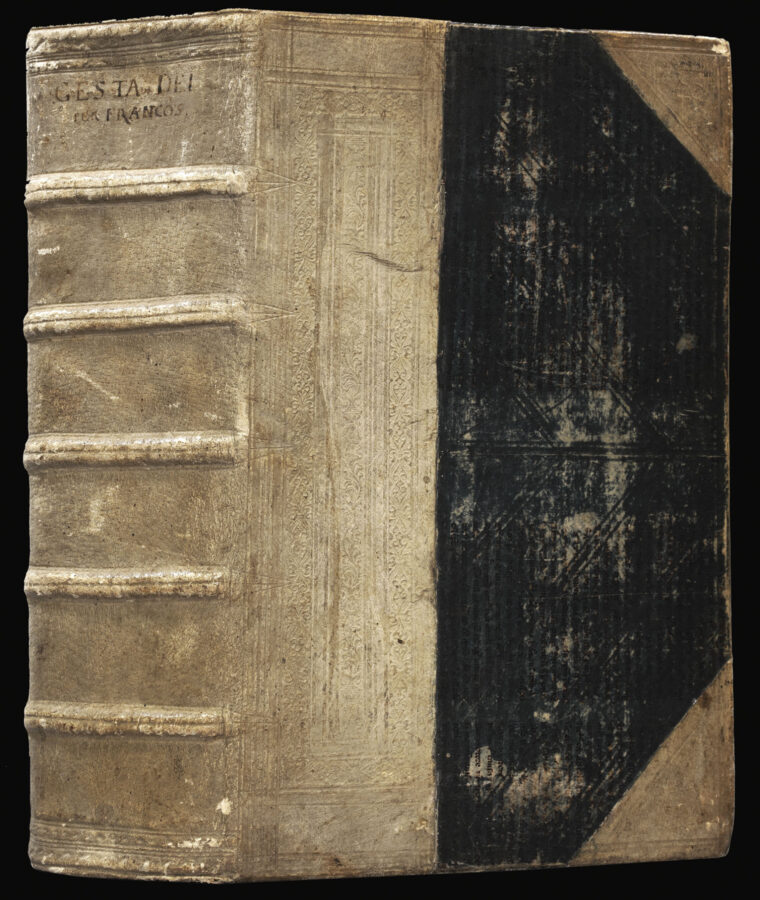 Important collection of medieval sources on the history of the Crusades and the kingdom of Jerusalem, containing important maps of the Levant and Cyprus, after the Genoese cartographer Pietro Vesconte.

Jacques Bongars (1554–1612), was one of the greatest editors of crusade texts. A Hugenot bibliophile, historian and diplomat he was in the employ of Henry IV of France. Fluent in French, Latin, German, and English, he travelled widely across Europe from London to Istanbul. On his travels he acquired and researched numerous Crusader chronicles. At his death, Bongars left between five hundred and six hundred manuscripts and a library of over 3,000 printed books.

The present work was:

​“a milestone in crusade historiography, used until the early nineteenth century by most serious crusade historians — Gibbon possessed a copy — and, for some texts, still used today… The thirteen texts and fragments in Part 1 include most of the main narratives of the First Crusade…Part 2, printed from a unique Vatican manuscript… by Pierre Dubois, and two manuscripts now in the Vatican, one probably supplied by Petau, a version of the bulky compendium of crusader advice, commercial analysis and Outremer [i.e. the Crusader States] history by the Venetian Marino Sanudo Torsello, ​‘Secreta Fidelium Crucis’ (1321), along with maps prepared for Sanudo by Pietro Vesconte” (Tyerman).

Pietro Vesconte (fl. 1310–1330) was a Genoese cartographer and geographer. A pioneer of the field of the portolan chart, he influenced Italian and Catalan mapmaking throughout the fourteenth and fifteenth centuries. He appears to have been the first professional mapmaker to sign and date his works regularly. Vesconte drew four maps to accompany Sanudo’s work: a mappa mundi, a map of the Holy Land, a map of the Levant, a plan of Jerusalem, and one of Acre.

The map of the world is one of the few examples of medieval maps based on portolan sources in printed form. A circular map, with the holy city of Jerusalem at its centre, and with the Mediterranean reasonably well defined. The map of the Holy Land, which depicts the land at the time of Jesus, stretches from Sidon to Gaza, and names the twelve tribes. The map of the Levant extends from Turkey to Mecca and Cairo, and includes a very early detailed rendering of Cyprus.

The plan of Jerusalem shows the biblical city rather than the medieval one. The residences of King Solomon, Pontius Pilate and St Anne and the area occupied by the Holy Sepulchre (‘sepulchrum domini’) and the Temple are indicated, but not the places of worship that later occupied these sites.

The sparseness of the Jerusalem plan, which had passed from Christian control some 125 years earlier, contrasts with the detail shown for Acre. This last bastion of the crusaders had succumbed to Islam within living memory in 1290, and it is depicted as a Christian stronghold. The fortified harbour, the arsenal, the castle (‘castellium’) and soldiers’ lodgings ( ​‘hospitium hospitalis’) are indicated as are the parts of the walls and town that were in the custody of the different nations (e.g. ​‘turrius anglorum’) and of the crusader orders (e.g. ​‘custodia templariorum’). 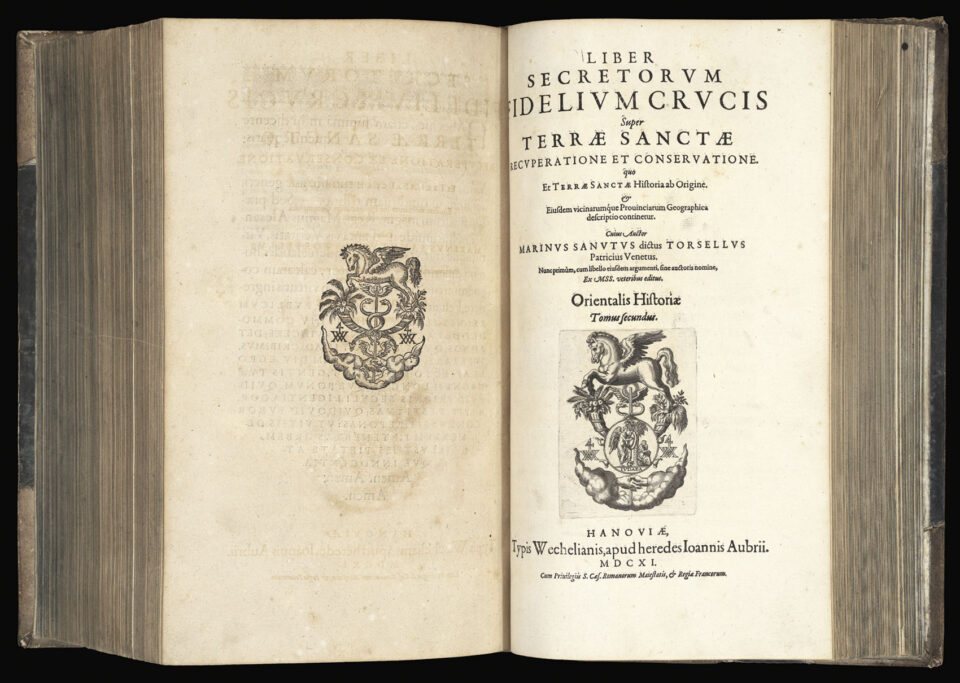 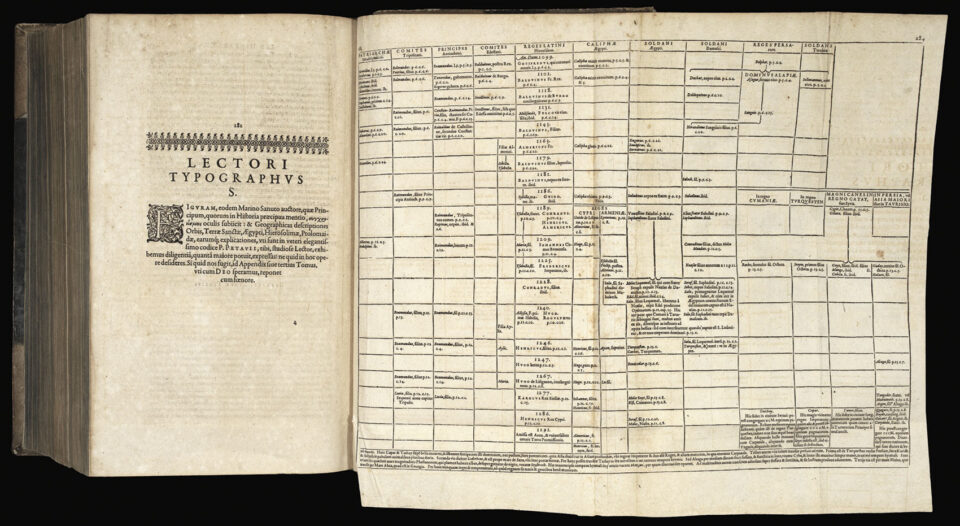 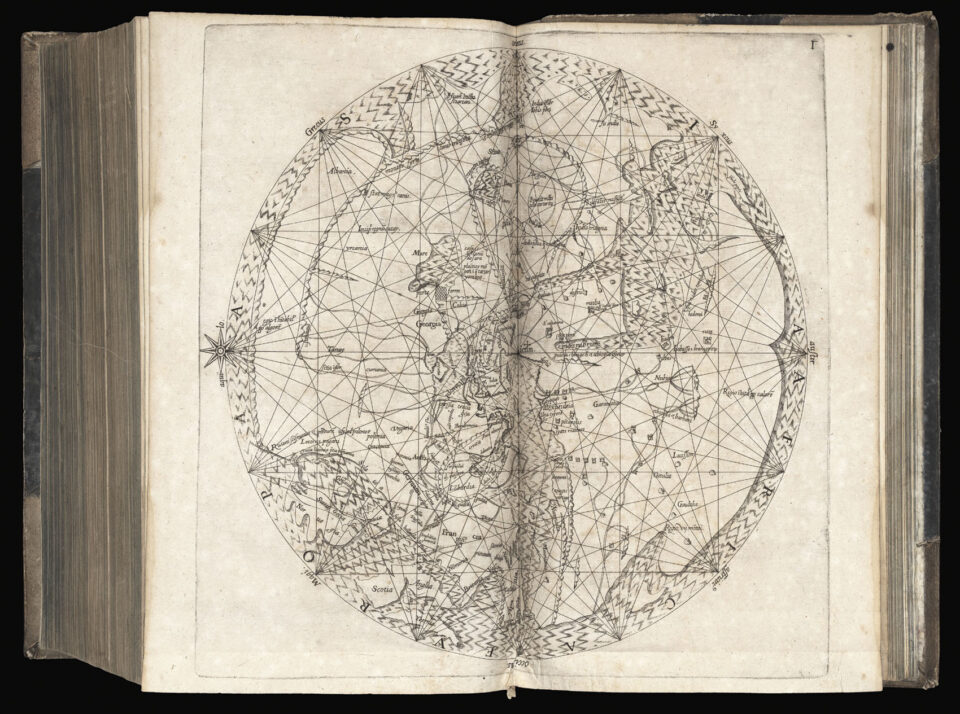 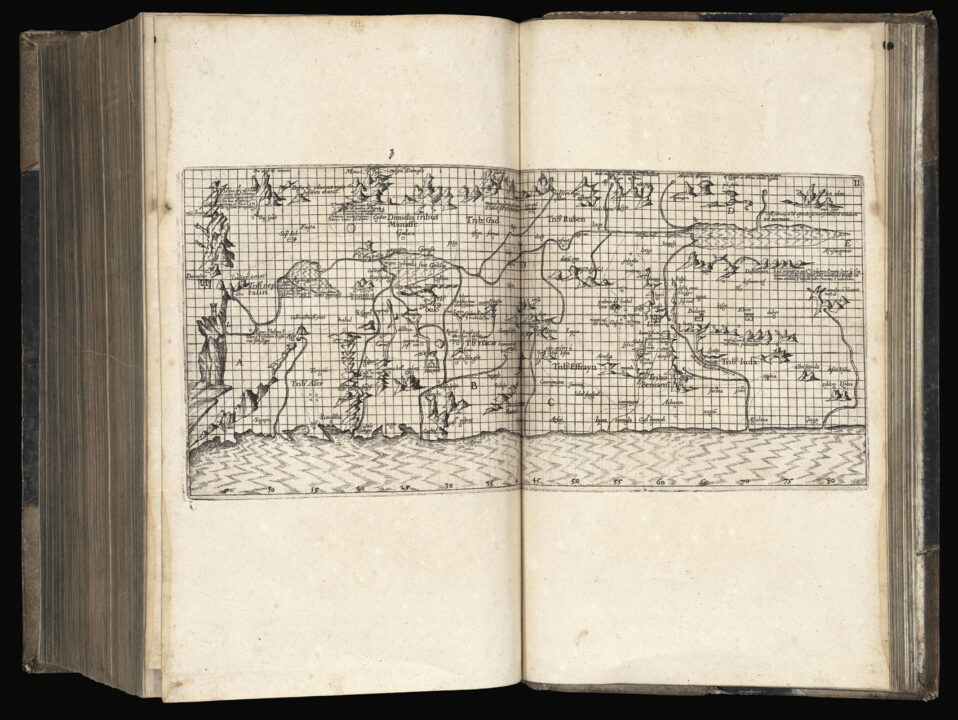 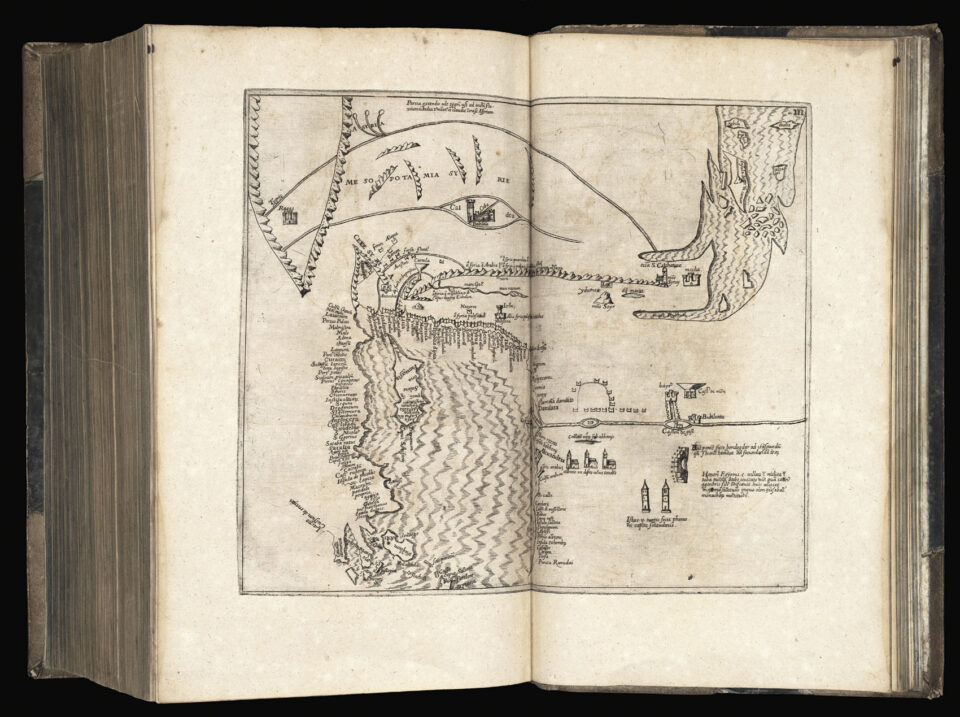 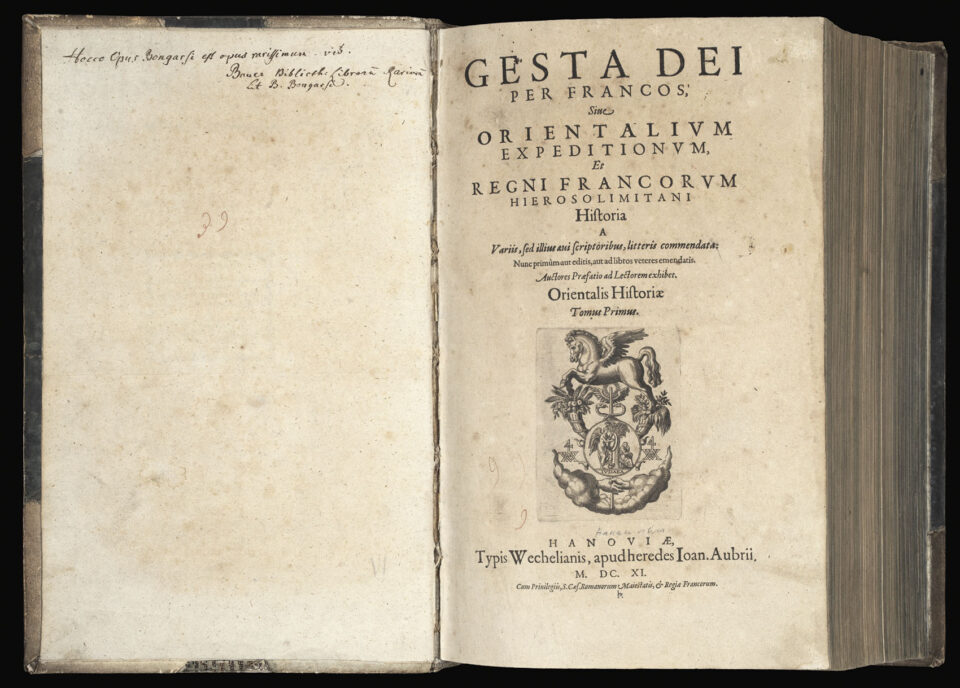