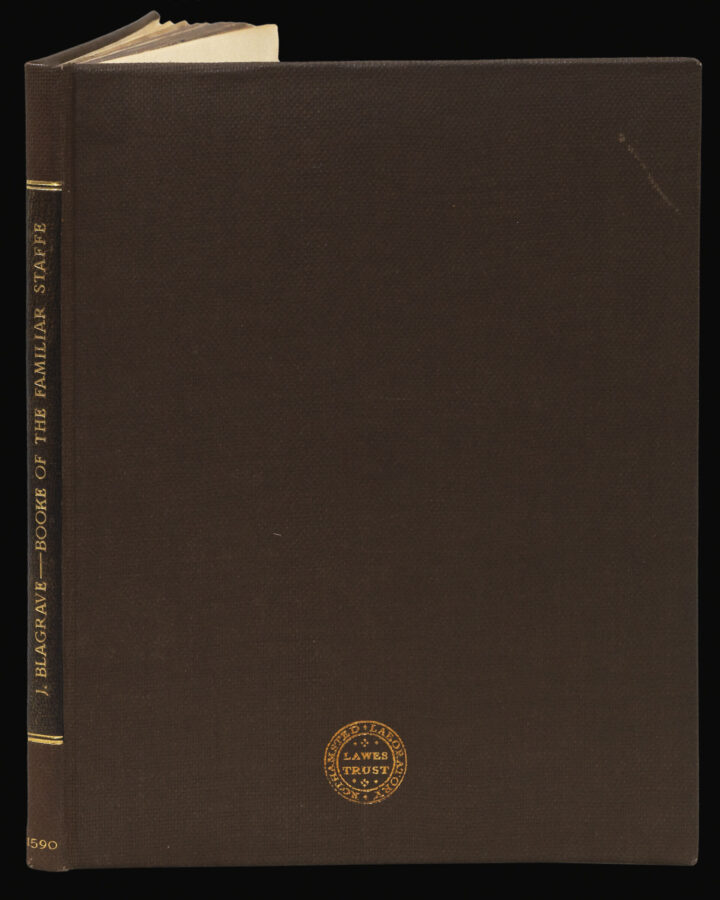 Baculum Familliare, Catholicon sive Generale. A Booke of the making and use of a Staffe, newly invented by the author, called the familiar staffe.

John Blagrave (1561–1611) was a practical mathematician, who lived and worked in Reading. He practised as a land surveyor and was among the first to draw estate maps to scale. He also designed and made instruments, including an astrolabe, which he described in The Mathematical Jewel (1585), whose design modified a number of earlier instruments, particularly that of Gemma Frisius. Between 1589 and 1596 he enjoyed the patronage of Sir Francis Knolles, the dedicatee of Baculum familliare, the present work. The ​‘familliare staffe’ mentioned in the work was an early example of the complex universal instruments, which Blagrave claims:

​“readily performeth all the severall uses of the Crosse Staff, the Quadrate, the Circle, the Quadrante, the Gunners Quadrante, [and] the Trigon“

And can be used for the:

​“shooting in great Ordnance, and other millitarie services, and may as well be imployed by the ingenious, for measuring of land…”.

Instruments such as Blagrave’s were quite in vogue in mathematical circles during the late sixteenth and early seventeenth century. However, due to their complexity they were often not adopted by the practical surveyors of the time. Blagrave would continue to publish works on scientific instruments, with his Astrolabium Uranicum generale (1596) on astrolabes, and his The Art of Dyalling (1609), on sundials. 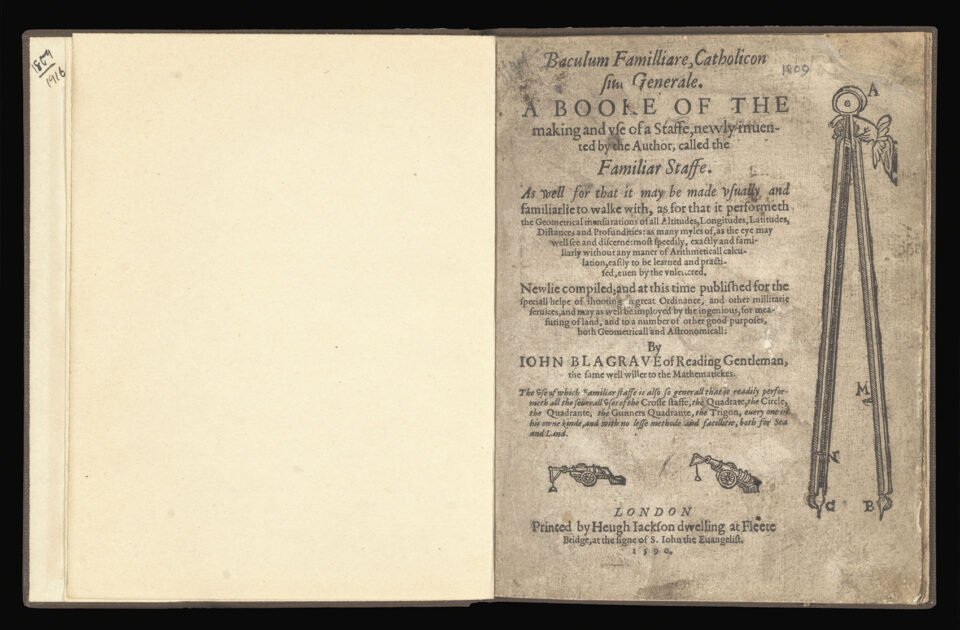 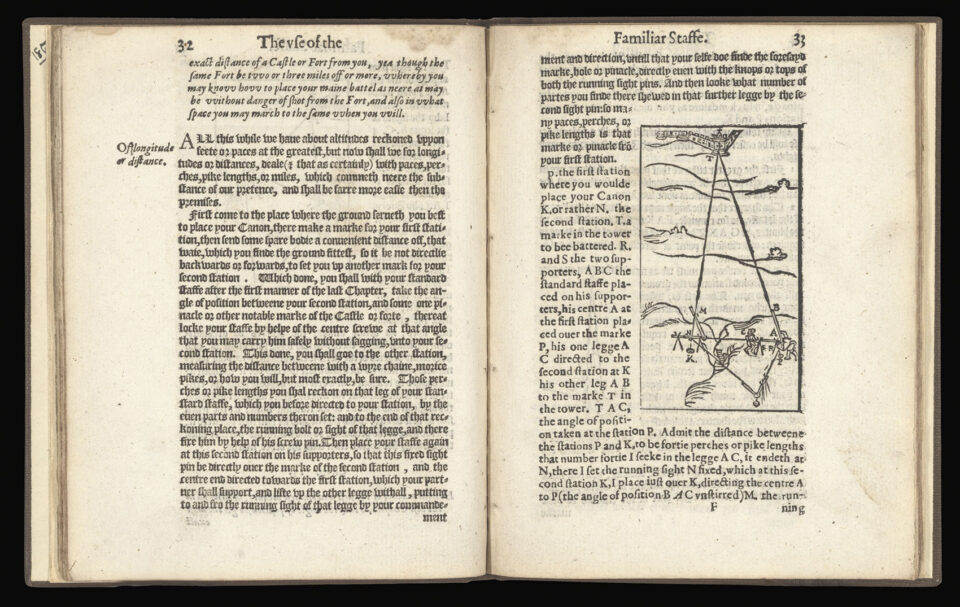 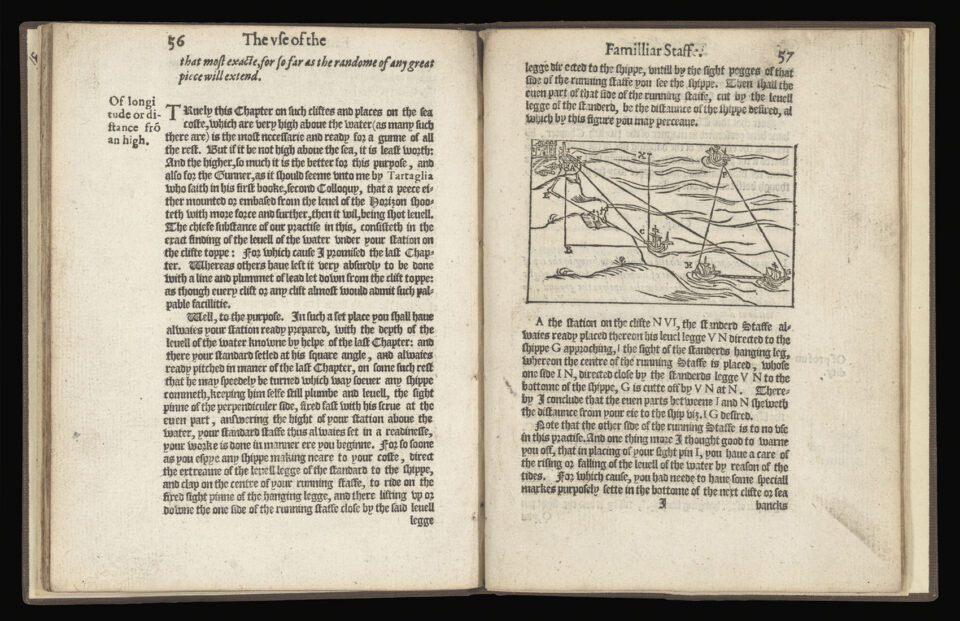