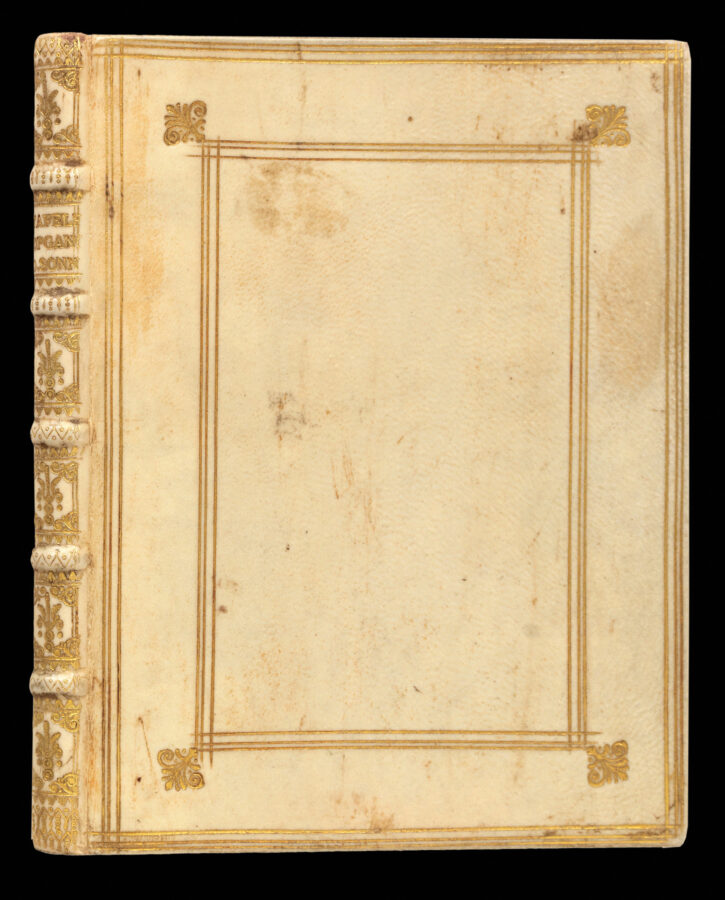 Extremely uncommon first edition of these navigational tables for determining magnetic variation — a key component in the quest for longitude — produced by Willem Blaeu for the VOC, the Dutch East India Company. OCLC records just five copies, four in Holland and a copy in Hamburg, no copy traced in North America. The prefatory material also includes the only known description of a copper ​“compass-rectifier”, one of Blaeu’s practical inventions used by VOC navigators. A leading early-modern longitude theory held that each spot on the globe had a distinct value for its magnetic variation from true north, and from the late sixteenth century onwards, the Dutch made extensive efforts to collect this data systematically. And although ​“compass error” proved ultimately to be unfeasible as a method for identifying longitude, continuing interest in the area led Halley to issue his 1701 isogonal map showing magnetic variation around the globe.

To help individual sailors to track this regional variation Blaeu published these ​“Tables of the latitude of the Sun’s rising, with instructions how to find, easily and without calculation, the error of compasses at any place on Earth.” First calculated by Thomas Hariot, but never printed, the formula was published in northern Europe by the mathematician Adriaan Metius in 1614; however, most sailors would have balked at the requisite calculations. A skilled astronomer whose drive to popularize technical information went well beyond his famed atlases, Blaeu intended for his Tafelen … to spare navigators the ​“unusual trouble of calculating.” In his preface Blaeu explains that it was both easier and ​“less dangerous” to consult his tables than to make the calculations yourself, because ​“however good he is at arithmetic, a man can easily make mistakes.” These tables were so helpful that contemporaries dubbed them the ​“Luywagen” or ​“lazy man’s wagon,” carrying him to the correct answer.
Prior to the Tafelen …, the most popular method of determining variation among Dutch sailors required dividing the difference between two observations made at dawn and sunset. However, VOC sailors and other navigators were quick to adopt Blaeu’s ​“calculation-free” method, which required only a single morning reading of the sun’s location with respect to due east. They likely would have used the ​“compas-rechter” instrument, two of which were supplied to every ship, along with a copy of the Tafelen …, according to an extant 1655 equipment list (see C.A. Davids, Zeewezen en Wetenschap, 1986, p.110). Willem’s savvy decision to dedicate ​“this perfectly executed table” (Crone) to the Directors of the VOC is likely to have led to this lucrative commission, he became their official publisher in 1633.

Each page of this typographically elegant table gives the sun’s ​“amplitude” for a single degree of latitude between the equator and 63 degrees north and south, calculated to a tenth of a degree, and taking into account the seasonal changes in the sun’s declination (which varies from ‑23.45 to +23.45 due to the tilt of the earth). The original edition of the Tafelen … is undated, and debate continues over the number of reprints (see the variant issue illustrated by Crone). These tables were most likely to have been calculated in the 1620s when Blaeu produced his other tables, though they seem not to have been published until Joan Blaeu took over the family publishing house in the late 1630s. The tables were reprinted by Johannes van Keulen for Claas Jansz. Voogt in the 1690s under the title De Luywagen inhoudende de Tafelen van de breete des Zonsopgang, door W. Blaau … An excellent copy of this important and attractive little work. 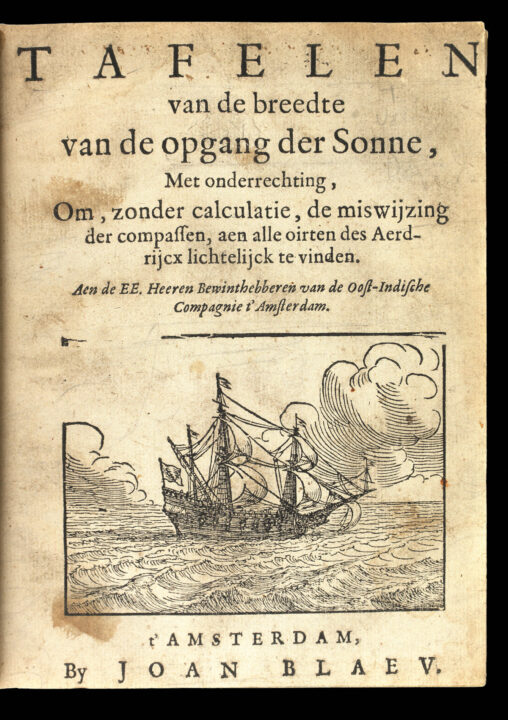