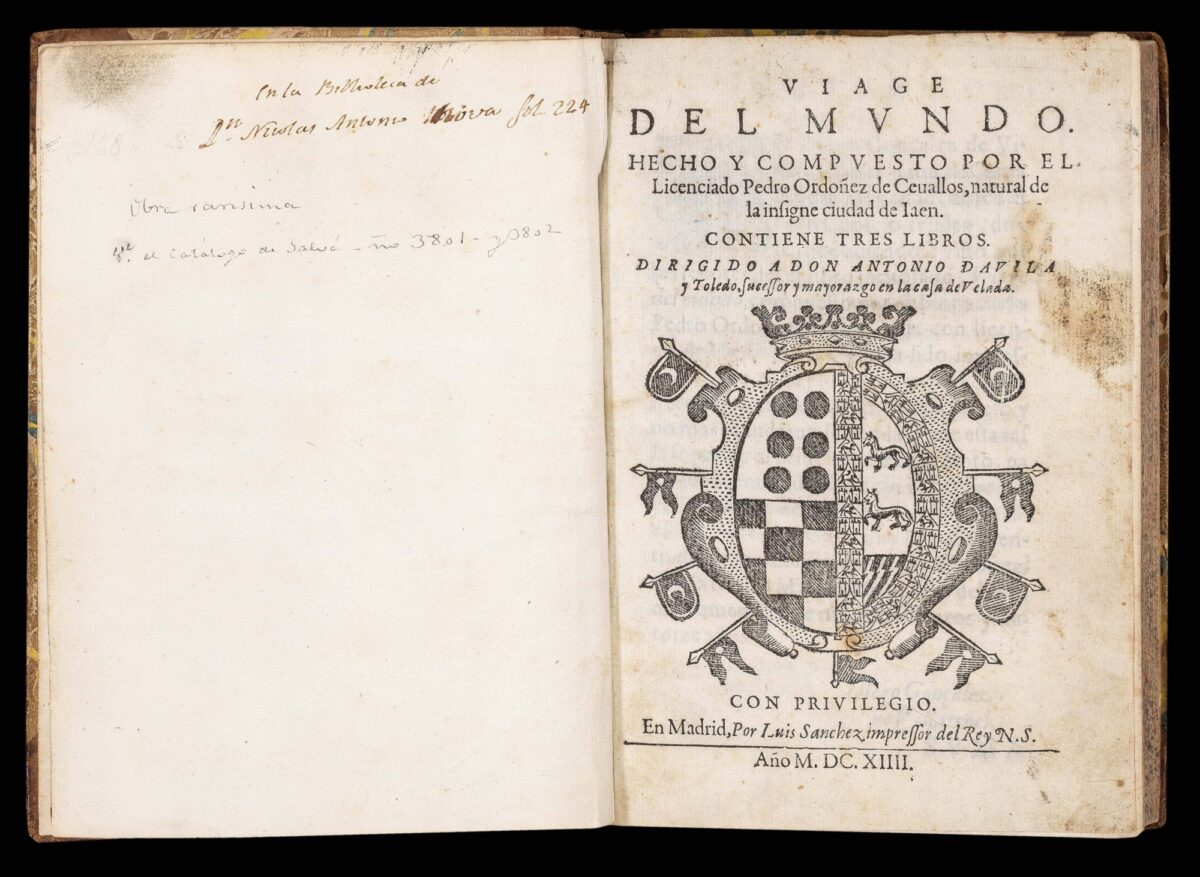 First edition of Ordonez de Cevallos’ (c1557-1635) account of his circumnavigation of 1589–1593: one of the earliest to make good account of Bermuda, devoting two chapters (X and XI) of the first book to the island, which had not been settled by the Somer Islands Company until 1612.

Ordonez de Cevallos’ claims to have lived as a soldier, sailor, pirate, trader, explorer, founder of cities, and missionary, greatly influence the literature of the Spanish Golden Age, as well as being reprinted in the compilations of De Bry, Barlaeus, Herrera, and Purchas. ​“In Santa Fe de Bogotá, in present day Colombia, he received holy orders from the archbishop and became a priest. In addition to traveling extensively through the Spanish colonies in the Americas, Father Ordónez also journeyed throughout Europe and Asia. One of his more outlandish claims was that he had once converted a princess in Cochinchina (a region in present day Vietnam) to Christianity, but that she had later tried to kill him when he refused to marry her and rule as her king” (Bryn Mawr, Colonial Perspectives: Works from the Louise Bulkeley Dillingham Collection, online).

1. Early ownership inscription to verso of the front free endpaper.
2. Armorial bookplate of Antonio Canovas del Castillo (1828–1897), Spanish historian, statesman, and prime minister, whose political activity brought about the restoration of Spain’s Bourbon dynasty. He was the author of Spain’s 1876 constitution, and although his policies are generally agreed to have brought some national unity to Spain, they exacerbated the ​“Cuban situation”, which remained unresolved when he was assassinated. His sale, Sotheby, Parke, Bernet, 20th November 1975, lot 277. 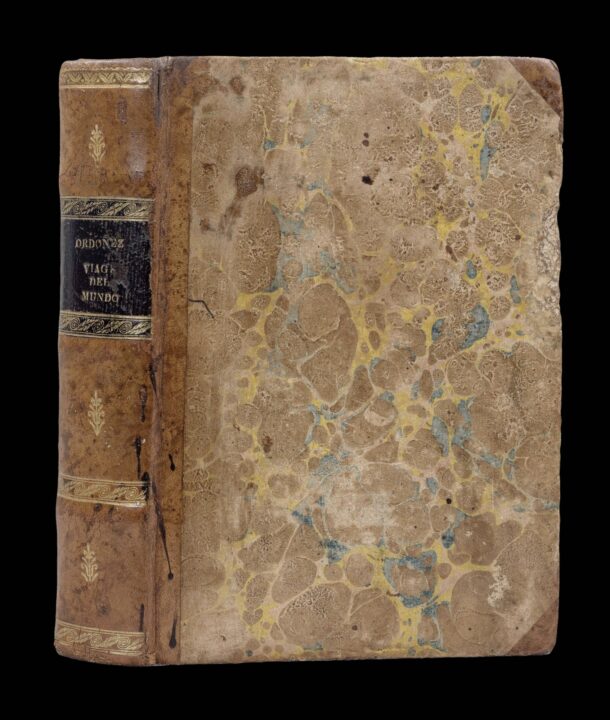