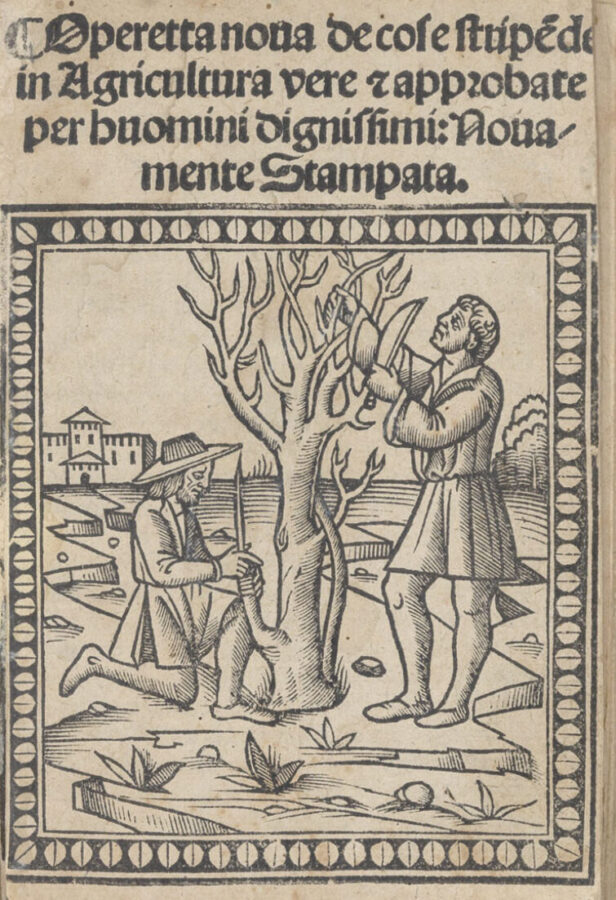 Agricultural secrets of the sixteenth century

A charming little handbook of agrarian tricks aimed at the early sixteenth-century Italian public. Unsurprisingly, due to its diminutive size, the text is extremely scarce with only one earlier example recorded.

In the preface, the author explains that he is answering the many readers’ requests of ​“some experiments in the art of agriculture” with a list of 25 formulas that range from keeping roses fresh to killing bugs. Amongst the most curious instructions are for growing large fruits by fertilising plants with goats’ milk and for growing white pomegranate by putting clay and plaster at the plant’s roots for three years. Others are most useful, such as how to grow seedless grapes, ripen figs quickly and how to make fennel grow sweet.

The recipes would have derived from common knowledge as well as from other publications. Nearly half of them also appear in another manual published by Zoppino, ​‘Operetta Nova molto Piacevolissima et da ridere de Arte manuale…’, 1517, which counts 59 recipes including cosmetic and medical ones. These texts belong to the genre of ​‘Books of Secrets’ (Libri di Secreti, or Ricettari), which was a series of technical manuals in Latin that originated in the Medieval times. With the invention of printing, editions started to appear in vernacular languages and covered subjects such as medicine, cosmetics, domestic management and food preservation. The recipes were rarely original as they were almost always transmitted from one edition to another, some surviving for centuries.

Niccolò D’Aristotele de’ Rossi, known as ​‘Zoppino’, presumably for his limp, was born in Ferrara in or around the 1470s. He became one of the most prolific and inventive publishers in early sixteenth century Italy, starting his career in nearby Bologna where his first printed work appeared in 1503. In 1505 he relocated to the capital of the book, Venice, where he initially worked with local printers, but also collaborated with publishers in Milan, Pesaro and Ancona. From 1513 to 1524 he partnered with the Venetian printer Vincenzo di Polo, publishing together over 100 booklets mostly relating to court literature, popular culture, translations of classical works and chivalric romances. The pair was famously arrested for three months for the printing and publishing in Ferrara of a ​‘Barzelletta’ (jest) against Venice after the Battle of Agnadello, where the Venetians were defeated by the French. From 1525 to 1544 Zoppino established his own printing press, though continued to collaborate with printers from Perugia, Florence, Bologna, Rome, Savona, and published over 250 works on popular literature, poems, theatre, as well as embroidery manuals. He owned bookshops in Ravenna and Faenza, but was never stationary and travelled throughout Italy participating to book fairs and sourcing opportunities. One of his most famous and survived publications is Bordone’s ​‘Isolario’, first published in 1528, also a guide, but to islands and peninsulas. He is thought to have retired or died in 1544.

Small in size and avidly read at the time, Zoppino’s books survive only in a few copies, very often only one (Harris). 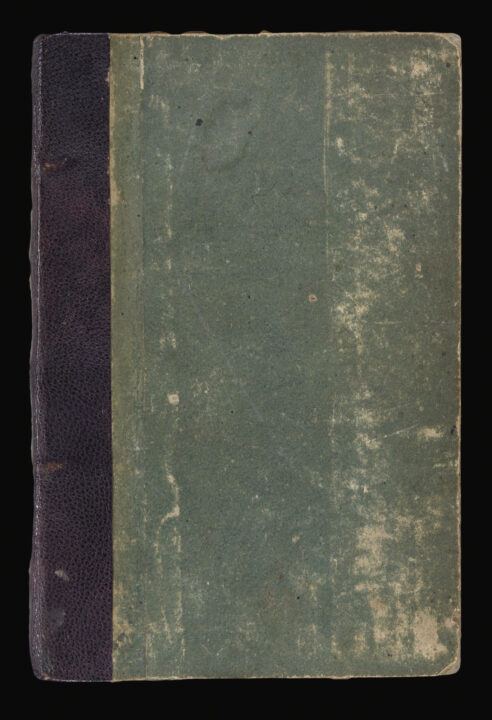