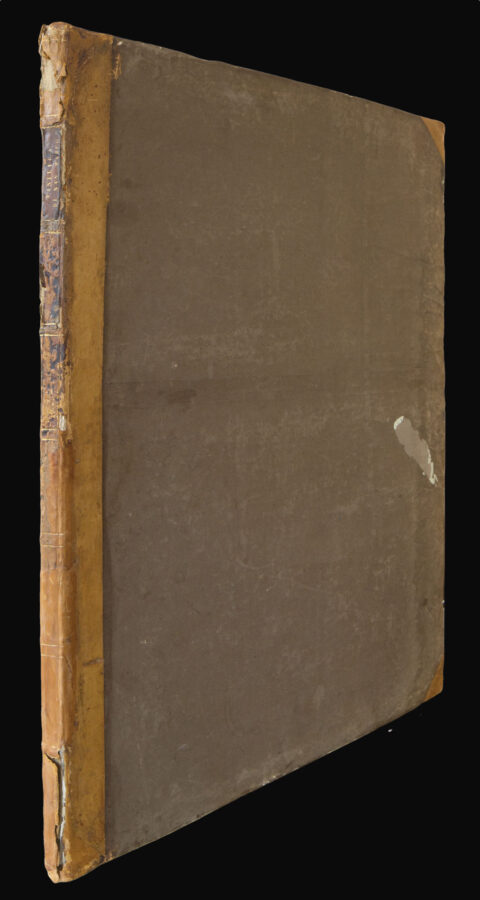 “One of the most elegant books to be printed in 18th-century Venice.”

Antonio Zatta’s (fl. 1757–1797) monumental and elaborately ornamented description of Saint Mark’s Basilica in Venice, here in its most desirable state with the dedication to Marco Foscarini and the title-page printed in four colours à la poupée, details the iconic basilica’s history, architecture, collections and clergy. It also contains a masterful series of engravings by Antionio Visentini (1688–1782) showing perspectival views and architectural plans of the basilica. The publication is a masterpiece of rococo book design, evidenced by its impressive size, its use of 9 different fanciful engraved borders adorning each page of the text, its variety of different typefaces, and its experimentations with colour printing.

Antonio Zatta was an Italian printer, publisher and cartographer active in Venice from 1757 to 1797. Specialized in luxury productions of the highest order, Zatta enjoyed a long career publishing both informative and beautifully engraved books, such as his celebrated 4‑volume world atlas, the Atlante Novissimo. His study of Saint Mark’s Basilica was an early yet ambitious production for the printer. Zatta had come into possession of Antonio Visentini’s copperplates of engraved views and architectural plans of San Marco. The plates were first published in 1726 by P. Vincenzo in Iconografia della Ducal Basilica. They helped establish Visentini as a master of perspectival and architectural draftsmanship. Visentini went on to enjoy a long and successful career as one of the premier engravers in Venice, patronized by Joseph Smith who commissioned him to produce a suite of engravings after Canaletto’s paintings in the English Consul’s collection. The plates in this book are in the second state, since Zatta has erased Visentiti’s signature and replaced it with his own, ​“Presso A. Z.”

The contents are as follows: a history of the basilica’s foundation, a description of the exterior, followed by one of the interior, each of its chapels and the sacristy (with a catalogue of each space’s inscriptions and contents, oftentimes paintings), a description of the church’s treasury and its contents (consisting of relics), and finally by a description of churches clergy, divided into two sections on the deacons and the canons. 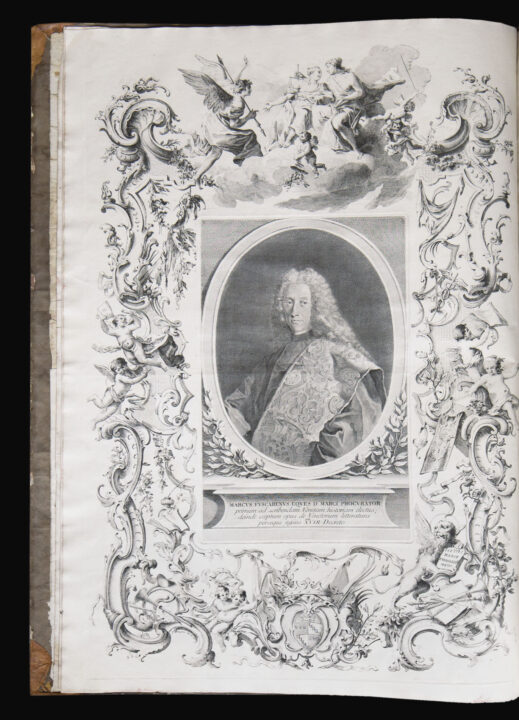 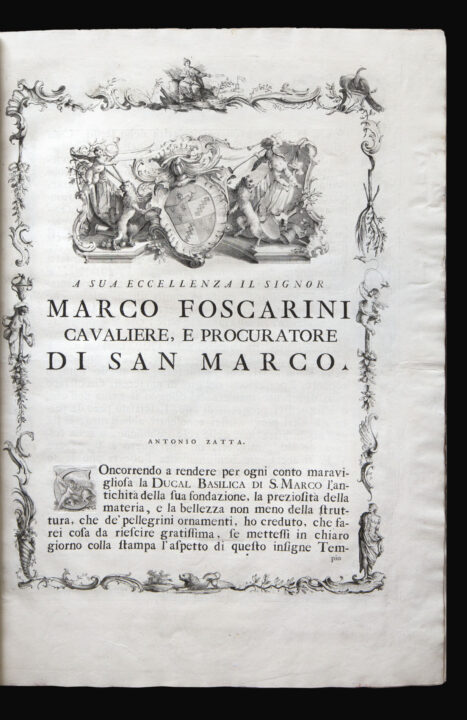 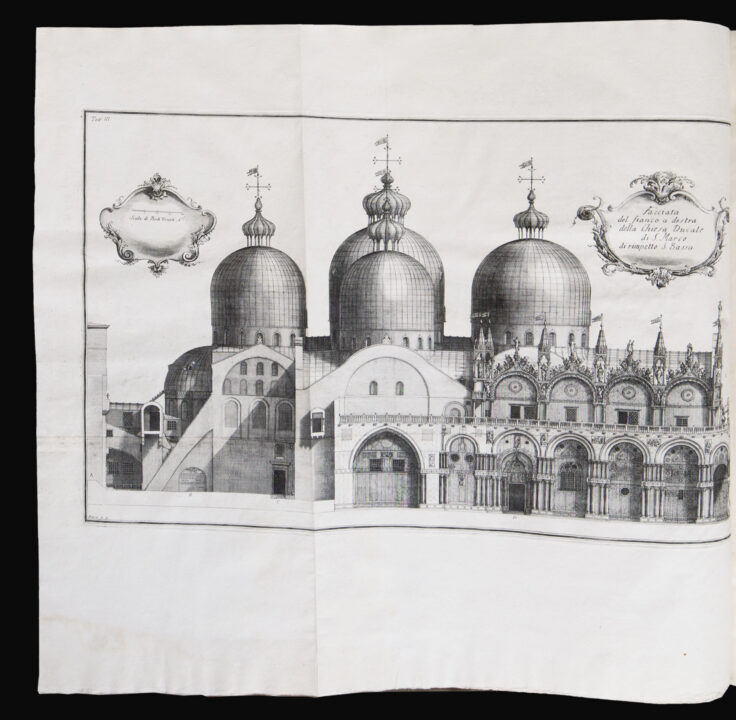 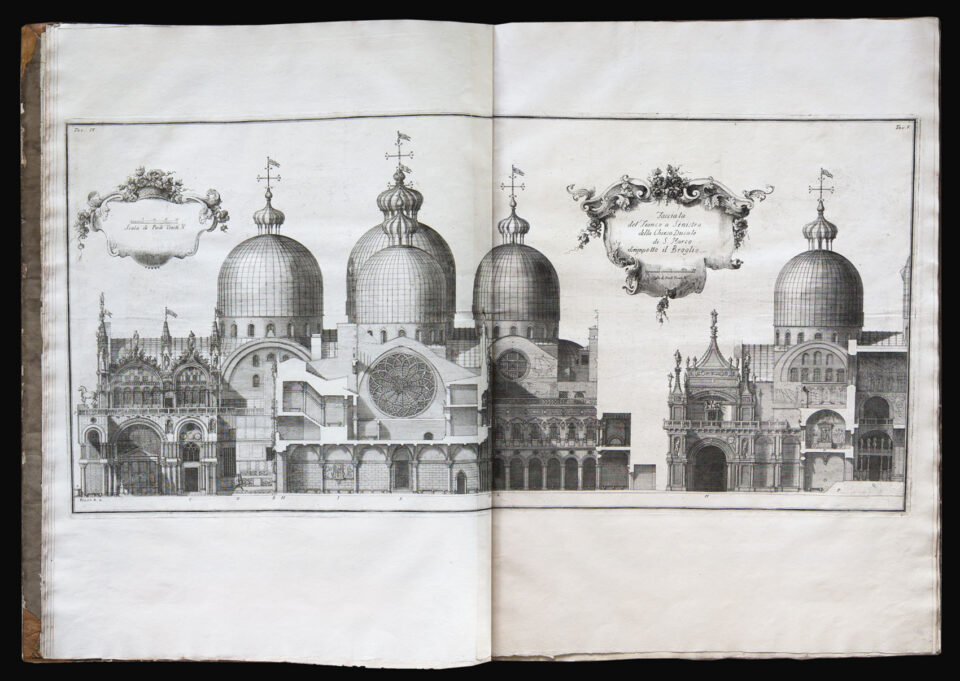 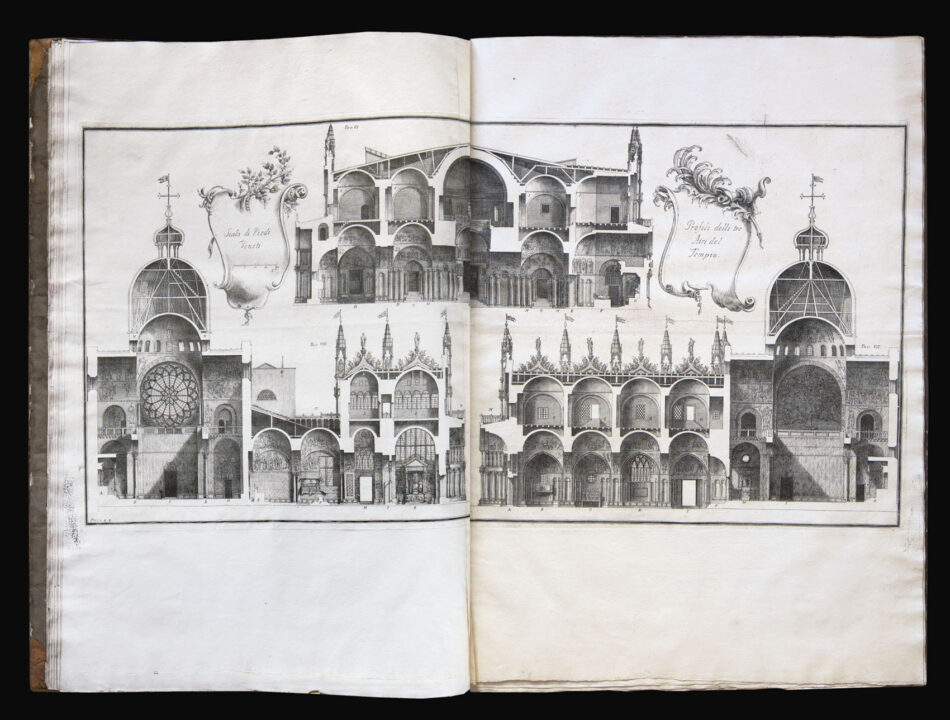 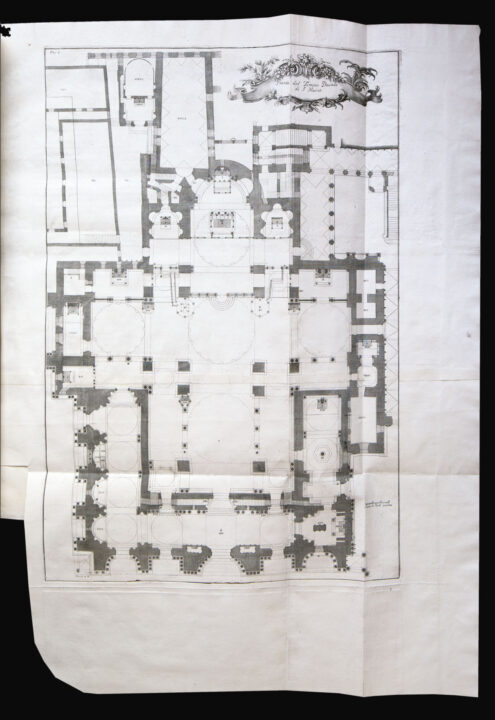 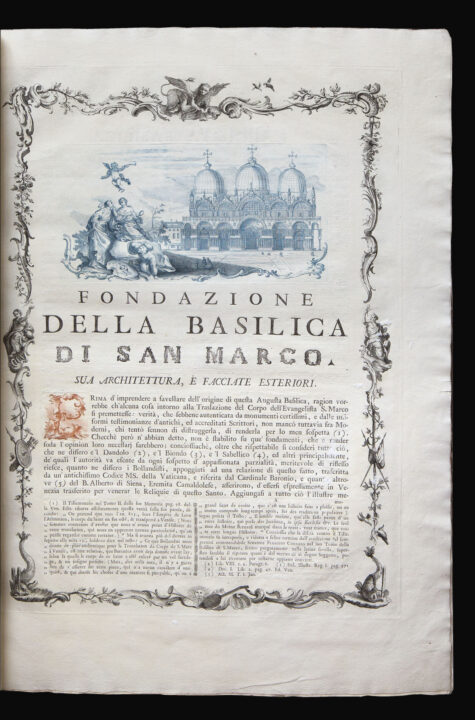 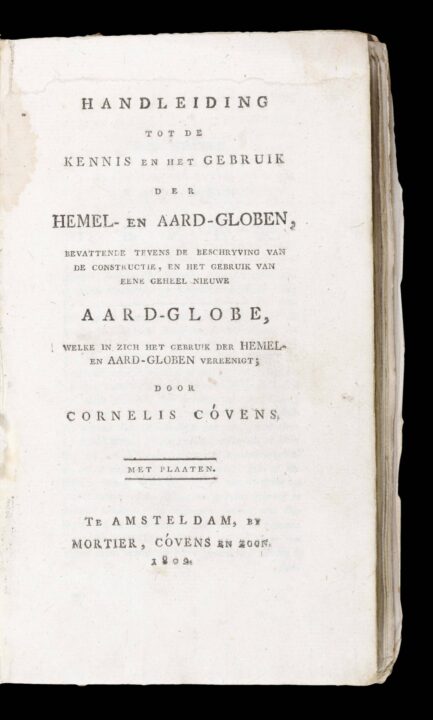 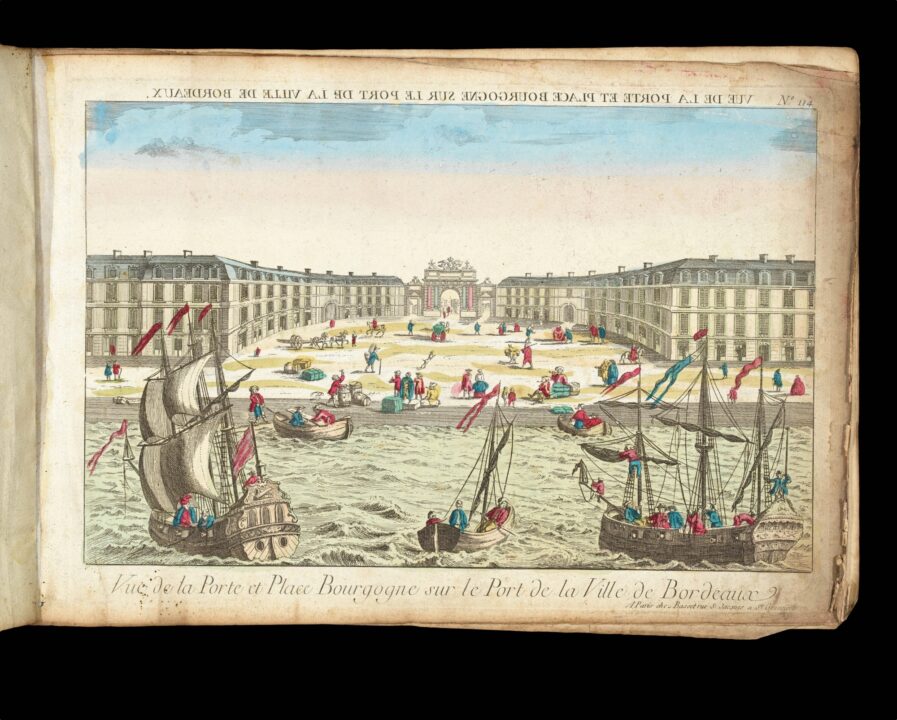