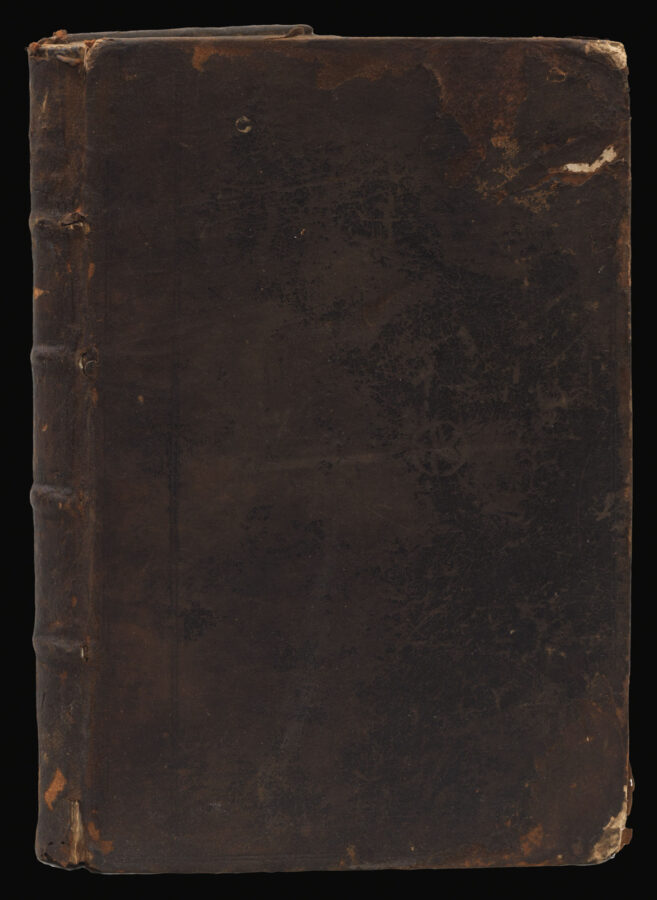 “A Protractor is an Instrument by which you may protract”

The Compleat Surveyor: Containing The whole art of surveying land, by the plain table, theodolite, circumferentor and peractor.

Rare first edition of The Compleat Surveyor by William Leybourn

Leybourn’s study of surveying was highly influential in advancing the practice during the seventeenth century and into the eighteenth. Leybourn began his career as a bookseller and printer, specialising in technical books of scientific and mathematical treatises. In 1650, he had written ​“a little pamphlet entitled Planemetria, or the whole art of Surveying of Land, under the name of Oliver Wallinby”, an anagram of his real name; the present work is essentially an expansion on the topics discussed in this pamphlet, divided into four sections.

The first of these focuses on a series of geometrical theorems, the second is a description of surveying instruments, the third explains how the surveyor should use trigonometry to calculate distances and elevation, and the fourth instructs the reader, addressed directly throughout the text, on how to use the instruments discussed in section two. Each section is filled with numerous diagrams and illustrations to aid the reader’s understanding of the complex methods Leybourn outlines. The most important of these is perhaps the use of the protractor, which was still in the early days of its development. Leybourn explains that ​“a Protractor is an Instrument by which you may protract or lay down upon paper or otherwise, the true symmetry or proportion of any field, having made observation of the sides and angles thereof by some of the Instruments before described”.

Leybourn published ​‘The Compleat Surveyor’ at a time of increasing demand for estate surveys, with the gentry demanding visual evidence of their property, and thus their wealth and power. The professionalisation and practice of surveying initially met with some opposition, and Leybourn’s is, in fact, one of the first manuals to be produced without any extended argument in support of the practice, since previous writers felt the need to defend their work (McRae). In spite of this, ​‘The Compleat Surveyor’ proved extremely popular and was well-received by mathematicians and surveyors alike. Later editions would come to include ​‘The Art of Measuring: Or, The Carpenters new Rule Described and Explained’, which showed how to use logarithms to measure solids, boards, glass, pavement, wainscott, and brick. His explanation of advanced instruments and techniques continued to be employed throughout the following century, making Leybourn’s work an extremely important contribution to the discipline.
Very rare, we have been able to trace only four records at auction in the last 40 years. Only one example is available in public institutions in the UK (Oxford University). 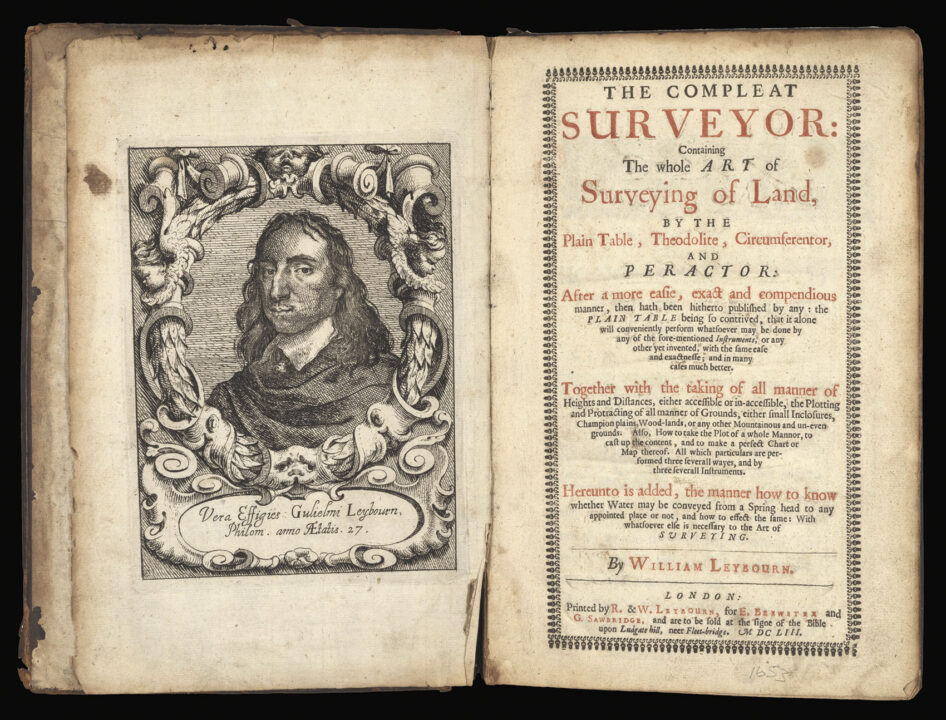