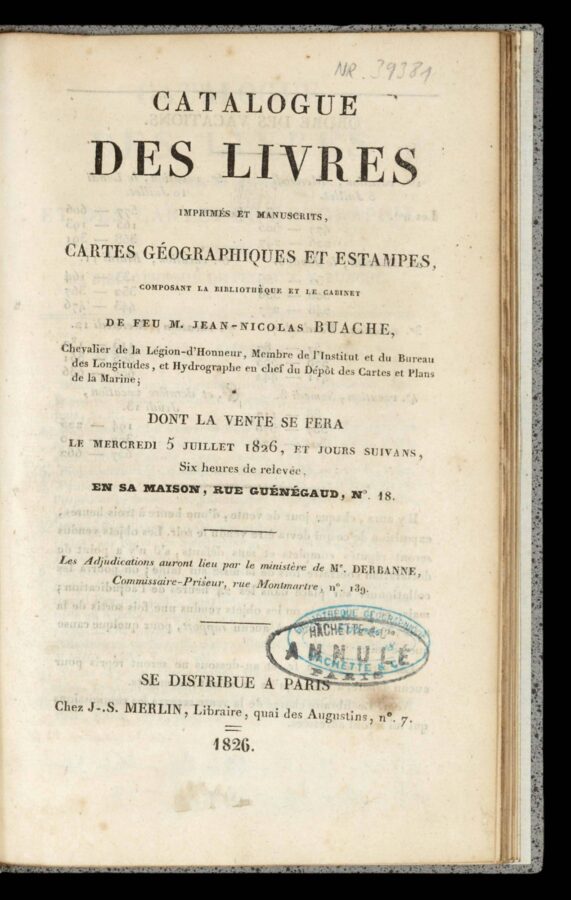 Fascinating auction catalogue of the library of Jean-Nicolas Buache (1741–1825), hydrographer and geographer, and nephew of the cartographic publisher Philippe Buache.

The extensive sale consisted of nearly seven hundred lots, and took place between Wednesday 5th to Friday 13th July, 1826. Buache’s library ranged from religious works and jurisprudence to military history and fiction, although it’s principal focus was on hydrography and cartography, as one would expect. 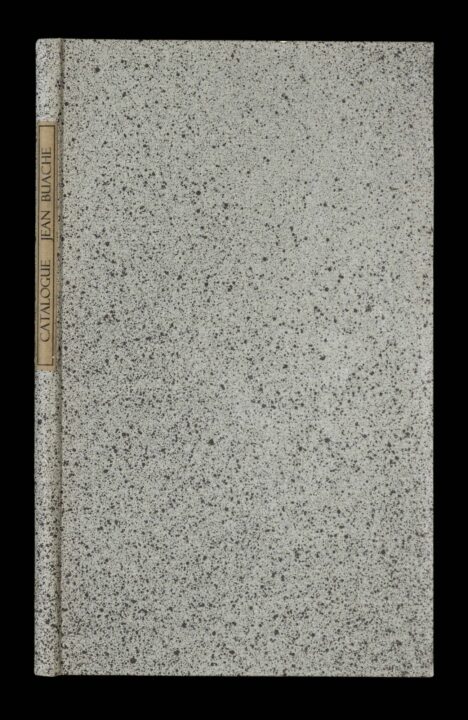