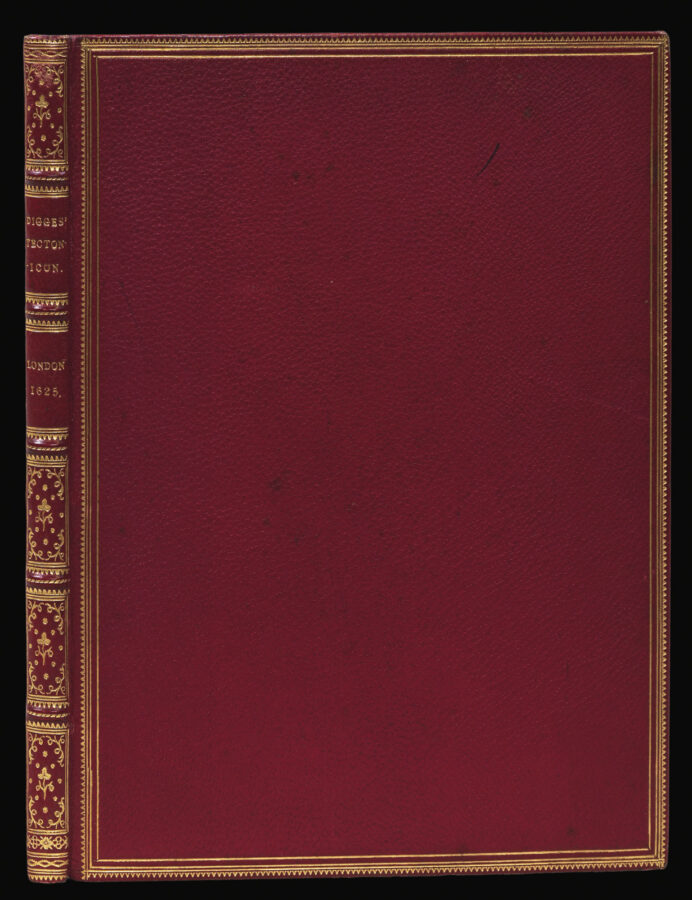 A 1625 edition of Leonard Digges’ treatise on land surveying first published in 1556.

Leonard Digges (c1515-1559) was a prominent English mathematician, and one of the earliest to publish his works in English. Only two of his books were published during his lifetime, A Prognostication of Right Good Effect (1555) an almanac which included among other things information on astrology, weather forecasting, the correct time for planting, grafting and blood letting; and the Tectonican (1556), the present work, which advertised on its title-page as a book for surveyor’s, ​‘landmeters’, joiners, carpenters, and masons. The work dealt with the measurement of land, the calculation of quantanties, and the uses of the cross-staff, the carpenter’s rule, and the square. Digges intended the work to be a straightforward handbook and reference guide for the practical surveyor. The work also heralds the beginning of the scientific instrument trade in England, as the title-page was used by the publisher Thomas Gemini to advertise his stock.

In both works Leonard states his intention to publish further works on practical mathematics, letters of the alphabet, and astrology. Only the former was published, postumously by his son Thomas, in 1571. The Pantometria which deals with practical mathematics, expands and complements his Tectonicon, and is the first English work to mention the altazimuth theodolite.

This particular edition is rare with only three institutional examples in the United Kingdom and none in America. 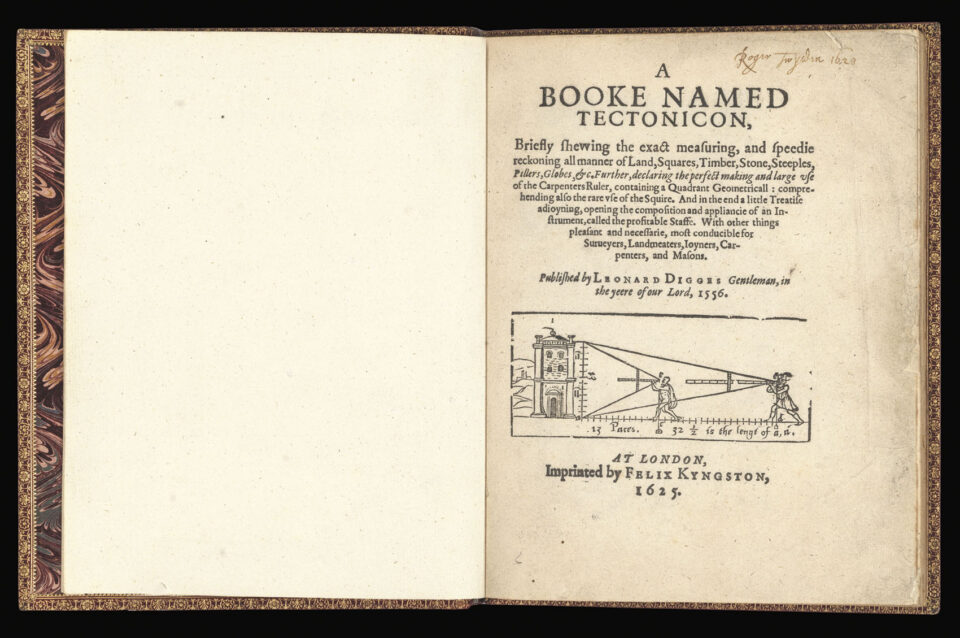 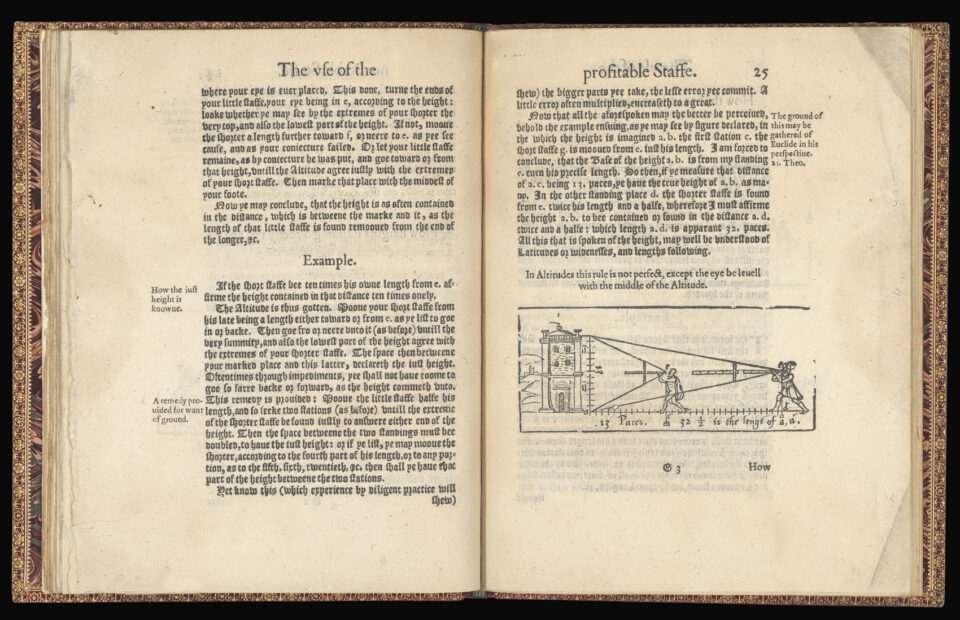 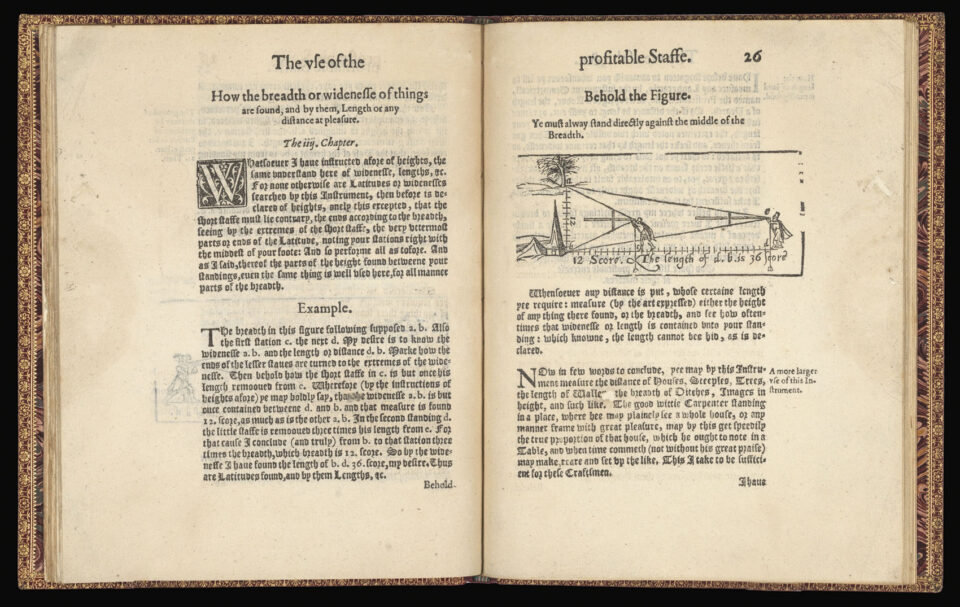