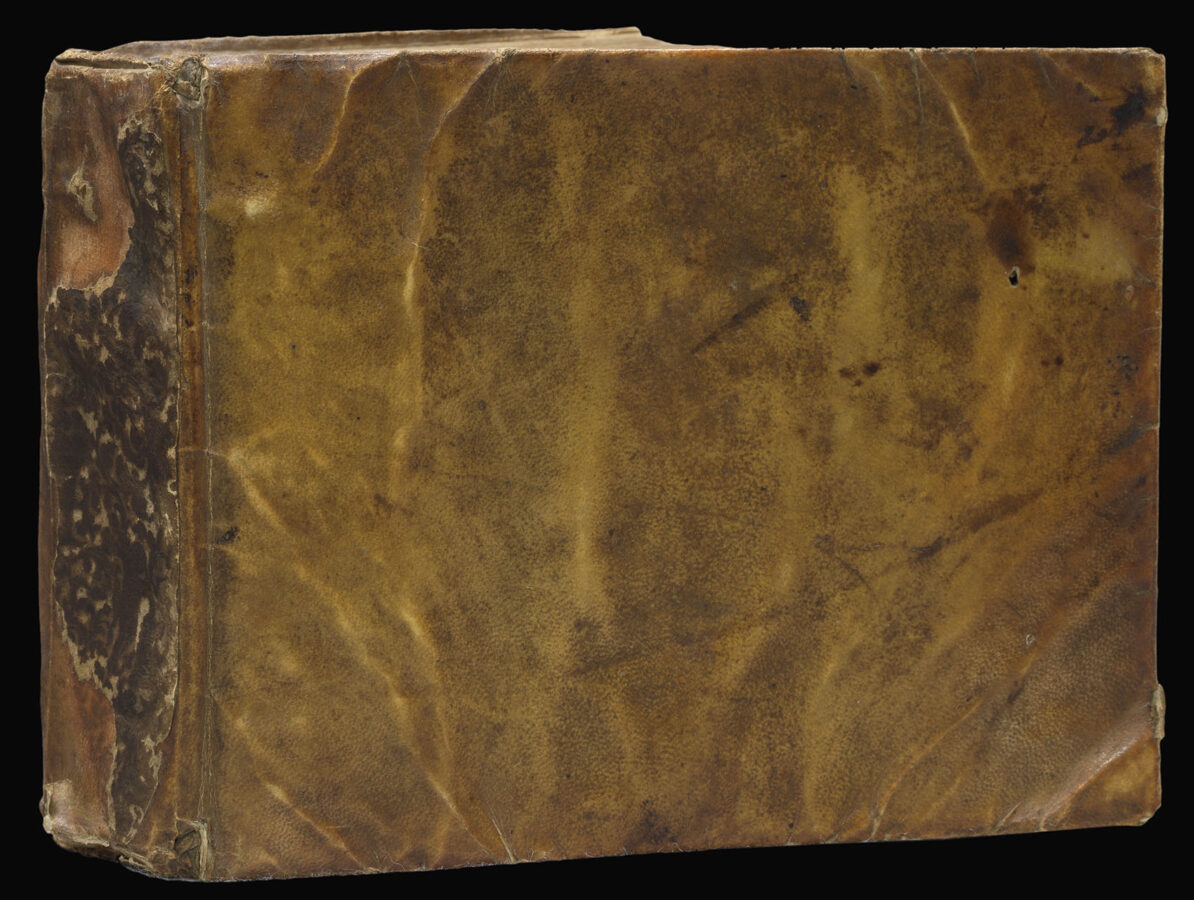 A first edition of this early topographical collection of views of every city in the known world at that time. Valegio’s aim with the ​‘Teatro’ was to provide a smaller, less lavish alternative to Georg Braun and Frans Hogenberg’s enormous collection of city views, ​‘Civitates Orbis Terrarum’, published from 1572. He models many of his plates after theirs, retaining in some the characteristic figures in local dress in the foreground. The various copies of the ​‘Teatro’ have different numbers and arrangements of plates: the present example is one of the largest known, with 305 engraved views, some of them signed by Valegio. They cover cities in Europe, Africa, Asia and the Americas, including the latest discoveries. Cusco, for example, had only become known to Europeans through Spanish explorations 40 years before.

Italy is represented by 51 plans; Cyprus is illustrated by views of Nicosia (p.40) and Famagusta (p.269). Nicosia, the capital, was taken by the Ottomans in 1570 after a 40 day siege. Famagusta shows warships in the harbour. The view of Famagusta borrows the beginning of the caption from Braun and Hogenburg’s work. In full, it reads ​“Famagusta, town of Cyprus, well fortified with towers and ramparts, you will come safely through long years of Turkish domination.“

Francesco Valegio (fl.1580–1624) was a Bolognese engraver and print dealer who lived and worked in Venice. He was arrested in 1610, along with his partner Catarino Doino, for printing and selling without a licence a potentially blasphemous print of the Virgin Mary.

We have traced only two institutional examples: one at Herzog August Bibliothek Wolfenbüttel with an unspecified (over 250) number of plates, and one at Yale University Library with only 184 plates. Another example with the same number of plates as the present work sold at Christie’s London in 2001 for £23,500.