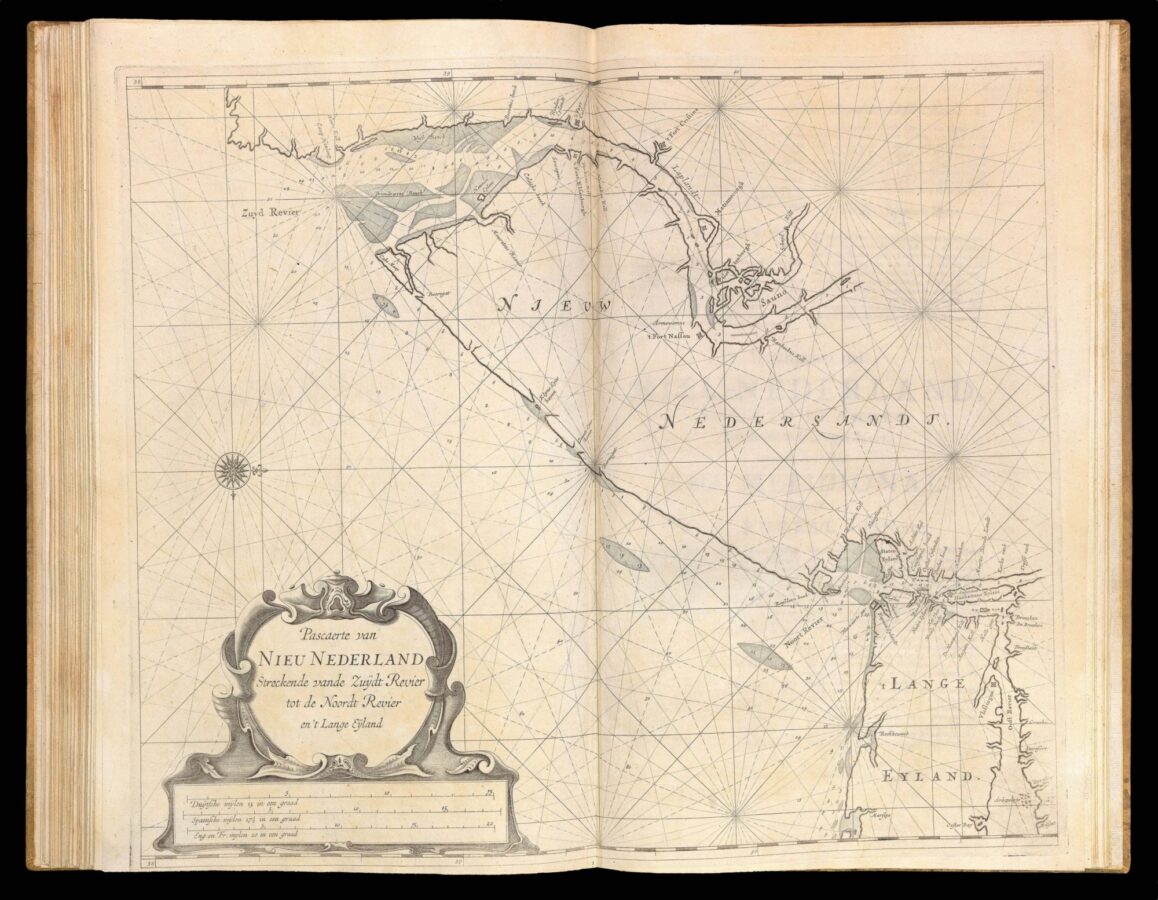 Unrecorded Spanish edition of the First Sea Atlas of America

One of the most important maritime atlases of the Dutch Golden Age.

Roggeveen’s work is the first maritime atlas of the American coasts, and was based largely on the closely guarded collection of mostly Iberian manuscript nautical charts owned by the Dutch East India Company (VOC) and West India Company (WIC). It covers what it calls the West Indies, a term then interpreted much more broadly than today, including not only the entire Caribbean, the Gulf of Mexico and Central America, but also part of South America and the entire east coast of what is now the United States and southern Canada.

Arent Roggeveen (c.1628–1779) was born in Delfshaven, and came to Middelburg as a teacher in 1658. Familiar with mathematics and land-surveying and interested in astronomy, he quickly learned the arts of navigation. Middelburg boasted one of the most important chambers of both the VOC and WIC, therefore many of Roggeveen’s students worked in the two companies. Through these connections he apparently gained access to the large collection of mostly Iberian manuscript sea charts that the companies had captured, copied by espionage, or commissioned (some American place names in Roggeveen’s atlas still retain their Spanish forms). This collection had been closely guarded as a matter of national security during the Dutch war of independence from Spain. Even after 1648 it was still considered sensitive material, as it gave the Dutch merchants of the VOC and WIC an important commercial advantage. While some atlases largely copied maps from their predecessors, Roggeveen could therefore draw on this cartographic treasure trove to produce more accurate and more detailed sea charts than had ever been published before.

The first edition of the atlas was published in 1675 by Pieter Goos, however, due to the death of Goos in the same year, and that of Roggeveen four years later, a second edition would not be published until 1680, by which time the plates had been acquired by the chart dealer Jacobus Robijn. Robijn went on to republish the second edition in 1689, with a third edition appearing in 1698. As well as Dutch the pilot also appeared with English, French, and — as with the present edition — Spanish text.

We are unable to trace an institutional example of this edition. Koeman records six institutional examples of the 1680 Spanish edition. The charts and text would appear to be unchanged from the 1680 edition: with all the charts in their first state; the chart of Catalina is in its proof state; chart No. 7 bears revision to Curaçao plate; whilst the chart of Curaçao [No.7 1/2] bears no number. The only revision to the 1680 edition is the inclusion of a new title-page and privilege in which Roggeveen’s name has been omitted and Jacob Robijn inserted in its place. 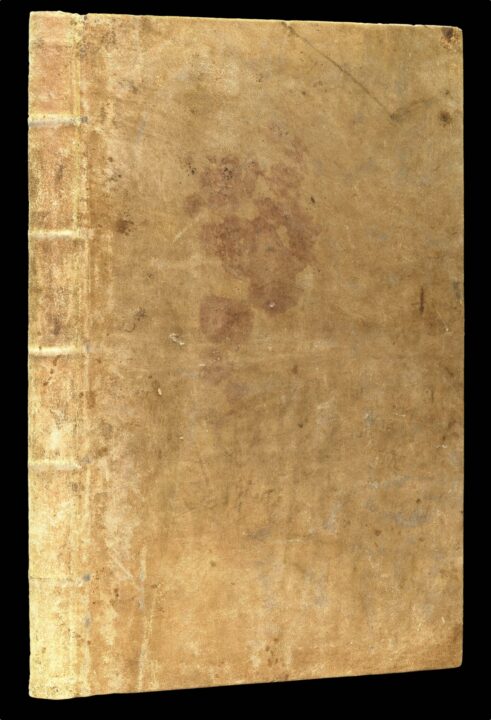 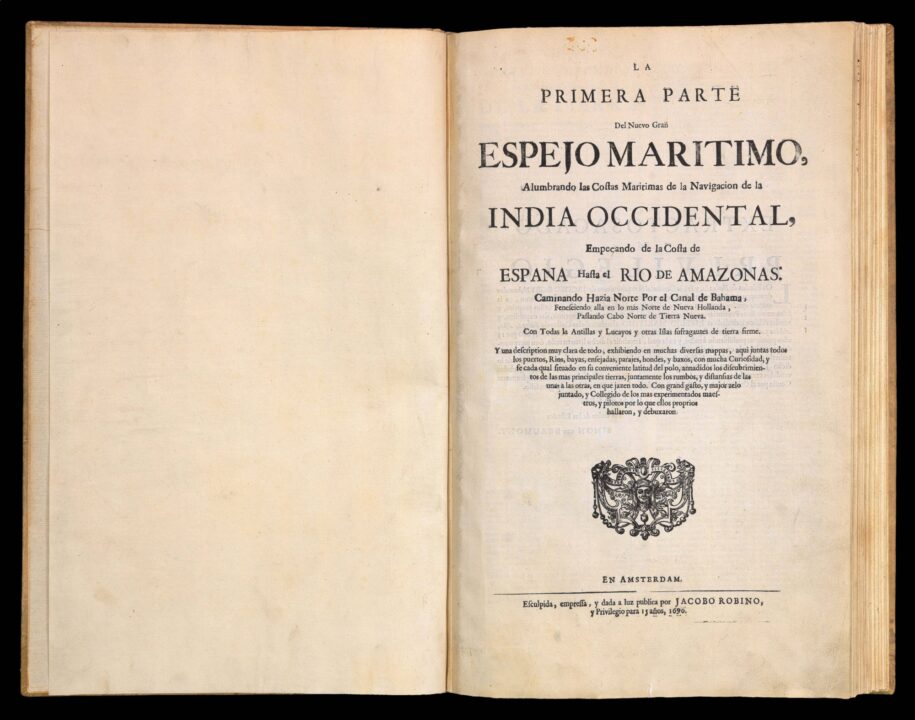 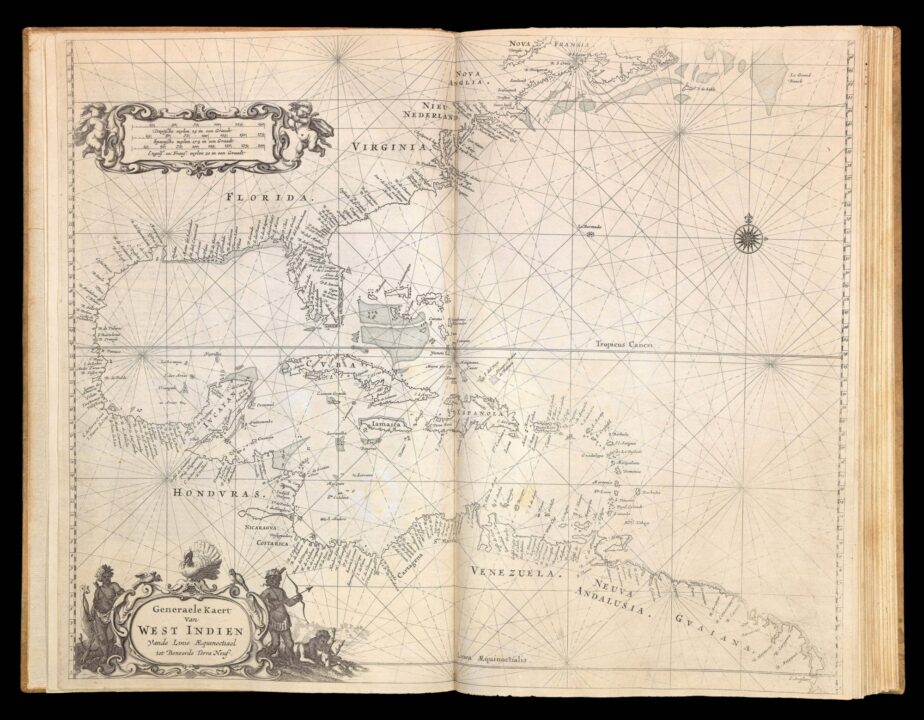 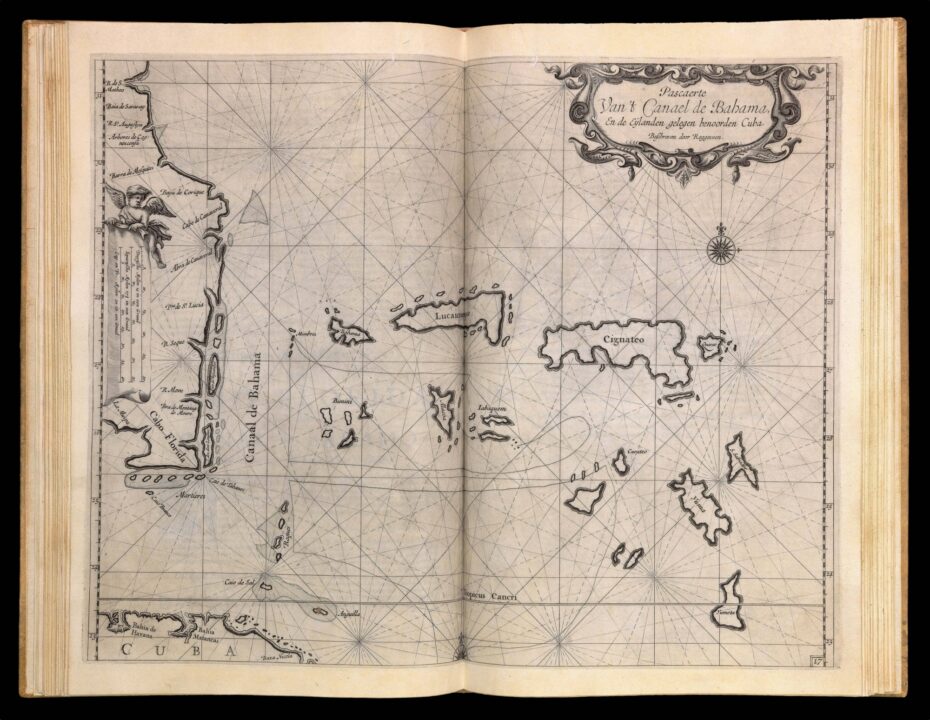 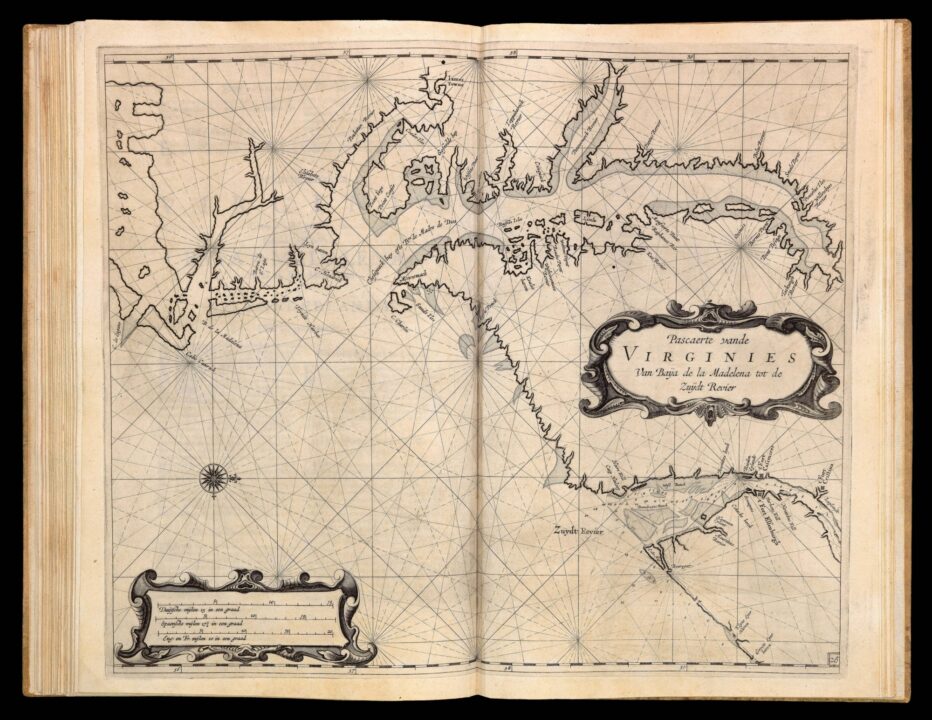