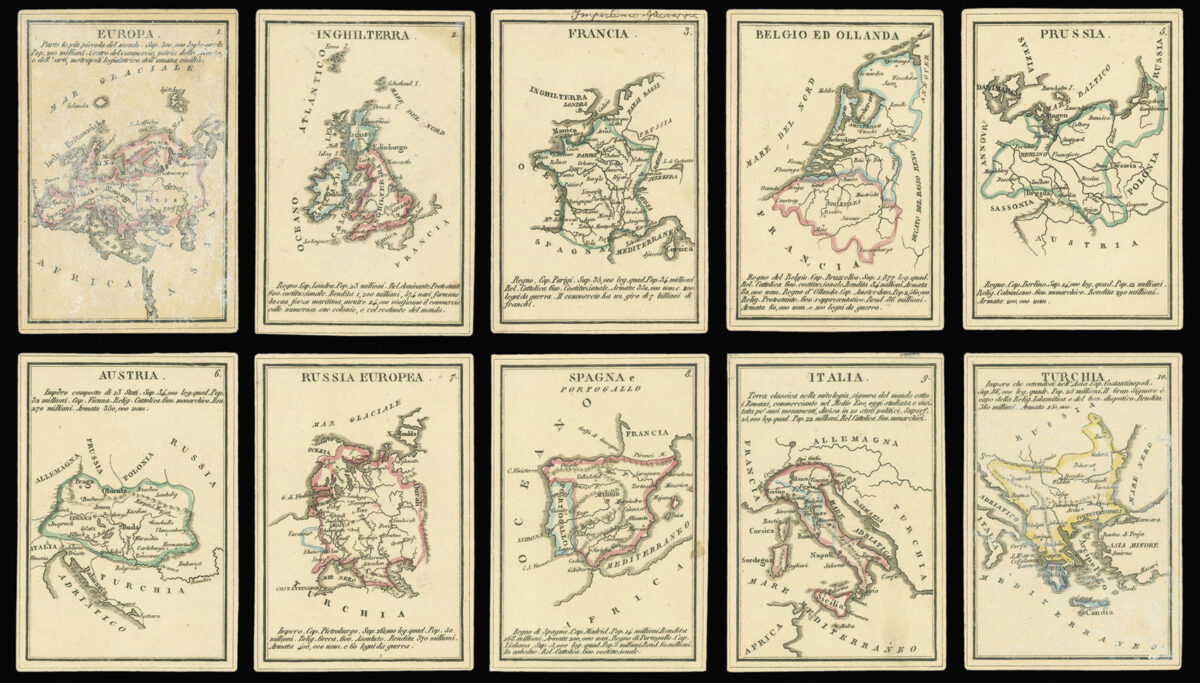 The atlas consists of a title and forty maps each printed on thick card. The cards are divided into four sets: Europe, Asia, America, and Africa; with each set containing nine regional maps of the most prominent countries. As the title states, each map gives information upon the geography, population, religion, government, revenues and military strength.

Although the atlas is not dated, an approximate date maybe ascertained from the map of Argentina and Uruguay. Upon the map Argentina is named the ​‘Confederazione del Rio della Plata’. The United Provinces of Rio de la Plata was an early name for the newly independent Argentina. The name was dropped by the end of the 1820s in favour of Argentina. The map also shows an independent Uruguay, which gained its independence at the Treaty of Montevideo in 1828.

We are unable to trace any institutional example of the present atlas. 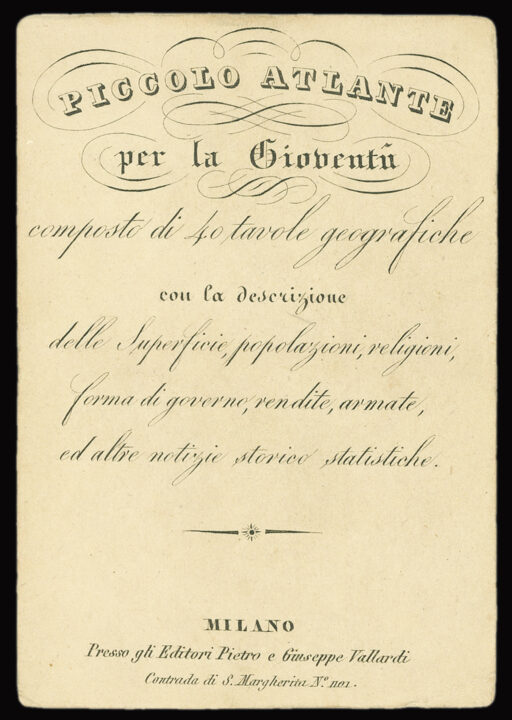 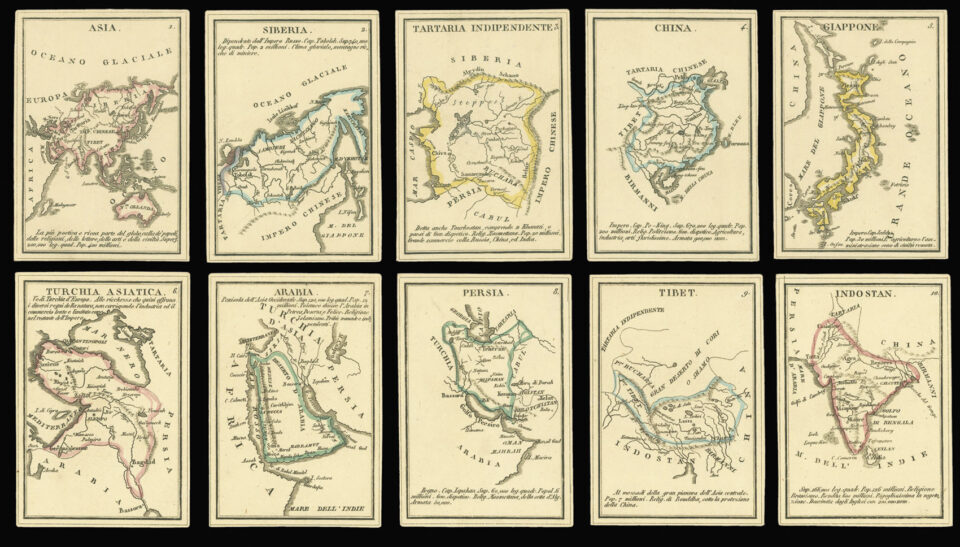 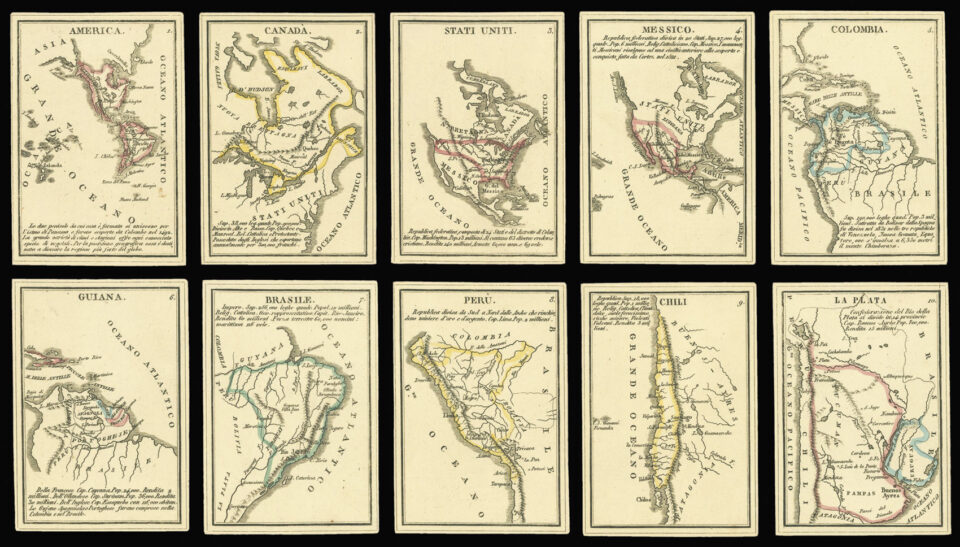 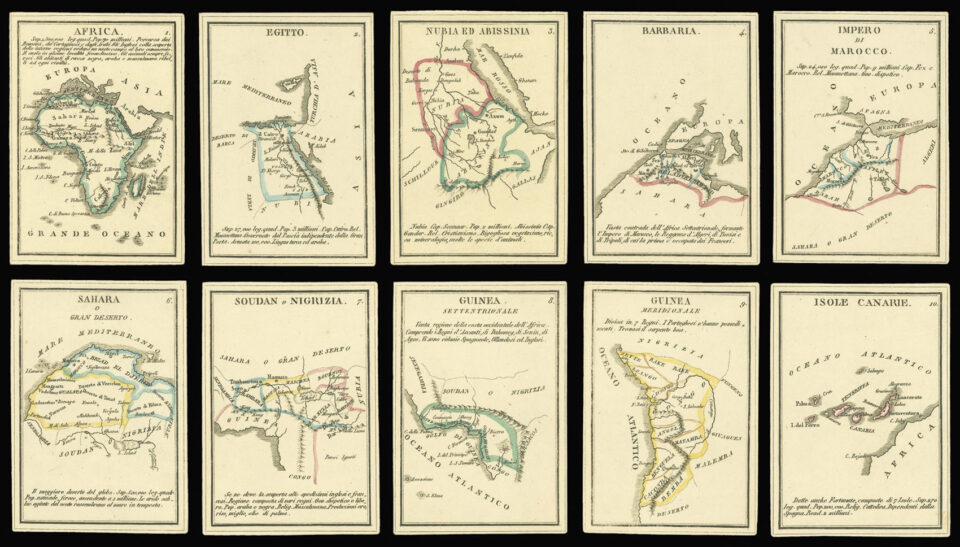