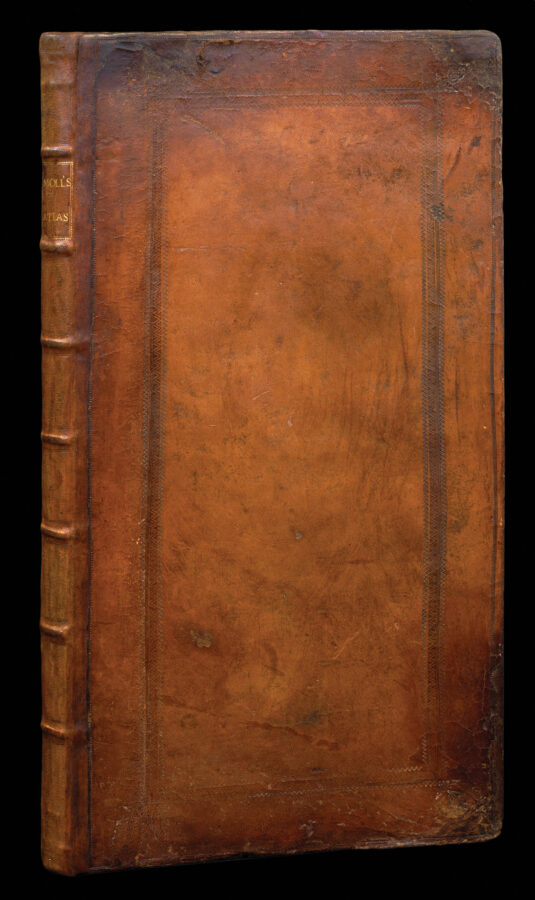 The World described; or a New and Correct Sett of Mapps. Shewing the Several Empires, Kingdoms, Republics, Principalities, Provinces &c in all Known Parts of the World’.

The atlas consists of 30 large two sheet maps covering the whole world: two world maps, four covering the British Isles, 14 of Europe, one of Africa, three of Asia, and six of the Americas, and were first issued by Herman Moll, at sometime around 1710. Moll’s atlas and John Senex’s ​‘The English Atlas’ were the two dominant elephant folio atlases of the day, and they enjoyed considerable longevity. Both atlases bore many similarities, however, Moll’s maps are generally more decorative, with elaborate cartouches, diagrams, and numerous blocks of explanatory text.

The maps — as stated in the text upon the present title leaf — were ​“sold either single or in Setts”, i.e. individually or bound as an atlas. As a result the majority of the maps bear the imprint of several different mapsellers. The present example bears the imprints of Philp Overton, John Bowles, his brother Thomas Bowles, and John King. Their respective addresses suggest a date of around 1730 to 1733.

The atlas contains two important maps of North America, ​‘A New and Exact Map of the Dominions of the King of Great Britain on ye Continent of North America’ also known as the ​‘Beaver’ map on account of its attractive vignette showing a beaver colony near Niagra Falls (one might imagine they would have their work cut out damming the Niagra!); and ​‘A New Map of the North Parts of America Claimed by France’. Both are among ​“the first and most important cartographic documents relating to the ongoing dispute between France and Great Britain over boundaries separating their respective American colonies” (Pritchard & Taliaferro). The Beaver map (here in it’s fourth state c.1731) is also considered to be the first postal map of the colonies.

Moll’s map of the East Indies is also of note, as it is the first English two sheet maps of the area. The map stretches from India to Papua New Guinea, and bears several large insets of the areas most important trading posts. The map is dedicated to the Directors of the East India Company, and whose coat-of-arms can be seen above the title. The map itself is replete with small text blocks providing information upon the produce of each country and which European nation had trade privileges.

Herman Moll (?1654–1732) moved to London from his native Germany sometime before 1678, where he was employed as an engraver. Moll’s career in London would span some 60 years and see him move from a jobbing engraver to a successful publisher of maps and atlases; and although he left a significant body of work, very little is known about the man himself. He was evidently known to the intellectual elite — Robert Hooke makes mention of him in his diary — and was known to associate with the likes of Jonathan Swift and Daniel Defoe. Moll passed away in 1732, leaving his estates ​“in Great Brittaine and Germany or elsewhere” to his daughter Hendrina Amelia Moll. No mention of his atlas stock is mentioned in the will, which had been sold to Thomas and John Bowles. 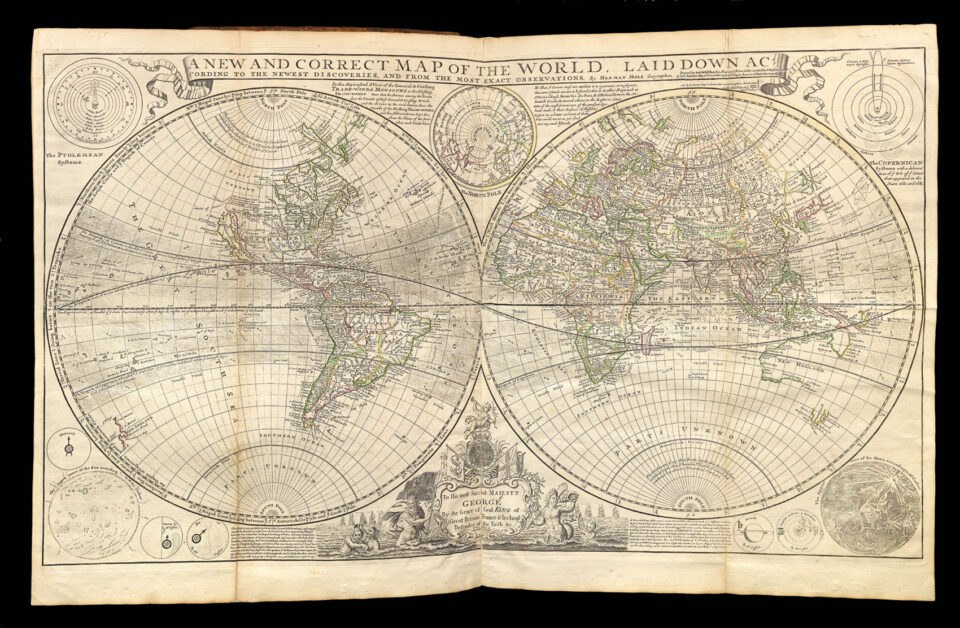 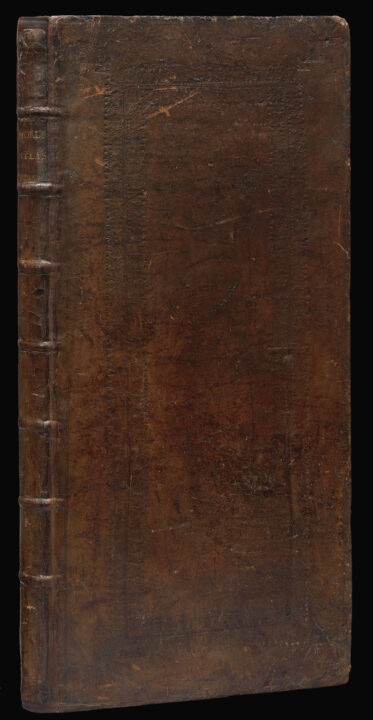