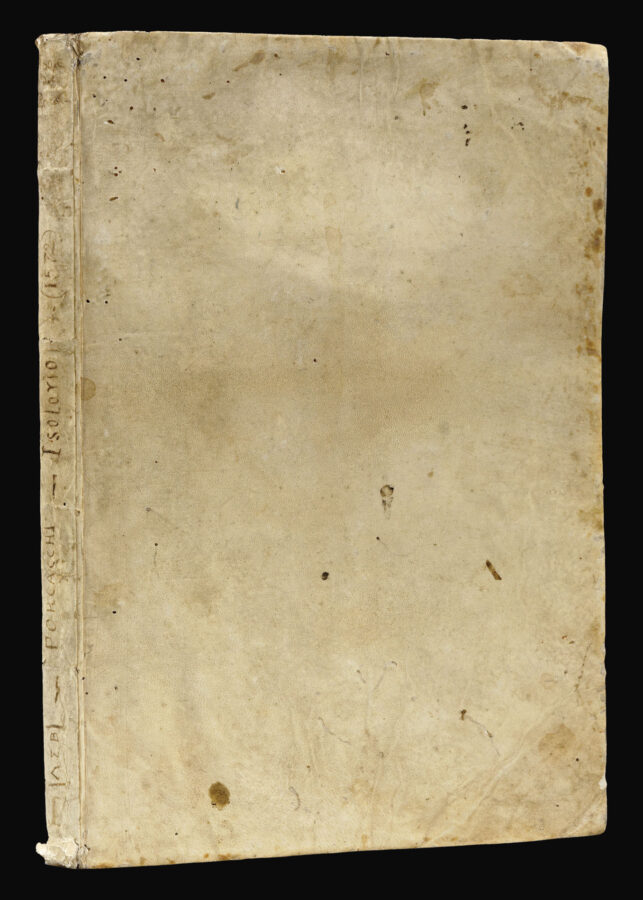 The uncommon first edition of the first isolario engraved on copper

The scarce first edition of the ​‘Isolario’, produced by the humanist Tommaso Porcacchi (Castiglion Fiorentino 1530 — Venice 1585). The work proved extremely popular and it was followed by many editions with additions and corrections.

​“Porcacchi’s ​‘L’Isole piu famose del mondo…’ is sometimes said to have been inspired by the Holy League’s victory over the Ottomans at the Battle of Lepanto (7 October 1571). Certainly, the ​‘Isole’ is dedicated to Don John of Austria, the victorious heroof the battle…, but as the plan of the battle first appeared in the second edition (1576), the preparation of the first edition is likely to have preceded the battle.” (Baynton-Williams and Scutari).

In the first edition the Cyprus map has a heading without decorative woodcuts. The text starts with the woodcut capital ​‘N’. 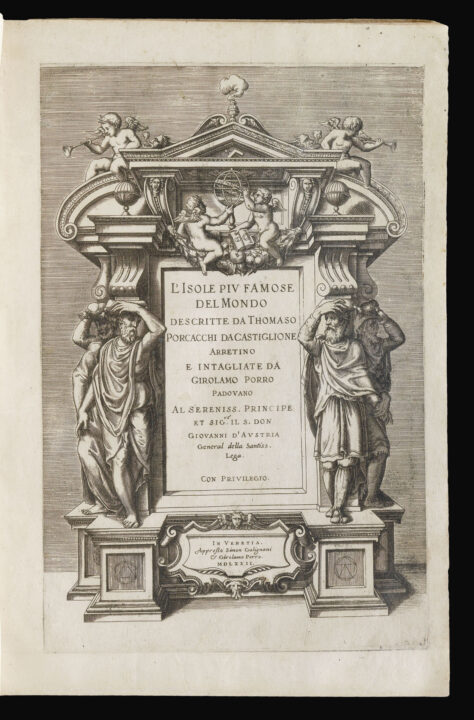 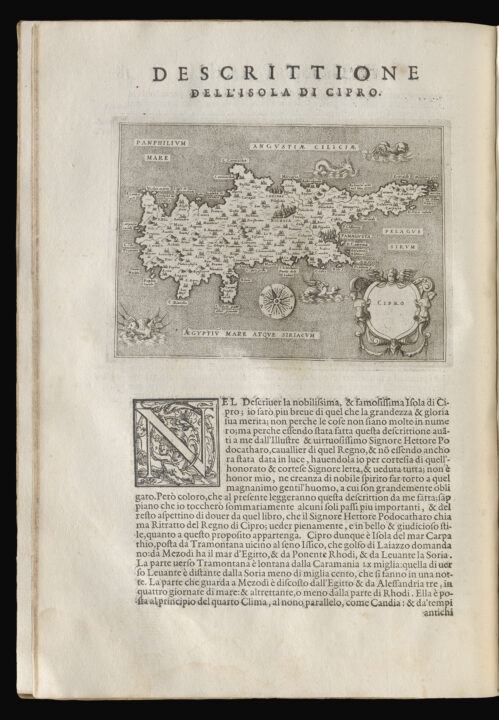