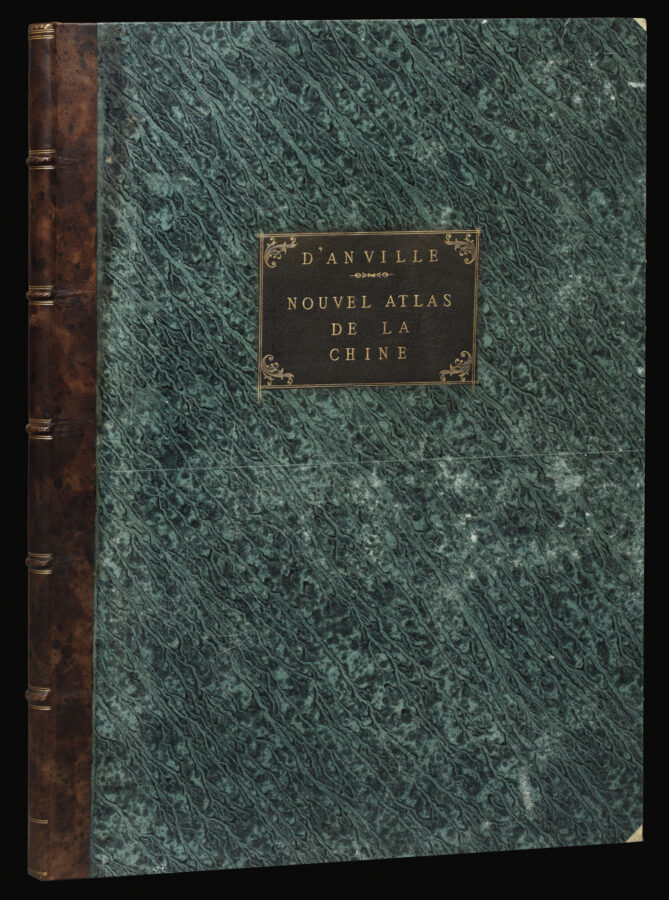 “the principal cartographic authority on China during the eighteenth century”

A rare atlas containing detailed maps of China’s provinces, created to accompany Jean Baptiste du Halde’s ​‘Description de la Chine’. Here, they have been issued as an atlas without du Halde’s text. Du Halde, who became a Jesuit priest in 1708, was entrusted by his superiors to edit the published and manuscript accounts of Jesuit travellers in China. The finished work records the narratives of 27 of these missionaries, covering every aspect of Chinese society, from the language to the production of silk and porcelain.

Jean Baptiste Bourguignon D’Anville (1697–1782) was a French geographer and cartographer, known for the careful scholarship and accuracy of his work. He was provided with the Jesuit testimonies and also with the maps created from their reports by the Chinese government in 1718. He used this information to create the most comprehensive survey of China published in the eighteenth century, and the first new set of maps of the area since the Blaeu and Martini atlas of the previous century. Not only does it incorporate d’Anville’s highly accurate map of China, but it also contained the first separately issued European maps of Korea and Bhutan, and the first accurate map of Tibet in ten sheets.

China was highly fashionable in France at the time. The Abbé Raynal, for example, emphasised China’s lack of hereditary nobility, the ​“benevolent despotism” of the Emperor, and the supposedly moderate taxes, all issues in contemporary France. This interest in China’s political system was offset by an interest in its literature. Parts of Confucius had been translated into Latin in 1669, and Voltaire himself advocated reading Confucius’ works. The publication of du Halde and d’Anville’s works marked the point at which ​“French Sinophilism developed into Sinomania” (Rowbotham). 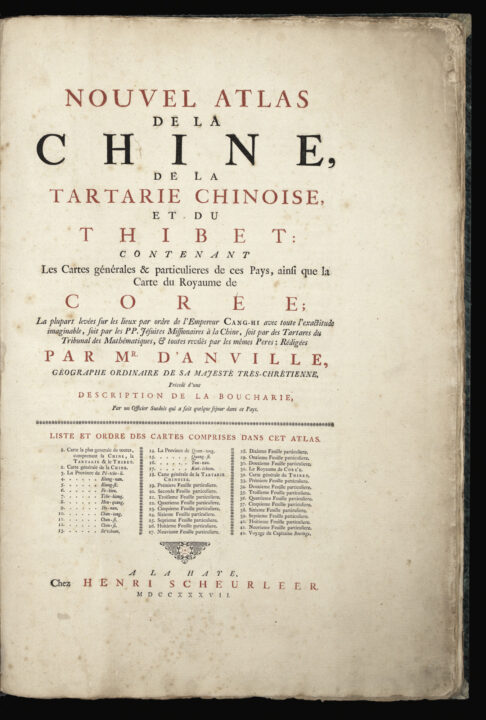 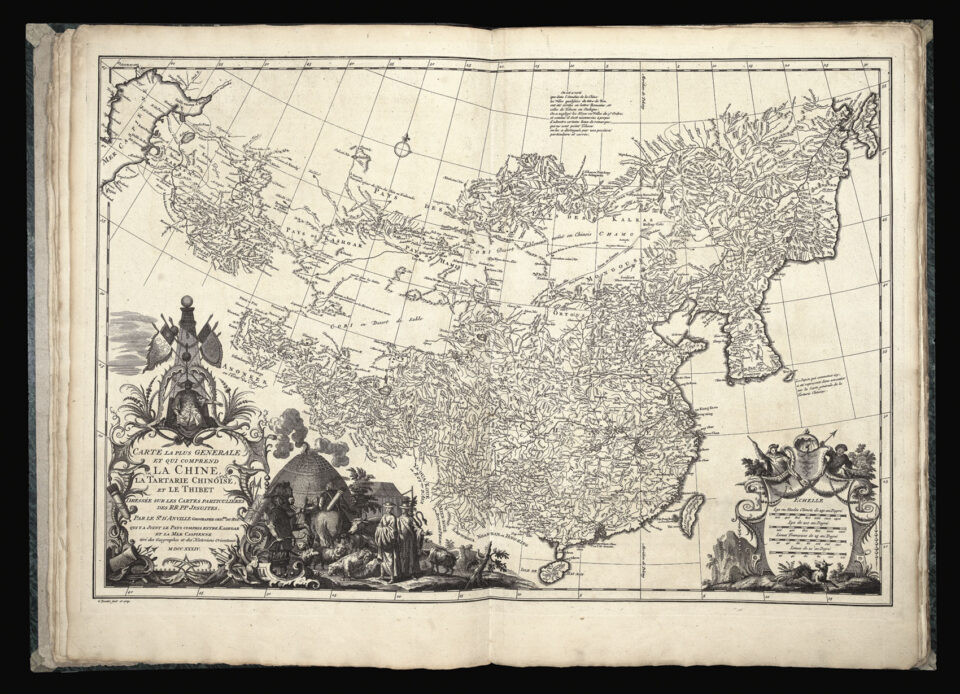 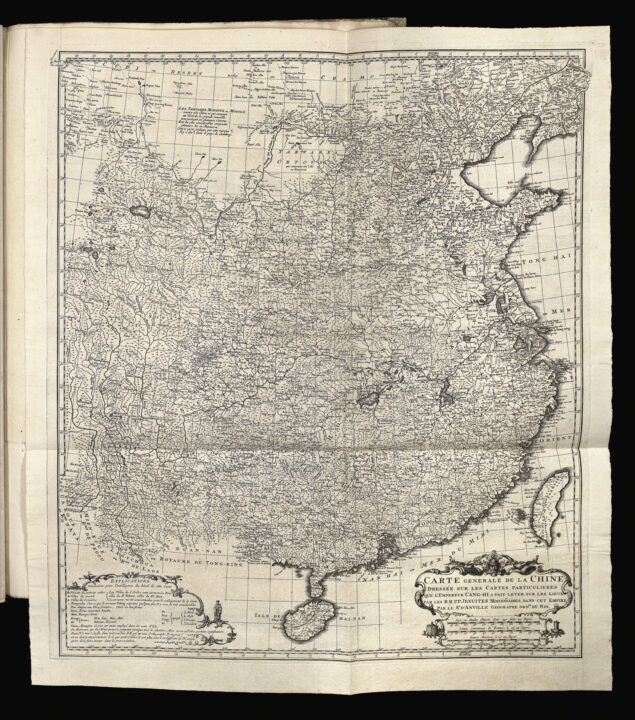