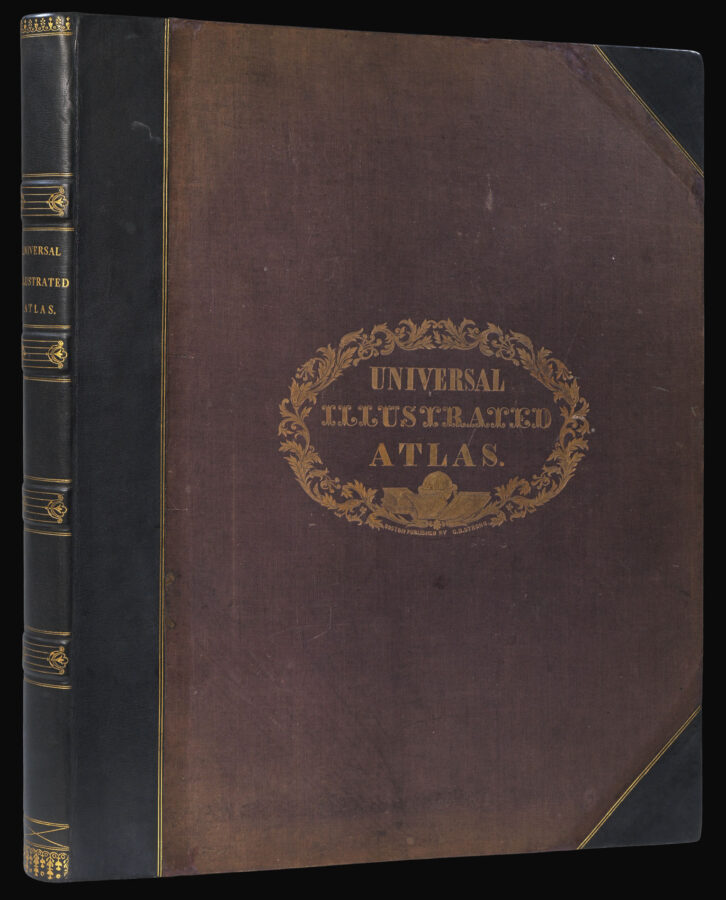 An attractive early American atlas, with a superb double-page map of the United States and 34 maps of American states and cities, which were originally published in Bradford’s ​“Illustrated Atlas…of the United States”, 1838, and as here in 1841. Additionally there are two world hemisphere maps, two maps of Canada, a map of the Caribbean islands, five city-plans of eight U.S. cities: Washington, New Orleans, Louisville and Cincinnati on one sheet, and single sheet plans of Boston, New York, Philadelphia and Baltimore. Each map is accompanied by explanatory articles on the history, economics and geography of the area, as well as a great deal of contemporary statistical information.

The map of Texas, and the accompanying text on the young ​“Republic of Texas” are important: ​“The boundaries of this infant commonwealth are as yet unsettled on the side of Mexico; and on the east and north they are the Gulf of Mexico and the frontiers of the United States… The old Province of Texas or Tejas was bounded on the west by the Nueces from its mouth to its head, and a line drawn thence, along the water-shed between the Rio del Norte on the west, and the Brazos and Colorado on the east, to the sources of the Red River, that river forming the northern boundary, and the Sabine with a straight line drawn from the point of its intersection by the 23rd parallel of latitude to the Red River, dividing it from Louisiana and Arkansas… The new republic, however, does not confine its claims to the limits of the Province; but extends its pretensions to the Rio del Norte on the west, and to the Arkansas, beyond the 23rd meridian, on the north, thus comprising parts of Tamaulipas, Coahuila, Chihuahua, and New Mexico,…” (page 164). When this map was first published by Bradford, it was the first of the Republic of Texas to be included in an atlas.

Pages 171 forwards are the ​“Supplement to Bradford’s Illustrated Atlas of the United States and Adjacent Countries; containing an account of Mexico, Central America, &c. and bringing down events to 1841”. Phillips Atlases 783 (citing 1842 edition). 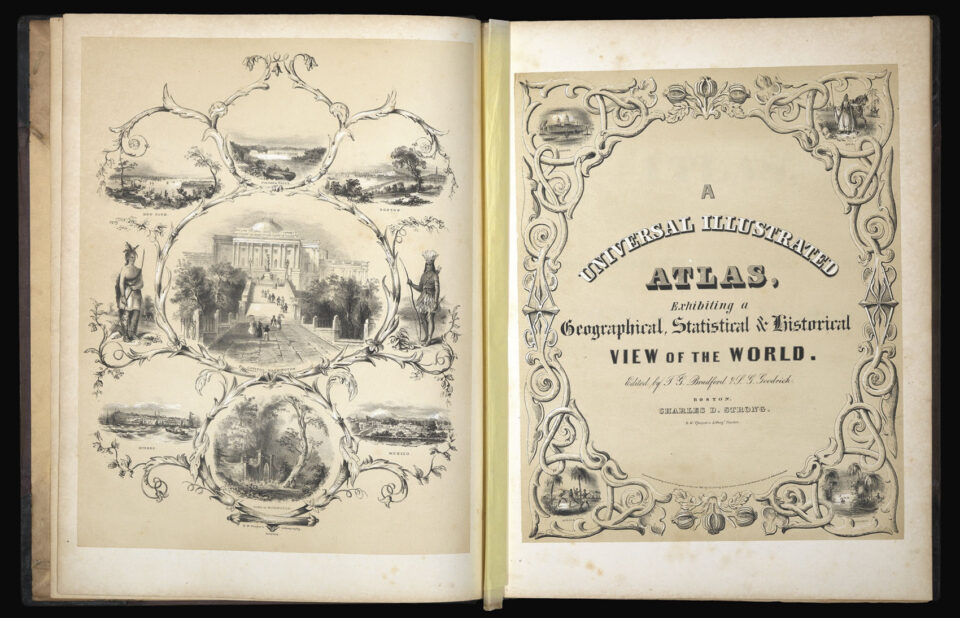 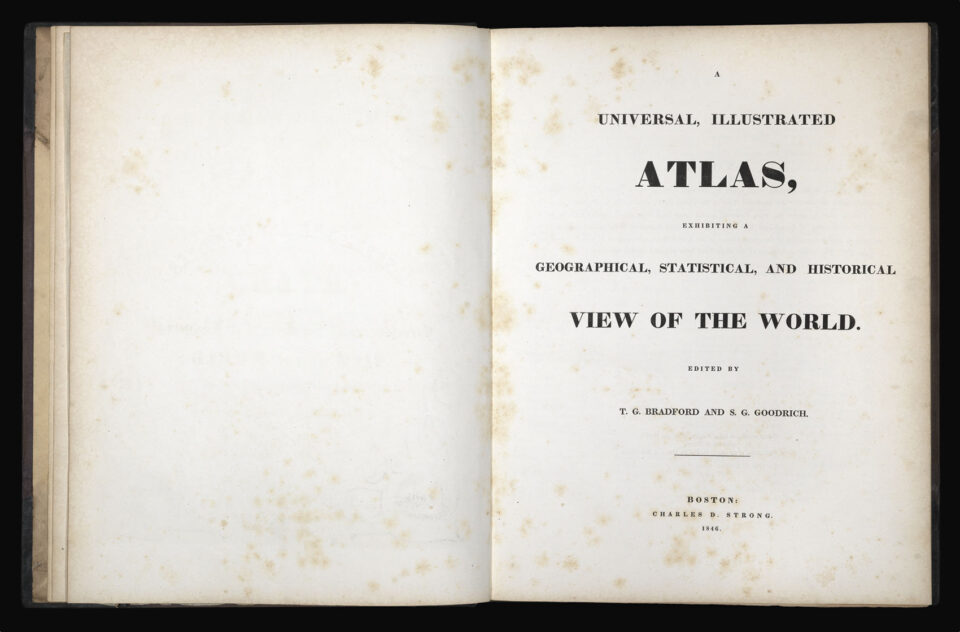 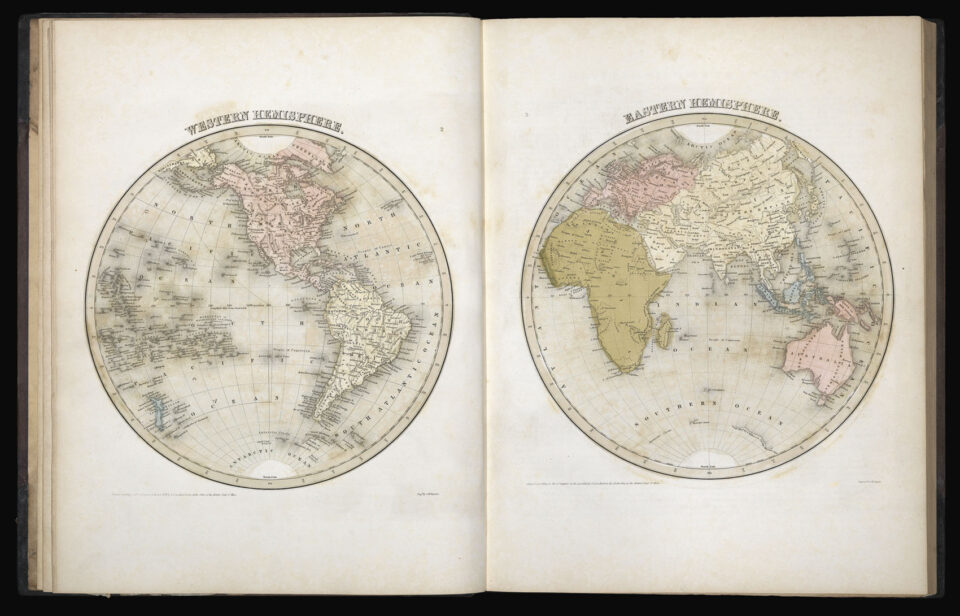 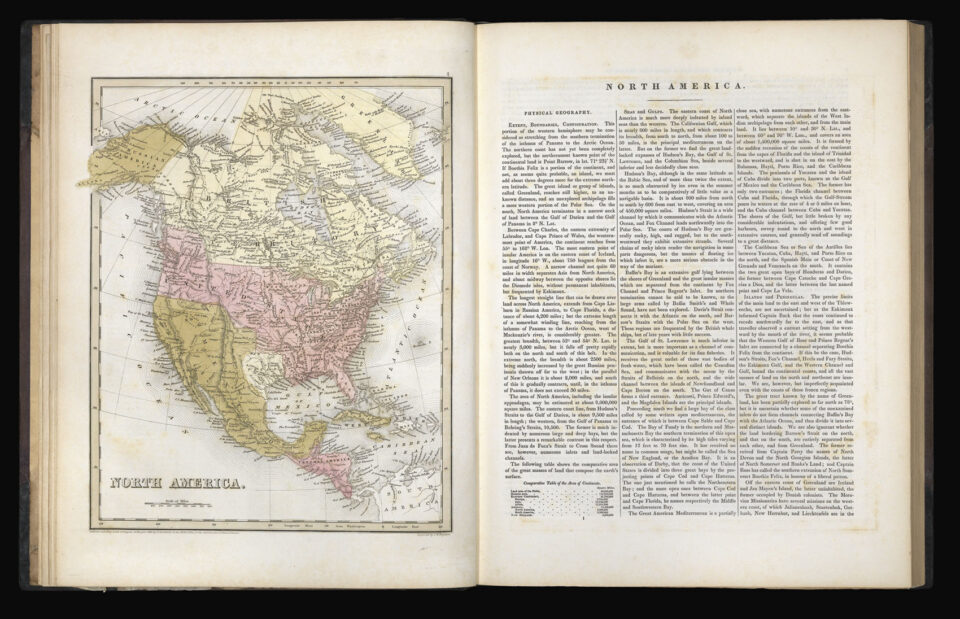 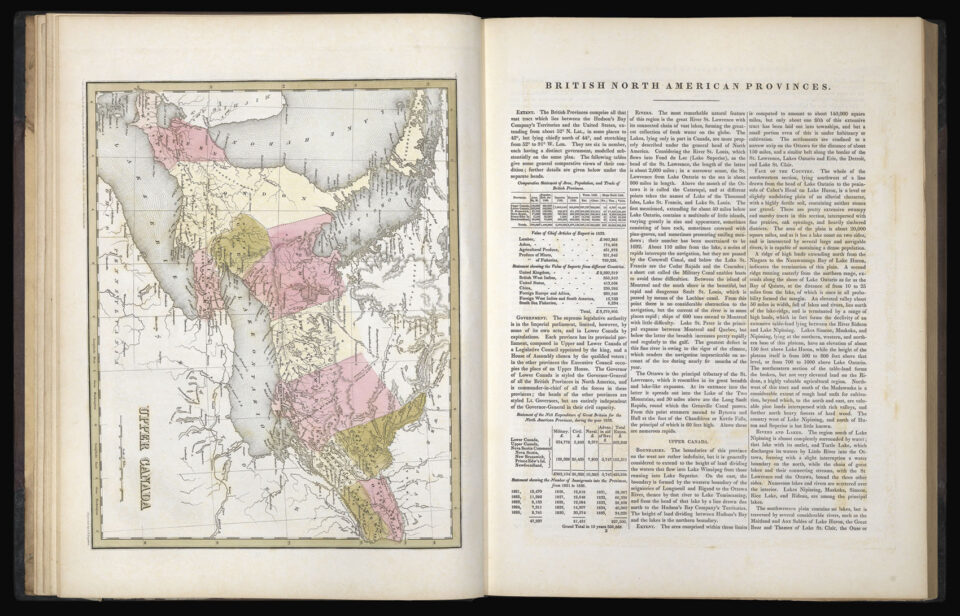 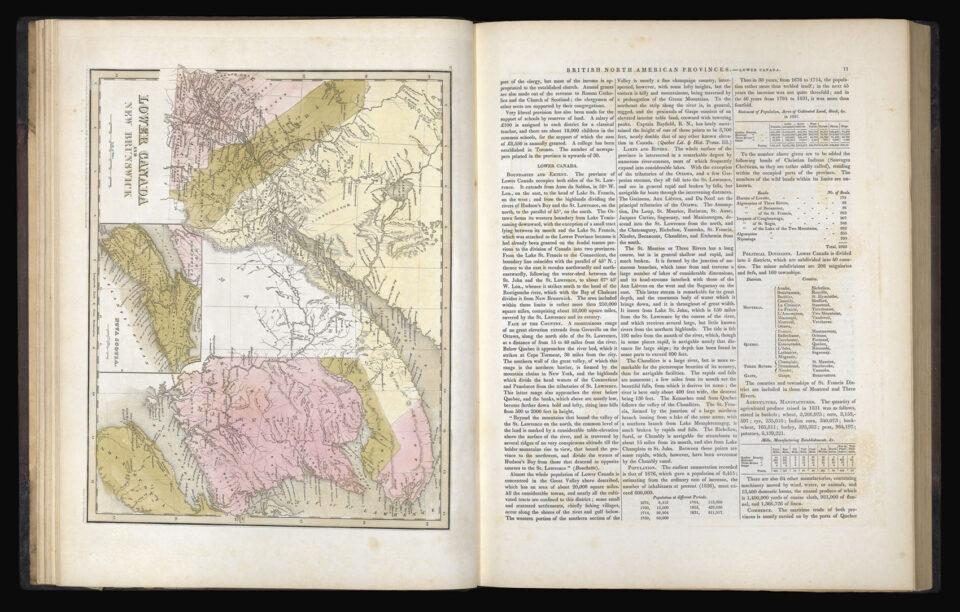 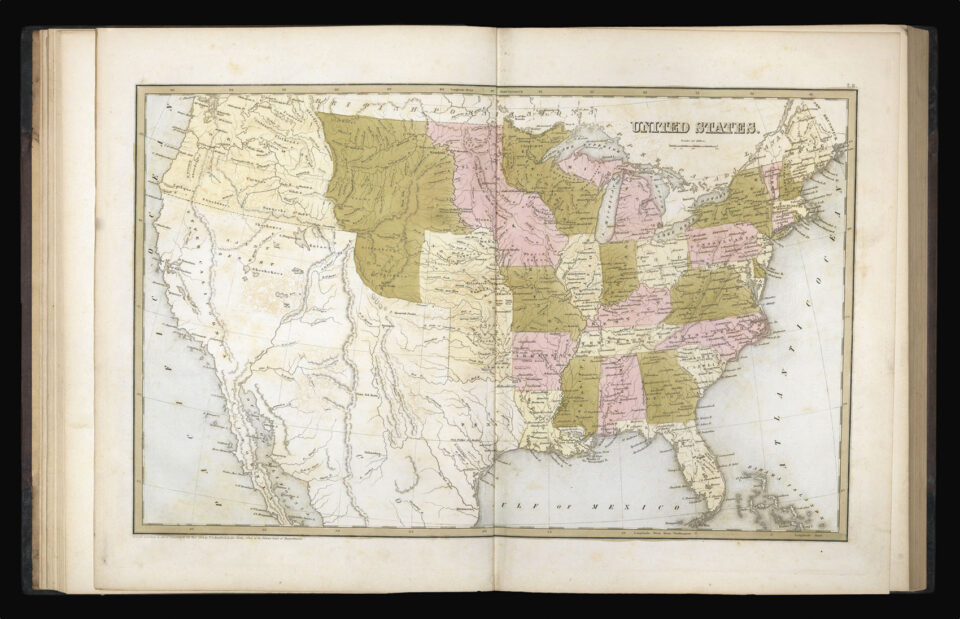