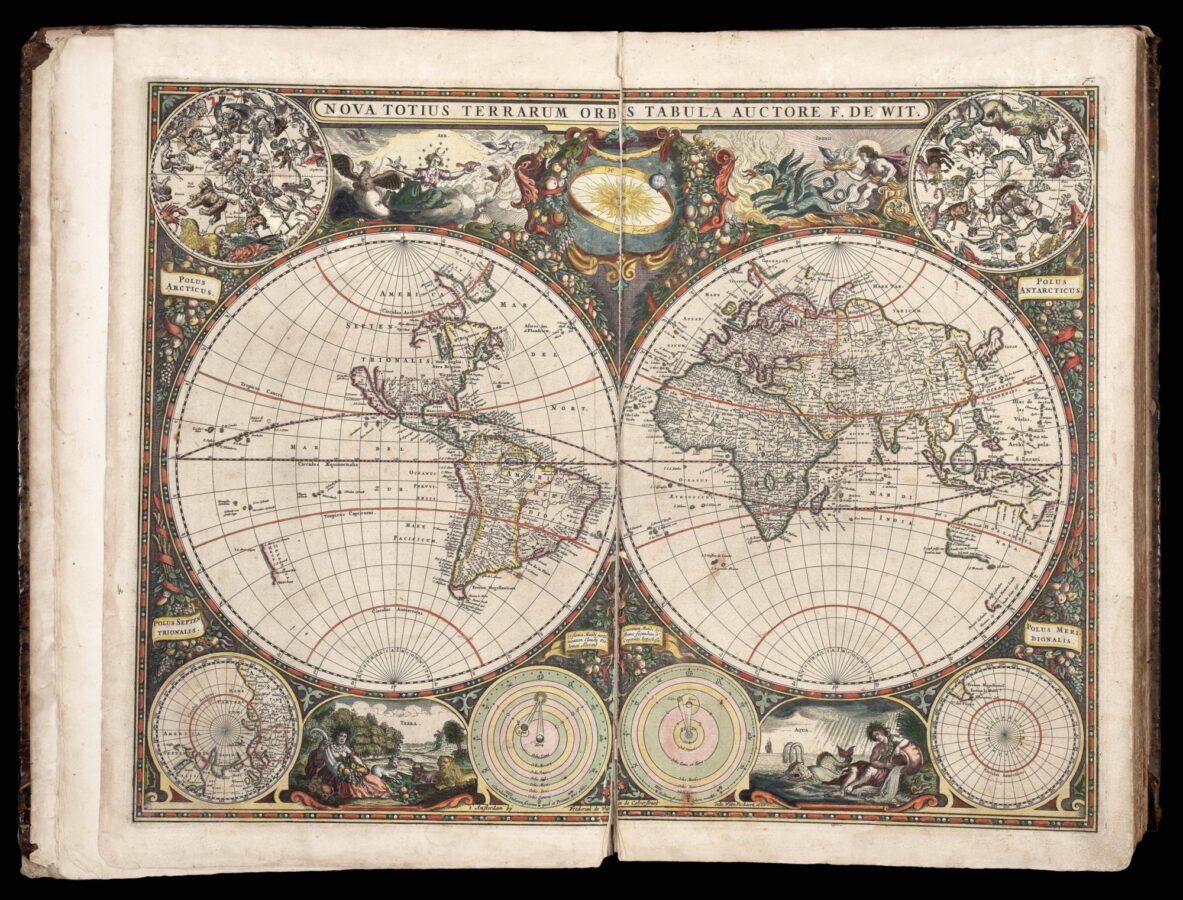 Although not the first to publish a sea atlas in Amsterdam – that honour went to Janssonius – the first edition of the ​‘Zee-Atlas’ was published in 1659, and only one example of that edition is known, in the National Libary of Australia. Between then and 1669 the number of maps was extended from nineteen to fifty. In 1676 Doncker introduced the larger format ​‘De nieuwe groote vermeerderde Zeeatlas’. The atlas was re-issued until as late as the early 1700s when it was published by Doncker’s son, also Hendrick, who continued the business following his father’s death in 1699.

Koeman notes: ​“Doncker’s charts were the most up-to-date in the second half of the seventeenth century. Although there is some similarity to those charts published by Van Loon, Goos, Lootsman, and Doncker, the latter’s charts are original. More frequently than … [his] contemporaries, Hendrik Doncker corrected and improved his charts. He often replaced obsolete charts by new ones … This consciousness of the high demands of correctness is reflected by the development of Doncker’s sea atlas”.

The charts of the Americas include the ​“Pas caert van Nieu Nederland, Virginia en Nieu Engelant” — the third printed chart of the New Netherlands, and the ​‘Pascaart vertoonen de Zeecusten van Chili, Peru, Hispania Nova, Nova Grenada en California — orientated with east at the top and depicting California as an island on a larger scale than any earlier sea chart..

The the preliminaries and charts conform to Koeman Don 9B, but contain the additional charts of ​‘De cust van Zeelandt…’, and ​‘De Cust Vlaenderen…’, which Koeman records as first appearing in the Spanish edition of 1669.

A list of five members of the Lundgren family originally from Onsala, in Sweden, in manuscript to the upper pastedown. From Captain A. Lundgren in the early eighteenth century to Hans Lundgren, an accountant, of Karlskrona, born in 1908; and hence by decent. 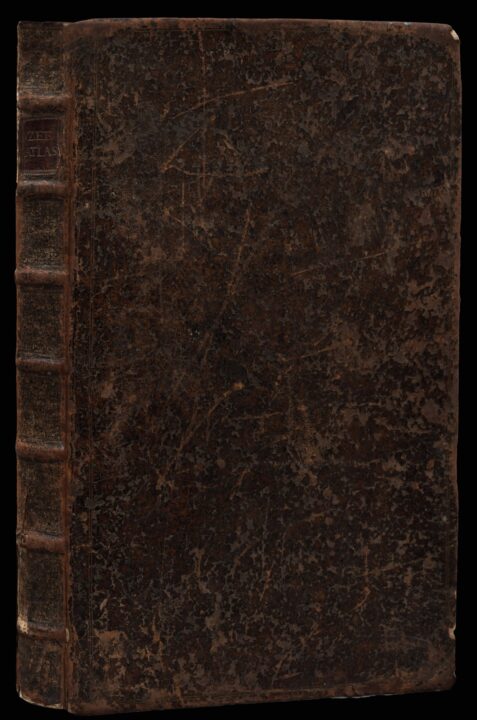 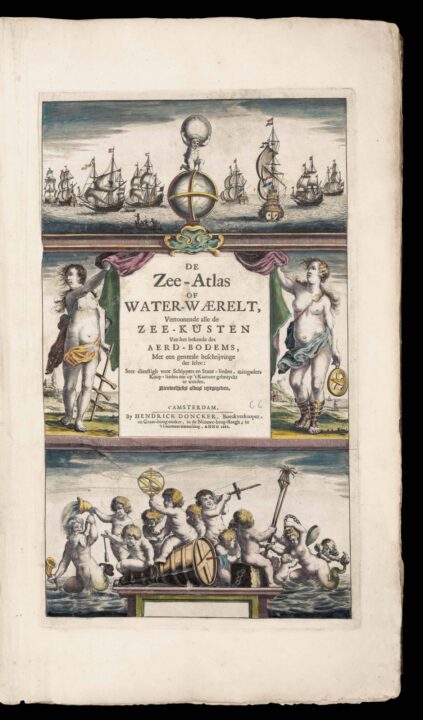 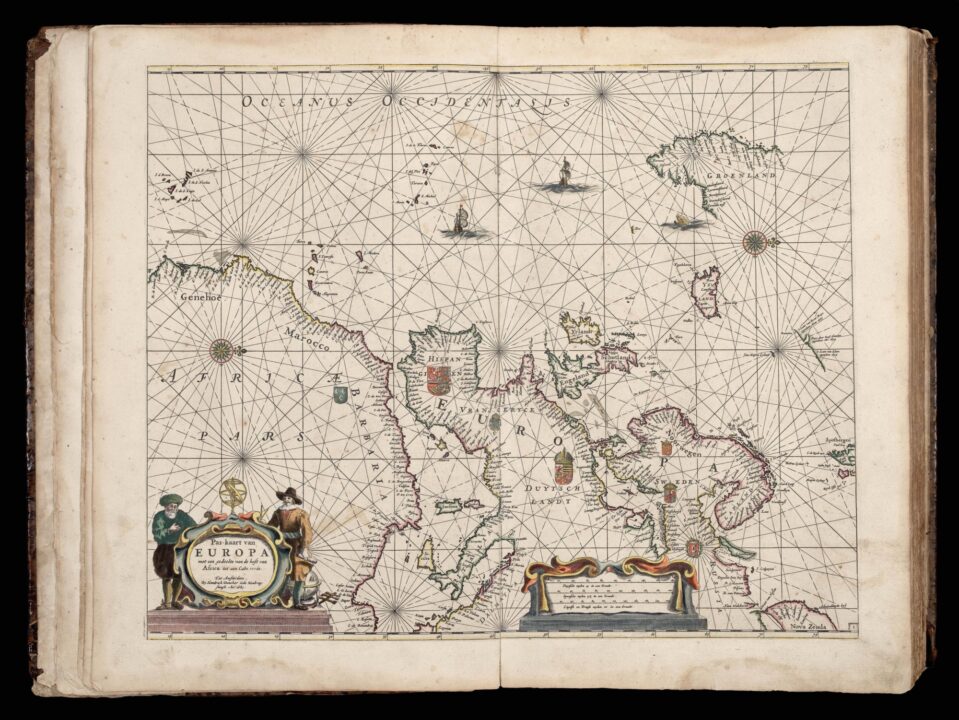 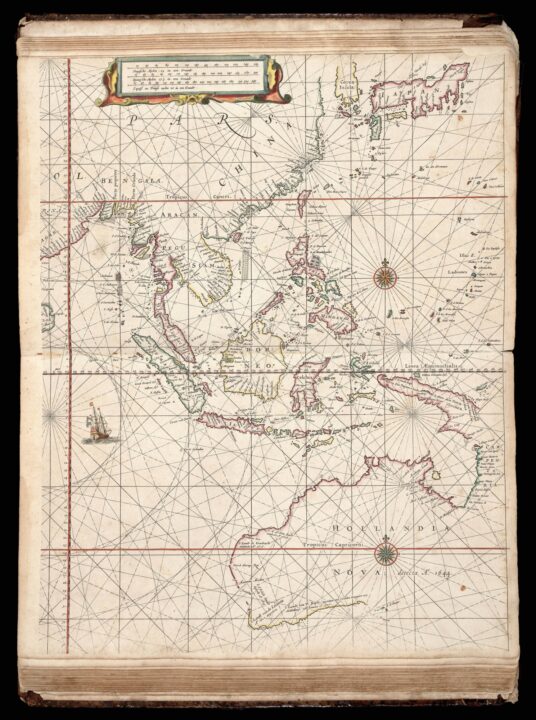 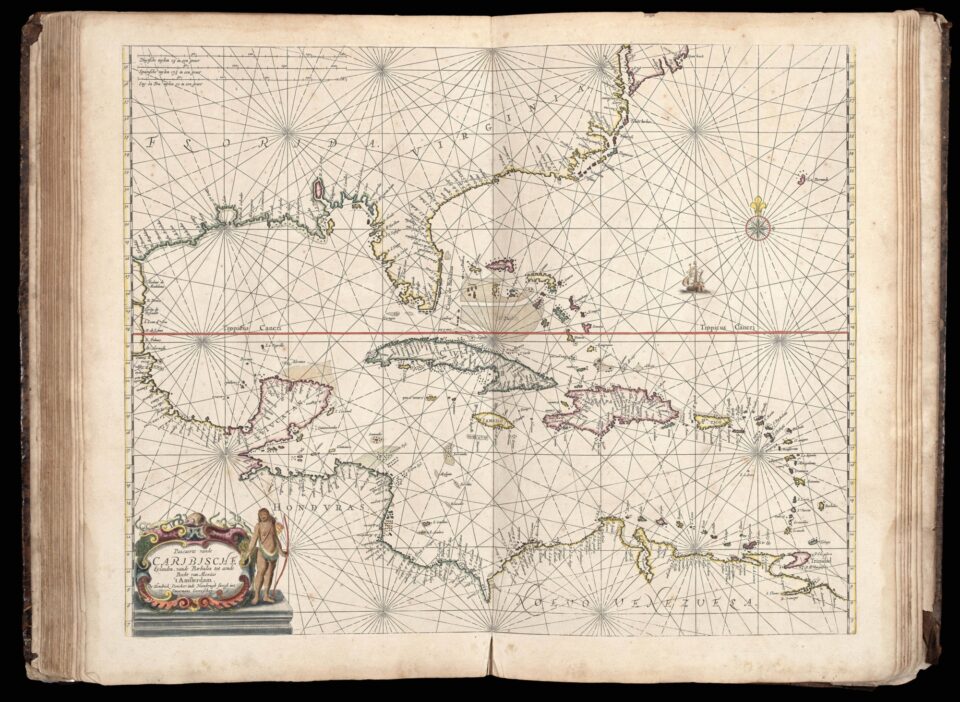 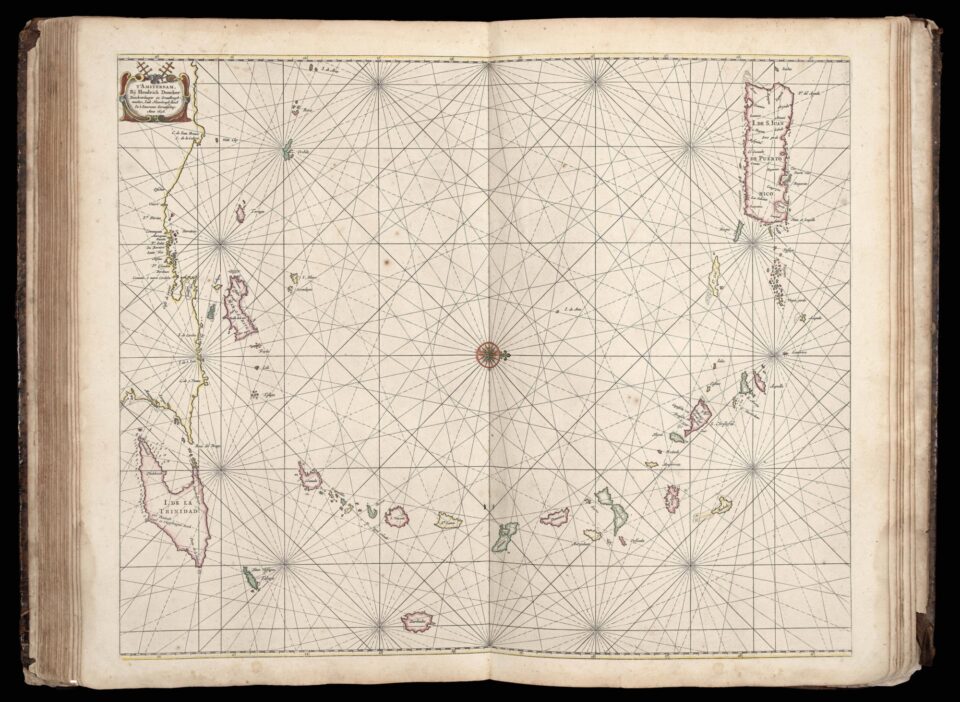 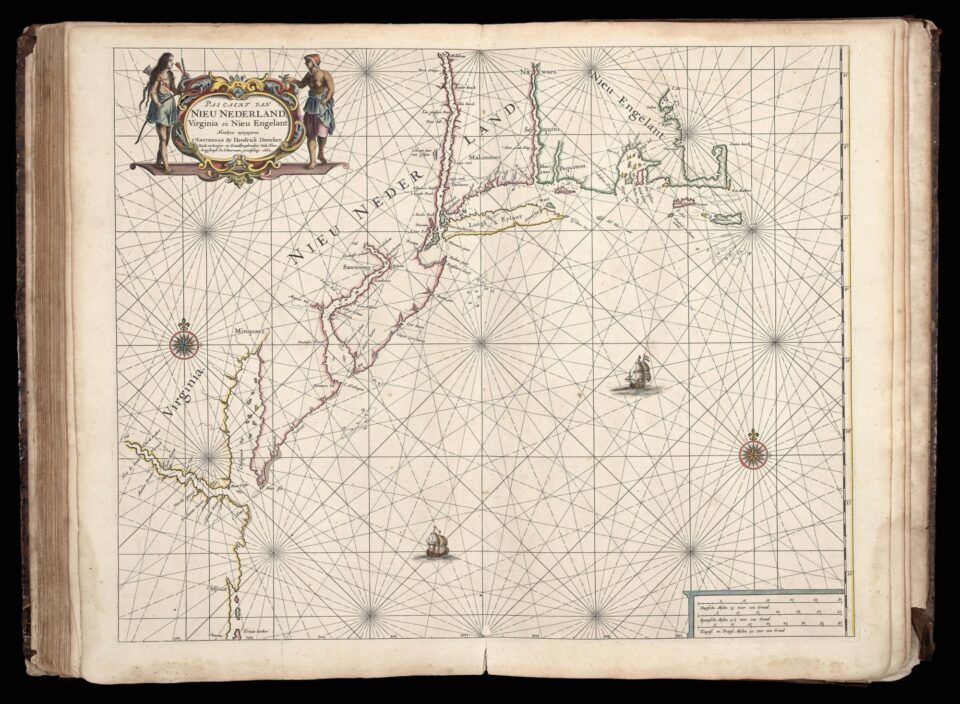 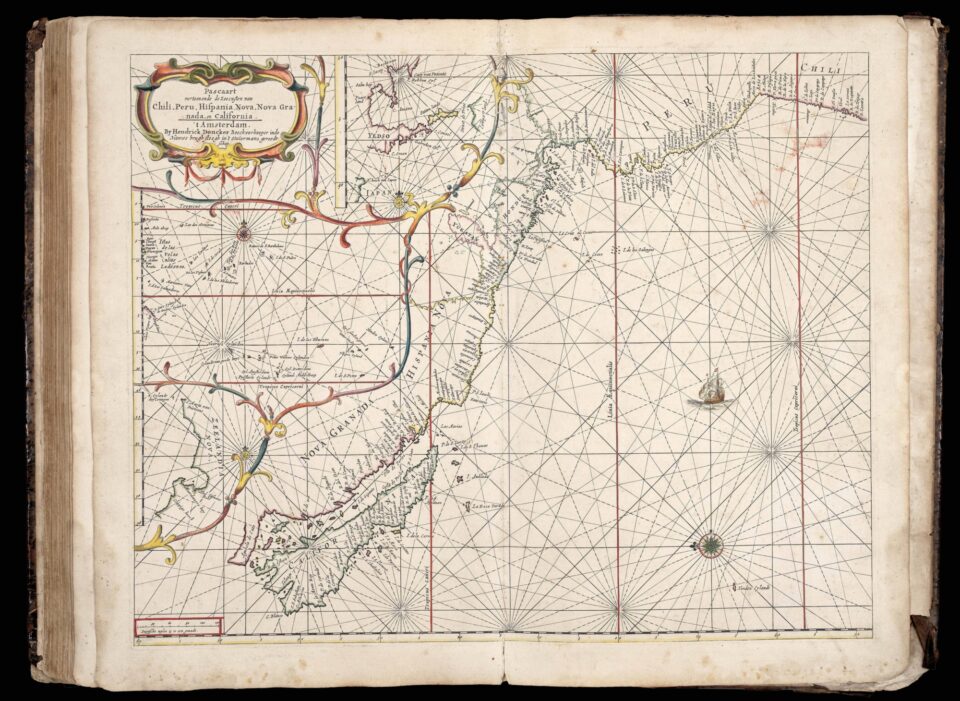 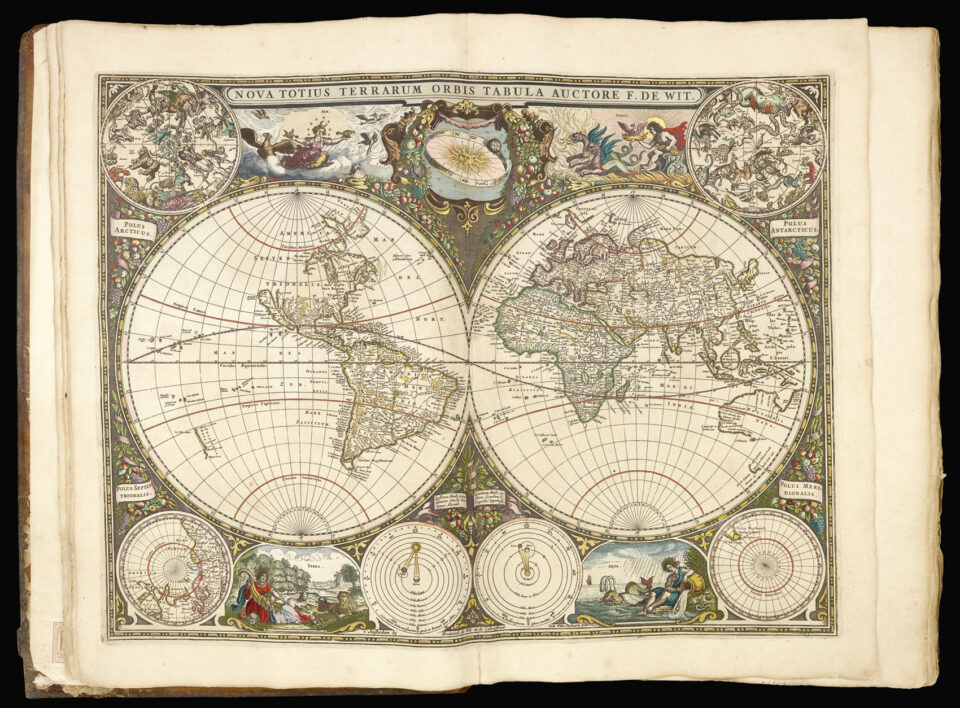