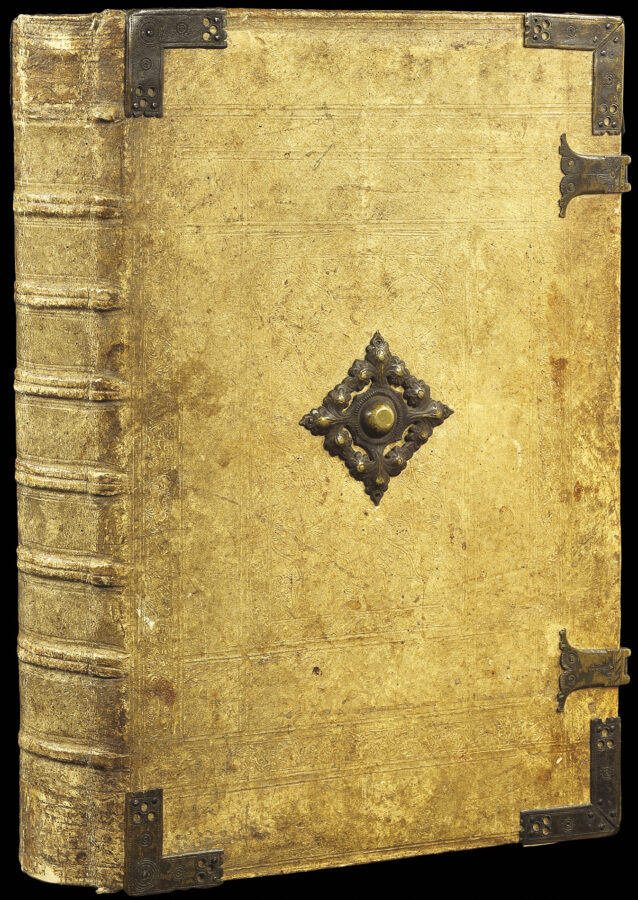 “The most important of all the Ptolemy editions”, here in a contemporary binding

A monumental work containing critical New World information, derived from the latest voyages of exploration, including the earliest atlas map devoted entirely to the New World (‘Terra Incognite’), the earliest map printed in more than two colours — and, for many other countries, the first published maps (notably the map of Switzerland, which is styled differently and probably adapted from a manuscript map by Konrad Türst c.1495). It is, ​“The most important of all the Ptolemy editions” (Streeter).

This masterful atlas is one of the most important cartographical works ever published. Known as the first ​‘modern’ edition of Ptolemy, it is usually accepted as the most important edition of the Geographia. The first part of the atlas consists of 27 Ptolemaic maps, taken from the 1482 Ulm Ptolemy or, possibly, the manuscript atlas of Nicolaus Germanus upon which the Ulm Ptolemy was based. The second part comprises 20, new, ​‘modern maps’ labelled either as ​‘Nova’ or ​‘Moderna et Nova’. Of these, ​‘Orbis Typis Universalis’ and ​‘Tabula Terre Nova,’ show the New World. The latter is considered the earliest map devoted entirely to the subject and depicts the coast of America in a continuous line from the northern latitude of 55 degrees to Rio de Cananor at the southern latitude of 35 degrees, with about 60 places named. The other map, ​‘Orbis Typis’ depicts the outline of northeastern South America, with five names along that coast, the islands Isabella and Spagnolla, and another fragmentary coast, as well as an outline of Greenland. The text states that the New World maps are based upon geographical information obtained from ​‘the Admiral’; possibly a reference to Vespucci, Cabral, or Columbus. The latter is actually referred to by name on the ​‘Tabula Terre Nova’ map, and is described as a Genoese sailing under command of the King of Castile.

Two scholars based at the Gymnasium Vosagense in Saint-Dié, Martin Waldseemüller and Mathias Ringmann, began work on the 20 maps in the Supplement around the year 1505. Their work was initially conducted under the patronage of Duke René II of Lorraine (1451–1508). In a letter written to Johann Amerbach of Basel on April 7, 1507, Waldseemüller wrote:

​“I think you know already that I am on the point to print in the town of St. Dié the Cosmography of Ptolemy, after having added some new maps.”

Further, Stevens reports that, early in 1507, a book titled ​‘Speculi Orbis … Declaratio’ by Gaultier Lud, canon of Saint Dié, was published in Strasbourg. That work states:

​“1. that a figure of the unknown country recently discovered by the King of Portugal has been hurriedly prepared; 2. that a more detailed and exact representation of that coast would be seen in the new edition of Ptolemy; 3. that the new edition of Ptolemy would soon be prepared” (see C. Schmidt, ​‘Mattias Ringmann-Philesius, Humaniste alsacien et lorrain,’ Mémoires de la Societé d’Archéologie’ lorraine 3 (1875): 227; for Stevens’ quotation, see Stevens ​‘First Delineation’, p.33).

The new Latin translation of the text by Mathias Ringman was based on d’Angelo’s text, and appears to have been completed somewhat after the maps. In 1508 Waldseemüller’s and Ringmann’s patron died. In the same year, all of the materials for the atlas passed into the hands of two Strassburg citizens, Jacob Aeschler and George Uebelin, who edited the text and at whose expense the work was, finally, completed in 1513 with Johann Schott as printer.

Ex libris of Boies Penrose to upper paste-down. Boies Penrose (1860–1921) was a lawyer, Republican politician, and bibliophile from Philadelphia, Pennsylvania. He represented Pennsylvania in the United States Senate from 1897 until his death in 1921. 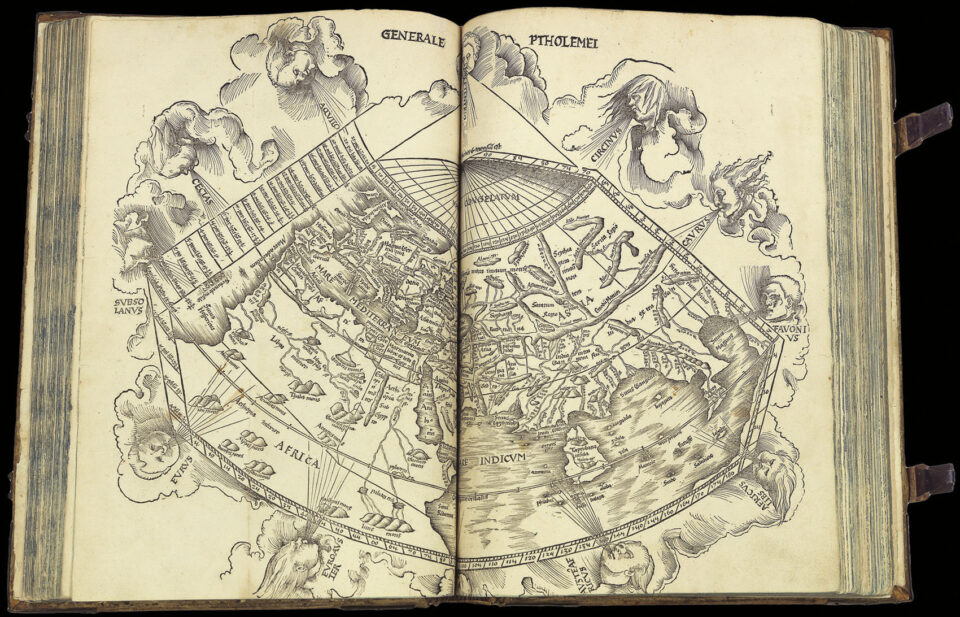 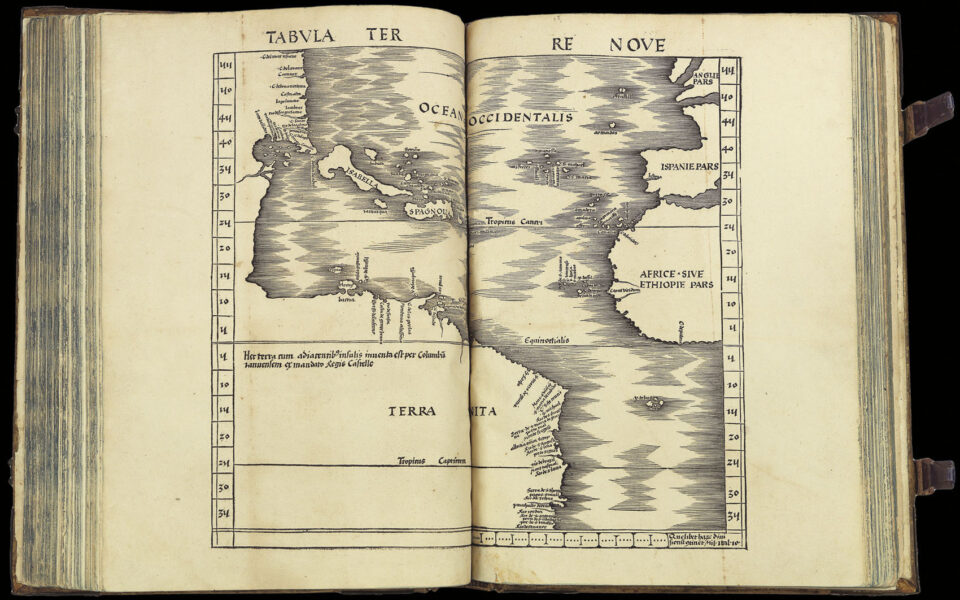 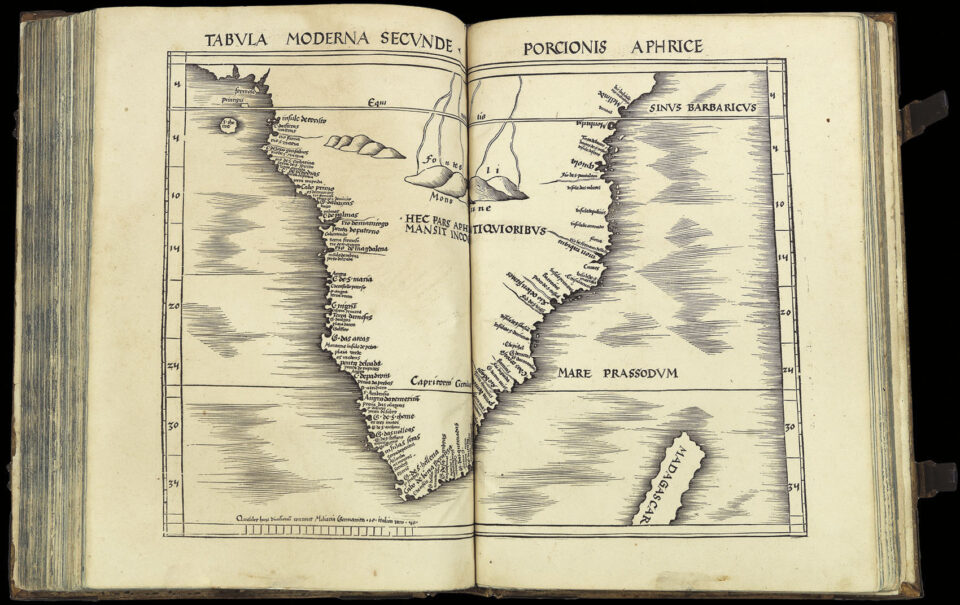 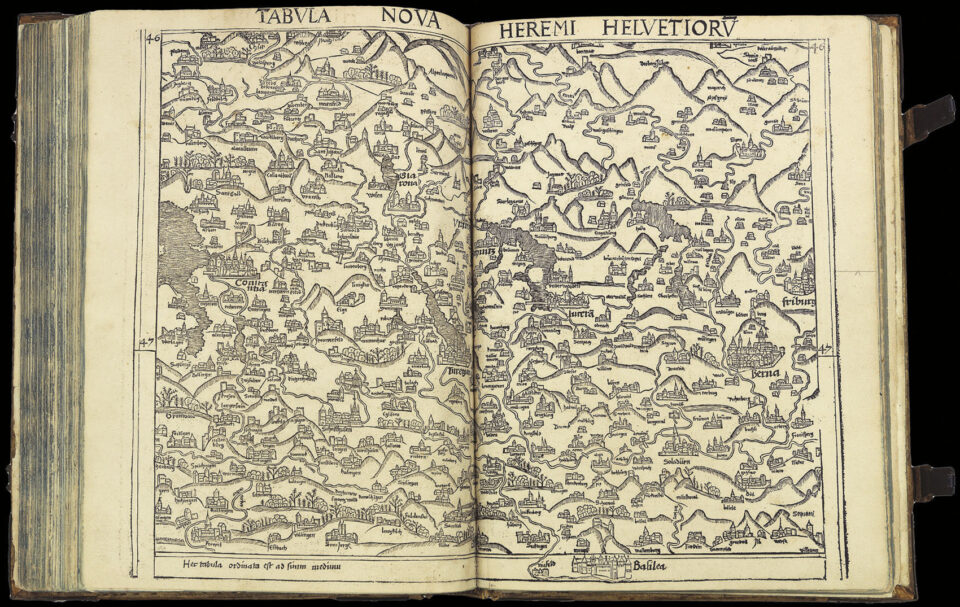 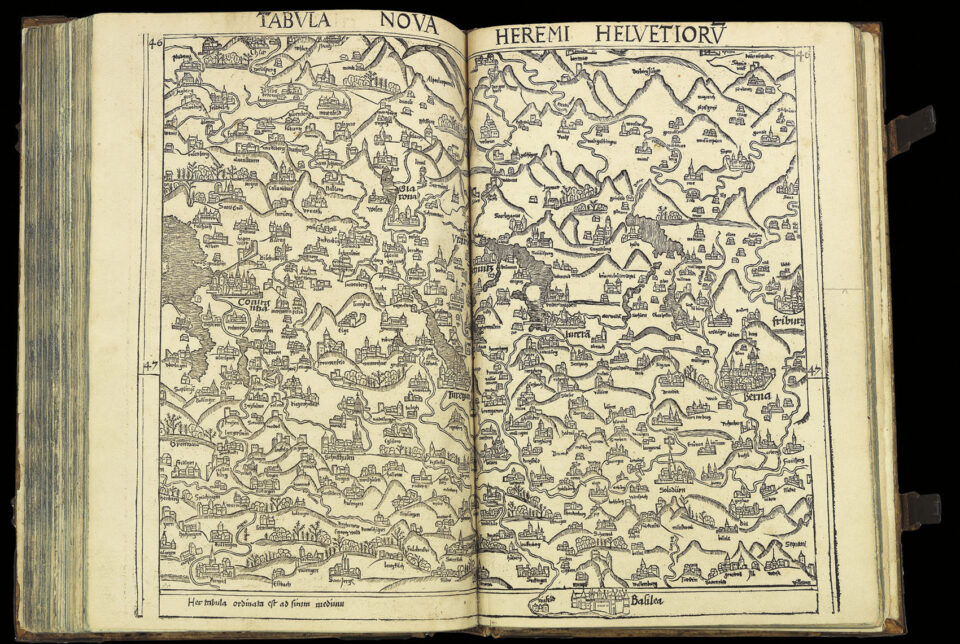 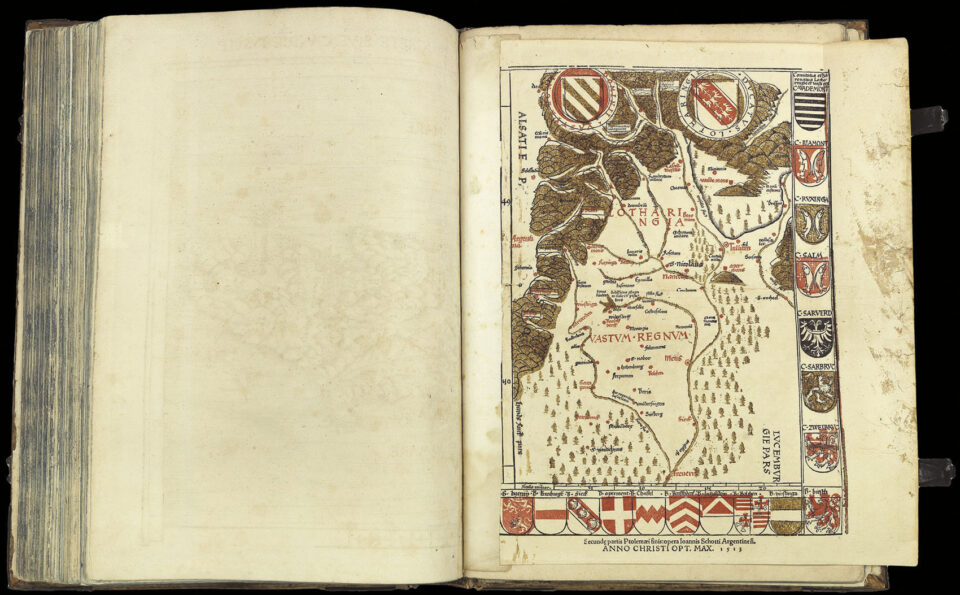