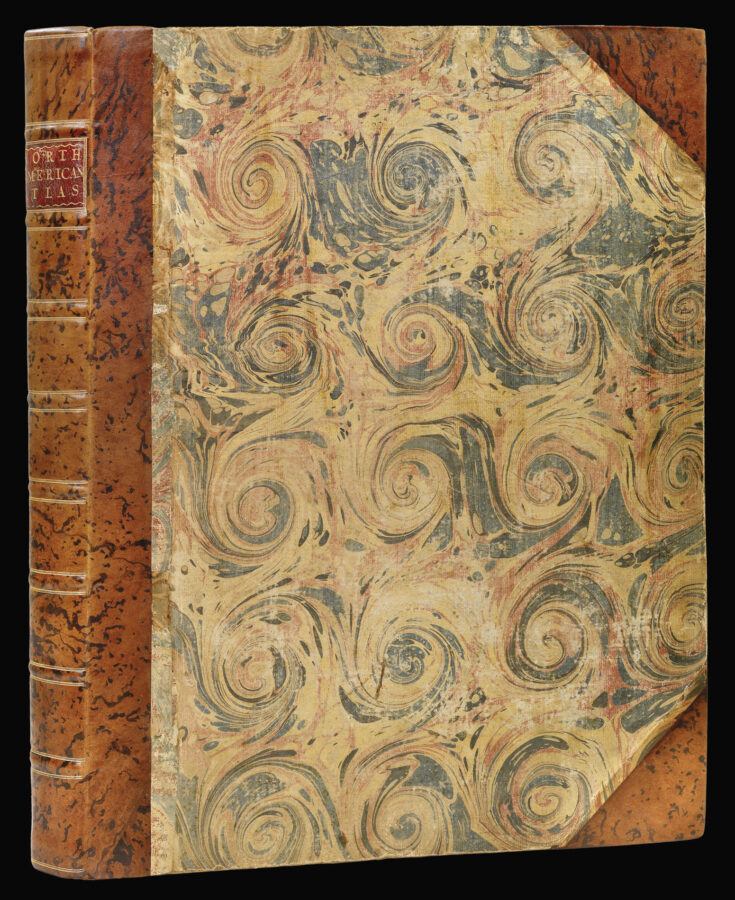 “The most important atlas chronicling the revolution’s battles”

William Faden (1750–1836) began his career in cartography after taking over the business of Thomas Jefferys, a highly respected British mapmaker. Initially publishing under the name Faden and Jefferys, he followed his predecessor by specialising in maps of North America, resulting in the publication of a collection of them in the ​‘North American Atlas’ in 1777. Twice honoured by the Royal Society for his work, he became Geographer to the King in 1783, and was chosen in 1801 to create and print the first of the Ordnance survey maps.

After the end of the Seven Year’s War 1763, the colonies on America’s east coast grew rapidly, and Faden produced a string of maps to reflect the rapid territorial changes. The map of Quebec, for example, shows the redrawn boundaries of Canada after France swapped ​“snow
[Canada] for sugar [Guadeloupe]” (Meinig). When the American War of Independence began, therefore, he had a large existing stock of American maps, and took advantage of British interest in the war by compiling and producing the ​‘North American Atlas’. Faden updated his maps so the public could keep track of developments, adding battle plans and troop movements. He selected maps which showed British and French colonies, and key military areas. For example, he includes a map of Philadelphia and the Delaware River. The British were determined to capture Philadelphia, which was the seat of the revolutionary government, and the city where the Declaration of Independence was signed in 1775. After General Sir William Howe defeated Washington to take Philadelphia in September 1777, his brother Admiral Richard Howe took Fort Mifflin, ensuring a supply route to the city from the Delaware.

A map of particular note is Bernard Ratzer’s, ​‘Plan of the City of New York, in North America’, ​“the finest map of an American city and its environs produced in the eighteenth century… its geographic precision combined with highly artistic engraving was unsurpassed in the urban cartography of its day. It affords a rare and vivid picture of New York as a small, charming city set in a richly variegated landscape” (Cohen & Augustyn). Ratzer, a skilled military engineer, based his map on Montresor’s, somewhat flawed, plan of the city, published in 1767. Ratzer has greatly increased the scope of Montresor’s plan, Manhattan is shown up to present day Fifteenth Street, together with parts of Brooklyn and the banks of New Jersey. ​“No earlier map provides such a detailed view of the predevelopment topography of Manhattan” (Cohen & Augustyn). Below the plan is a fine panorama of Manhattan, as seen from Governors Island. The plan, like that of Montresor’s, would not appear to have sold well, with only two examples of the 1770 printing having survived. The map was late reissued by Faden and Jefferys, in 1776. It is known to have been included in some examples of the present work, although very few have survived.

Faden’s skill and speed made his work ​“the most important atlas chronicling the revolution’s battles”. An illicit map trade continued unchecked between the United States and Britain throughout the war, allowing the American rebels to take advantage of British cartography (Pedley). His maps were, therefore, widely used on both sides of the Atlantic, becoming ​“the main text that both the Americans and the British consulted to plan their strategies against one another” (Yokota).

The American atlas was what one might call semi-composite in nature, with a standard core of 27 maps being augmented by the addition of maps from Faden’s extensive stock. Known examples of the work vary considerably in size, and content. The present example, although not the largest (the Sir Thomas Phillips copy lists 53 maps) has the greatest number of maps (42) devoted solely to the North American theatre. 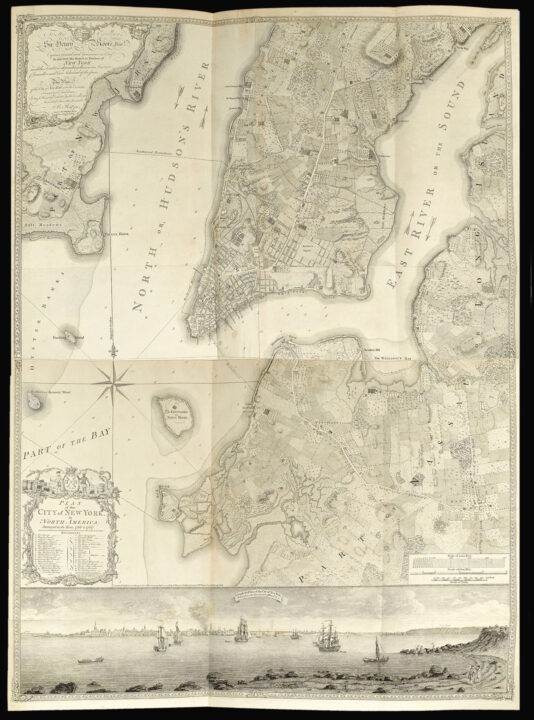