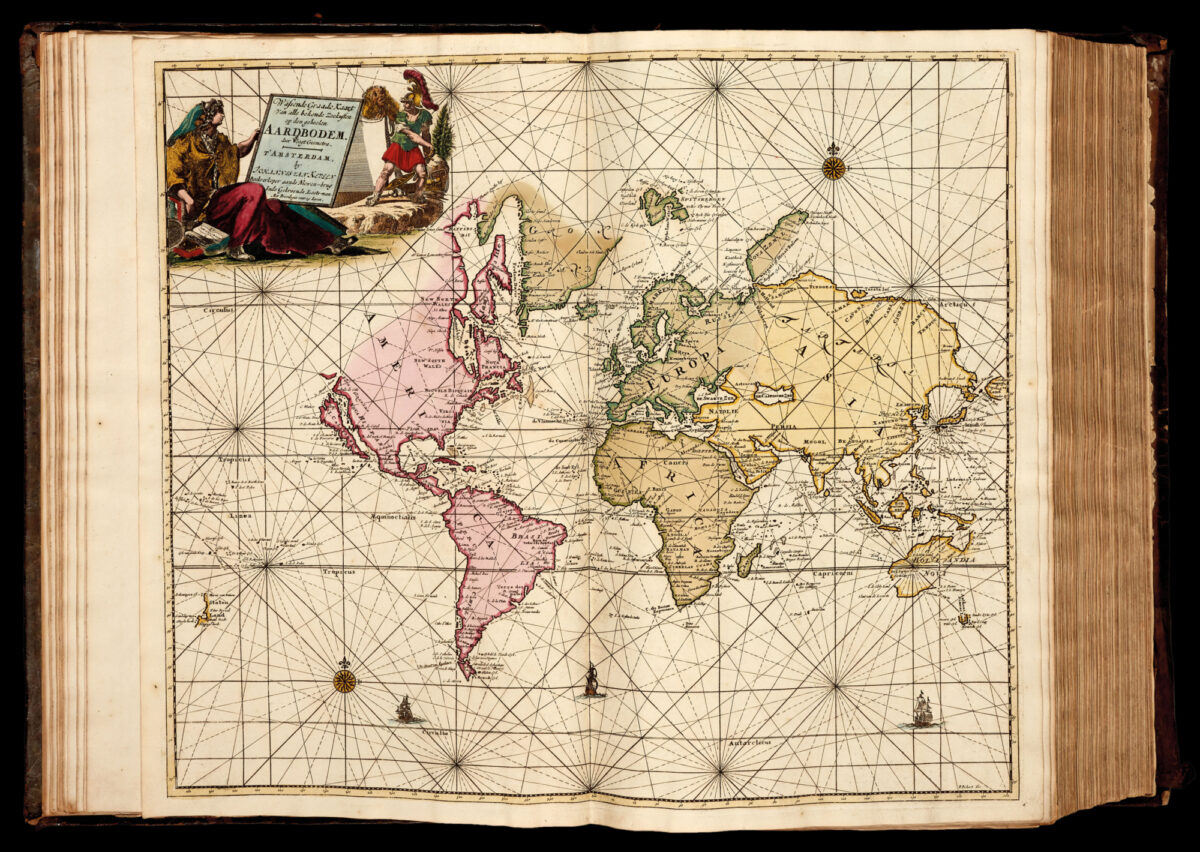 Johannes van Keulen established himself in Amsterdam in 1678 and, in 1680, he obtained a privilege from the States General of Holland and West Friesland allowing him to print and publish maritime atlases and shipping guides. This privilege, which protected against the illegal copying of printed material, was especially important for the cartographer’s atlases, which were produced with extensive initial costs. Van Keulen named his firm ​‘In de Gekroonde Lootsman’ (‘In the Crowned Pilot’), and began collaborating with cartographers Claes Jansz. Vooght and Johannes van Luyken. The firm would go on to become one of the most successful publishing firms in Amsterdam; and produce ​“the largest and finest marine atlases in Holland” (Koeman).

The first publication issued by Johannes van Keulen was his ​‘Zee Atlas’, which contained about 40 charts. In the following year the number of charts would increase with the publication of his Sea Pilot the ​‘Zee-Fakkel’, and by 1683 a sea atlas of 116 charts could be produced. By 1695 the ​‘Zee Atlas’ under the direction of Johannes van Keulen, would reach its apogee with the issuing of an atlas containing 160 charts.

A new impetus to the chartmaking business came when Johannes’ son Gerard took over in 1704. Not only did he increase the number of charts in the Zee-Atlas (185 by 1709) he also published it in a definitive form; by renumbering many of the plates in consecutive order and by dividing the atlas into five parts, to mirror the five books of the ​‘Zee Fakkel’.

The current example, issued by Gerard in 1709, contains some 183 charts, coastal profiles, and plates, and is one of the largest sea atlases ever compiled by the van Keulen firm. The contents collates broadly with Koeman Keu 28 (dated 1709 and containing 185 charts), with the following exceptions:

the French letterpress title here is dated 1709 rather than 1707; in Part 2 charts (55)+(56) have been joined to form a large folding chart; charts (60) and (61) have been replaced by ​“Nouvelle carte marine Generale croissant ende-Grés du Canal … A New General and Gradual increasing Compass Map of the Channel …”; chart (86) has been replaced with ​“Paskaert van Cales tot Cadiz …”; chart (97) has been replaced with ​“Pascaart van de kust van Portugal”; and there is an additional chart after (105) titled ​“Nieuwe Pascaert vande kust van Maroca en Zanhaga”; in Part 3 chart (111) has been updated with ​“Nieuwe paskaart van t’opkomender Straat Gibralter …” ; and two pairs of charts have been joined: (126)+(129), and (127)+(128) to form two large folding charts; and in Part 4 (136) has been replaced by ​“Paskaert waer in de graden der breedde over weder zyden …”.

Keulen atlases of this size are rare on the market. We are only aware of three previous examples appearing on the market: Sotheby’s 1984 containing 160 charts; Daniel Crouch Rare Books Catalogue II, containing 175 charts; and Christies 2019, containing 133 charts. 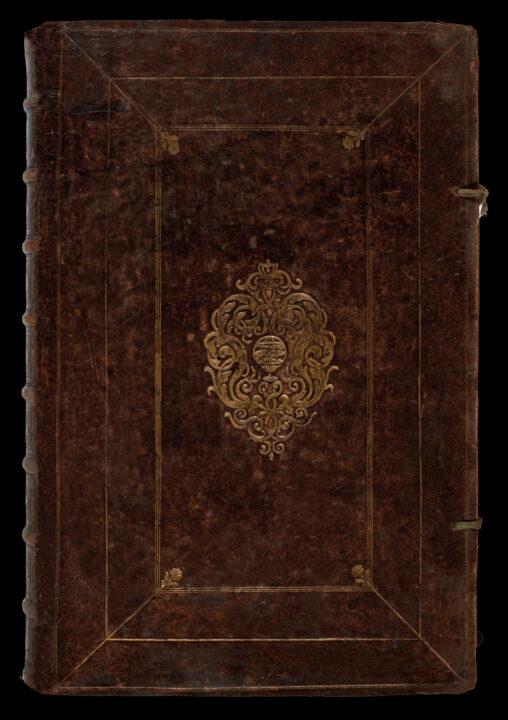 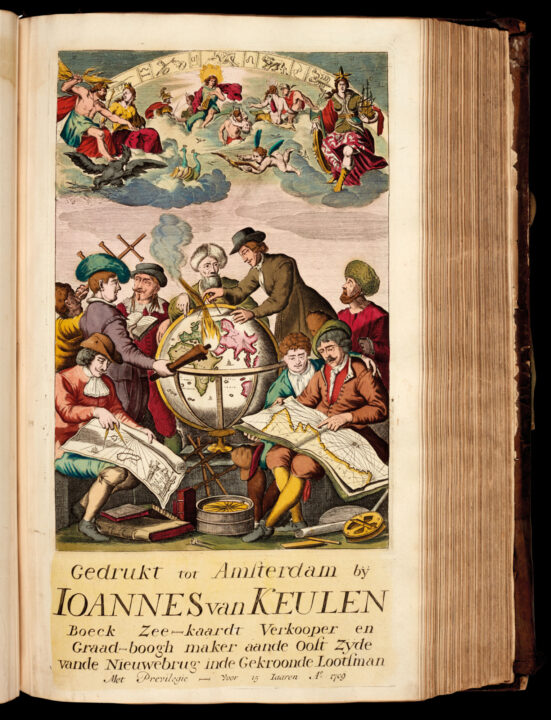 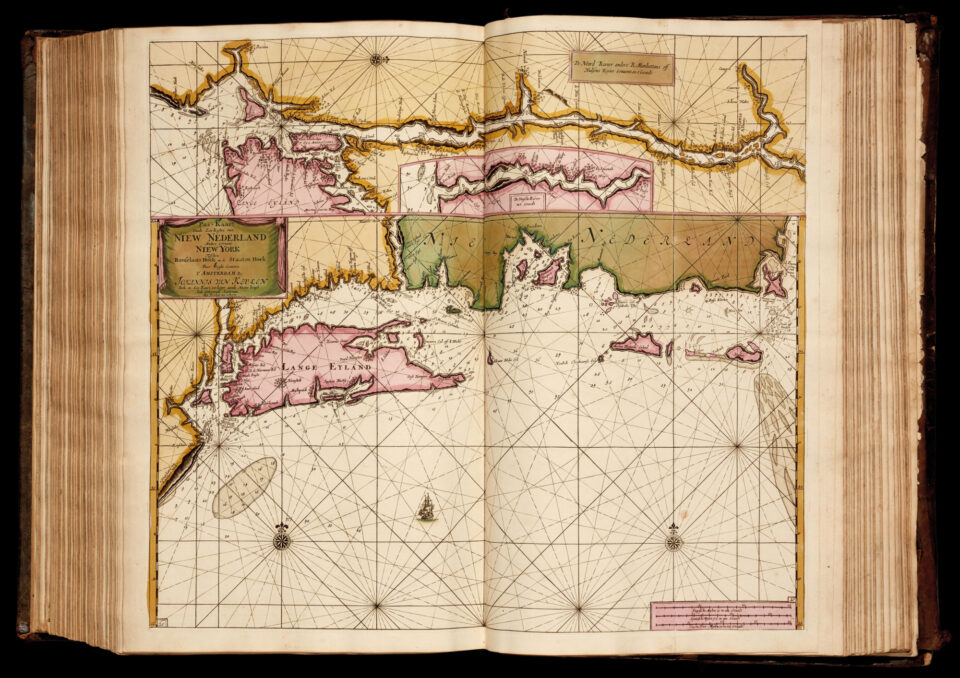 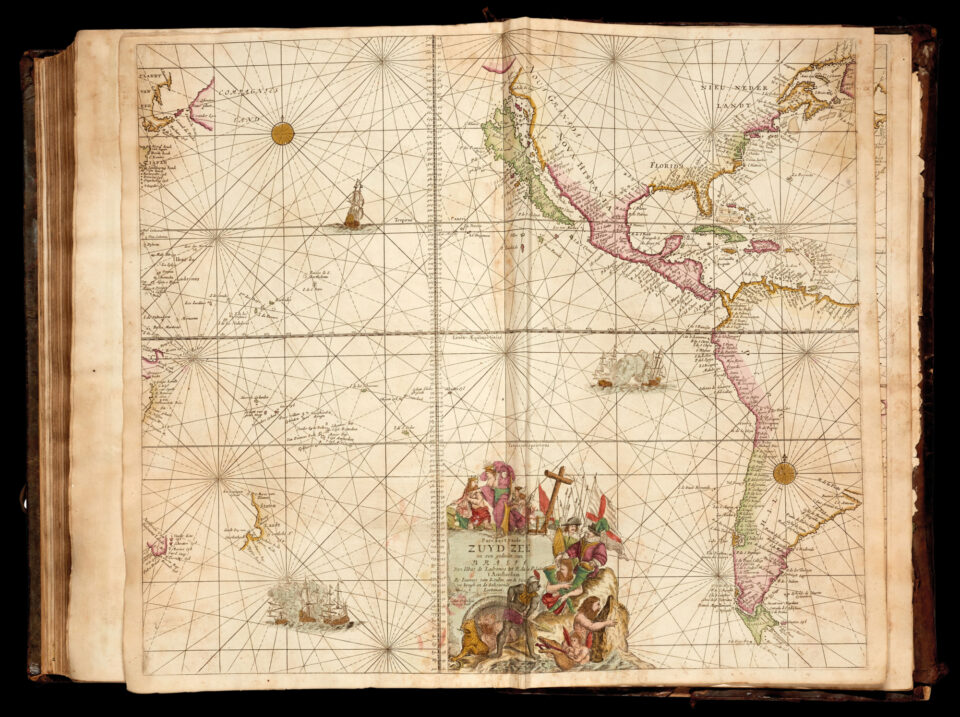