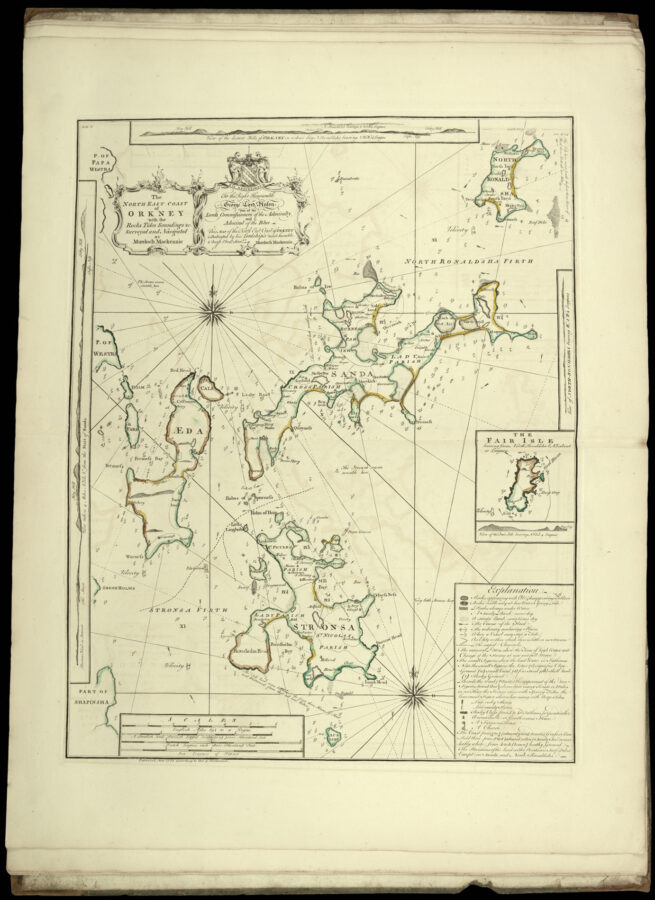 “The most accurate and detailed marine survey yet attempted”

Orcades: or a geographic and hydrographic survey of the Orkney and Lewis Islands, in eight maps. Exhibiting the rocks, shoals, soundings, quality of the bottom, diversities of the coast, flowings, setting of the tides, and distant views of the land. Also an account of the Orkney Islands; the manner of taking the survey; the state of the tides; and a particular description of the rocks, shoals, channels, harbours, anchoring-places, the directions, irregularities, and velocities of the several streams of tide round each island. Interpersed with suitable directions for sailors.

A fine copy of a landmark in hydrographic surveying.

Murdoch Mackenzie (1712–1797) was born and raised in Kirkwall on the Isle of Orkney and although little is known about his formal education, it is likely that he attended Edinburgh University where his aptitude for mathematics brought him to the notice of Professor Colin Maclaurin. It was Maclaurin who, when the question of a hydrographic survey of the Orkneys arose in 1742, gave Mackenzie a testimonial that spoke highly of his qualifications as a surveyor.

In 1743, Mackenzie advertised for subscribers for his survey, in order that: ​“a passage round the north coast of Britain which has hitherto been so dangerous and fatal to shipping may hereby be rendered both safe and convenient”. He further stated that ​“subscriptions will be taken in by the booksellers in Edinburgh; at whose shops, and at the coffee houses, a specimen and the proposals may be seen”. In December of 1743 he journeyed to London with letters of introduction from the Earl of Morton, the owner of the Orkneys Isles. His proposed survey was met with considerable interest, and not only did he acquire 50 new subscribers, but the East India Company advanced him fifty pounds, and the Admiralty gave him a theodolite, a plane-table, and a chain.

The surveying began in 1744. By 1749 he was able to submit a paper to the Royal Academy on ​‘The state of the Tides in Orkney’, and in May 1750 the atlas was published. Mackenzie’s gratitude to his subscribers is evident in his dedication of the general chart of the Orkneys to Morton, the chart of Pomona to the East India Company, and the chart of the Northeast Coast of Orkney to the Admiralty.

The surveying is noteworthy for being based upon a rigid triangulation framework, used here for the first time. The principle of triangulation, known for so long, was only just beginning to be adopted for topographic mapping and charting. This methodical approach can also be seen on the charts themselves which, together with soundings, contain information on the tide and tidal streams. Bottom deposits are shown by a letter under the sounding – a convention which is still in use today.

The atlas was so well received that the Admiralty appointed Mackenzie Admiralty Surveyor to survey the entire west coast of Scotland, Ireland, and the west coast of England and Wales as far south as Pembrokeshire, which led to the publication of ​‘A Nautical Description of the West Coast of Great Britain’ (1776). He served the Admiralty until 1771, being succeeded by his nephew, and in 1774 was elected to the Royal Society.

From the library of the Earls of Minto, with book-label and press-mark. 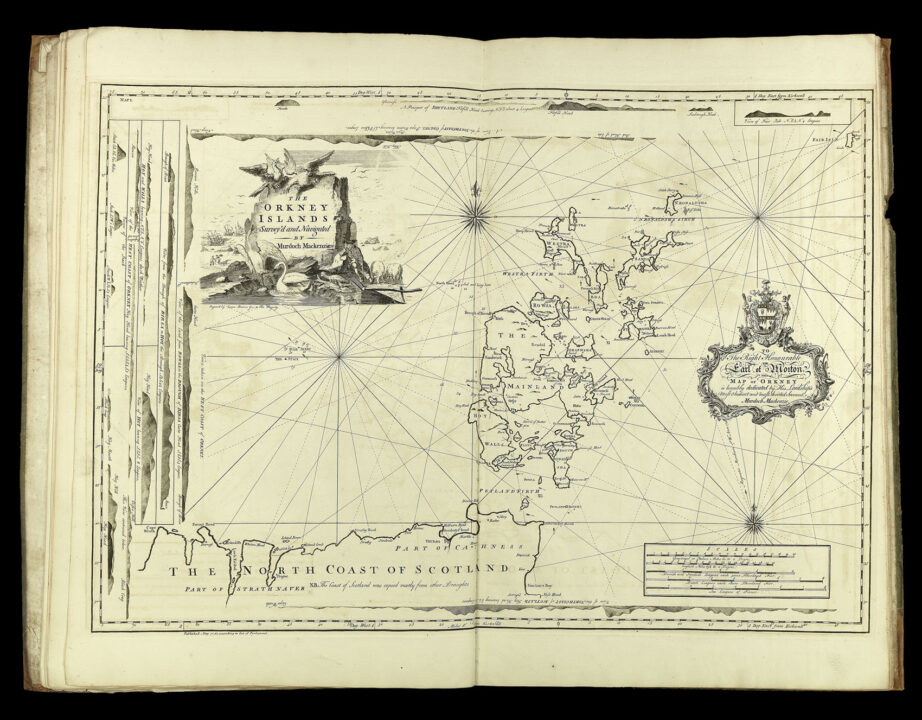 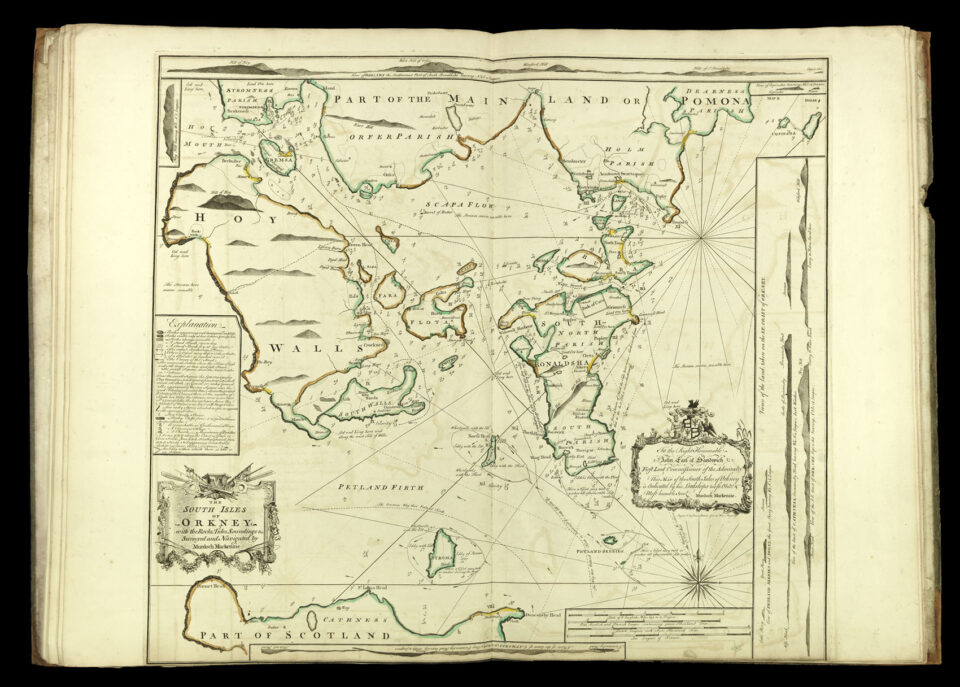 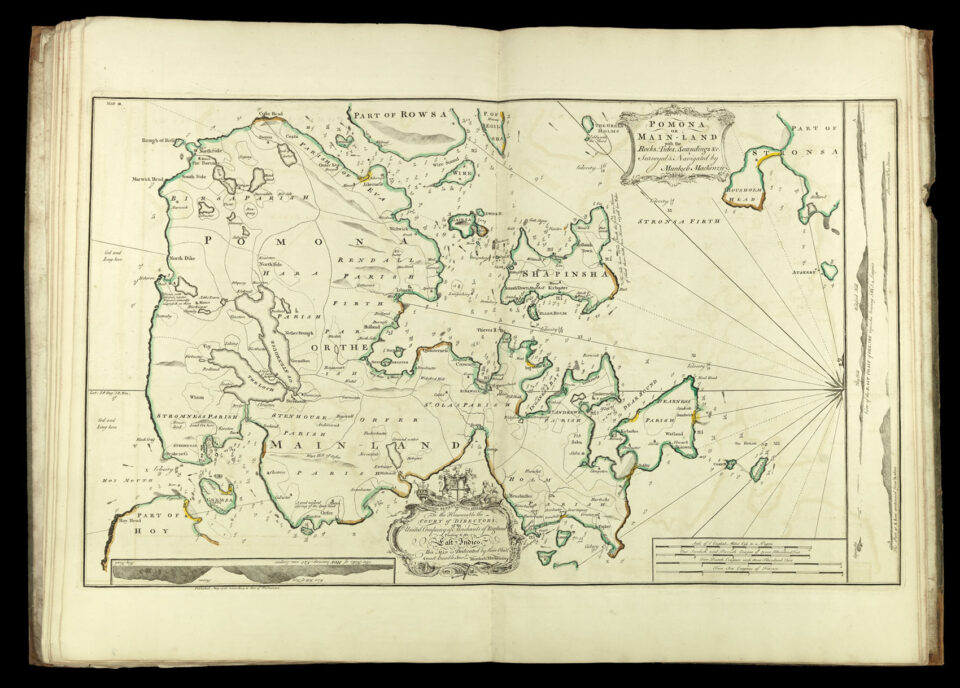 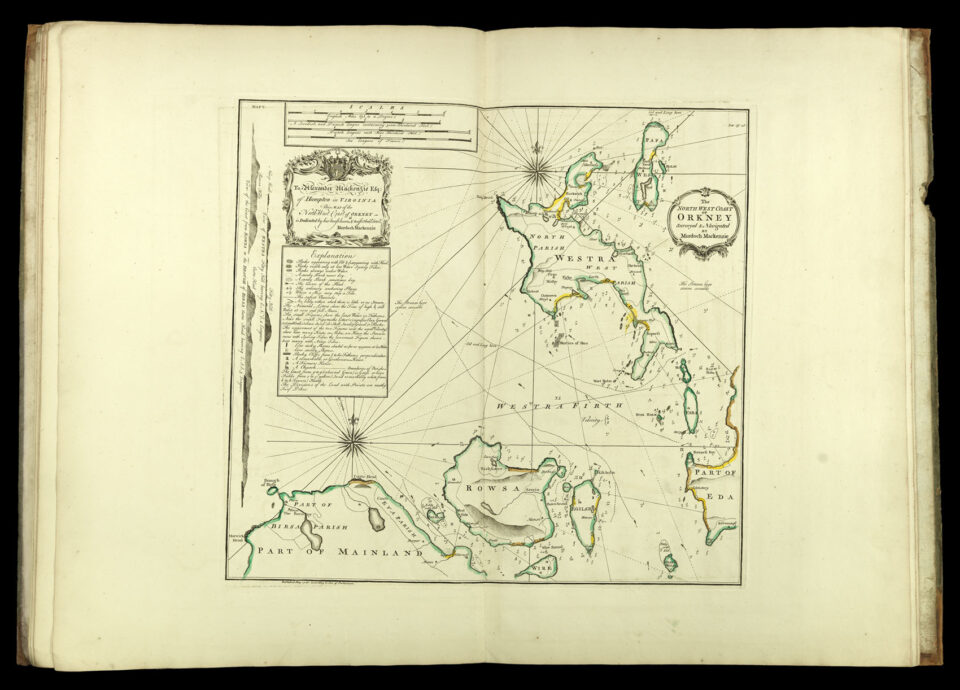 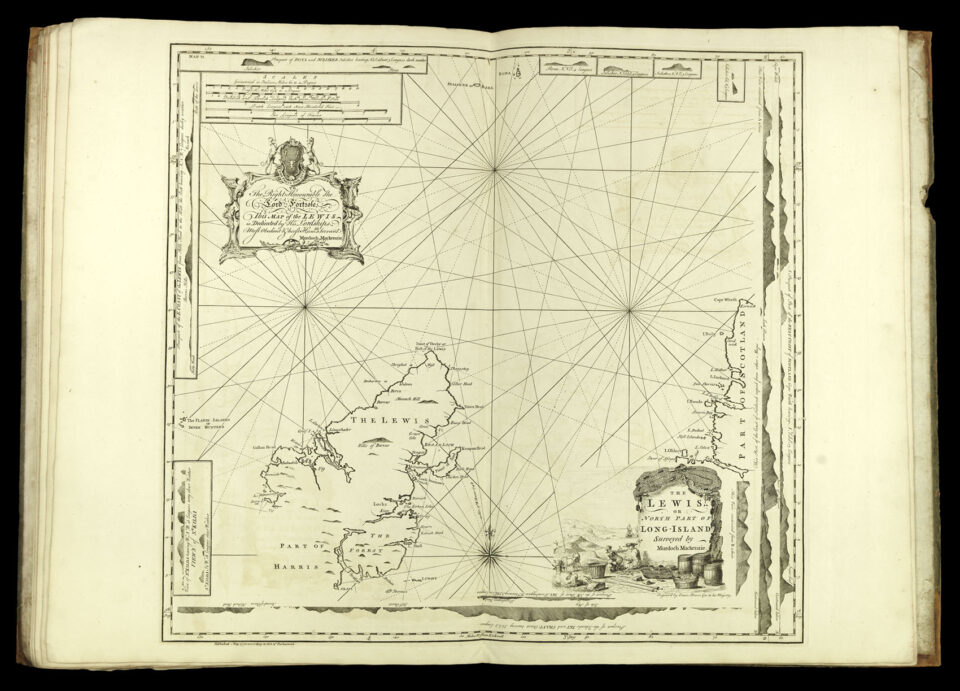 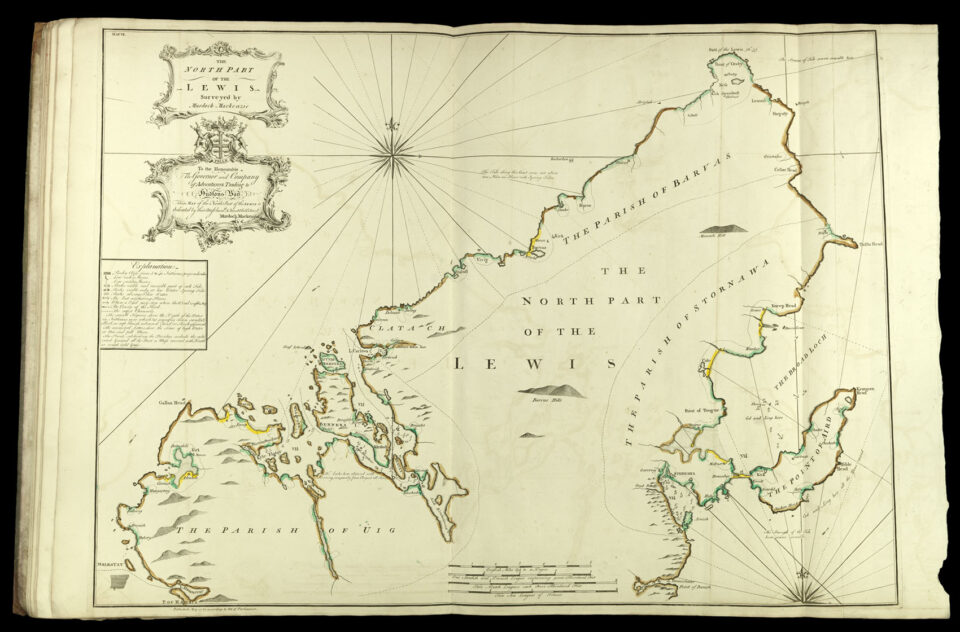 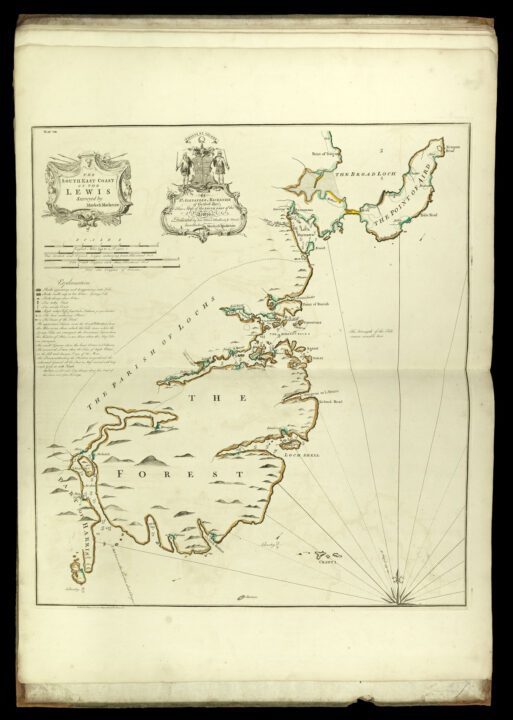