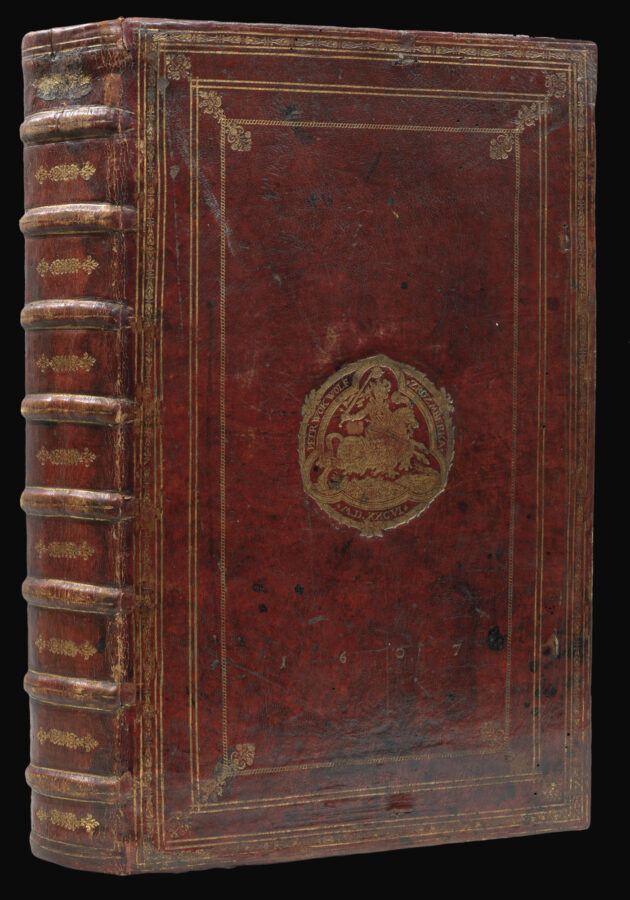 “the first true atlas” in a contemporary red morocco binding

A fine example of one of the most complete versions of the first printed modern atlas, sumptuously bound in contemporary red morocco with the arms of Peter Vok of Rosenberg.

Abraham Ortelius (1527–1598) took an active interest in cartography from an early age. He began his career as a ​“kaarten afzetter” (illuminator of maps), purchasing maps from booksellers and colouring them for resale. He travelled extensively in his search for new material and was a well-known face at the Frankfurt book fairs. It was whilst travelling that Ortelius built up his unrivalled web of contacts, which included many of the leading historians, scientists, and cartographers of the day.

These contacts would prove invaluable in the compiling and completion of his ​‘Theatrum Orbis Terrarum’, first published in 1570. The work was ​“the first true atlas” (van den Broecke): all the maps were of a uniform size and style, with an engraved title, accompanying text, and — hitherto unheard of in cartographic publications — a list of the source material. With its comprehensive scope, the atlas was a huge step forward compared with the contemporary ​‘Lafreri’ atlases, which were bound up to order and so reflected the whims of the customer. Even though it was the most expensive work published at the time, it proved an instant success with four versions of the first edition printed in 1570 alone. The atlas would go on to be published for 42 years, with some
31 editions produced.

The present work was issued by Jan Baptist Vrients (1552–1612), another Dutch cartographer and publisher. He had acquired the stock printed by Christoffel Plantijn from Ortelius’ heirs in 1602. Vrients expanded the edition to include a number of new maps after Hessels, and he also added an introduction to cosmography written by Michel Coignet. One further Latin edition was issued in 1608 and an Italian edition was issued in 1612 when Vrients sold the plates to the Officina Plantiniana shortly before his death.

1. Arms on upper and lower cover of Peter Vok of Rosenberg [Petr Vok z Rožmberka] (1539–1611) a leading Czech nobleman of the House of Rosenberg. Peter amassed one of the great libraries of the time, which at it’s height contained some 11,000 volumes.
2. Ex Libris of Hans Dedi (1918–2016) German businessman and bibliophile. 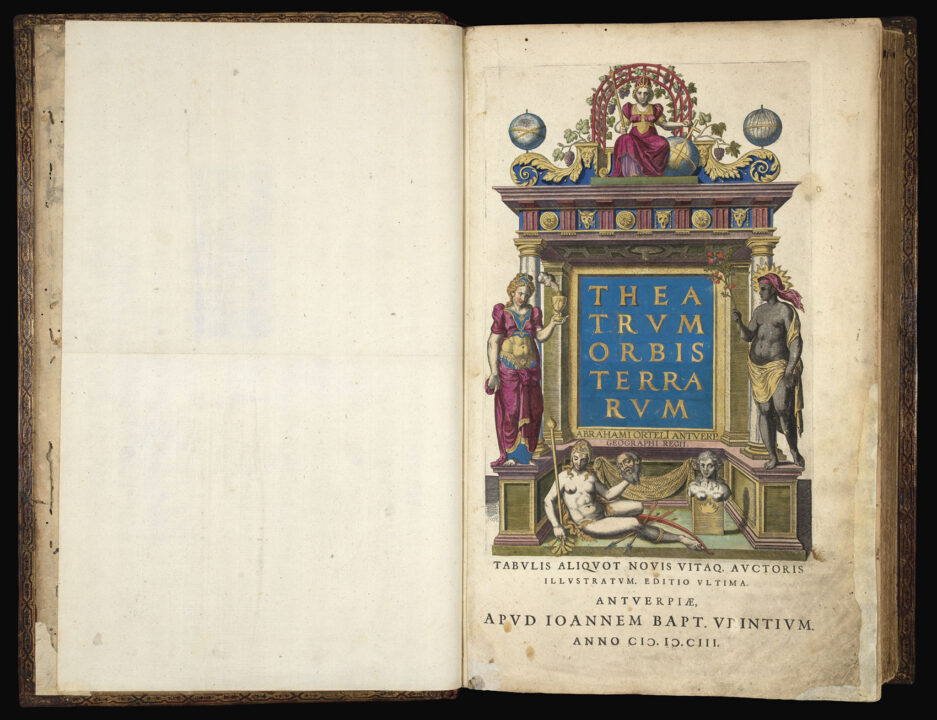 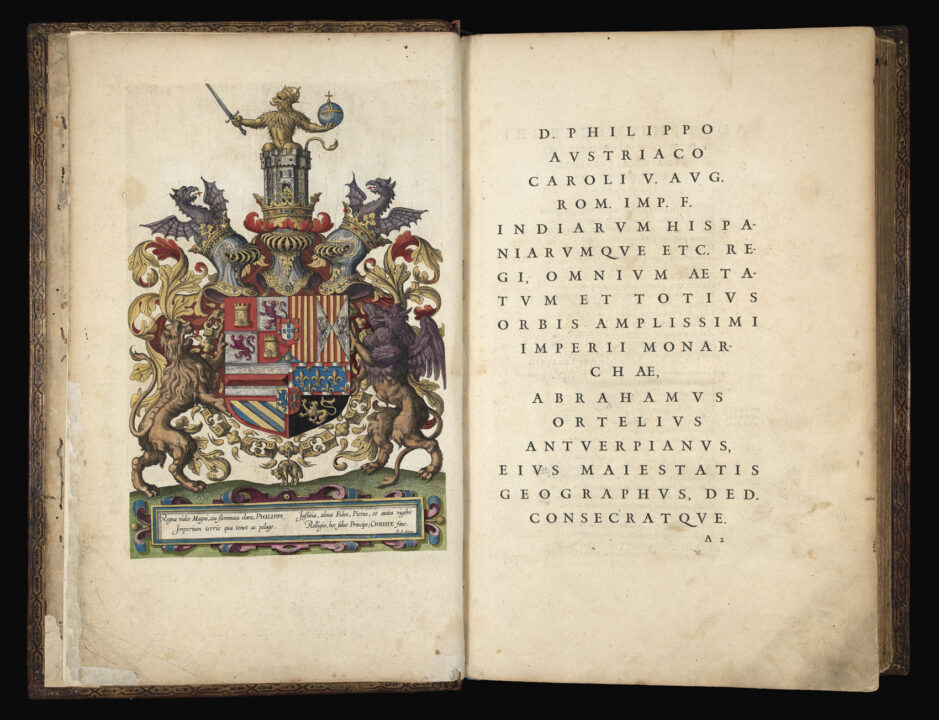 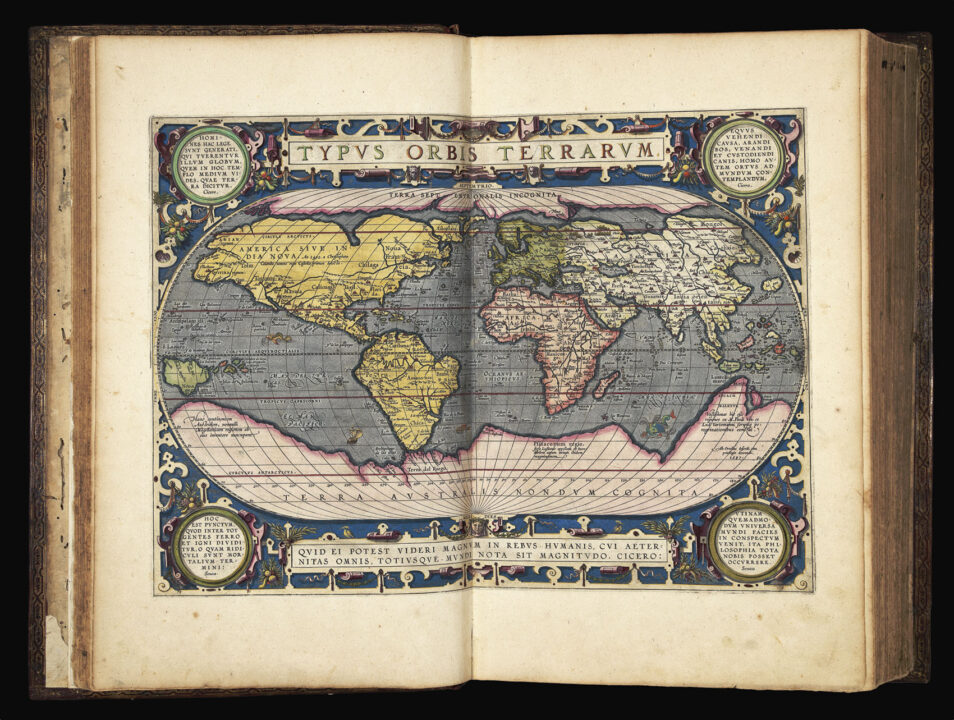 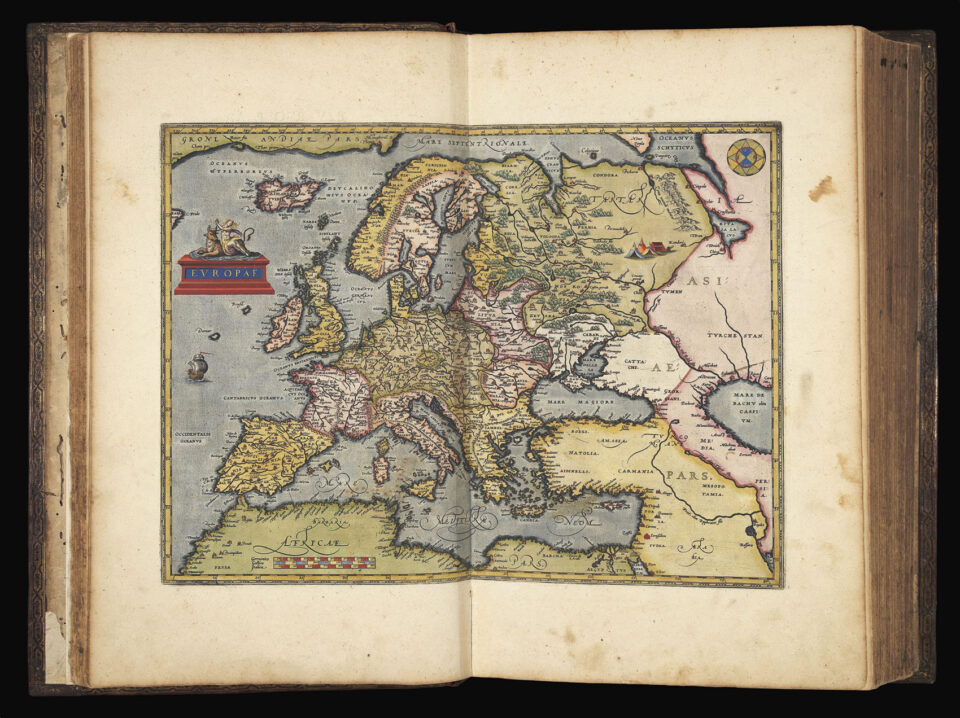 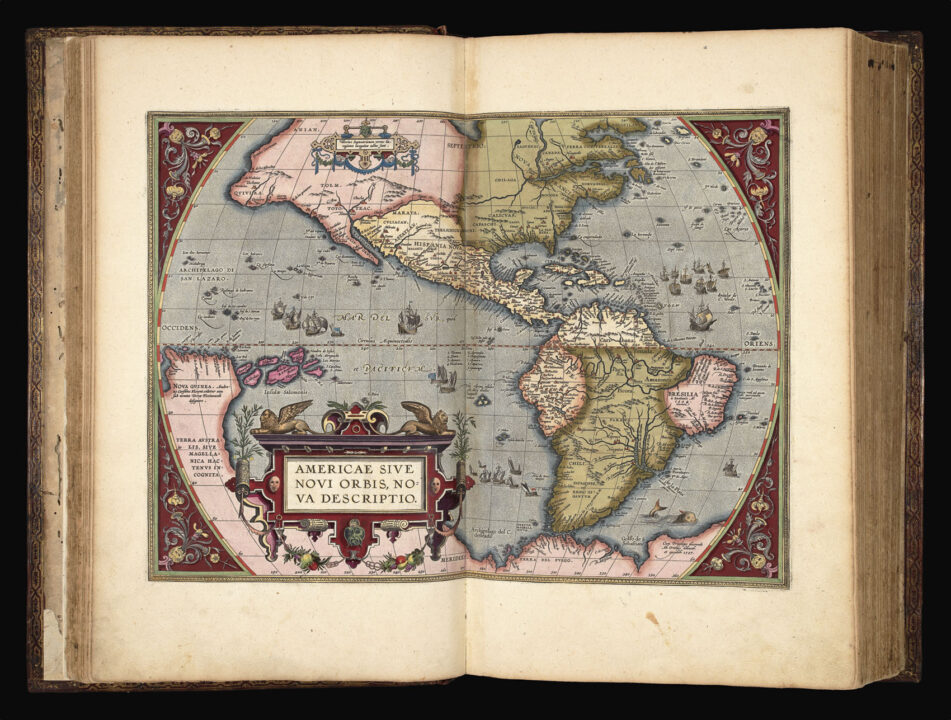 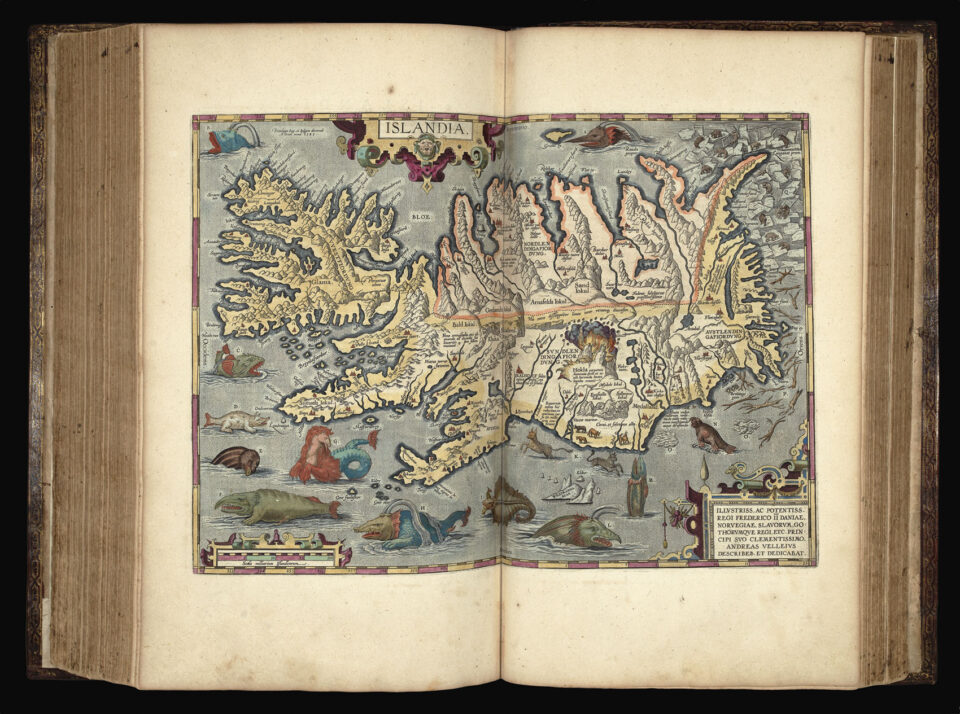 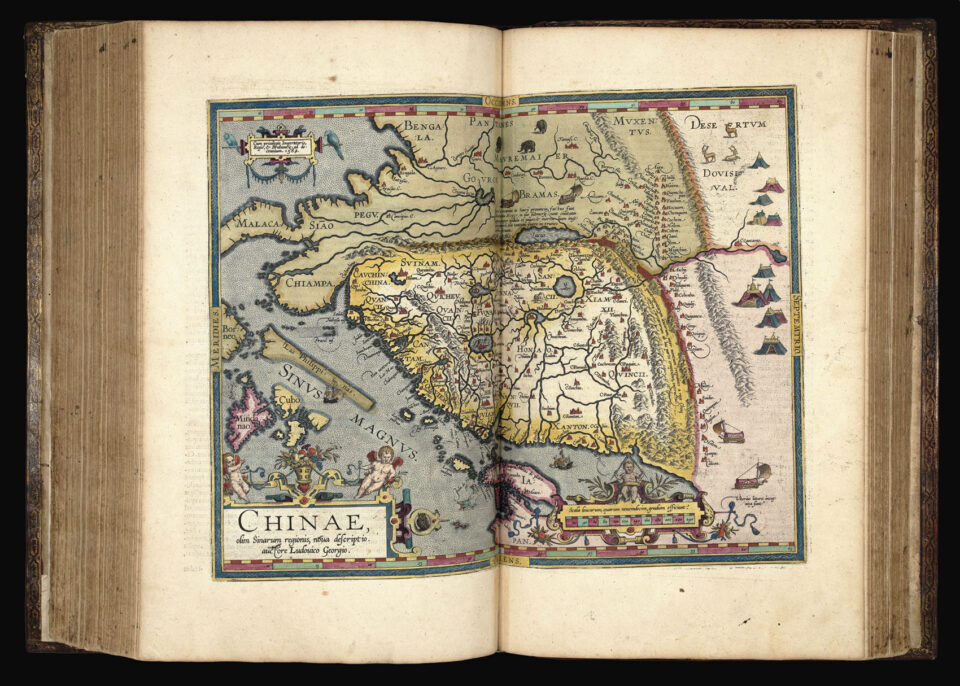