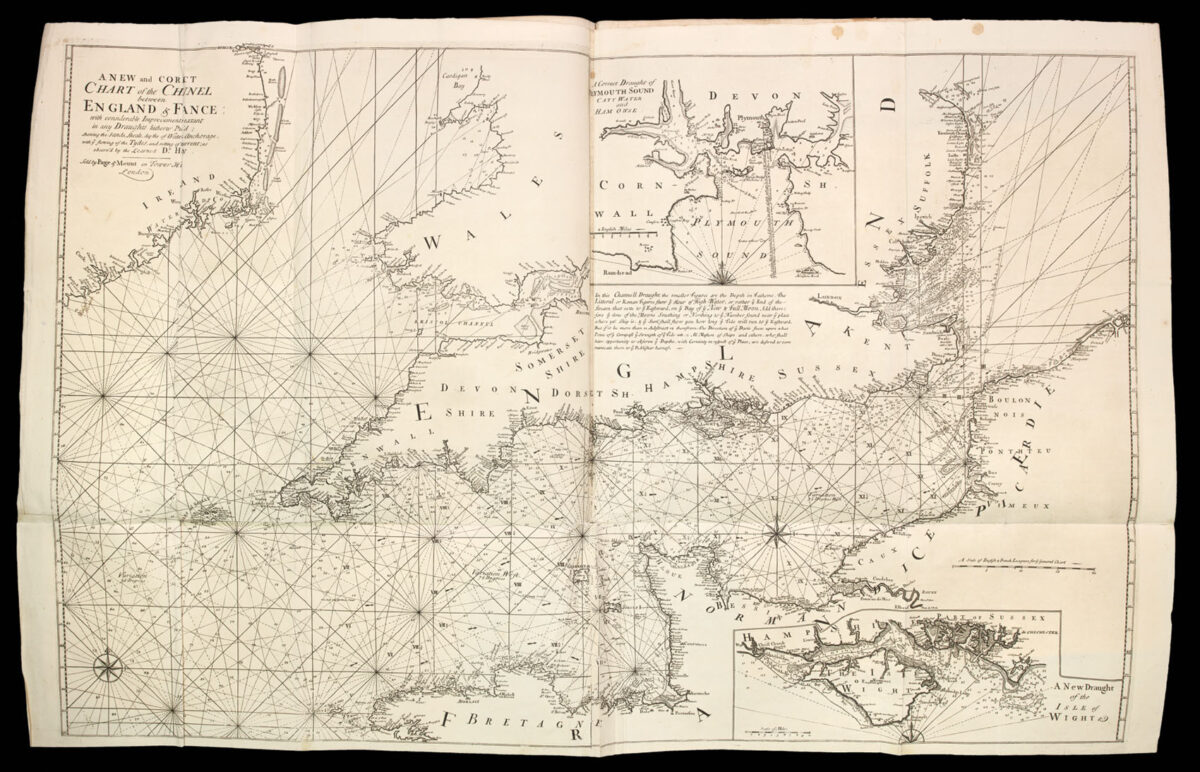 Great Britain’s Coasting Pilot Being A New Survey of the Sea Coast By Capt. Greenville Collins Hydrographer to their Majestys 1693.

Greenville Collins’ work was not only the first systematic survey of British coastal waters, but also the first marine atlas of these waters engraved and printed in London from original surveys. Prior to its appearance English sailors relied on often out-dated Dutch materials. The survey was carried out between 1681 and 1688, beginning with the south coast, and covering all of the British coasts except western Ireland and western Scotland. Although the complete atlas appeared in 1693, some charts had been available for sale as separate sheets sometime between 1689 and 1693.

Whilst the atlas proved popular, a subsequent edition was not published until 1723, by which time the plates and text had been acquired by the firm of Mount and Page. The firm would go onto publish some 20 editions between 1723 and 1793, with little or no revision to the charts, or text. 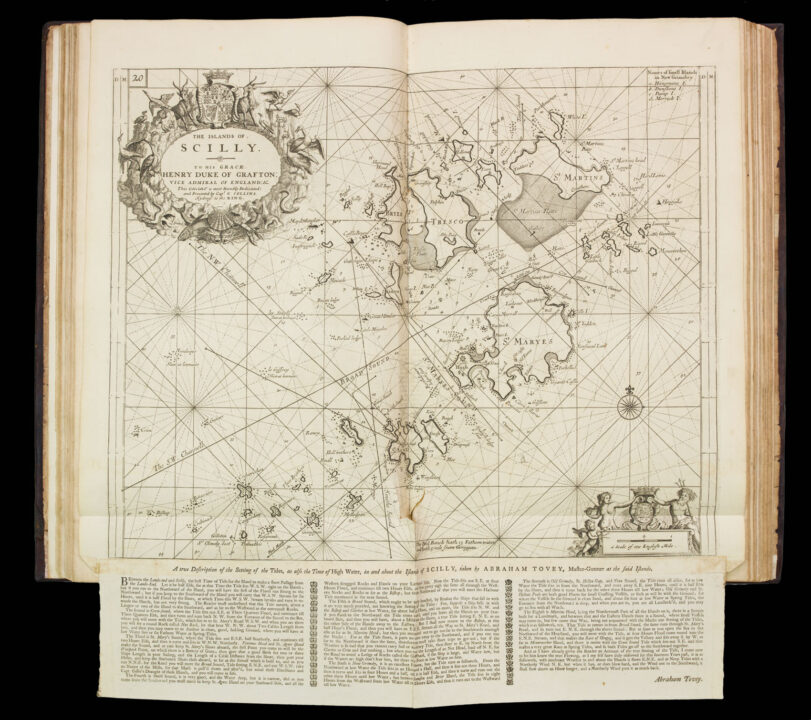 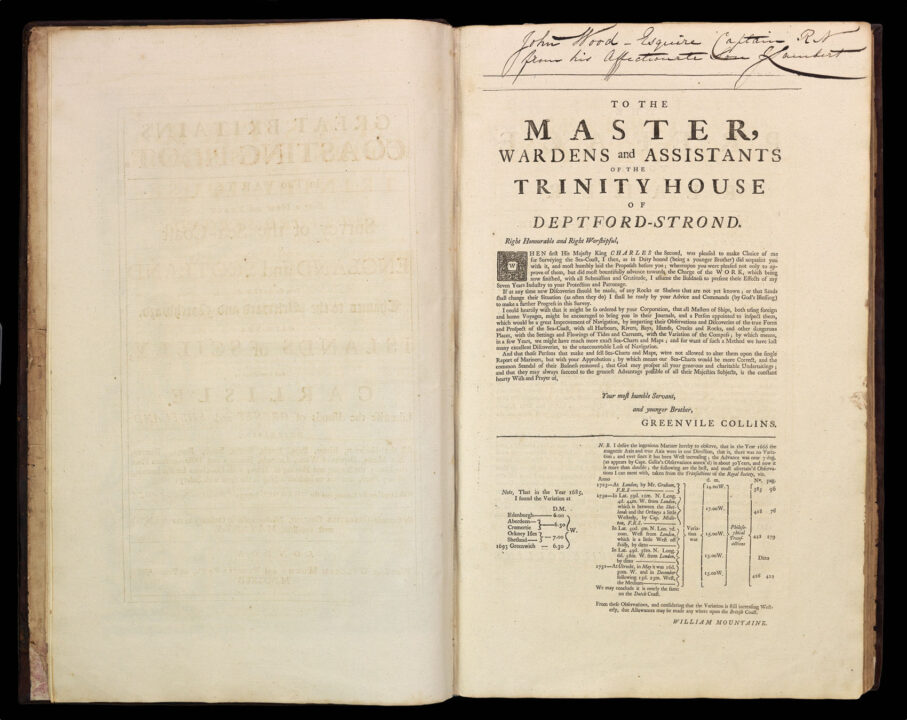 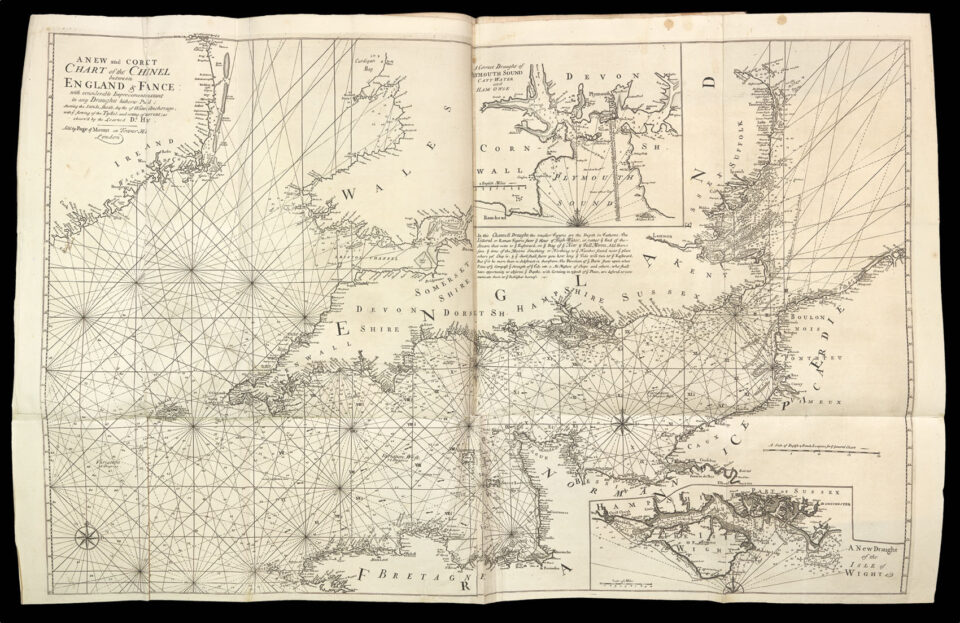 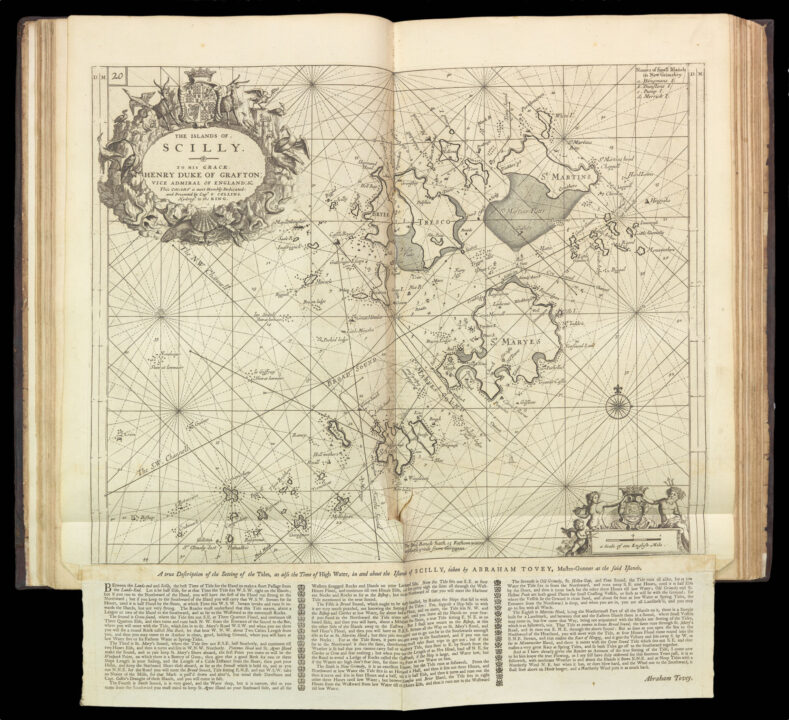 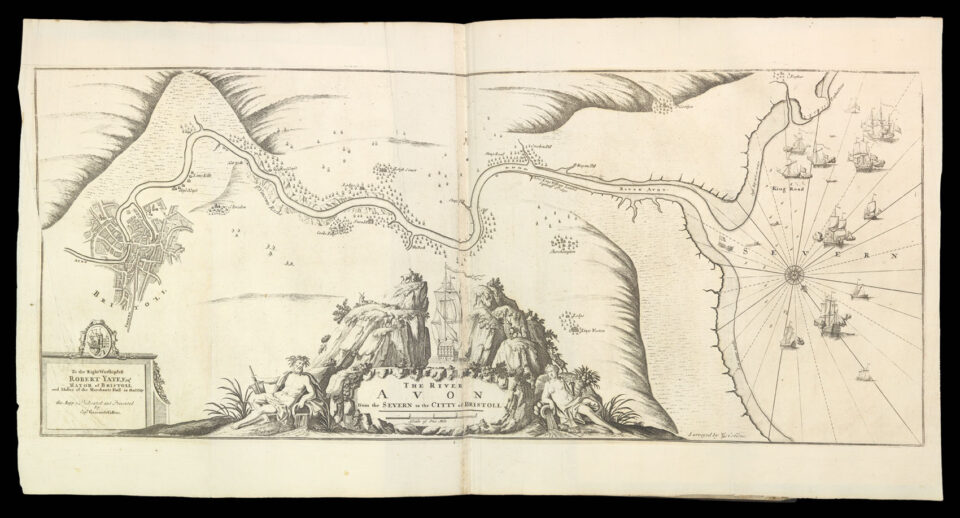 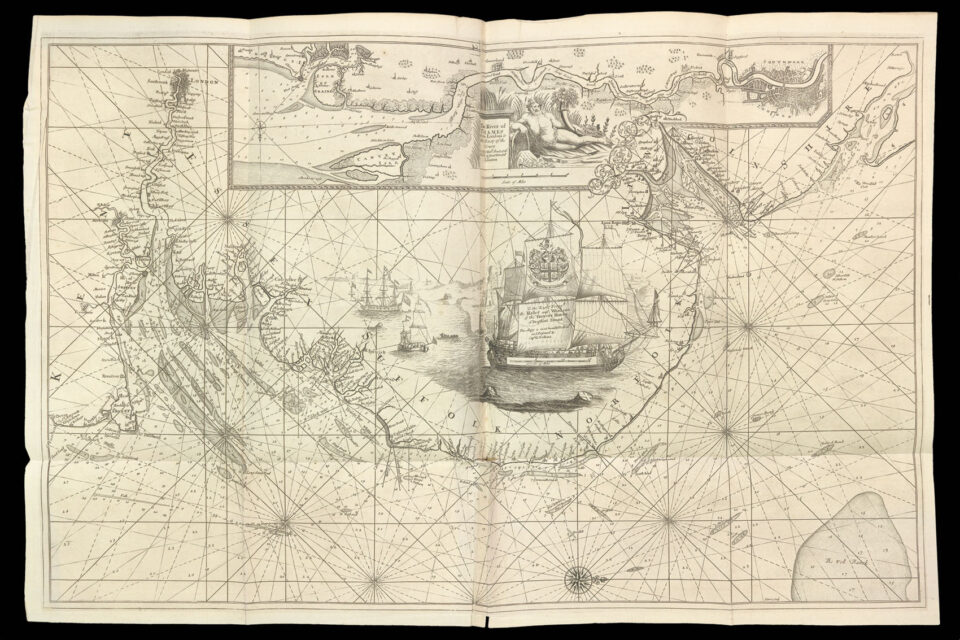