The English Pilot The Fourth Book. Describing the West-India Navigation, from Hudson’s Bay to the River Amazones [sic.] …

‘The English Pilot’, in five separate books, was the first major sea atlas published in England. ​‘The Fourth Book’ was the first wholly English sea atlas of American waters.

With one of the most complex and longest running publication histories of any atlas, the ​‘Pilot’ was first envisaged by John Seller in 1671 as a five volume work that would cover all the major navigations of the world. However, the project soon ran into financial difficulties and it was not until 1678 that the ​‘Fourth Book’, detailing North American waters, would be published by Seller with the help of several other chartmakers. The plates and text would later be acquired by the publishers William Mount and Thomas Page, who would continue to publish the pilot until the end of the eighteenth century.

Despite the longevity of the atlas, the present 1784 edition of the ​‘Fourth Book’ contains fresh, important material. For example, Andrew Hughes’ ​‘A Draught of South Carolina and Georgia’, added in 1778, is one of the best sea charts of these regions of the late eighteenth century; Edmund Halley’s ​‘A New and Correct Chart of the Western and Southern Oceans’, in its various editions, is one of the landmarks of English cartography; the revised 1775 edition of Cyprian Southack’s famous ​‘A Map of the Coast of New England’, the first to contain the large inset of Boston based on John Bonner’s great map, ​“the earliest and most important engraved plan of Boston” (c.f. Wheat & Brun 224; Deak 79); and the unattributed ​‘A Chart of New York Harbour’ is a significant addition to the cartography of that city, which first appeared in the 1784 edition.

An interesting feature of the Southack ​‘New England’ is the extensive manuscript additions and notations that were clearly made by a knowledgeable contemporary seaman. From a study of the handwriting, it seems that this seaman must have been the ​‘Pearse’ who added his name and the date in ink to the title page. At far right, the ​“Isle Sable Bank” has been added in, with various notations, including ​“By a good Observation the 6th April 1789 I find the South part of the Isle Sable Bank to be Lattde. 42° 49m N. NB Sounded directly after Observing with 155 Fathom no Ground”.

We are only able to trace five institutional examples of this edition. 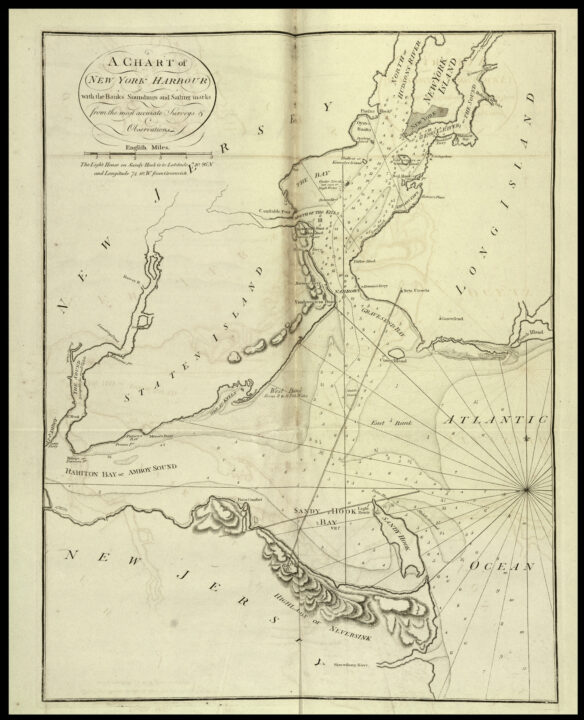 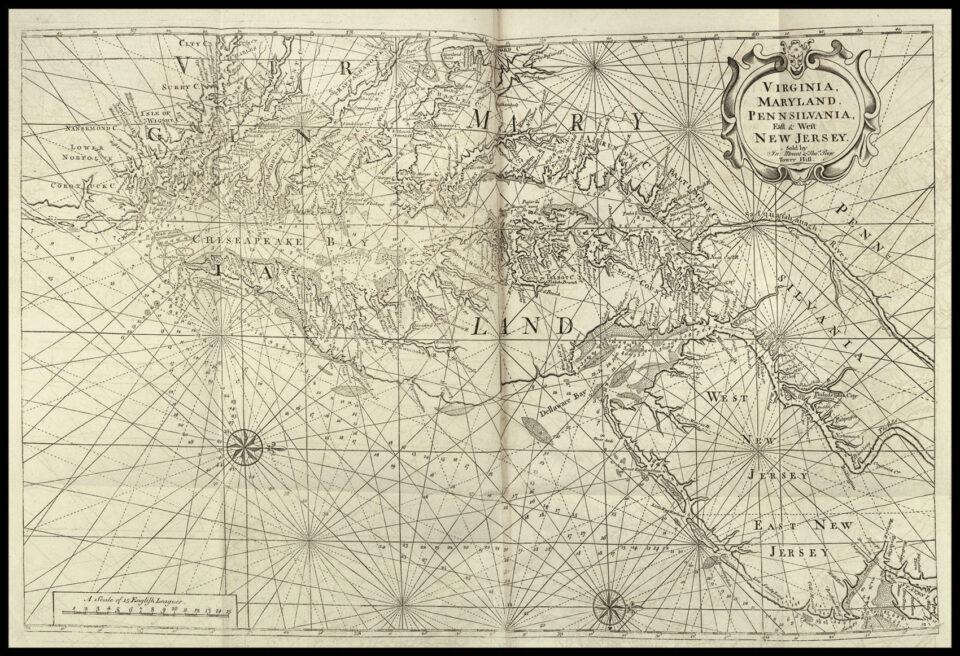