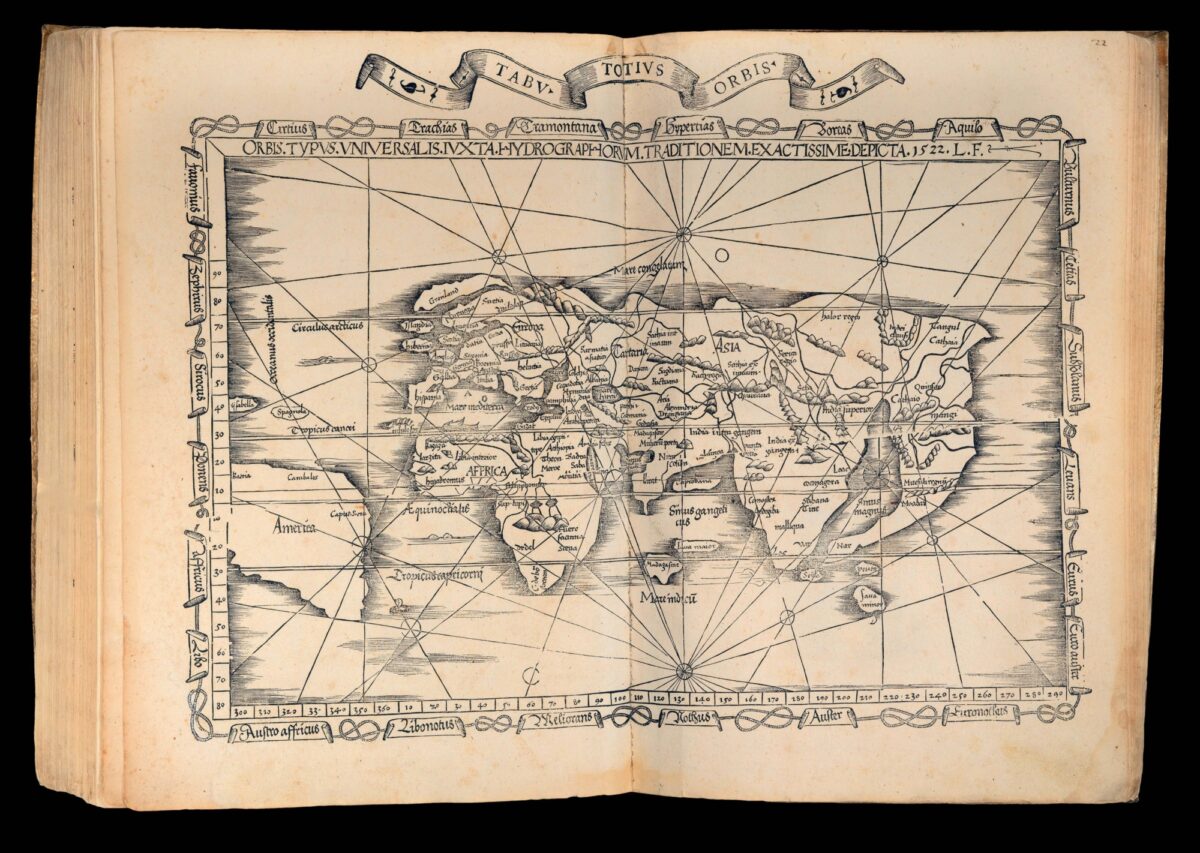 The first Servetus edition of Ptolemy

This is the first edition of Ptolemy’s ​‘Geographia’ to be published with Pirkheimer’s translation edited by Michael Villanovanus, better known as Servetus (1511–1553), born at Villanueva, in Aragon, Spain. While working as an editor for the publisher Trechsel he wrote the preface and many of the modern descriptions for the versos of the maps. He also edited a second edition printed at Vienne in the Dauphiné, in 1541. For his writings against the Holy Trinity and infant baptism, Servetus was burnt at the stake in 1553. However, there were forty counts of heresy against him, including the offence of having asserted, in the text accompanying map 41, ​‘Tab. Ter. Sanctae’, of the Holy Land, that Palestine was not as fertile as it was generally believed. Many copies of the book were burned with him on the orders of John Calvin, although the offending passage was not actually written by Servetus, and had appeared previously in the 1522 and 1525 editions, and was pointedly omitted from his second edition of 1541.

The maps for Servetus’ edition are printed from the same woodblocks that were created by Laurent Fries for the 1522 edition of Ptolemy’s ​‘Geographia’, after the original 1513 maps of Martin Waldseemuller (1470–1520). Fries was originally a physician, ​“at a succession of places in the Alsace region, with a short spell in Switzerland, before settling in Strasbourg, in about 1519. By this time, he had established a reputation as a writer on medical topics, with several publications already to his credit. Indeed, it was thus that Fries met the Strasbourg printer and publisher Johann Grüninger, an associate of the St. Die group of scholars formed by, among others, Walter Lud, Martin Ringmann and Martin Waldseemuller. It would seem that Gruninger was responsible for printing several of the maps prepared by Waldseemuller, and for supervising the cutting of the maps for the 1513 edition of Ptolemy, edited by the group.

Three of the maps relate to the Americas: ​‘Terra Nova’, the first map in an atlas dedicated to America; ​‘Tabula noua totius orbis’, to which he added images of Russian, Egyptian, Etheopian, Trapobanan and Mursulian kings, and an elephant off the coast of Greenland; and ​‘Orbis typus universalis’, the ​‘Admiral’s map’, and the first map in an atlas to name America’.

1. Contemporary marginal annotations and sea-routes marked on 10 maps, extending from Ireland to the coast of Italy and on to Syria. 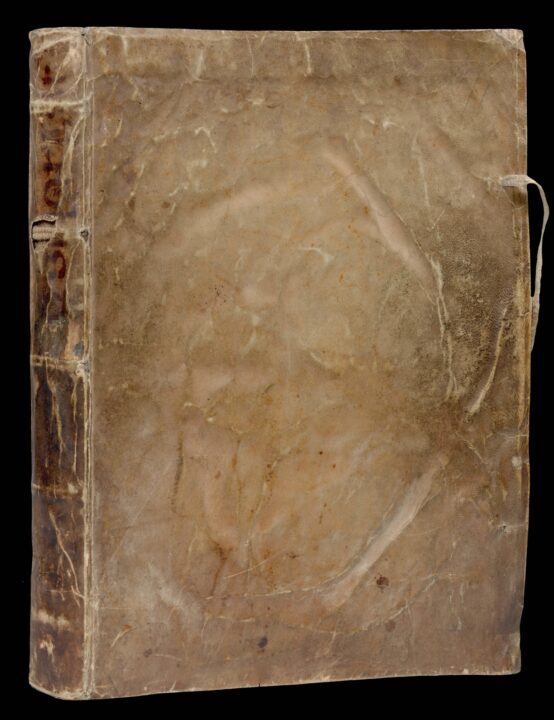 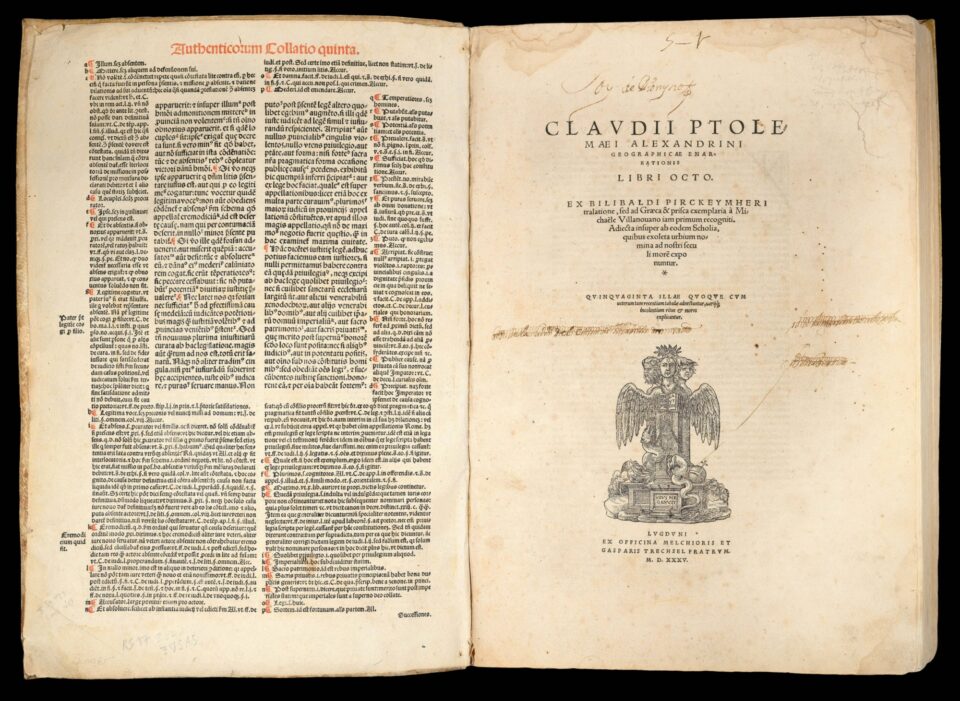 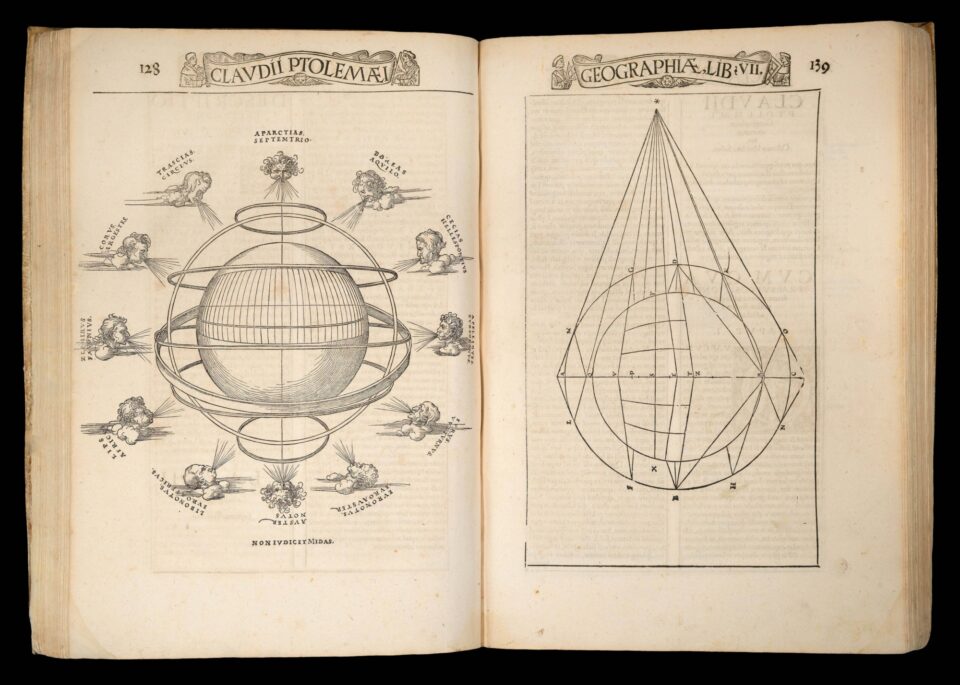 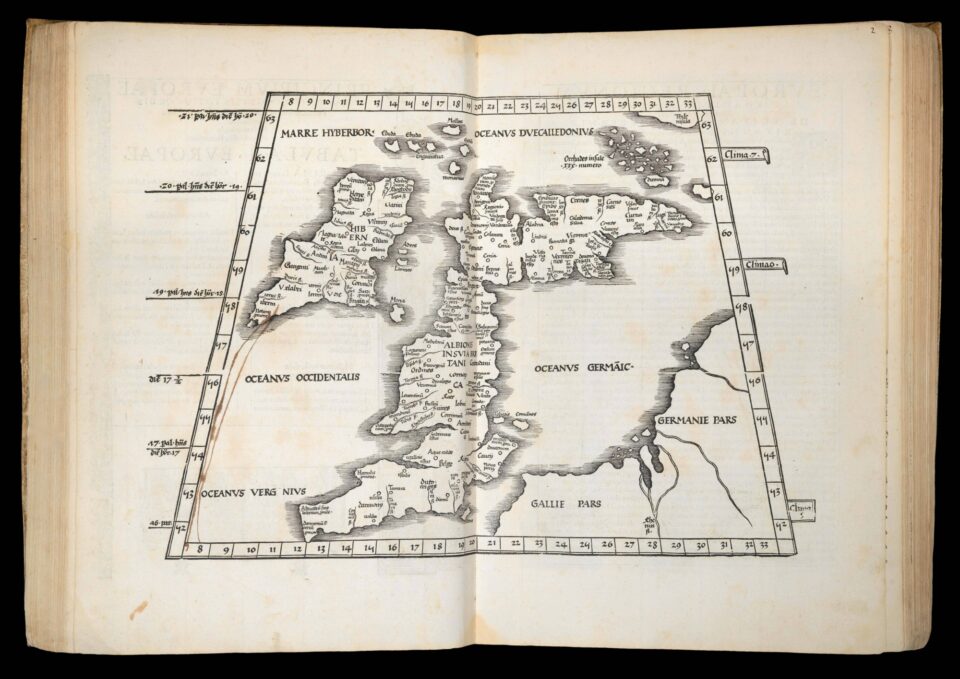 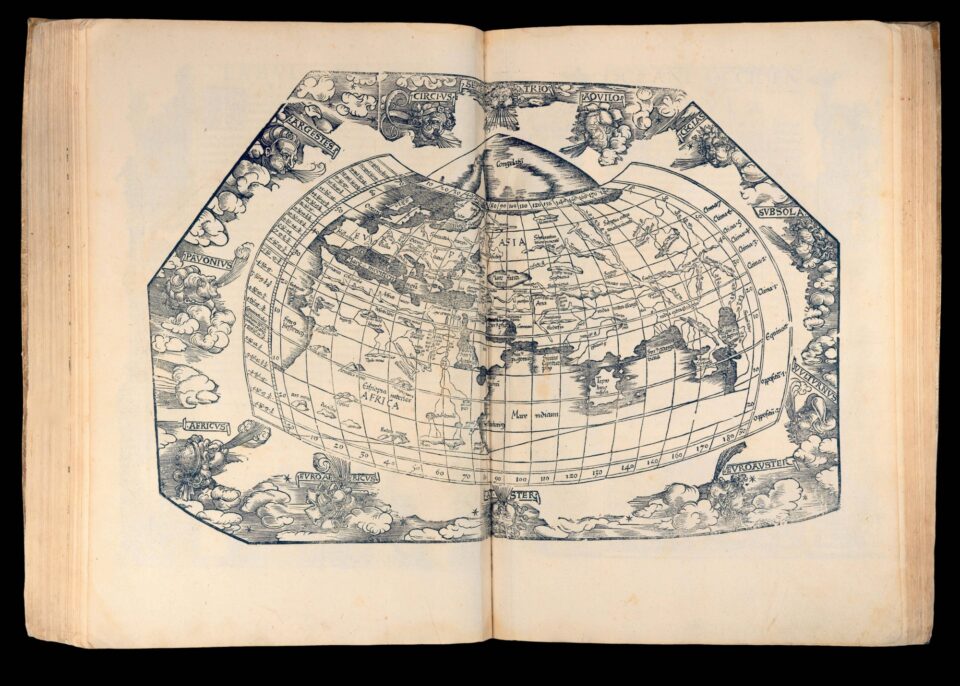