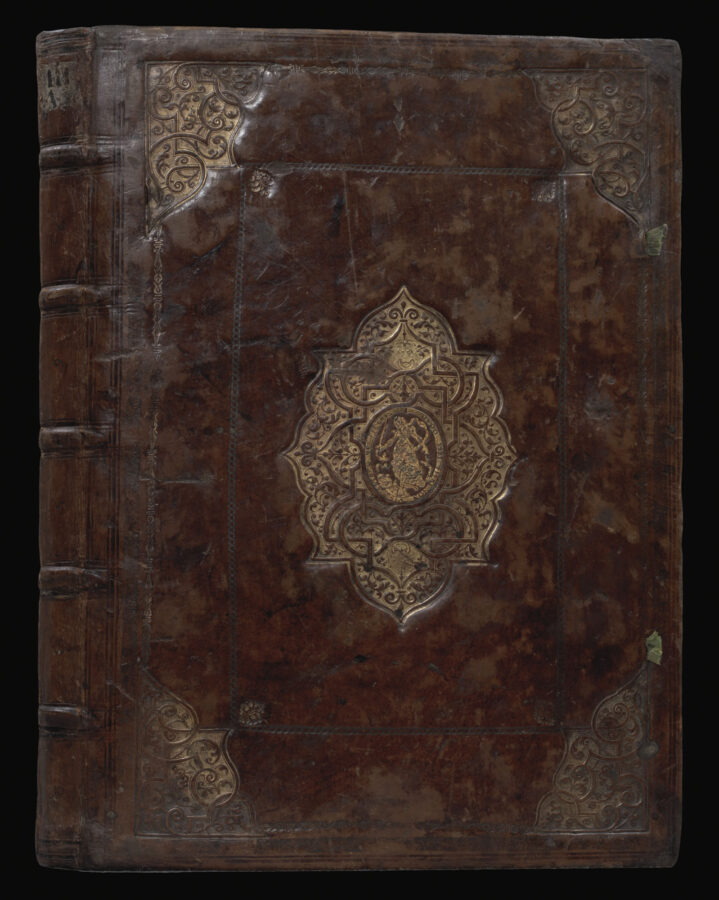 The Mariners Mirrour … Herein also may be understood the exploits lately atchived by the Right Honorable the L. Admiral of England with Her Ma[jes]ties Navie; and some former services don by the worthy Knight S[i]r Fran[cis] Drake.

“In 1587 the English translation of Waghenaer’s ​‘Speighel der Zeevaert’ was commissioned by the Lord Chancellor, Sir Christopher Hatton. The translation was carried out by Anthony Ashley, Clerk of the Privy Council, who used the 1586 Latin edition as a model. New plates were cut by De Bry, Jodocus Hondius, Augustine Ryther, and Johannes Rutlinger” (Koeman).

The maps are some of the earliest engraved in England and the atlas, as well as being the first printed sea atlas, was the first book to standardize symbols of buoys and beacons. The maps for the English edition were simplified from the earlier versions, removing the wavy lines chosen to represent the sea to make the rutter more useable onboard ship. The ornamental ships and sea monsters were retained, in part because the ships were useful to the mariner in determining location as the vessels depicted correspond to the stretches of coast shown. Such considerations do not, however, detract from the decorative appeal of the charts and the book ​“outranks any other rutter of its period, with its splendid presentation of charts and text; as such it stood as a model for the folio-sized charts and pilot guides with charts in the seventeenth century”(Koeman). Such was the popularity of this work in England that all subsequent sea atlases and pilots became commonly known as ​‘waggoners’.

An exceptionally rare item. ESTC lists fifteen examples of the book, all in institutions; Koeman cites only eight. We are aware of one other complete example of this work coming up for sale in the last thirty years: the Wardington copy, sold for £90,000 plus premium in 2006. The present example was offered by John Howell Books in 1982, for $85,000. 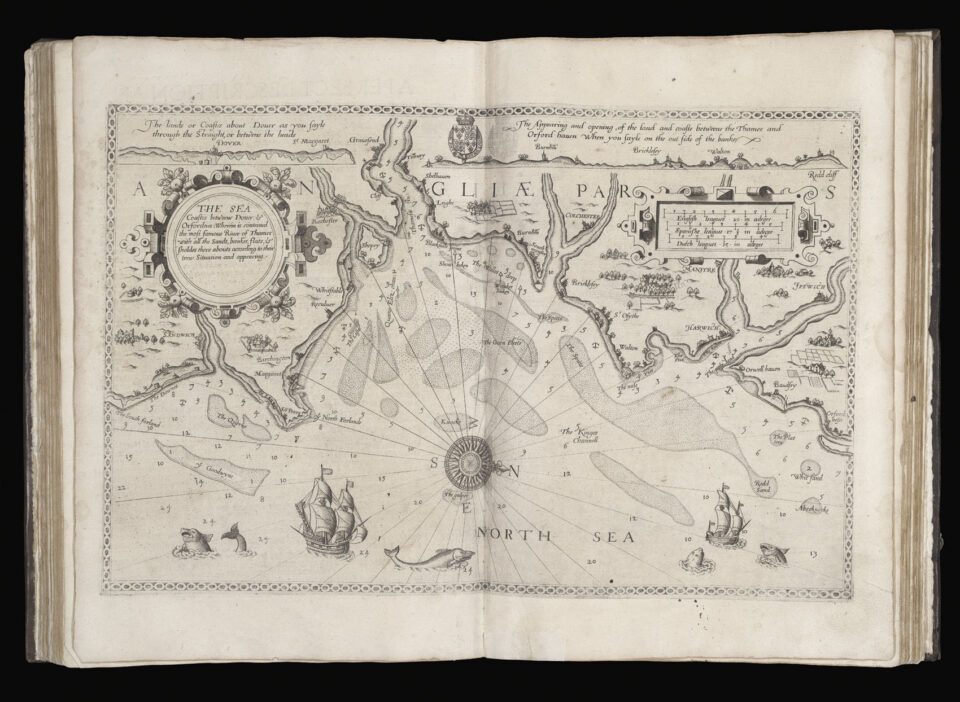 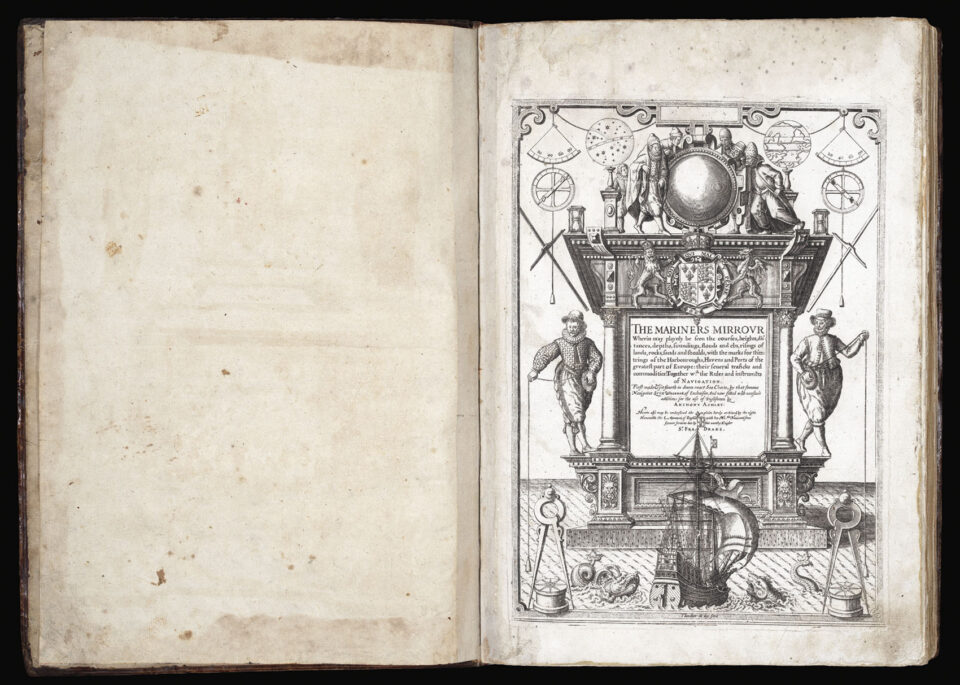 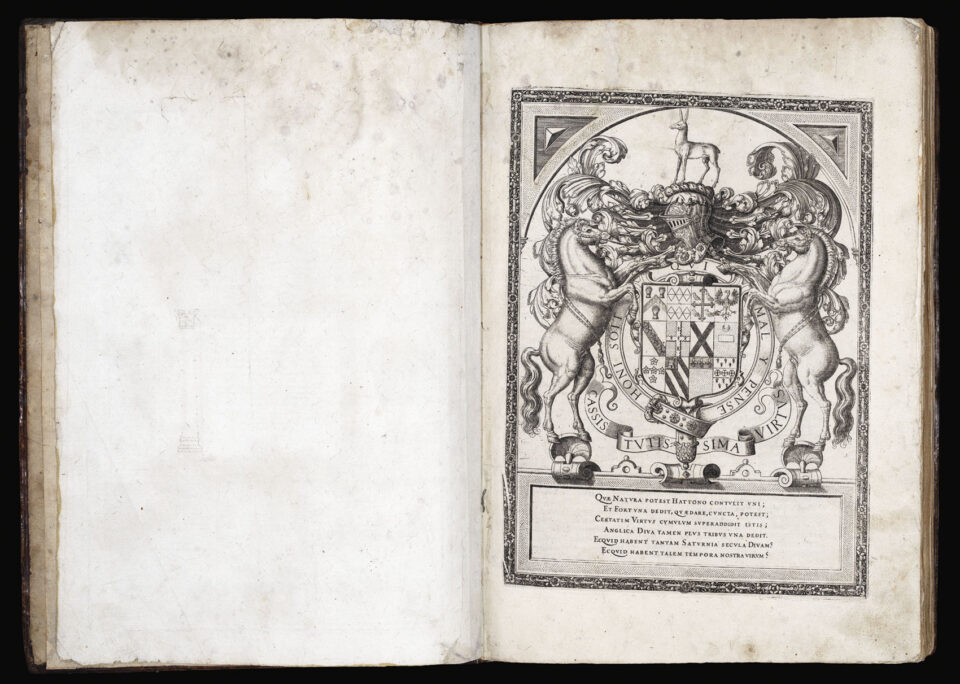 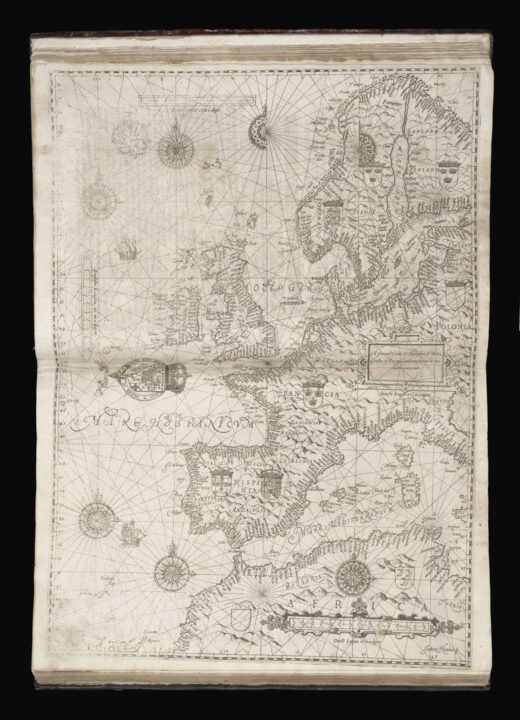 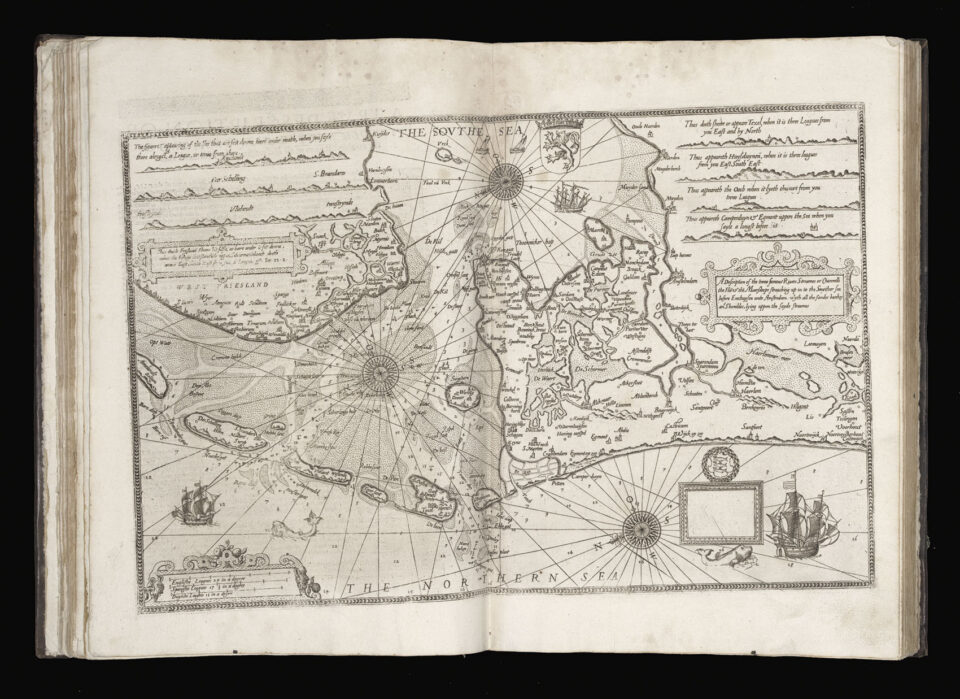 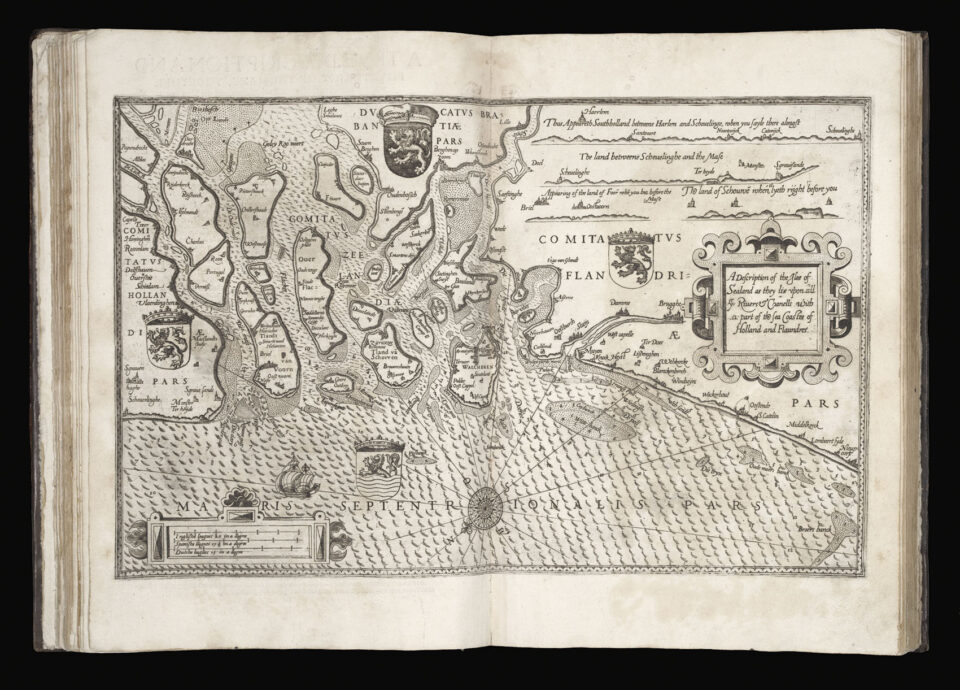 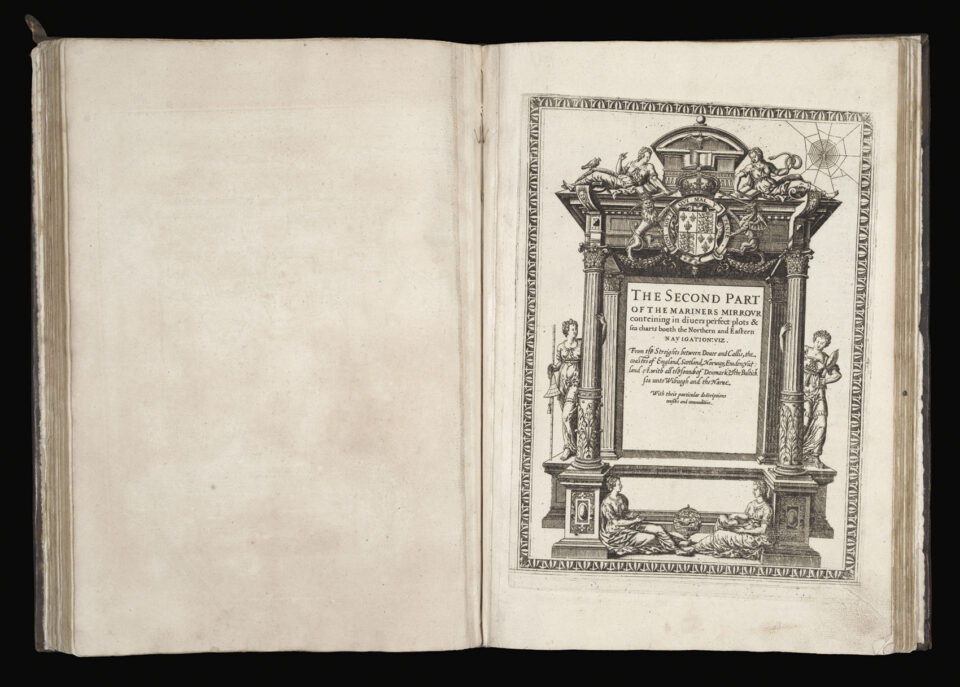 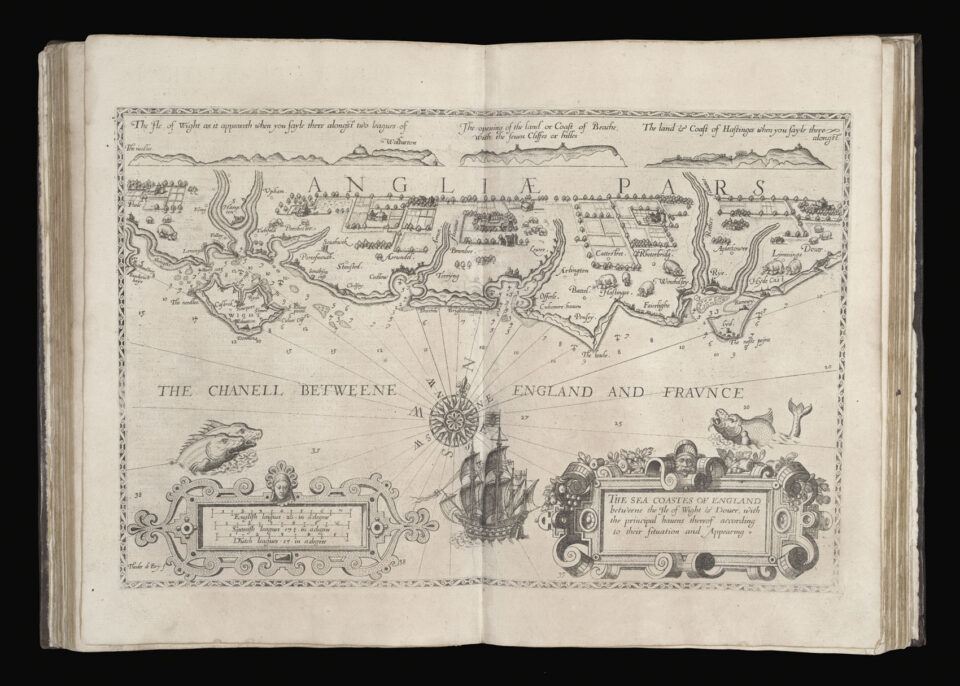 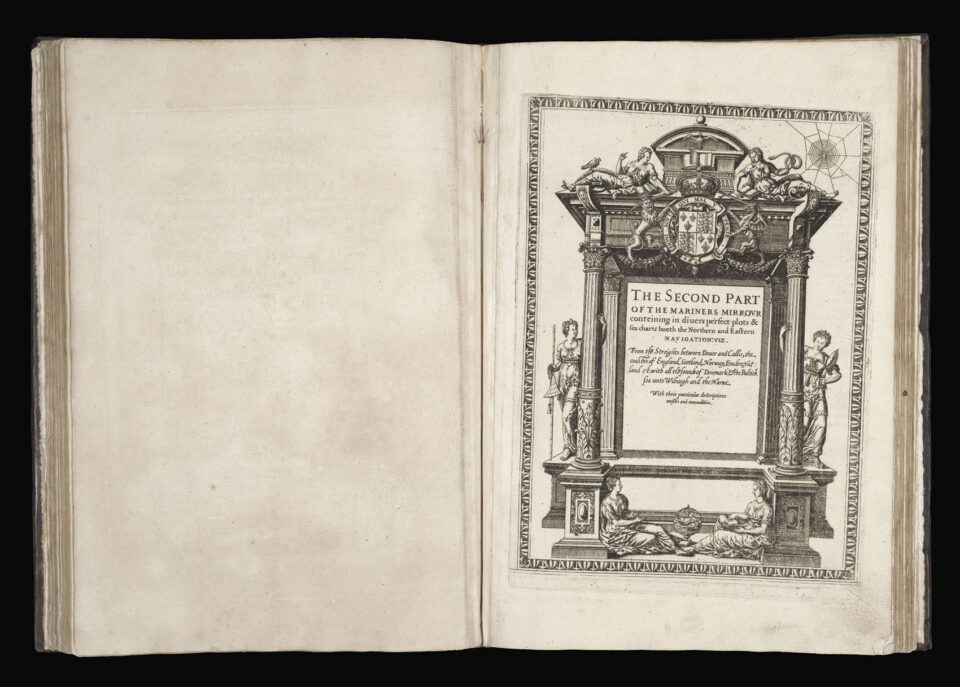