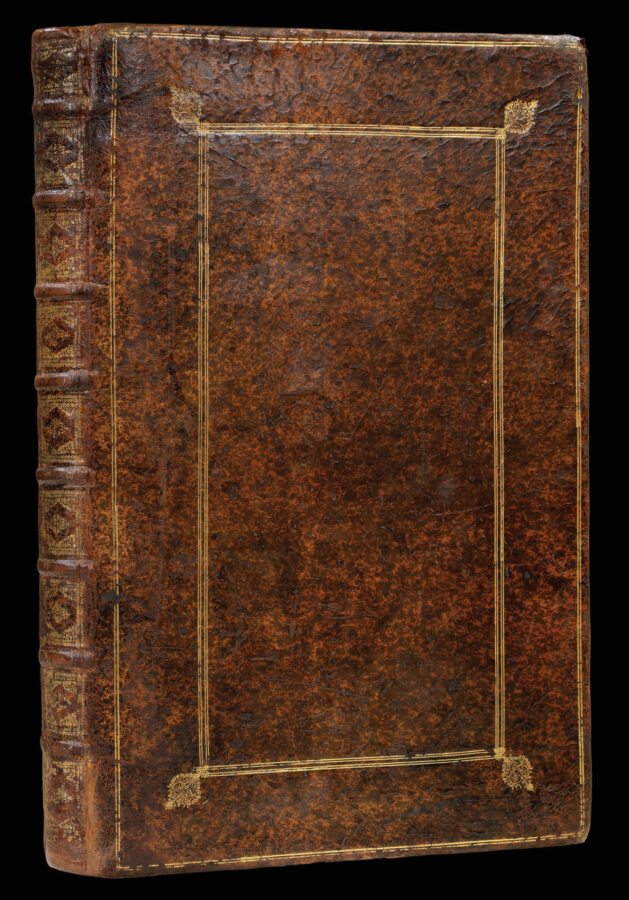 A stunning large-paper copy of one of the most important maritime atlases of the Dutch golden age, beautifully coloured by a contemporary hand with highlights in gold and silver.

Roggeveen’s work is the first maritime atlas of the American coasts, and was based largely on the closely guarded collection of mostly Iberian manuscript nautical charts owned by the Dutch East India Company (VOC) and West India Company (WIC). It covers what it calls the West Indies, a term then interpreted much more broadly than today, including not only the entire Caribbean, the Gulf of Mexico and Central America, but also part of South America and the entire east coast of what is now the United States and southern Canada. The scales, compass roses, rhumb lines, sand banks, depth soundings and the border with reticulated scales of latitude on the east and west clearly indicate an atlas designed for a mariner to use for navigation, but the decoration and in the present copy the extra large paper and beautiful contemporary colouring with gold and silver highlights suggest a showpiece, probably prepared for a wealthy merchant, one of the company officials or for one of the companies’ investors.

Arent Roggeveen (c.1628–1779) was born in Delfshaven, and came to Middelburg as a teacher in 1658. Familiar with mathematics and land-surveying and interested in astronomy, he quickly learned the arts of navigation. Middelburg boasted one of the most important chambers of both the VOC and WIC, so many of Roggeveen’s students worked in the two companies. Through these connections he apparently gained access to the large collection of mostly Iberian manuscript sea charts that the companies had captured, copied by espionage, or commissioned (some American place names in Roggeveen’s atlas still retain their Spanish forms). This collection had been closely guarded as a matter of national security during the Dutch war of independence from Spain. Even after 1648 it was still considered sensitive material, as it gave the Dutch merchants of the VOC and WIC an important commercial advantage. While some atlases largely copied maps from their predecessors, Roggeveen could therefore draw on this cartographic treasure trove to produce more accurate and more detailed sea charts than had ever been published before.

Pieter Goos (1617–1675), son of the Amsterdam engraver Abraham Goos, is documented as a copperplate engraver in 1648 and published the first edition of his European maritime atlas, Zee-spiegel, in 1650. By the time he began working with Roggeveen he was a leading member of the Amsterdam sea chart and maritime atlas trade and a powerful figure in the booksellers guild.

The world’s first maritime atlases, by Lucas Waghenaer and Willem Barentsz only covered European waters. The rise of the VOC and WIC stoked a demand for maritime atlases covering more exotic regions, but before Roggeveen only mariners granted access to the tightly held collections of manuscript nautical charts could count on the detailed and accurate hydrographic information needed for navigation in America. The Dutch colonies in the Americas were a lucrative source of mercantile wealth. When Roggeveen began work on the present atlas ​“Nieu Nederland” (approximately the future New England) was still in Dutch hands, but it fell to the English in 1664 ( and totally in 1674). The timing of Roggeveen’s atlas, one year after the loss of New England, was perhaps inauspicious, but it has made his work much rarer. Goos died around the time of publication, Roggeveen four years later, and the American maritime atlases published by Van Keulen and others supplanted it: it is therefore much harder to acquire today.

The atlas was offered on both ​“Royael” (Royal) paper and on the larger ​“Oliphants” (Elephant) paper. The present copy is clearly on the larger and more expensive ​“Oliphants” paper, for about two-thirds of the letterpress sheets and about one third of the nautical charts show an elephant watermark.

We are only able to trace one example of the first edition of ​‘Het Brandende Veen’ appearing on the market — Lot 2159 ​‘Catalogue of the Magnificant Library of the Late Hon. Henry C. Murphy’ (1884), which sold for $11. It is quite conceivable that the present example is the same copy, as the catalogue description notes: ​“atlas folio, calf, title, vignettes and maps beautifully coloured, the former illuminated”.

Henry C. Murphy (1810–1882)was an America lawyer, politician, historian and ​“one of the most ardent bibliophiles of this country and century” (1884 catalogue). ​“He was mayor of Brooklyn and later a congressman twice with a defeat in between. In 1852 he was a serious candidate for president until people remembered he was Irish. He then served as United States Minister to Holland continuously until Abraham Lincoln recalled him. He then went to Albany as a State Senator.

As a book collector he was exceptional. His library was complex and complete to the point of obsession but it was the age to obsess and he did so very effectively. It is no longer possible to do what he did. In his time he saw the opportunity and made the most of it. That chance will not come again.” (Rare Book Hub).

From the library of F.C. Koch, a famous Dutch book collector and historian whose library was sold at auction by Hauswedell and Nolte in Hamburg in 1974.

From the library of F.C. Koch, a famous Dutch book collector and historian whose library was sold at auction by Hauswedell and Nolte in Hamburg in 1974. 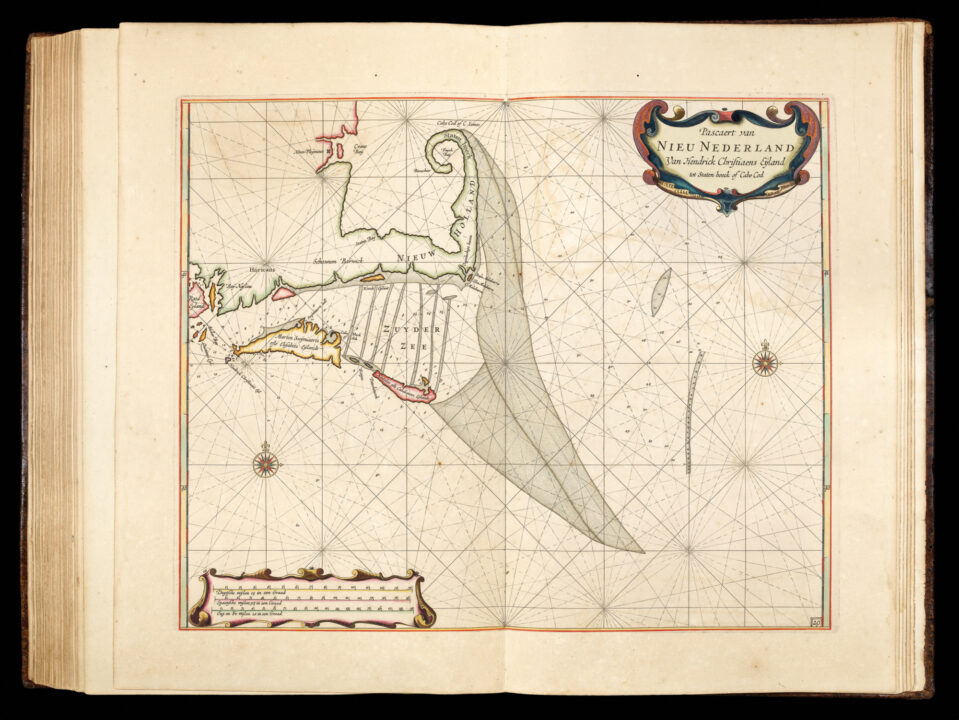 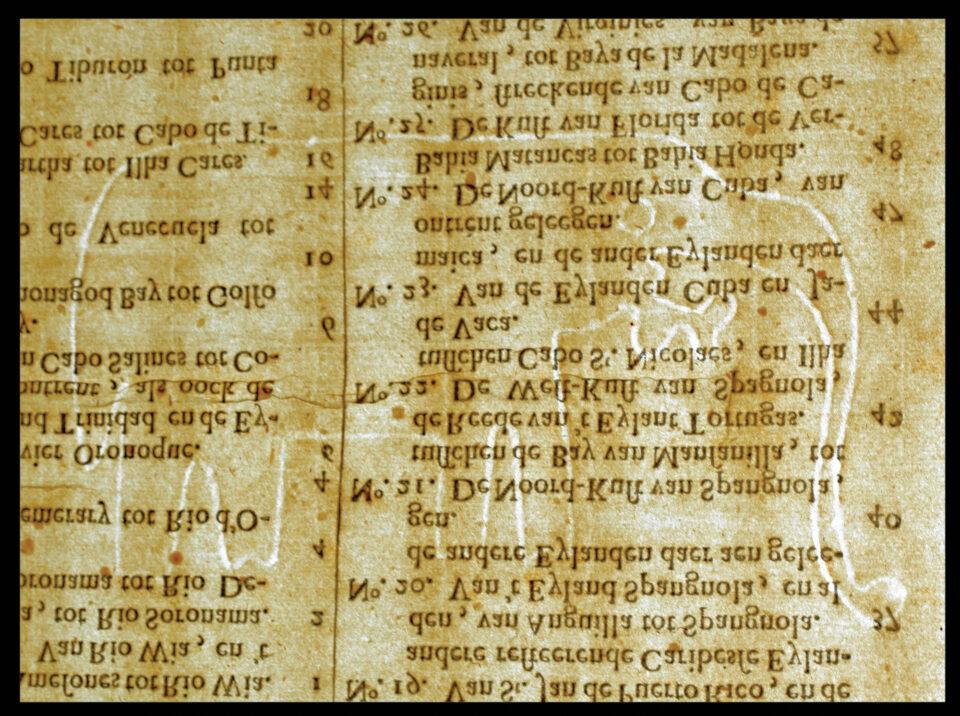 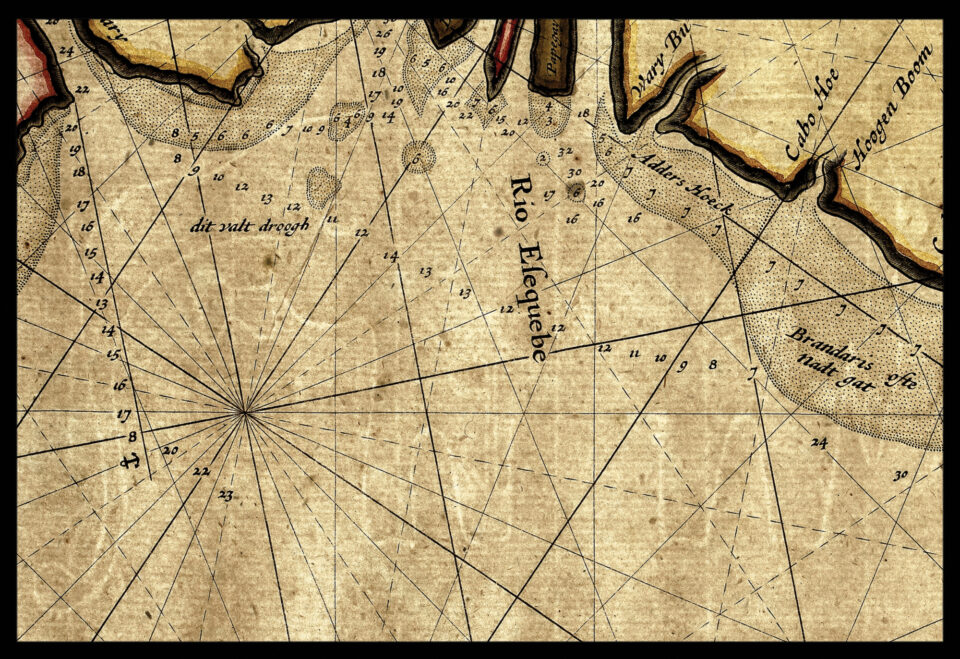 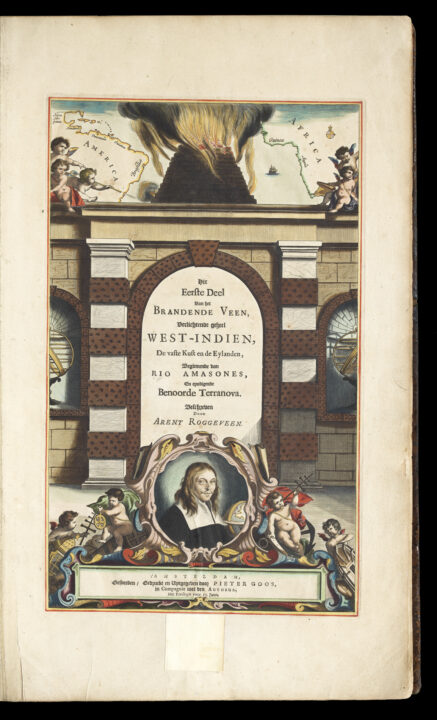 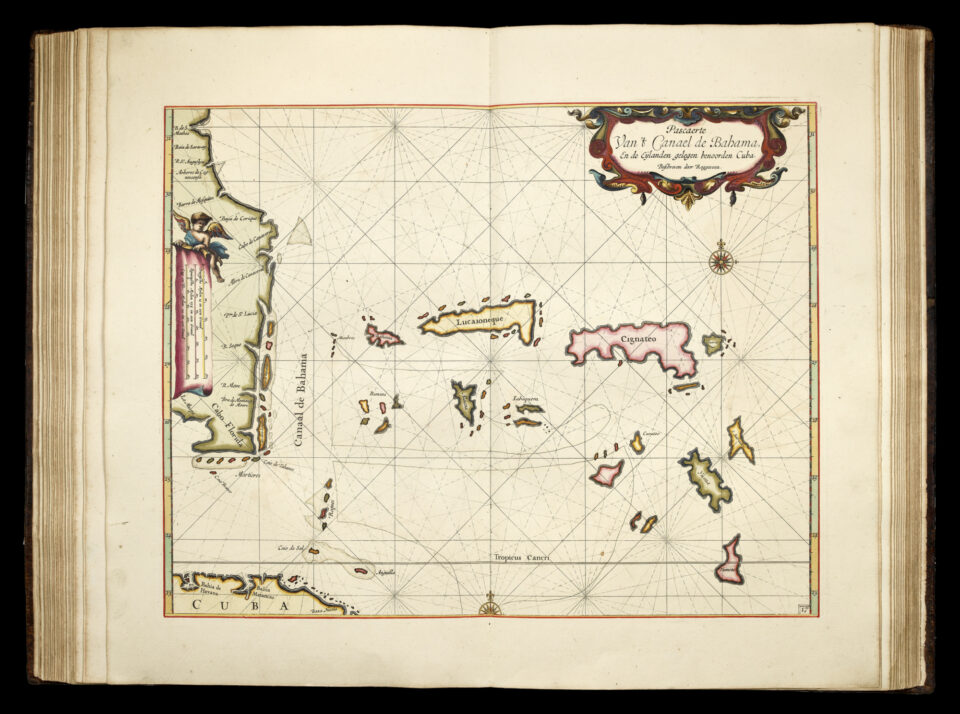 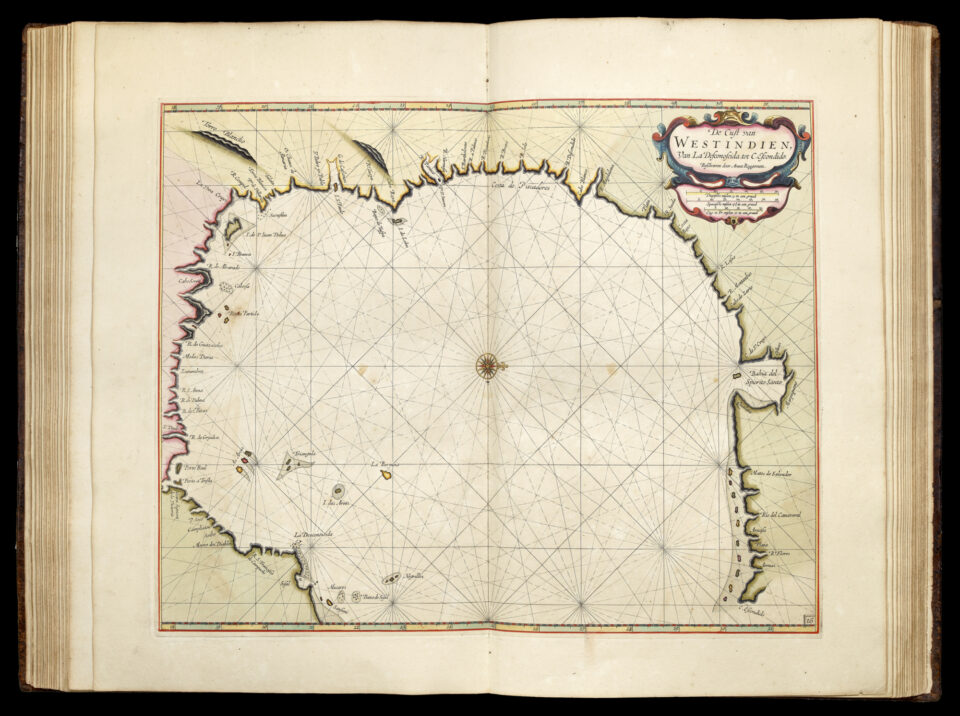 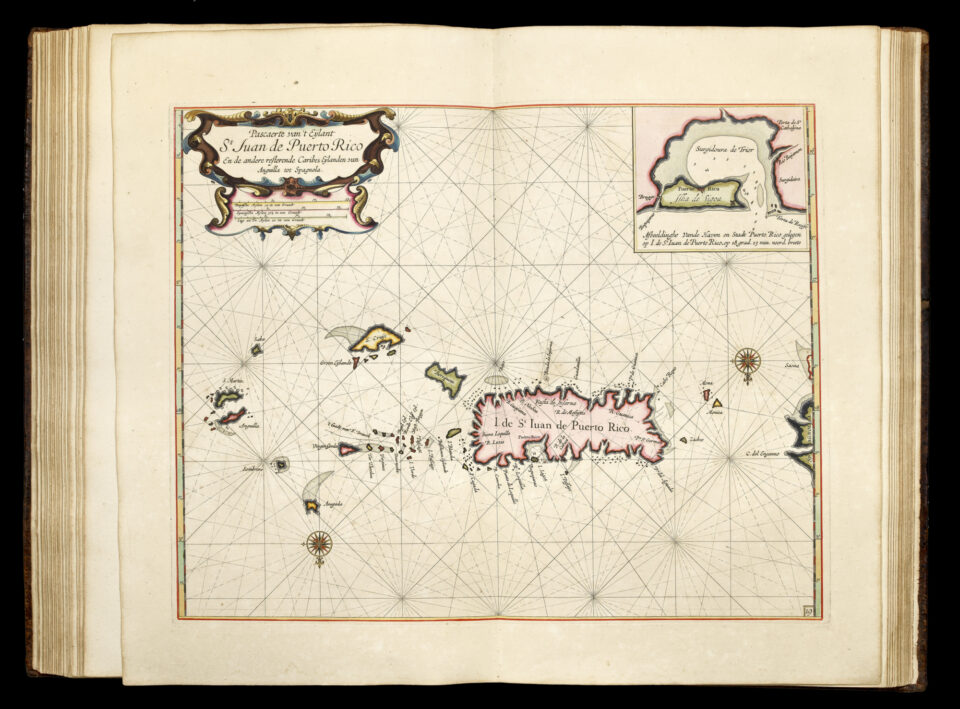 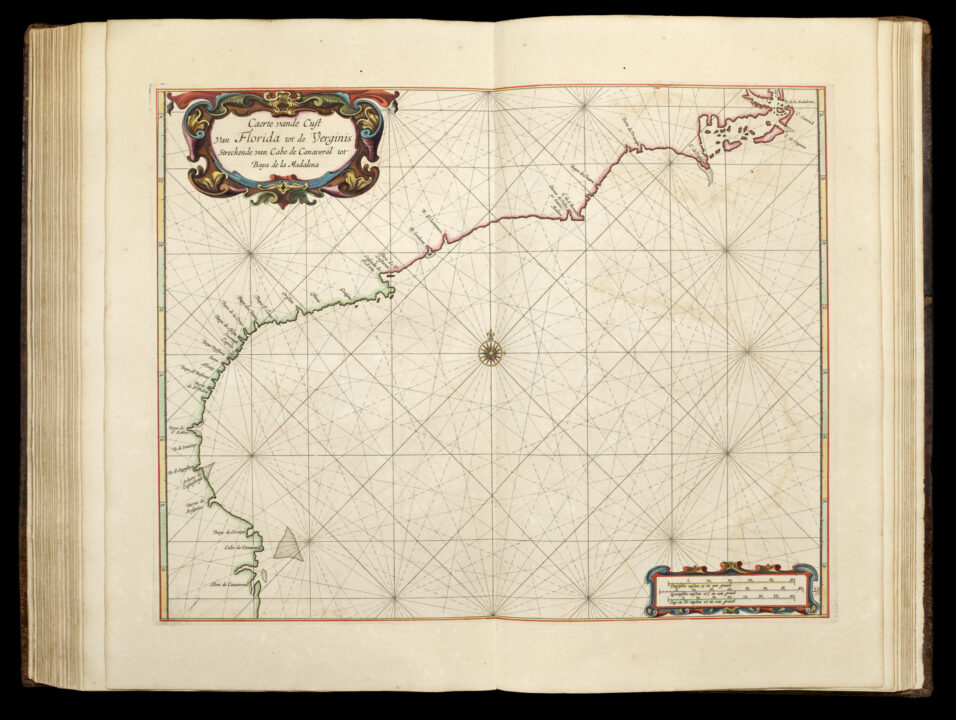 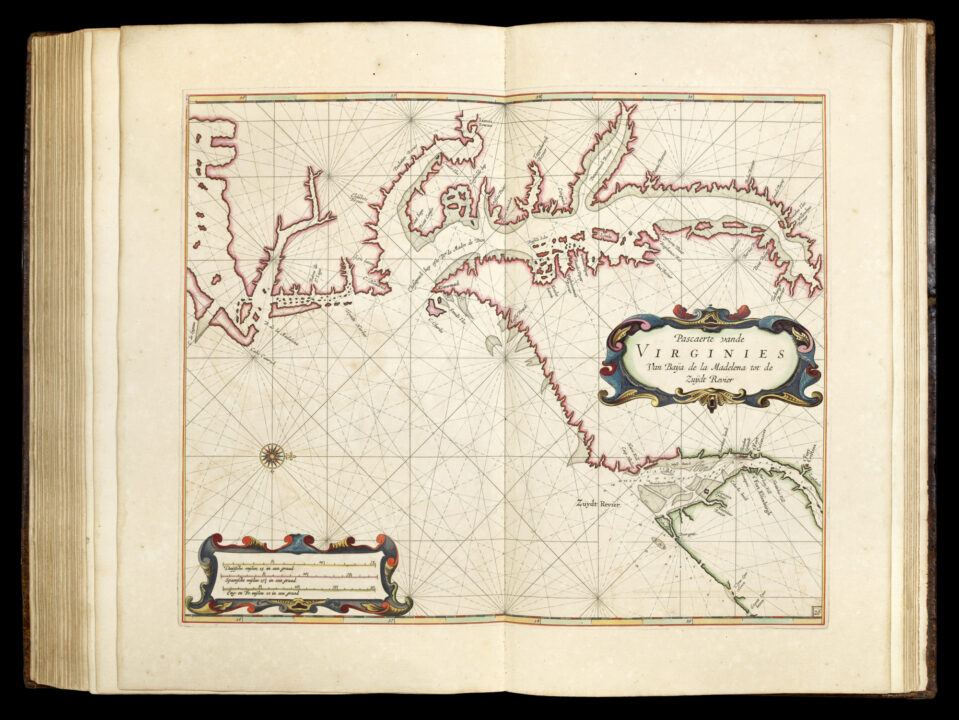 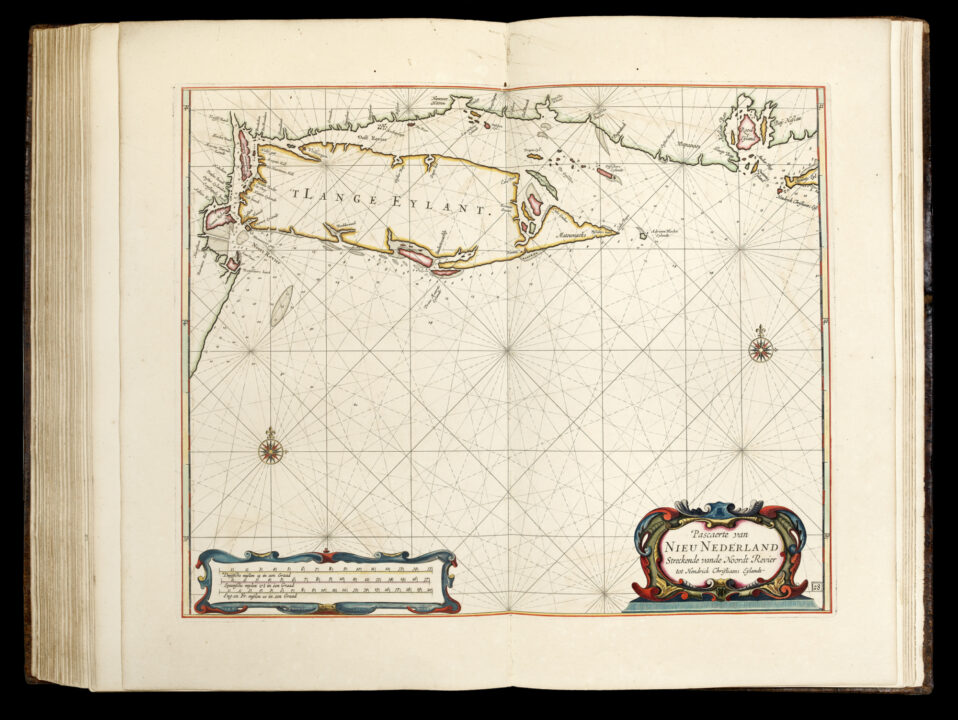 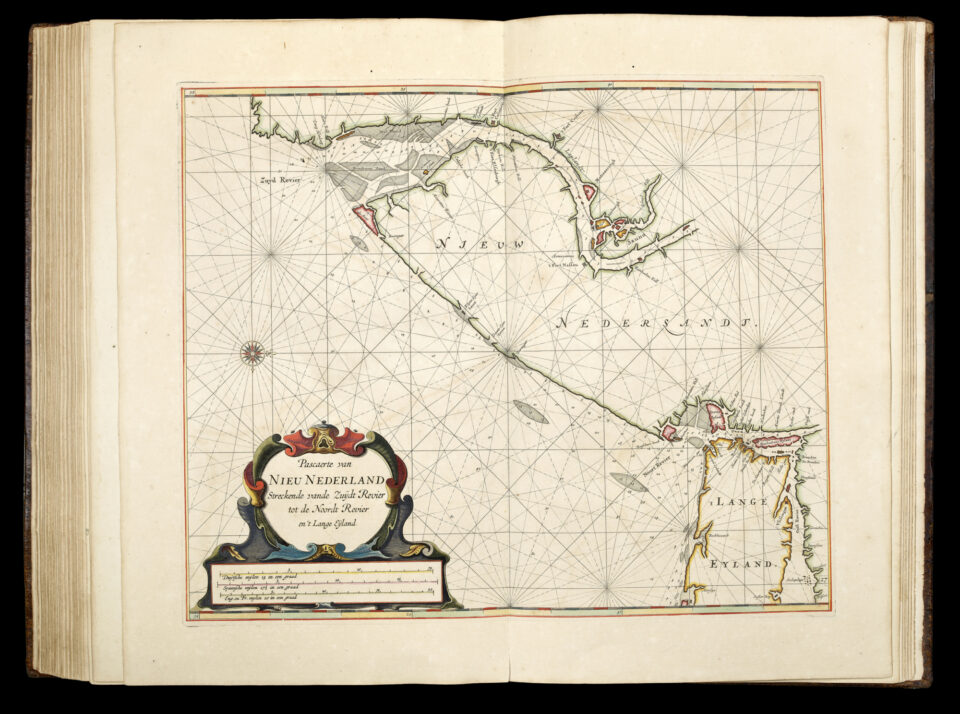