The first sea atlas by an Englishman in England

The ​‘Atlas Maritimus’ of 1675 was the first English attempt to challenge the Dutch monopoly in printed sea atlases by the likes of Goos (see item 18), Doncker (see item 15), and Colom (see item 14). Each was made up according to the wishes of the purchaser, and so individual copies can vary considerably. The present atlas contains 20 maps and charts, and can be dated to around 1685, as it would appear to be made up of much of the stock that Seller retained after the breakup of the consortium, supplemented with a few new charts.

Of the five charts that depict North America, two were originally issued separately: the ​‘Western Ocean According to Mercator’s Projection’ was based upon Blaeu’s seminal ​‘West Indische Paskaert’ (1630), of which Burden records only two other examples; and Seller’s beautiful ​‘Mapp of the Regions & Countreyes under and about the North Pole’, a circular chart detailing several voyages of discovery and surrounded by finely wrought depictions of polar bears, Inuits, and whaling.

Inscription on front pastedown: ​“This book of Maritime Charts given to Lieutenant Webb by The Earl of Clarendon 1795”. 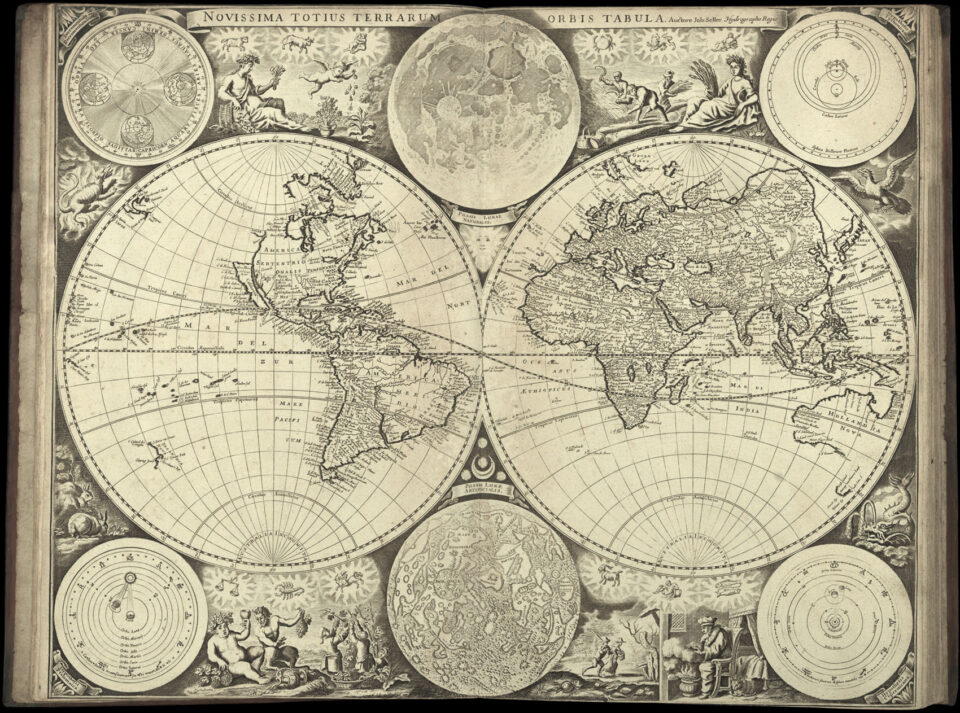 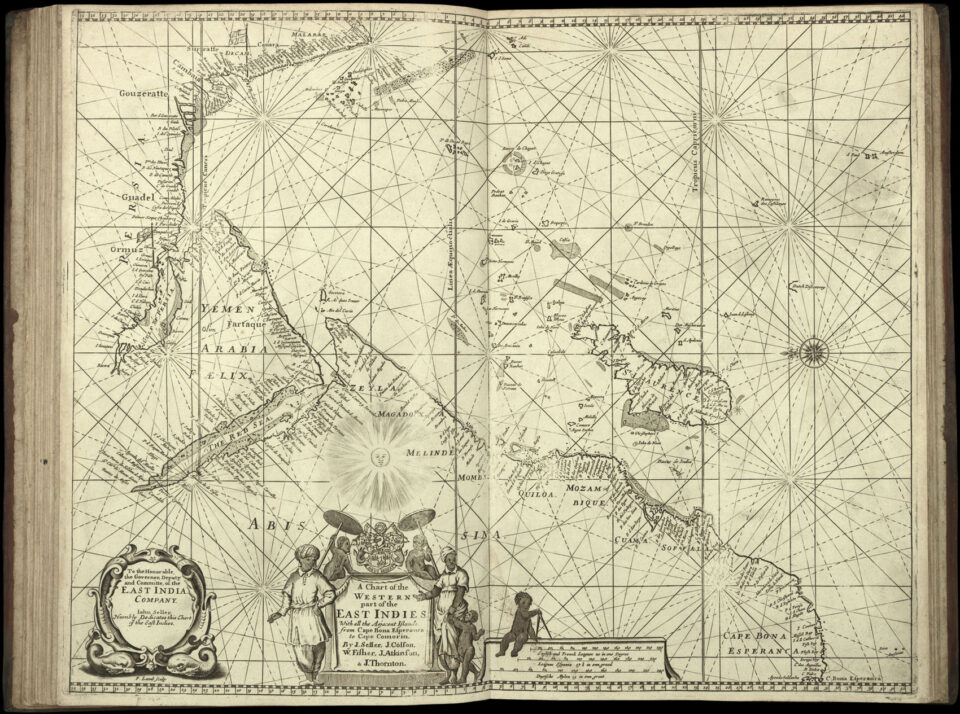 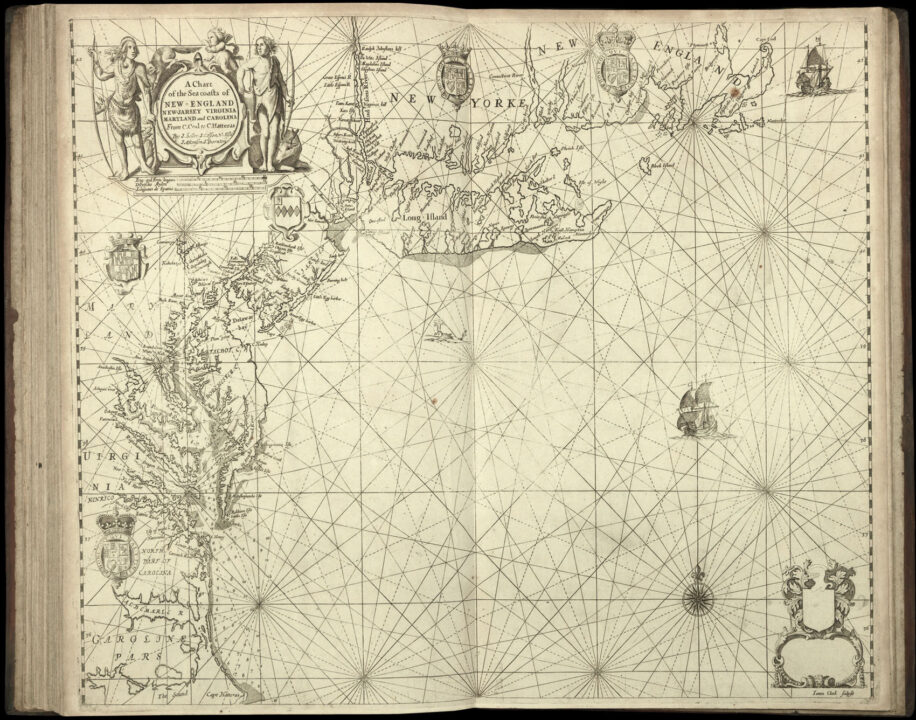 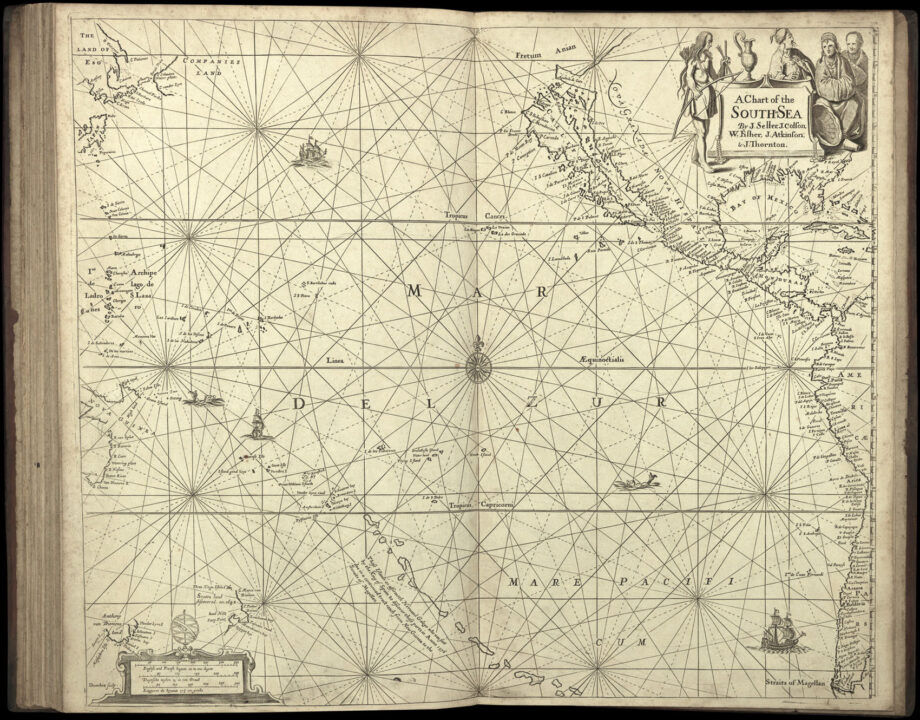