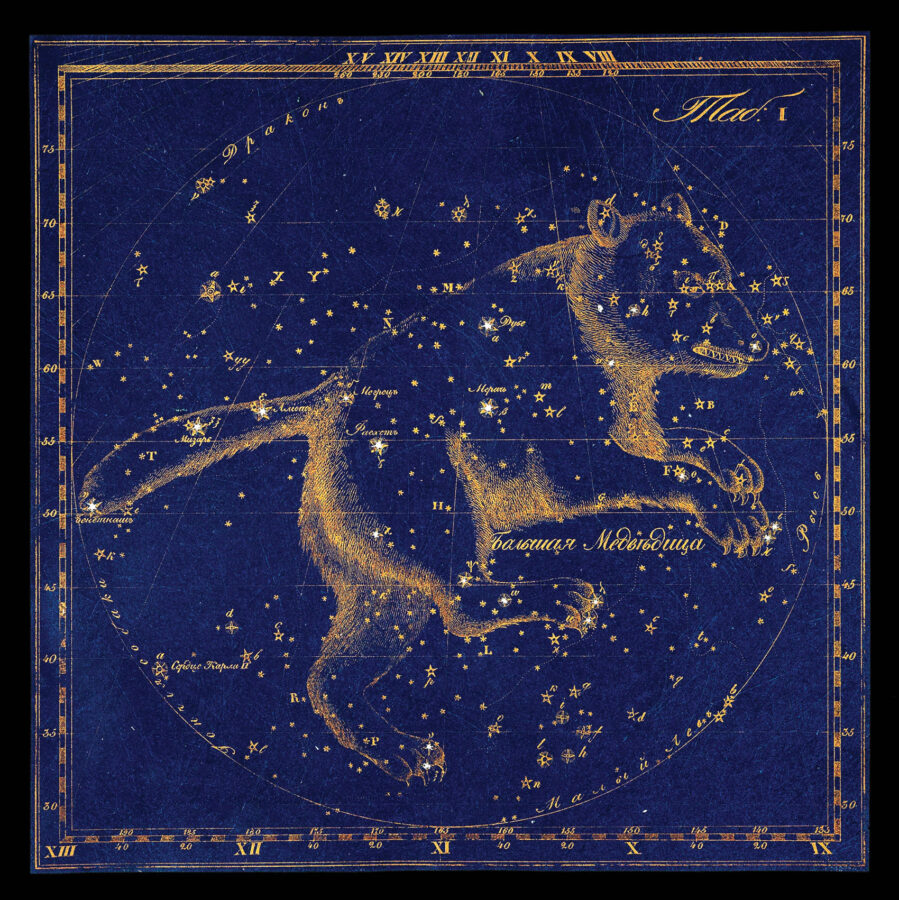 The chart titles are in cyrillic, but the geocentric format and design of the figures are based upon Bode’s atlas of 1806, which in turn took its inspiration from Fortin’s French edition of Flamsteed’s ​‘Atlas Coelestis’ of 1776. The work contains a number of constellations that are now obsolete, including Custos Messium, named in honour of the astronomer Charles Messier.

The use of a dark background in celestial atlases was not an innovation. Reissig’s immediate precursor was Goldbach, who taught in Moscow and who used the technique in his atlas of 1799. The sumptuous printing of Reissig’s atlas is, however, of a different order, and what the maps lack in originality they more than make up for by their sheer visual impact. Each chart was first printed in blue, and then a second plate was used to add the gold. The holes backed with japan paper allow the stars to shine when held up to the light. This, combined with the dark printed backgrounds, make Reissig’s atlas particularly striking.

Kornelius Reissig (1781–1860) was an associate member of the Russian Academy of Sciences and director of the military academy in St Petersburg. He published a variety of works on mechanics, statics, and barometrics, as well as a manual on painting.

Uncommon. No example recorded on NUC, and OCLC only notes two examples in the US; those of Pennsylvania State University and the Linda Hall Library of Science, Engineering and Technology, although the Library of Congress has recently acquired a third.

The present example is the only one recorded printed on the blue backgrounds, apparently an hitherto unknown deluxe edition issued without the 40 pages of descriptive text, not called for in our copy’s title page and added only later to the normal black and white edition (we are grateful to Mr Nick Kanas for his assistance in researching this item).

From the collection of the New York banker Gerald F. Fitzgerald (1925–2010) with his bookplate. 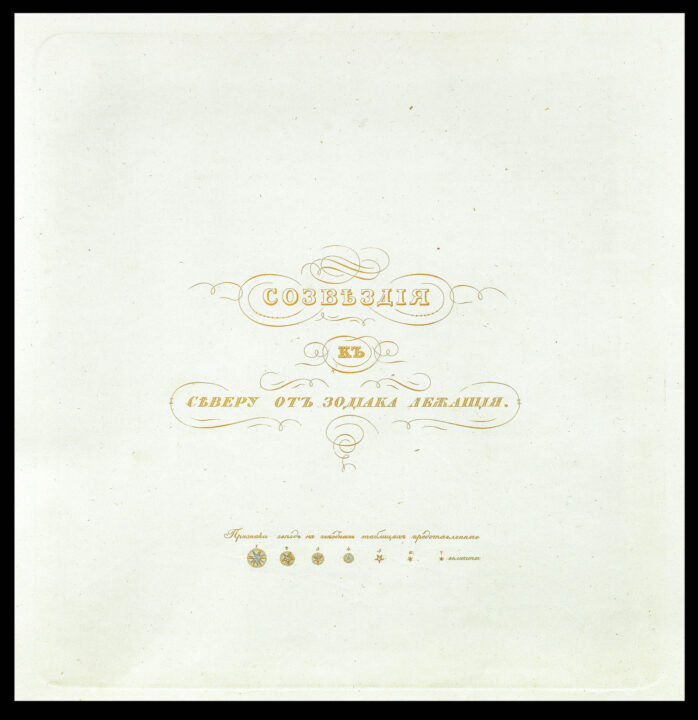 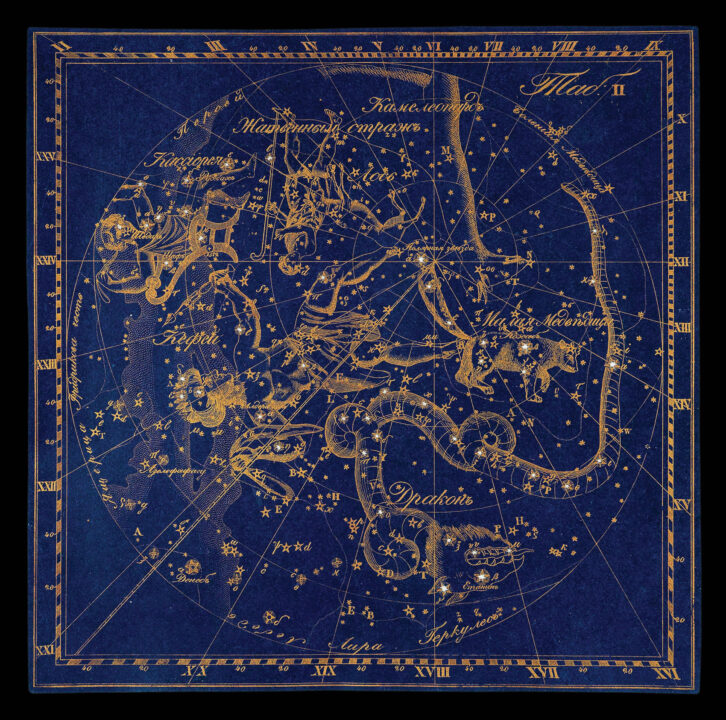 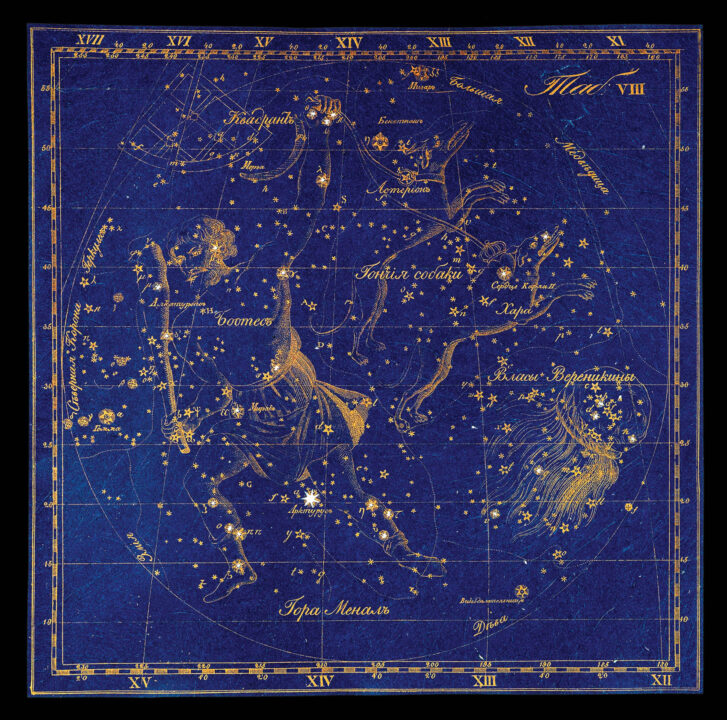 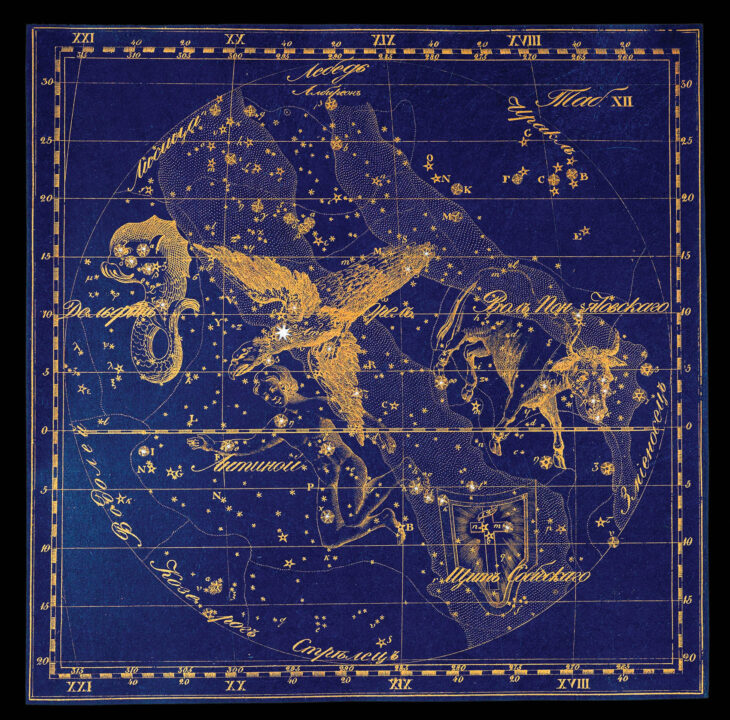 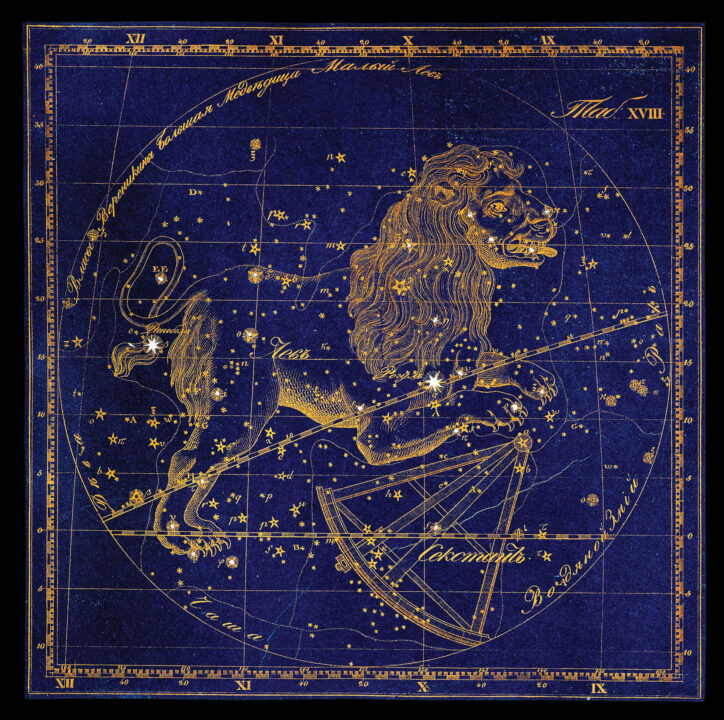