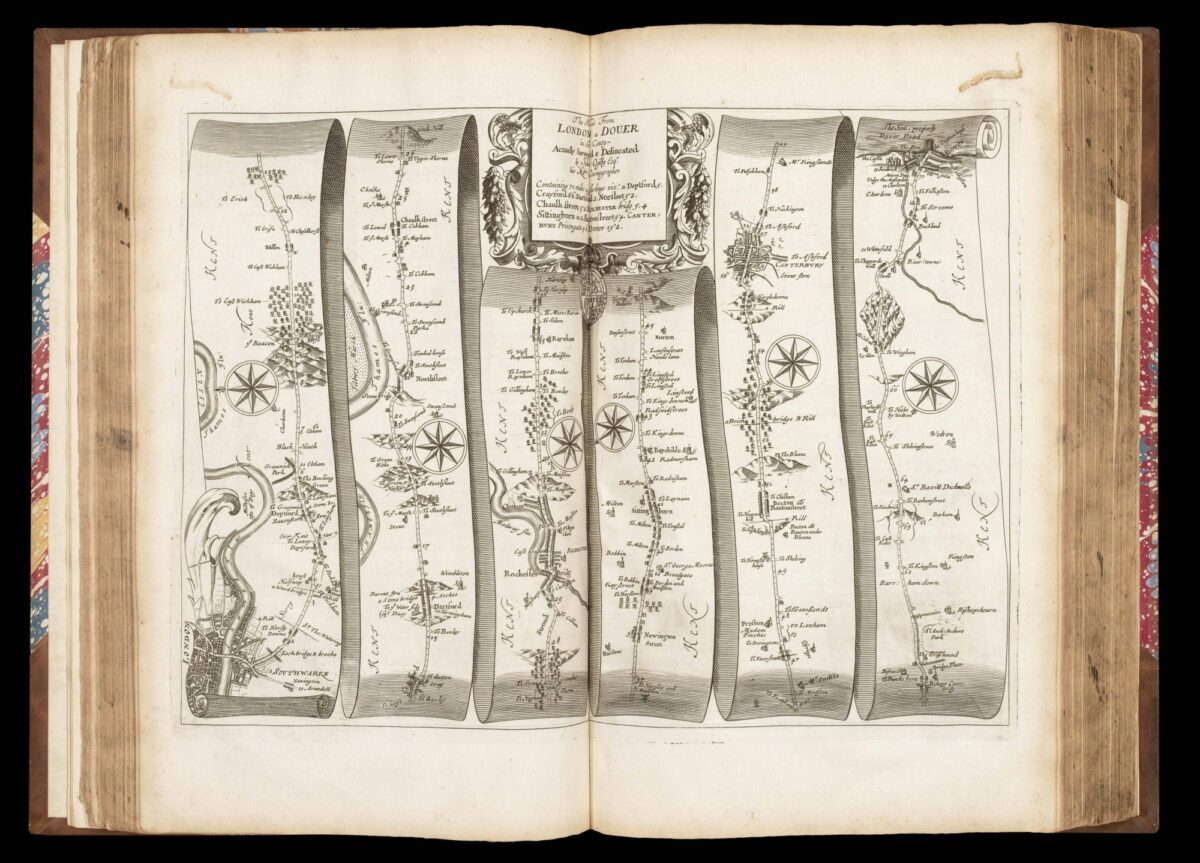 Britannia… Interarium Angliae: Or, a Book of Roads, Wherein are Contain’d the Principal Road-Ways of His Majesty’s Kingdom of England and Dominion of Wales: actually admeasured and delineated in a century of whole-sheet copper-sculps and illustrated with the ichnography of the several cities and capital towns.

A fine, tall example of the first edition of Ogilby’s famous road book; the first national road-atlas of any country and a landmark in the mapping of England and Wales.

Ogilby’s work was composed of maps of seventy-three major roads and cross-roads, presented in a continuous strip form, not unlike a modern satellite navigation system. For the first time in England, and atlas was prepared on a uniform scale, at one inch to a mile, based on the statute mile of 1760 yards to the mile. Ogilby claimed that 26,600 miles of roads were surveyed in the course of preparing the atlas, but only about 7,500 were actually depicted in print. 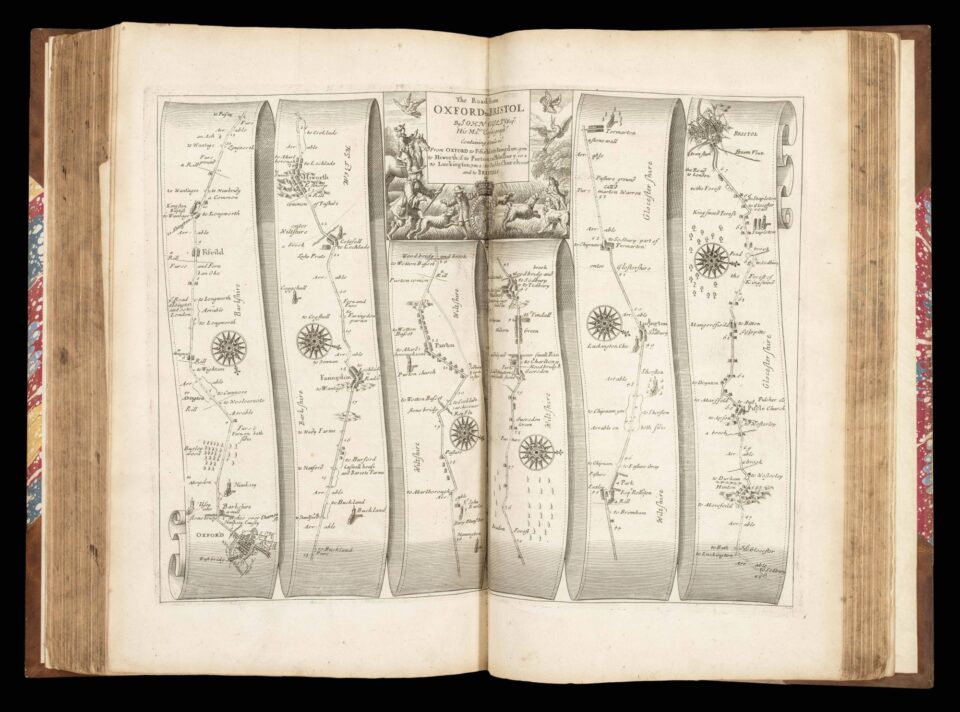