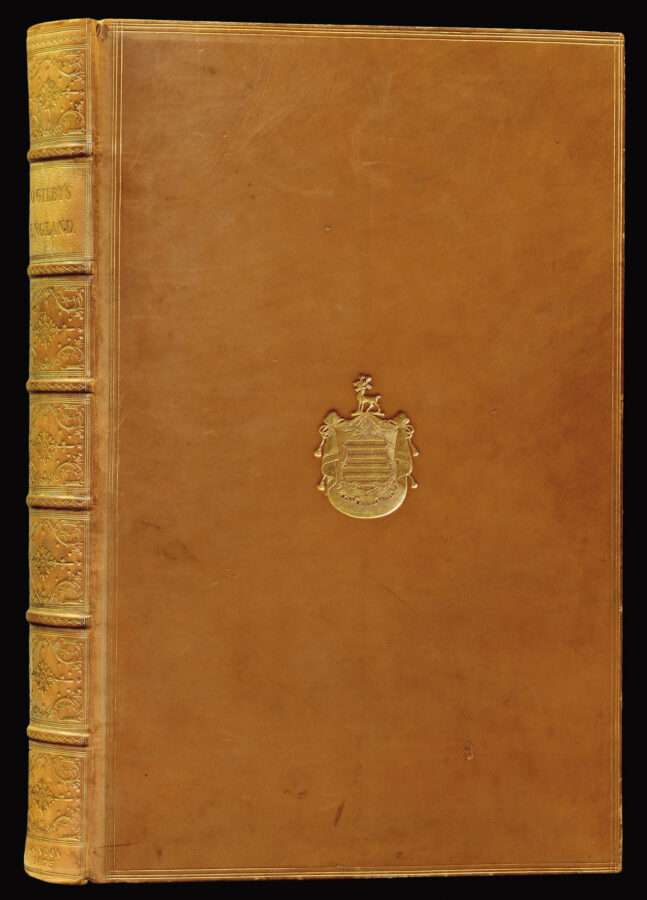 Britannia Volume the First. or, an Illustration of the Kingdom of England and Dominion of Wales: By a Geographical and Historical Description of the Principal Roads thereof.

A fine, tall example of the first edition of Ogilby’s famous road book; the first national road-atlas of any country and a landmark in the mapping of England and Wales.

Ogilby’s work was composed of maps of seventy-three major roads and cross-roads, presented in a continuous strip form, not unlike a modern satellite navigation system. For the first time in England, and atlas was prepared on a uniform scale, at one inch to a mile, based on the statute mile of 1760 yards to the mile. Ogilby claimed that 26,600 miles of roads were surveyed in the course of preparing the atlas, but only about 7,500 were actually depicted in print.

ESTC identifies two issues of the first edition, one with 34, and the other, like the present example, with 28 preliminary pages, omitting the dedication to Archbishop Gilbert.

from the library of Beriah Botfield (d.1863)

Beriah Botfield was a British member of Parliament representing Ludlow in Shropshire. An book collector in the mould of the third Duke of Roxburghe, the second Earl Spencer, and especially his contemporary, the sixth Duke of Devonshire, Botfield went as far as to set up a private printing press in his home. The books were collected at Norton Hall, Northamptonshire, and were moved to the family seat of Longleat in the middle of the twentieth century. 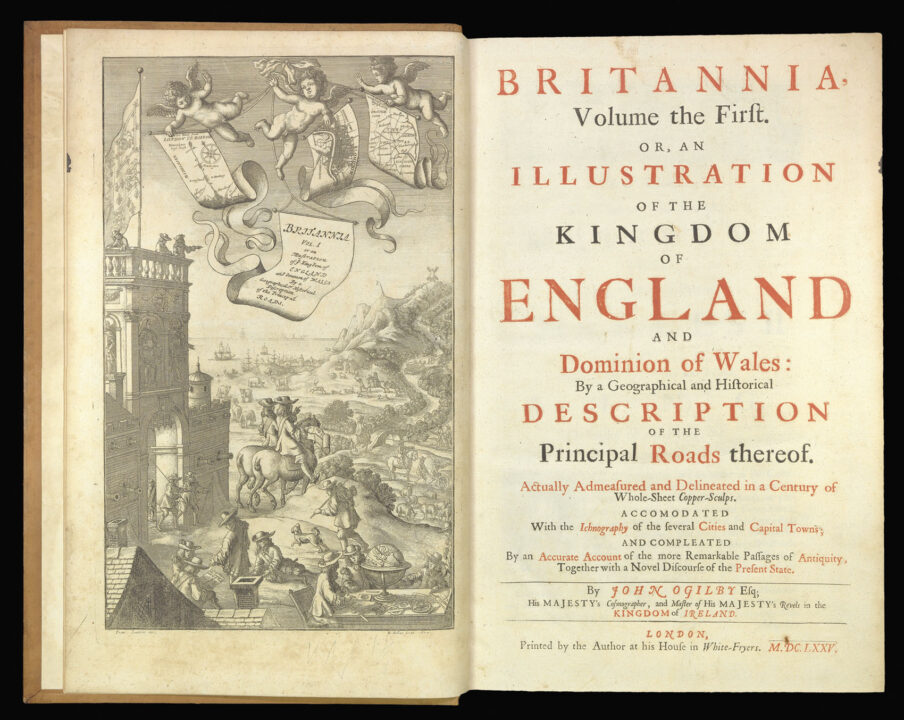 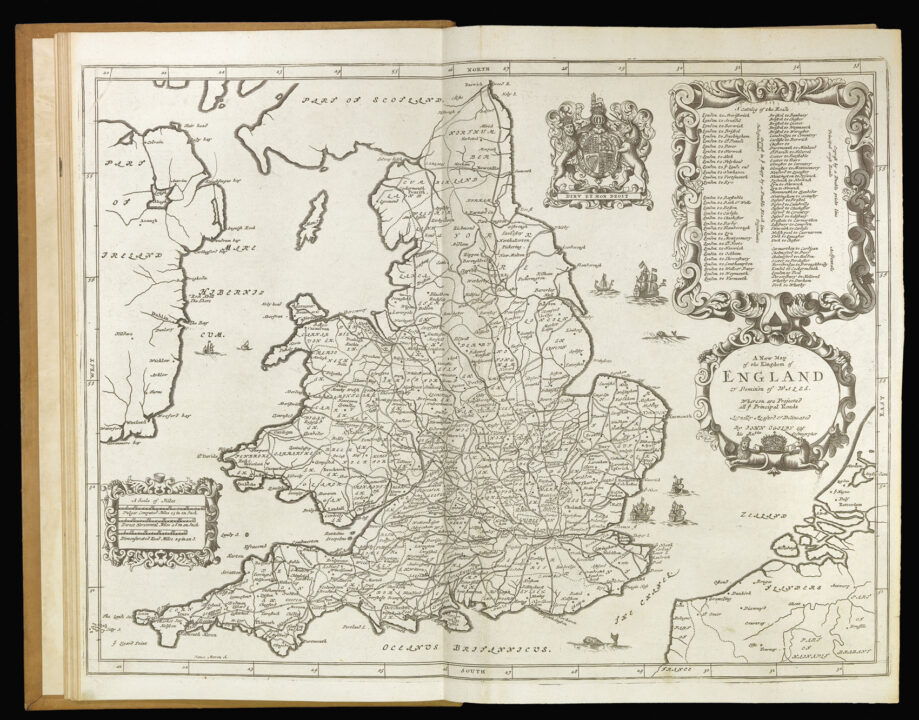 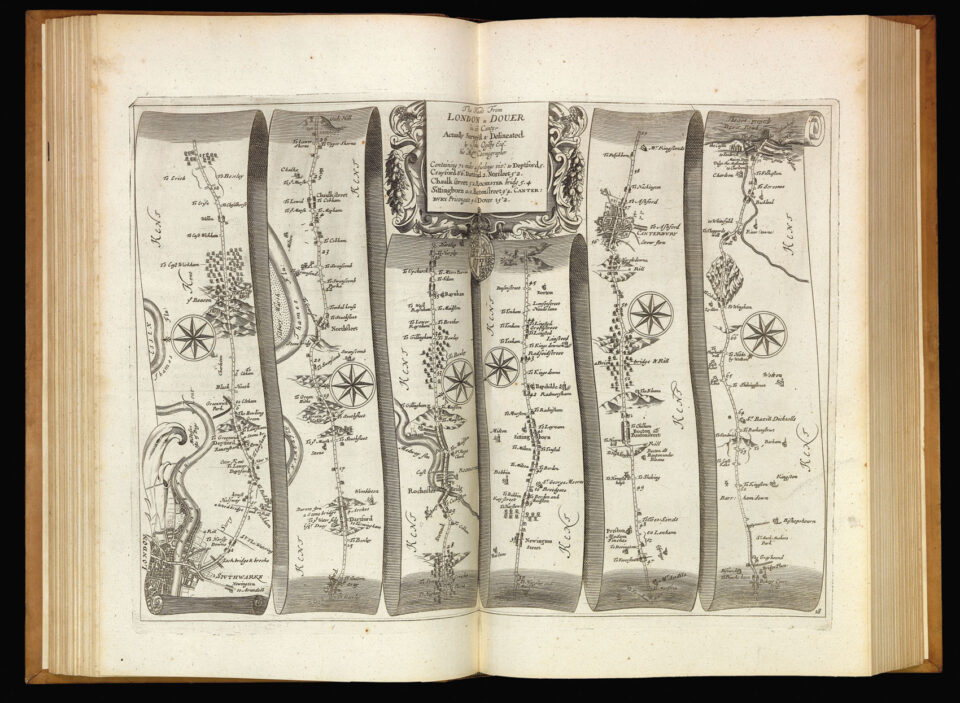 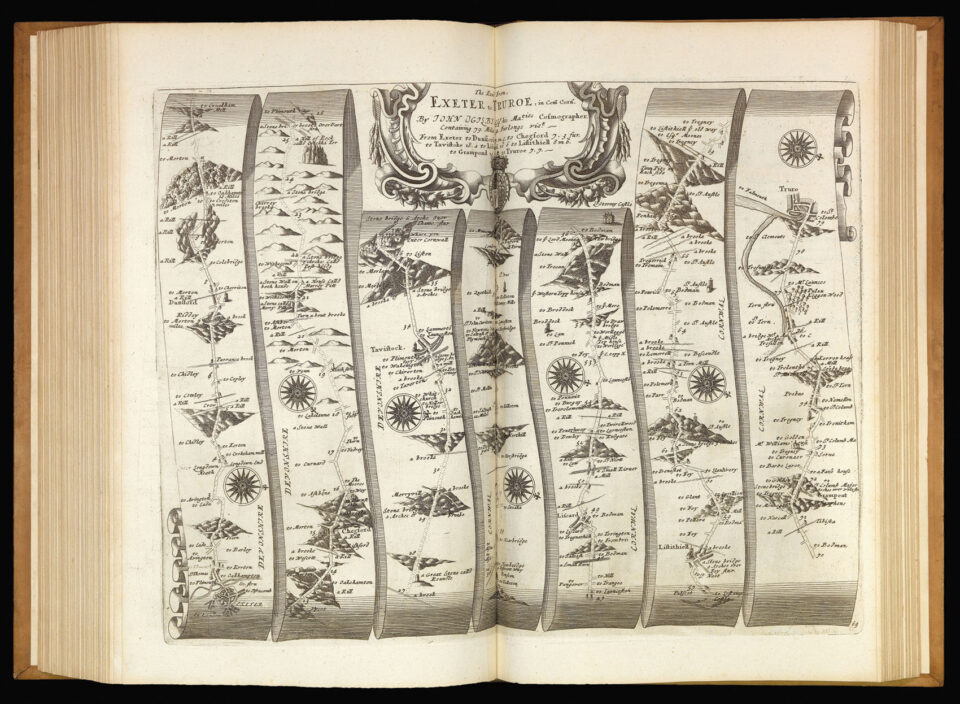