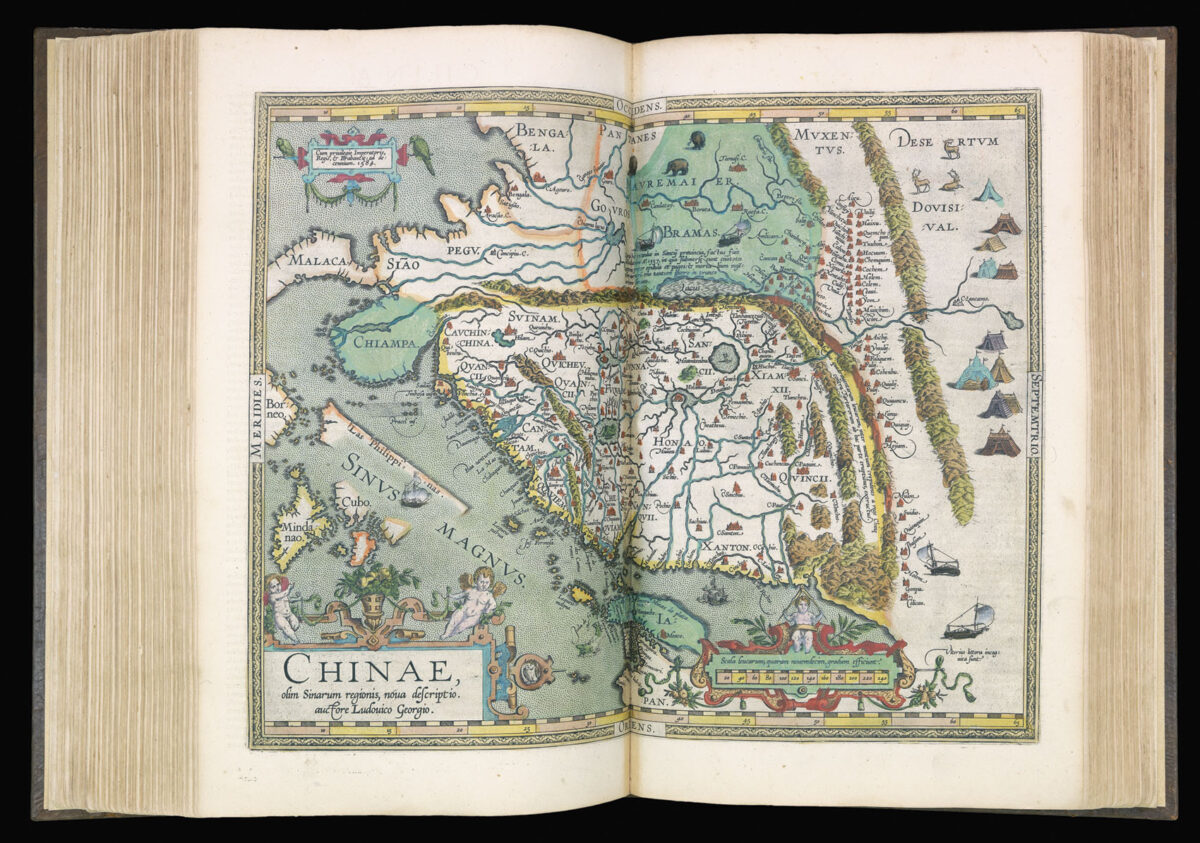 The scarce and only edition of Ortelius’s Theatrum in English.

​“The earliest world atlases to be published with English text were two editions of Ortelius’s ​‘Epitome’, published in 1601 and 1603, one from the text of Pieter Heyns, and the other from the text of Michael Coignet. But this folio edition of 1606 was the first ​‘proper’ world atlas to be printed and published in England with English text. It is a very interesting atlas from a number of points of view. It had more maps than any other edition of Ortelius, whether before or after. The book was the largest ever printed and published in England up to that date, measuring at least an inch more than uncut copies of the Bishop’s Bibles of 1568, 1572 and 1602, or the Genevan versions in black letter of 1578–83. It was a particularly small edition [i.e. print run] and not sold through the house of Christopher Plantin; no surviving copies re known of to exist on the European continent (i.e. excluding copies in the British Isles)” (Wardington Catallogue).

The English edition was based upon the 1603 Latin edition published by Vrients. Although the pause in printing of the Antwerp edition between 1603 and 1608 might suggest that all the plates were used in London for printing; the maps were in fact printed in Antwerp, most probably at the Plantin press, and then shipped to London where the text was added, and the work bound. 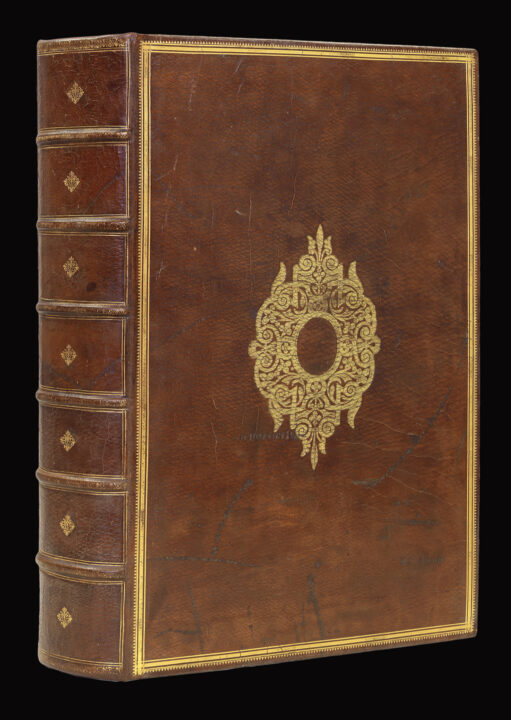 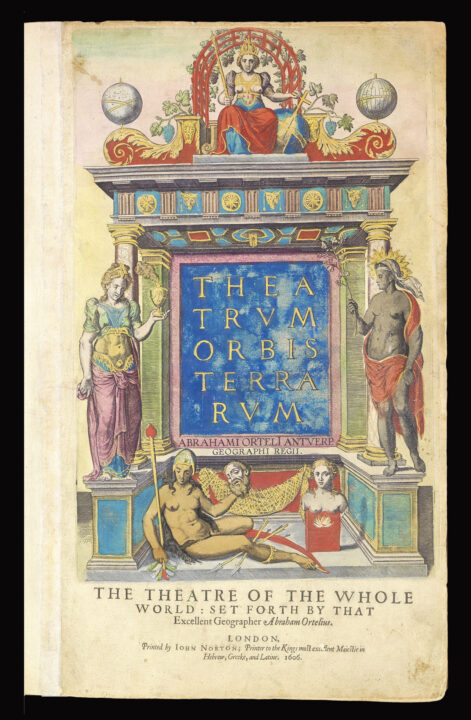 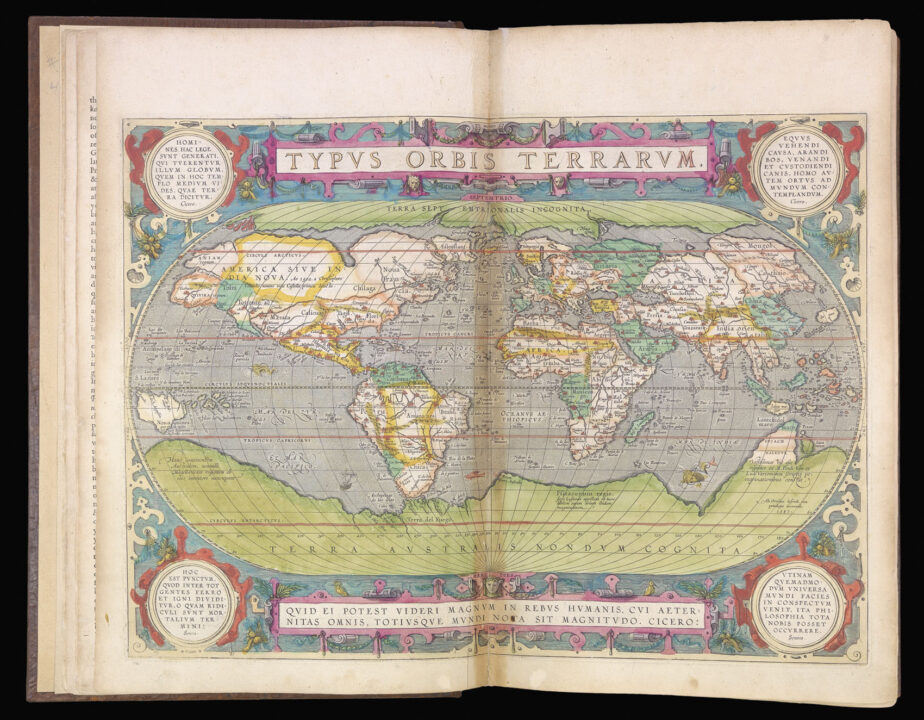 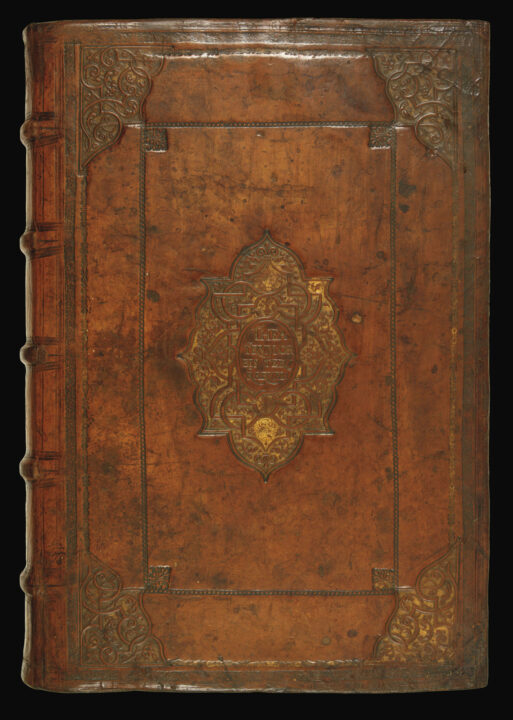