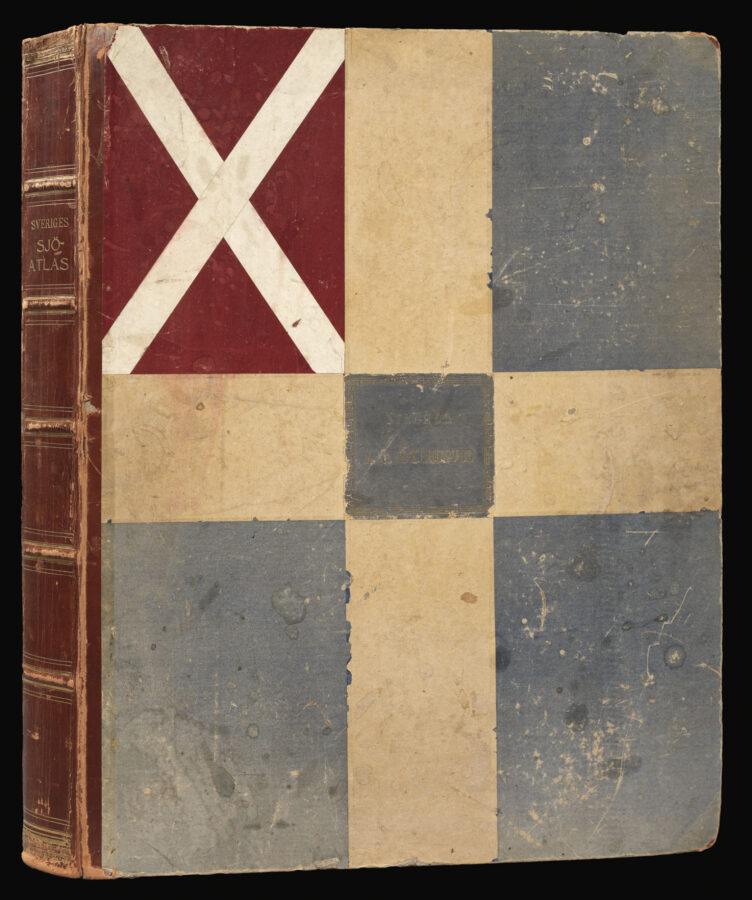 The first modern atlas of the Baltic Sea

Extremely scarce Swedish maritime atlas, published by Admiral Gustaf af Klint between 1797 and his death in 1840, continued up to 1848 by his heirs. Altogether 65 sea charts were published. Our copy (46 double-page maps and 1 printed on two sheets and joined is folded, the maps bearing dates between 1798 and 1830) was pulblished in 1830. ​“Although the large-scale charts were of the Baltic Sea and the Swedish shores, the atlas covered not only the Swedish coastline but western and southern Europe as far as the Mediterranean” (Mare Balticum p. 222).

The present atlas was once owned by Sjökapten Göran Adolph Oxehufvud (1799–1852), a captain in the Swedish navy, who commanded an ill-fated trading expedition to South America.

History of the Atlas

In 1757, a concerted effort was begun by the Swedish Admiralty to update and re-chart Swedish waters, through detailed triangulation of the coasts. The surveying work was entrusted to Nils Schenmark (1720–1788), Johan Covin (1722–1804) (later enobled as Nordenankar in 1763), and Johan Justander (1713–74). In 1772, Nordenankar was appointed head of the Swedish Sea-chart Authority, and ten years later as head of the Improvement of Sea-charts as a whole. He was helped in the great re-charting endeavour by Erik Klint (1732–1812) who had been, since 1761, triangulating the southern coast of Sweden. Between 1785–90, an atlas of charts, bearing Nordenankar’s name, was published. The work consisted of 12 charts, with the majority drawn by Erik Klint.

The Swedish Admiralty Office was disbanded in 1791, and there was no-one who wanted to take up Johan Nordenankar’s work on the sea-atlas. To rescue the situation, Gustaf af Klint (1771–1840), who at the time was captain in the navy, offered to take over the publishing of the sea-charts on contract. He had received early training as a cartographer of sea-charts from his father, Erik af Klint. The proposal was accepted, and in 1798 af Klimt was granted an exclusive licence for 20 years to publish sae-charts. This laid the foundations for ​“Svergie sjœatlas” (Sweden’s Sea-Atlas). During the period 1798–1820, af Klint published around forty charts with descriptions of the coasts. After 1818, he was awarded a public grant of 1,000 riksdaler towards the works production. When the work was taken over by the state in 1848, the atlas consisted of 65 charts.

Sjökapten Göran Adolph Oxehufvud (1799–1852). Captain Oxehufvud was adjutant and favourite of Crown Prince Oscar of Sweden. In the late 1830s Oxehufvud decided to fit out a new brig, the ​‘Oscar’, named after the Crown Prince. The brig was intended to be used not only as a training vessel for young recruits, but also as a trading vessel in order to broaden Sweden’s global trade. To this end the ​‘Oscar’s’ first voyage, with a crew principally consisting of cadets, was planed to Buenos Aires, where Oxehufvud had trading contacts. The ​‘Oscar’ set sail from Stockholm on 26th October 1840. Unfortunately, the weather was not kind and the ​‘Oscar’ soon ran into gales after leaving port, and several of the cadets asked to leave the expedition when they arrived at Helsingor, in Denmark. The voyages bad fortune continued when they collided with a ship just south of the Irish coast and were forced to put in for extensive repairs at Lisbon. They finally reached Montevideo on June of 1841, where Oxehufvud went ashore to marry a wealthy sweetheart from his youth. They subsequently sailed to Buenos Aires where he managed to sell the ship to the Argentine navy; with the money he had made on the sale of the ship Oxehufvud took the decision to stay in South America, and sent the majority of his crew back to Sweden at his own expense. It is entirely conceivable that Oxenhufvud used the present atlas on his inauspicious voyage to South America. 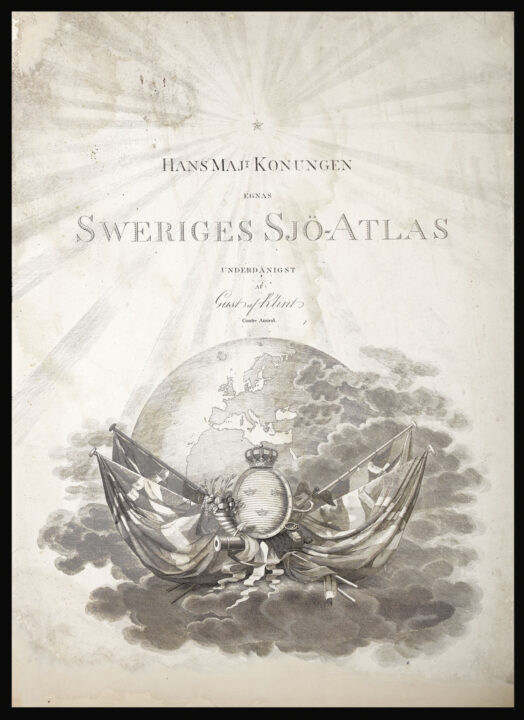 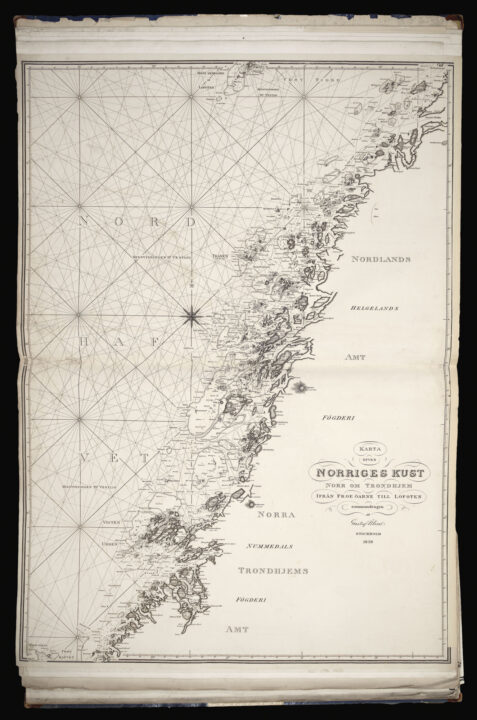 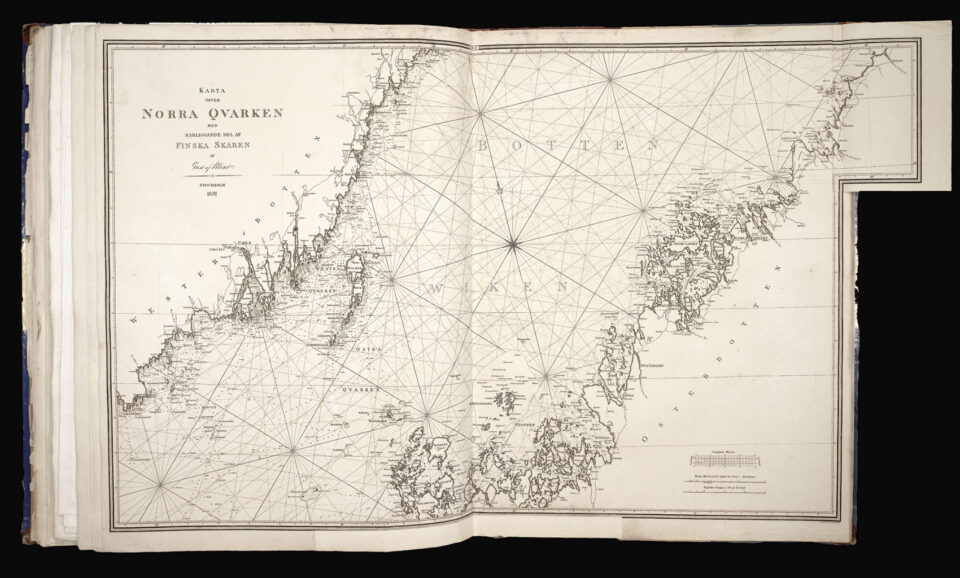 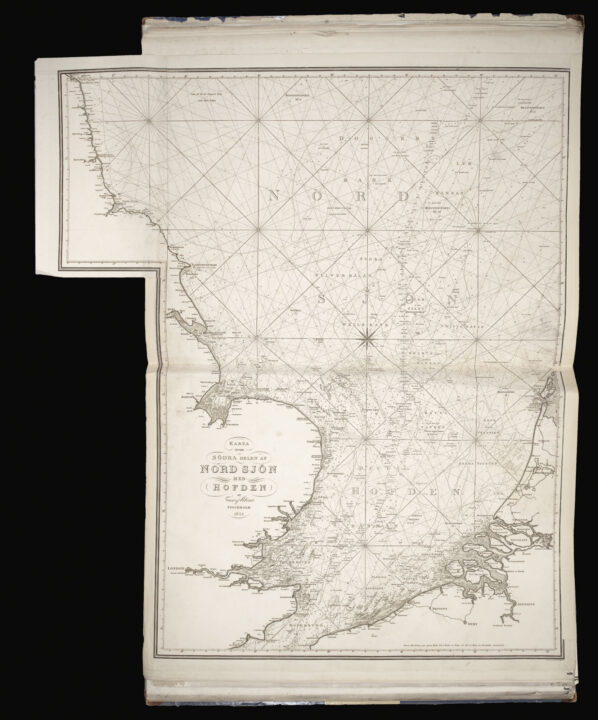 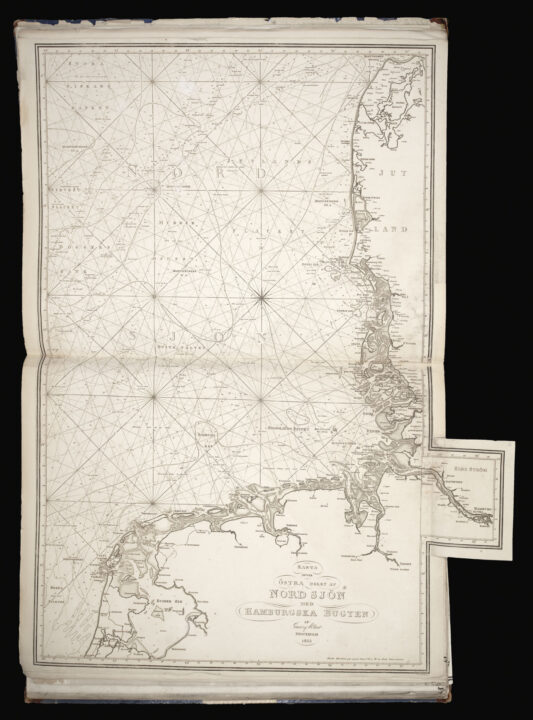 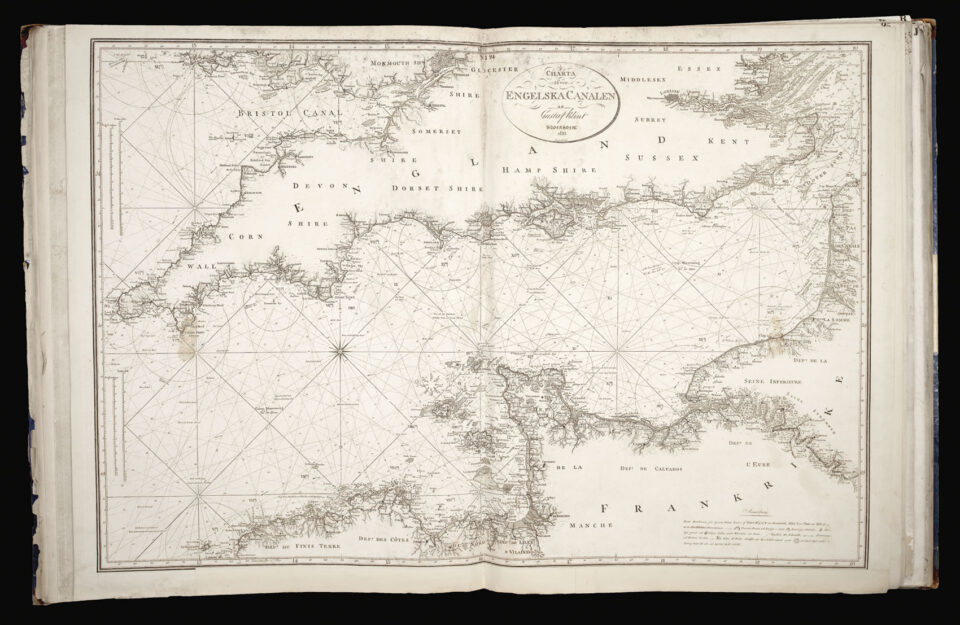