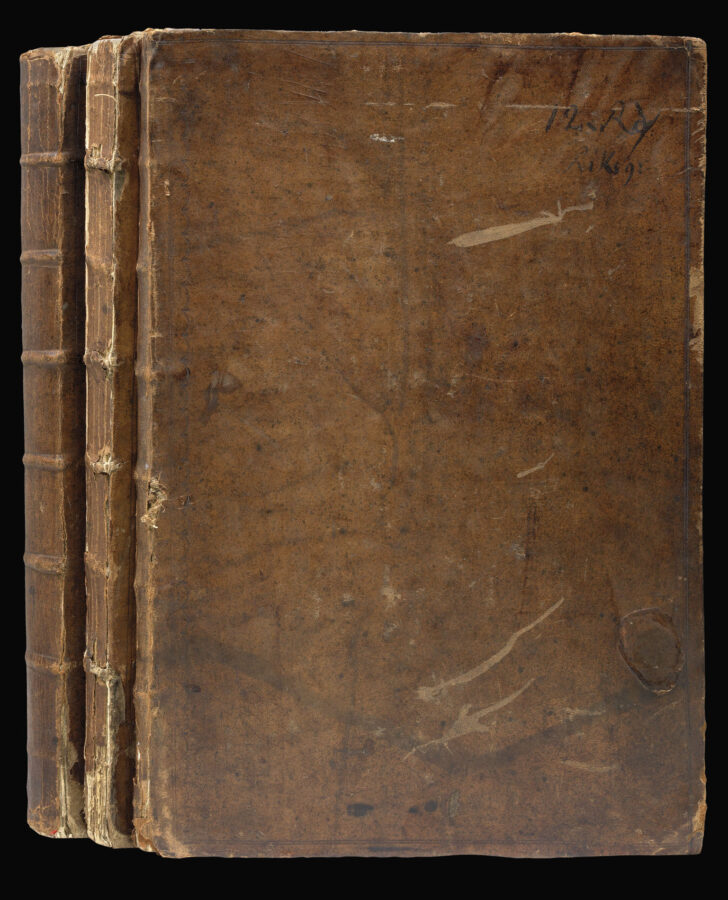 Rare uniformly bound set of four, out of the six, Navigations that made up ​‘The English Pilot’, the first major sea pilot published in England.

​“Seller’s English Pilot initiated the independent production of pilot books in England which ultimately overcame Dutch predominance” (Koeman). The works genesis can be seen as a response to England’s burgeoning global ambitions; with the foundation of numerous chartered companies, such as — The East India, The Royal Africa, The Hudson’s Bay, The Muscovy, and the Levant – and her growing colonial ambitions in the New World and India, many merchants were crying out for reliable pilot published in England, rather than having to rely on Dutch pilots published in Amsterdam.

Seller managed to publish volumes on the Southern, Northern, Mediterranean, Oriental, and West India Navigations — between 1671–1678 — before the project ran into financial difficulties. In 1678, he was forced to enter into partnership with several other mapsellers, most notably John Thornton and William Fisher. This consortium would later break up and force Seller to sell many of his plates to Thornton and Fisher, in lieu of debts. John Seller’s son, Jeremiah Seller, would publish the first Africa Navigation in 1701, with the aid of the mapseller Charles Price. All the plates and text would later be acquired, gradually, by the publishers. William Mount and Thomas Page, between 1701 and 1716, who would continue to publish the pilots until the end of the eighteenth century, often with little or no alteration to the plates.

It is highly unusual to find, as here, a uniformly bound pilot, covering four, out of the six, Navigations; in the present case, the Southern, Northern, Mediterranean, and Western. The present work has the Southern and Mediterranean pilots bound as one, as in the example in the British Library (BL Maps C.29.f.13.(1); Maps C.29.f.13.(2)). An ownership inscription to the title page on the Southern Navigation, gives the name Thomas Billing, which has been crossed out, and the name of Justus R. Offerman added. 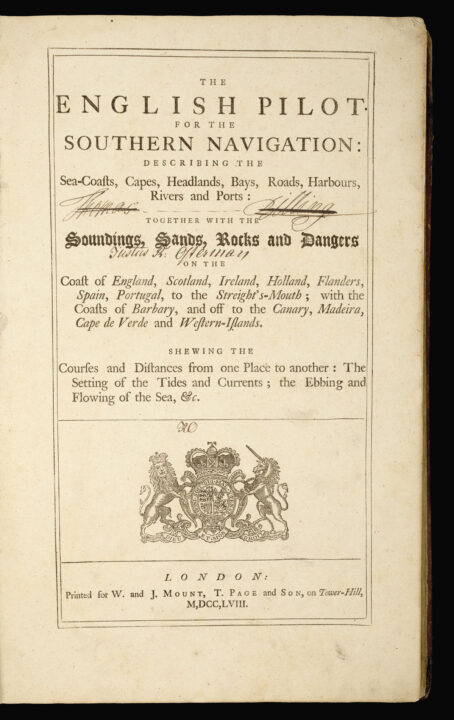 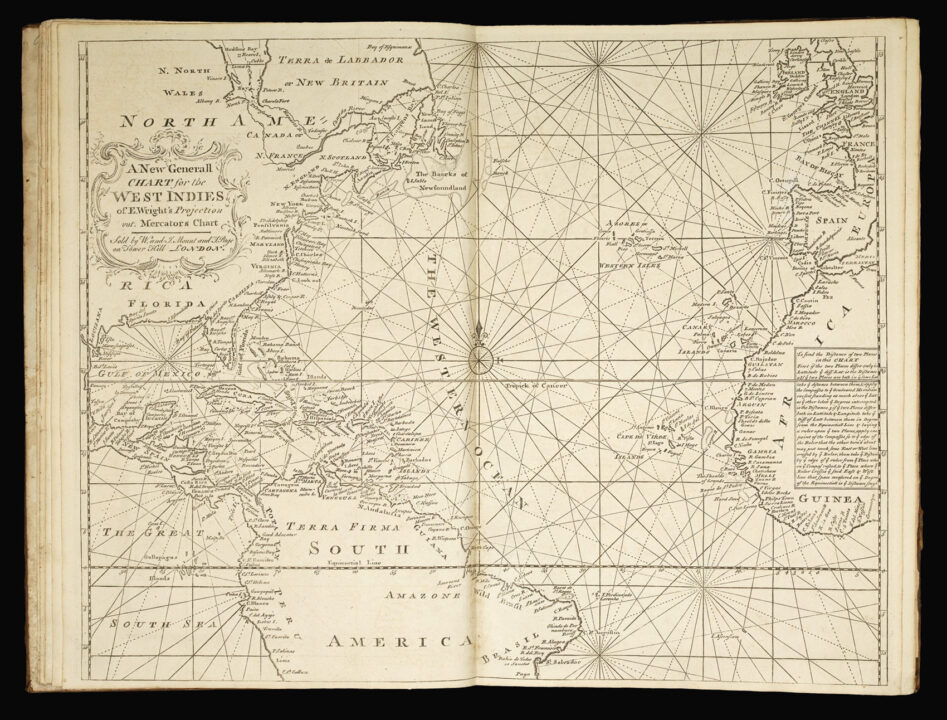 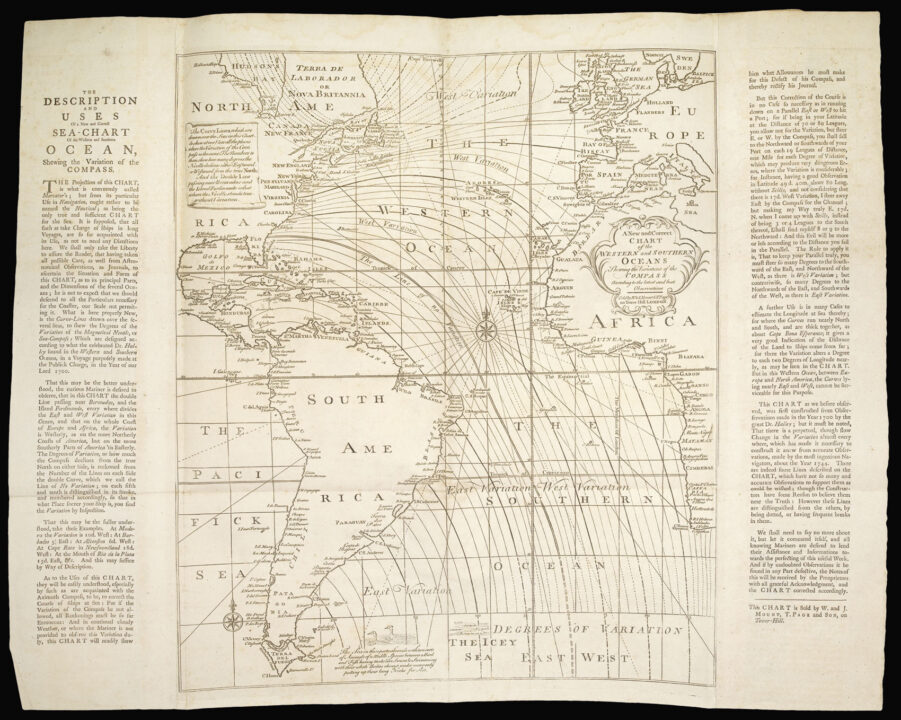 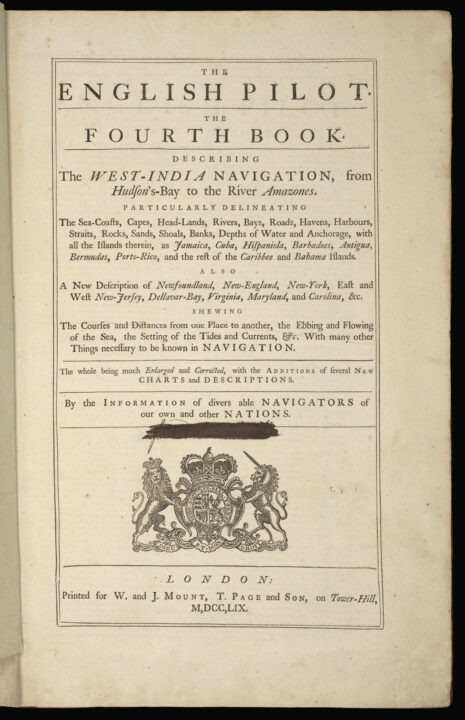 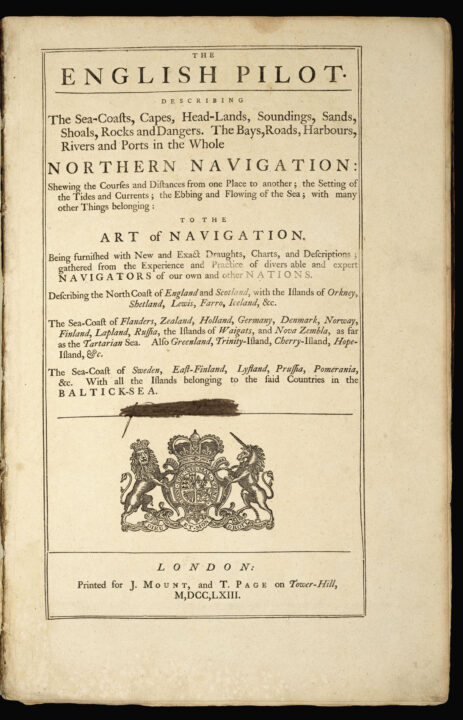 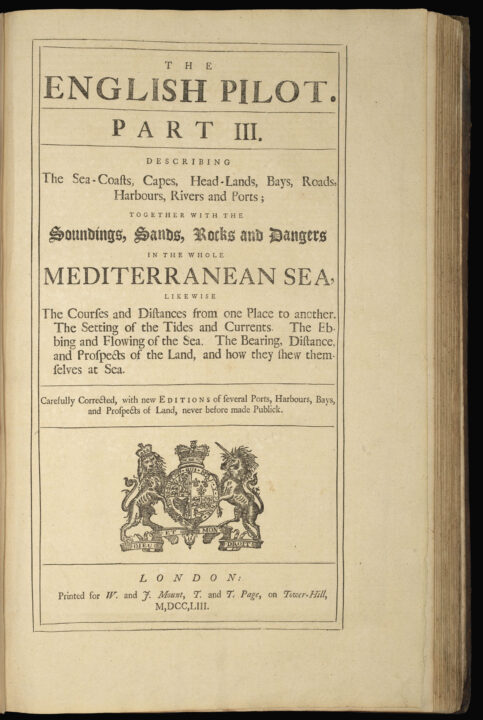