The first isolario engraved on copper

An enlarged edition of one of the most beautifully engraved isolari of the sixteenth century. ​‘L’isole piu famose’ was the first isolario with maps engraved on copper.

The isolario, or island book, was a genre developed in the Mediterranean over the sixteenth century as a unique blend of literature, geography and art. It combined up-to-date cartography with contemporary accounts of and information about the places it portrayed. Porcacchi’s work represents the culmination of a movement in the genre towards cartographical accuracy; ​‘L’isole’ was aimed specifically at readers who ​‘dello studio della geografia si dilettano’ (delight in geographical studies).

This is the third edition of ​‘L’isole piu famose’, enlarged from the original and, according to Phillips, containing 17 maps which do not appear in the 1572 original including two of the New World: Jamaica and Puerto Rico. The addition of the New World islands from the second edition onwards reflects contemporary interest in the geography of the Americas. The detailed, beautifully engraved island maps are set in context by the two splendid world maps in the closing sections entitled ​‘Descrizione del Mappamondo’ and ​‘Discorso intorno alla carta da navigate,’ pages 193 to 20. The world maps were engraved by the Paduan Girolamo Porro. Porro, well-known as a book illustrator, later engraved maps for the first small-format Mercator atlas and for a Ptolemy (both appearing in 1596). According to Shirley, the oval-shaped world map ​“is a finely-executed reduction of Camocio’s large world map of 1567, one of the last in the long line of derivatives from Gastaldi’s prototype of 1546.”

The atlas also includes the reduced-size version of Forlani’s very important map of North America – the first of the landmass as a single geographic entity. Other regions shown, in some detail, include: Crete, Cyprus and many other Greek islands, Malta, Minorca, Majorca, Ireland, the British Isles, Madagascar, Moluccas, and in the New World, Cuba, Mexico City, and Jamaica. 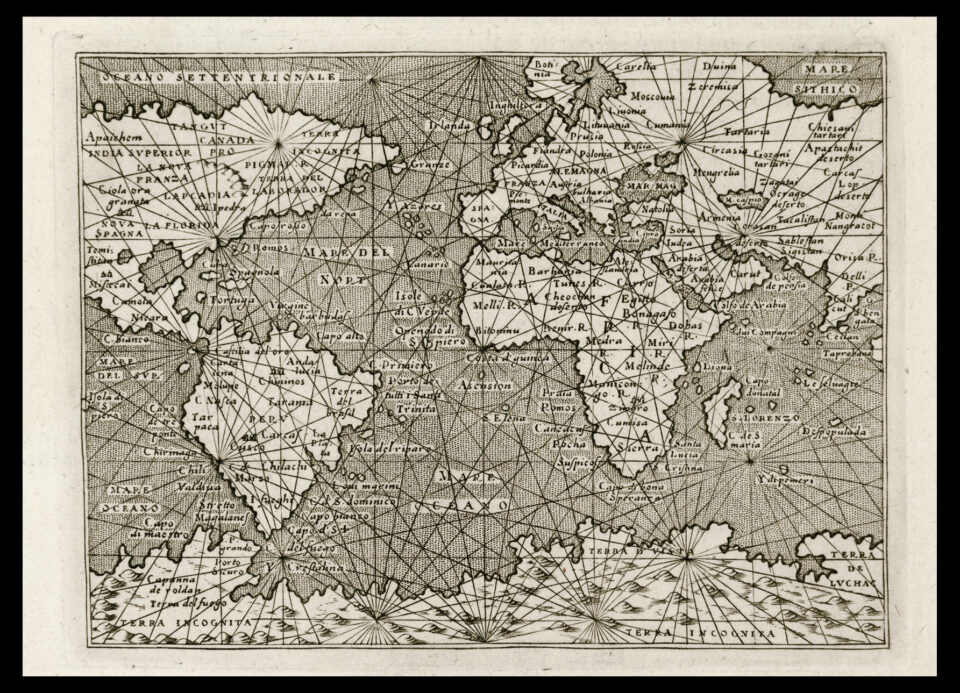 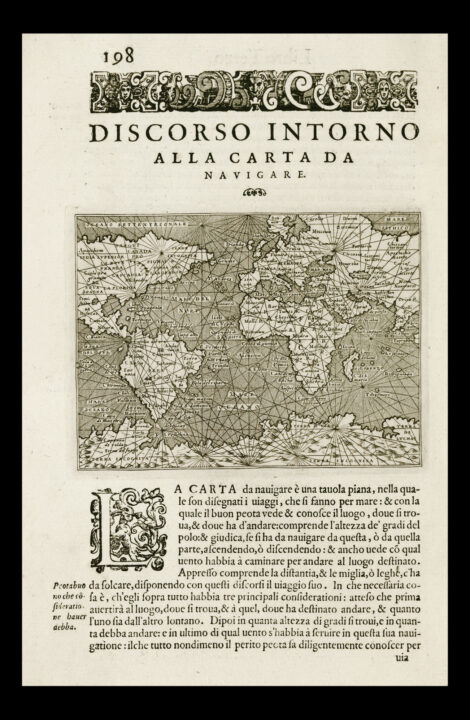