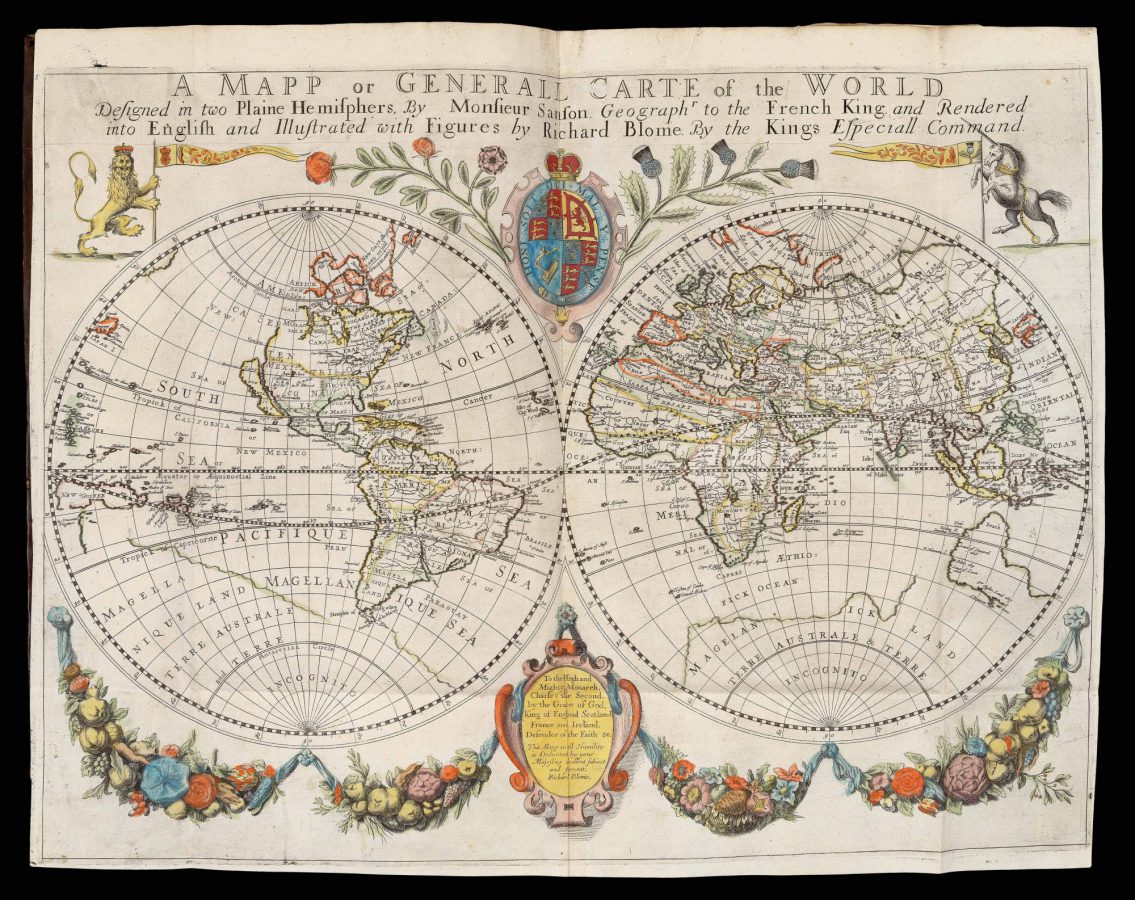 A Geographical Description of the Four Parts of the World.

Blome was one of the most prolific publishers in post-Restoration London active between 1677 and 1705. He published a number of successful volumes including Britannia (1673), which included a large series of county maps, Speed’s Maps Epitomiz’d (1681), and the present volume. S. Mendyk described him as ​“an opportunistic, businesslike cultivator of both patronage and the mapmaker’s art” (DNB).

Blome began engraving maps for this atlas in 1667. He copied the maps published by the French geographer and mapmaker Nicolas Sanson in his Cartes Generales de toutes les Parties du Monde of 1658. Sanson’s volume was notable for its depiction of America with California shown as an island. In addition to the illustrated maps, Blome’s atlas includes a wealth of information for merchants with detailed sections on the different parts of the world including comments on matters of trade.

To finance the atlas Blome sold subscriptions, which was a relatively novel strategy for the time. He required a partial payment upfront with the balance due after publication. In return, the subscriber would have his arms engraved on one of the atlas’s maps as well as receiving honourable mention within the text. He advertised the atlas in the London Gazette (No. 412, 28 October 1669) to attract subscriptions. Once published, the volume was offered at a price of 30 shillings.

Blome dedicated the volume to King Charles II and included a royal decree of assistance, dated 10 July 1669. There is a further royal decree dated 14 March 1668/9 that forbids anyone from reprinting or reproducing any form of the contents in the atlas.

The atlas was well received and was published again in later editions with the title Cosmography and Geography in 1682, 1683, and 1693 with text by Bernard Varenius.

Ex libris of Fox Pointe collection. Fox Pointe Manor houses the library of Dr. Howard and Linda Knohl, which features an extensive collection of rare books with a focus on English language first editions printed before 1700. In addition to their rare book collection, the Knohls have collected painting, decorative arts, and other collectables totalling over 80,000 pieces in all. 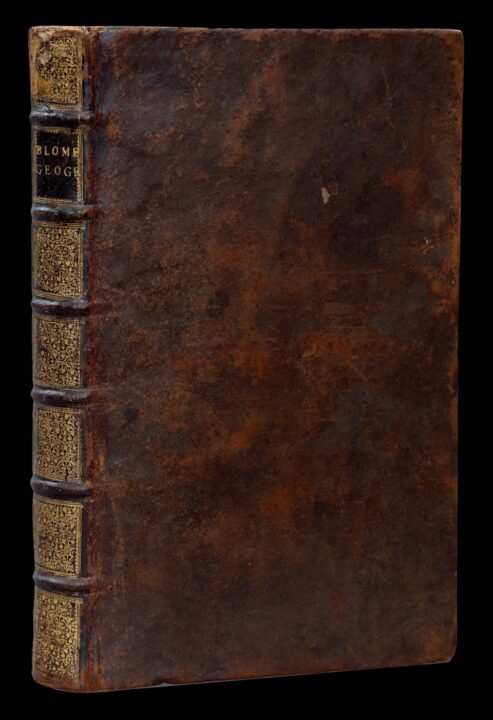 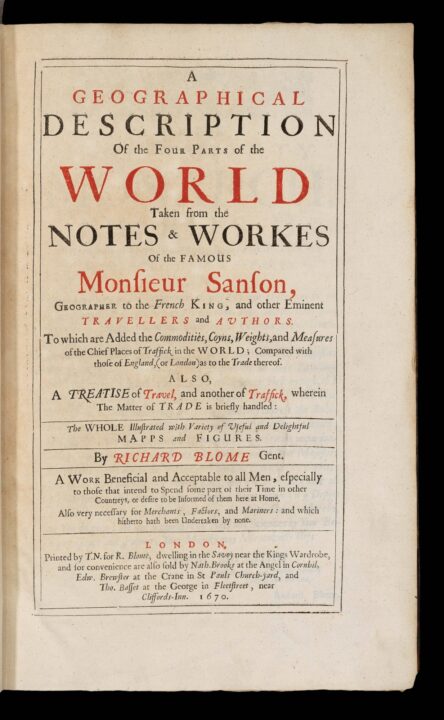 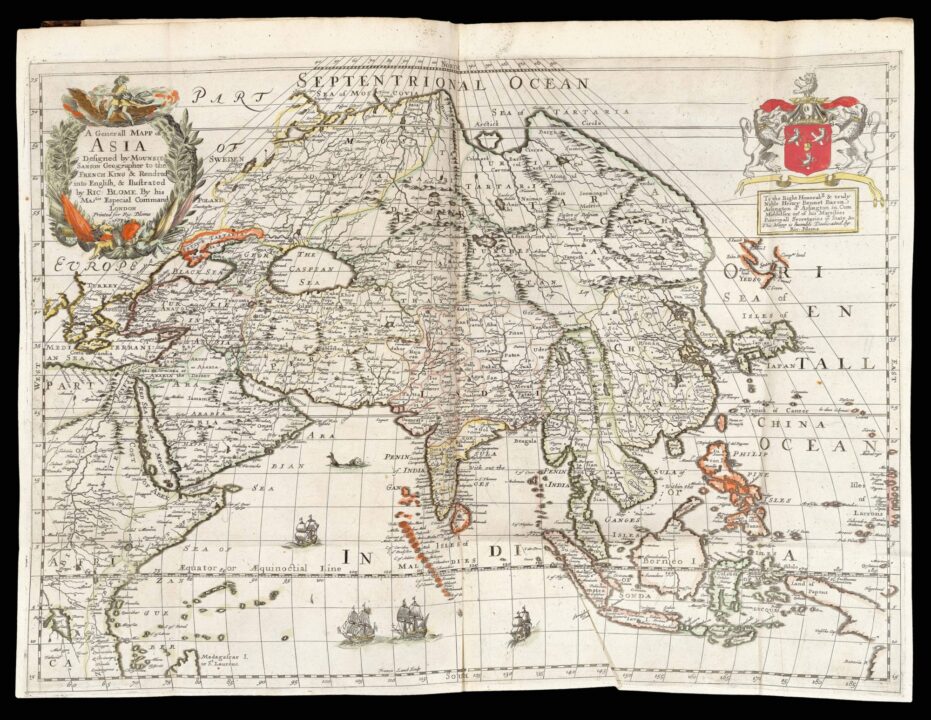 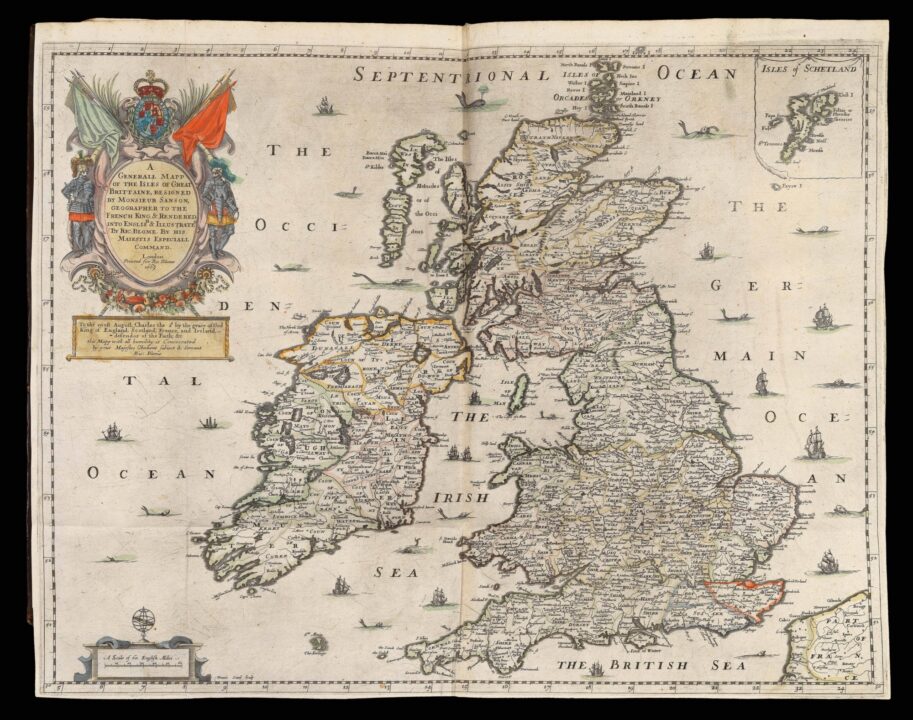 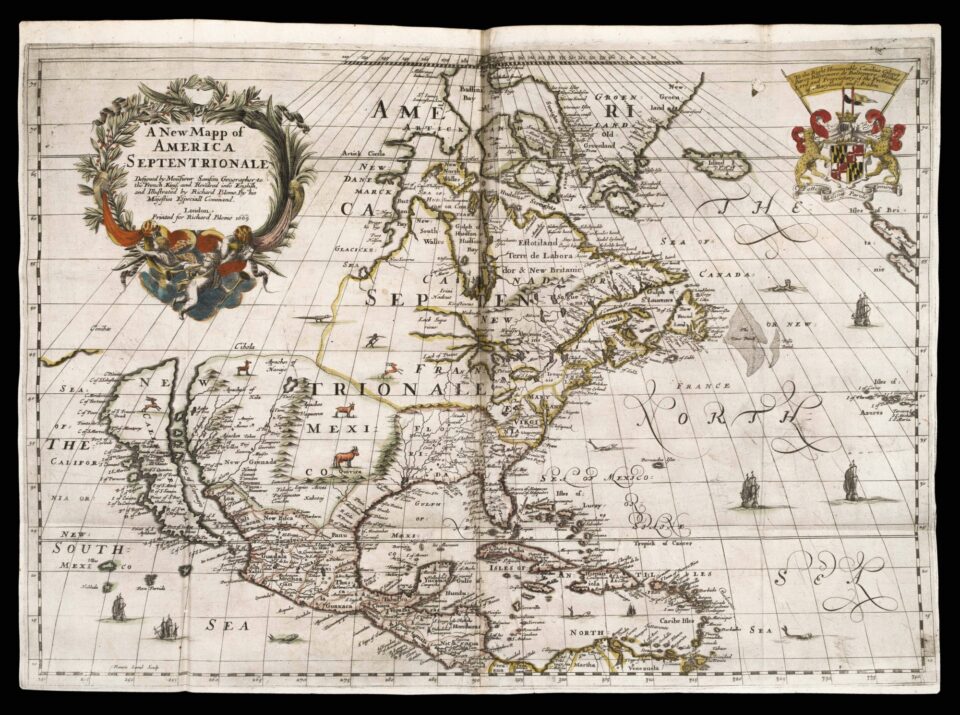